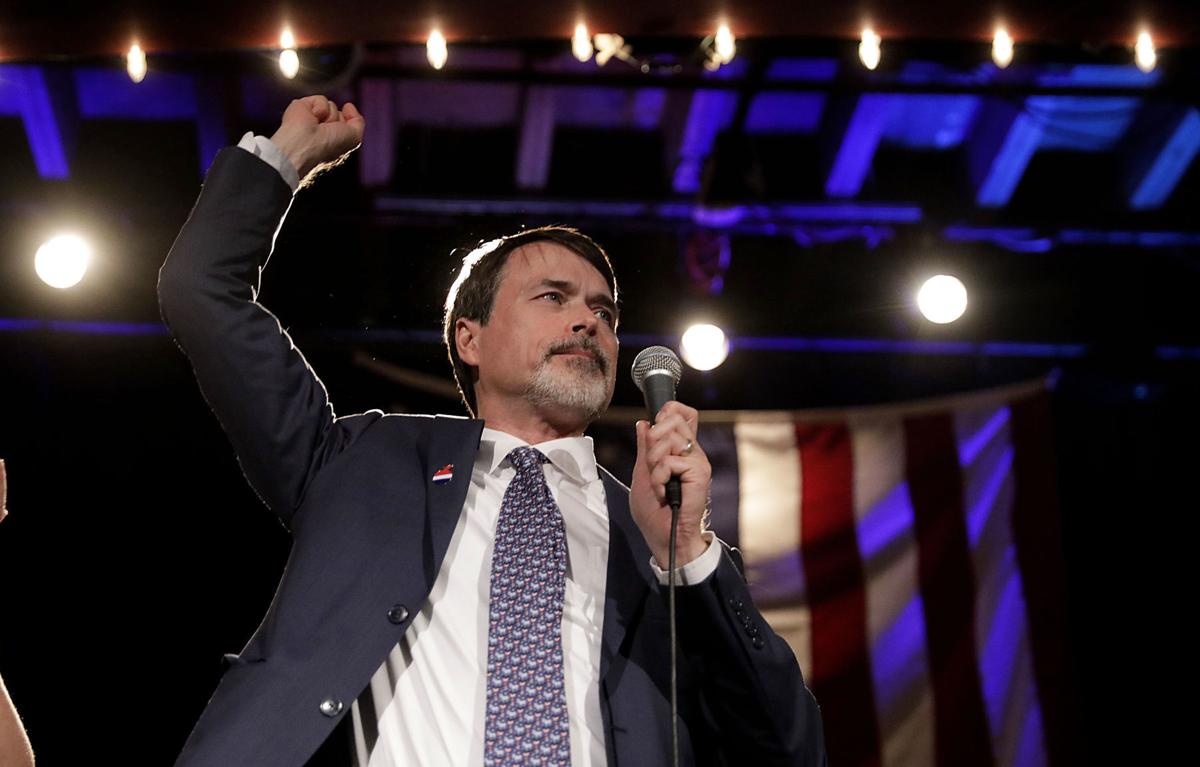 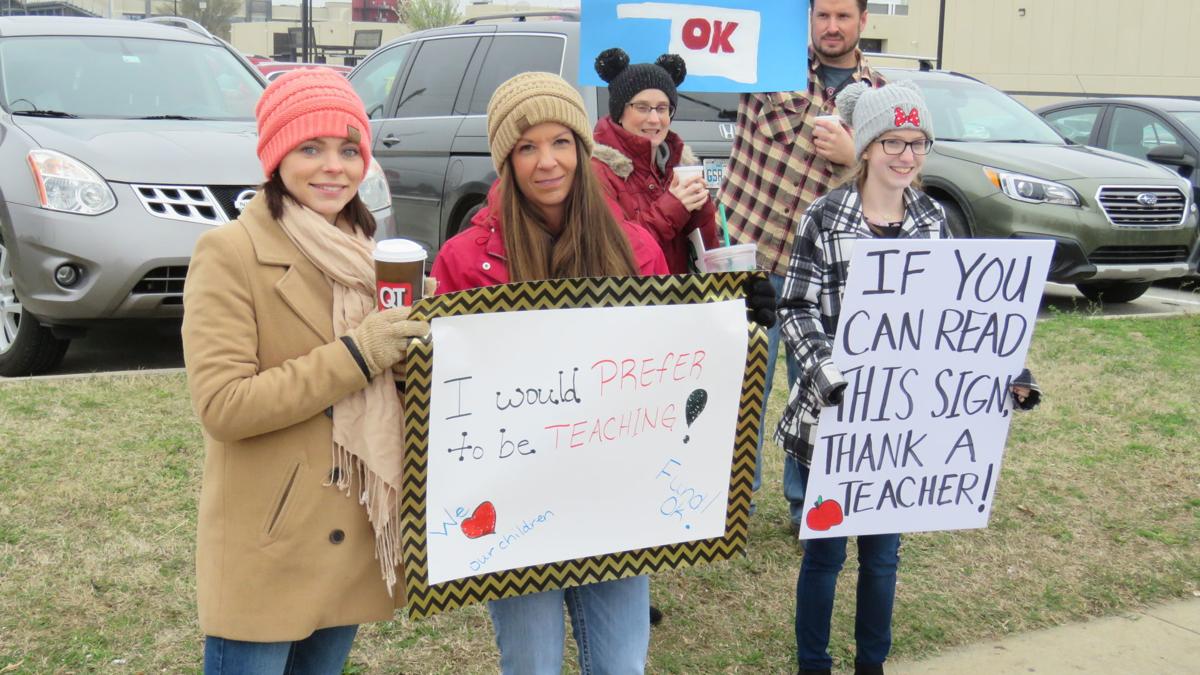 Owasso Public Schools teachers and parents hold up signs outside the high school in support of the statewide walkout. ART HADDAWAY/Owasso Reporter

Will Rogers High School teacher Emily Harris was frustrated when so many educators lost in Tuesday’s general election, but she wasn’t surprised.

Long before the teacher walkout shut down schools in April, Harris made frequent trips to the Capitol to lobby legislators and advocate against budget cuts.

She did the same during the walkout, when she still taught at Hale High School, and also helped with campaigning after schools reopened and the push to fill the Legislature with teachers began.

“In the months leading up to the election, I tried to stay positive, and I tried to have faith that the people of Oklahoma would vote with their conscience and vote for pro-education candidates,” Harris said. “However, I was disappointed on election night when I saw how many teacher candidates were not elected.”

The Oklahoma Education Association lists 16 members of its education caucus — which includes current and former teachers, as well as education support professionals and administrators — as having won legislative seats Tuesday.

Even with the multitude of losses, Harris sees value in the victories achieved — especially in the Tulsa area.

She believes their success will embolden even more teachers to run for office in coming elections.

“I try to remain hopeful,” Harris said. “I’m going to take my disappointment and turn it into action. We still have a lot of work to be done.”

When Shawna Keller isn’t serving on the Tulsa school board, she’s teaching students at Owasso Alternative High School. Her dozen years as an educator there led to her heavy involvement in the walkout, which included a weeklong march to the Capitol.

Like Harris, Keller wasn’t optimistic going into last week despite the heavy public support that resulted from the walkout. She said that support or interest seemed to fizzle out as the months passed and the election neared. The decline became especially apparent as she worked as a field organizer for several campaigns.

“We were out on the ground and talking to people on the streets, and I kind of got the idea that people just assumed that with the raise, everything was good,” she said. “Or if they voted out the bad guys in the primary, then everything was OK. From the ground, it just seemed like the public lost a little steam.”

Keller said it’s imperative for teachers to make sure education stays in the public consciousness if they want to elect even more supporters in 2020.

Although teachers didn’t get everything they wanted in this election, Shawna Mott-Wright said they still developed a solid foundation for the future.

“If anybody thinks you always get what you want when you first start negotiating, then they’ve never negotiated,” said Mott-Wright, who is vice president of the Tulsa Classroom Teachers Association. “But we did get a lot of what we wanted, and that’s a good first step.”

In addition to paving the way for the next wave of candidates, she believes Tuesday’s winners will make an immediate impact by changing the makeup of the state’s legislative body.

The OEA’s caucus more than doubled in the Legislature, growing from nine members to 25, according to a news release. Mott-Wright said that number actually should be 26, due to the victory of a Tulsa Community College professor.

“You now have more people in the Capitol who actually know what it is like to teach in a public school, to be in the trenches day in and day out,” she said. “I’m talking about recently, not a hundred years ago.”

When Waldron unsuccessfully ran for the state senate in 2016, it often felt like he was alone on the campaign trail, he said. He was one of the few educators seeking public office.

This election, there were 11 candidates in Tulsa working in unison to raise national awareness of Oklahoma’s teacher movement and attract public support.

Waldron said he’s been inspired by the lengths educators have gone to make their voices heard.

“I think this is the turning of the tide,” he said. “If the politicians in Oklahoma City want to be secure in their jobs, then they have to answer the call these teachers are making. They’re either going to have to be more responsive in education policy or face more and continued serious challenges to their power.”

While Waldron celebrated his victory last week, he also overcame disappointment about having to give up the teaching position he’s had for two decades. Oklahoma law forbids state office holders from having a second state-employed position.

The sacrifice is worth it, he said, for a chance to restore funding to public education.

“Once you look at what’s going on, you can’t just return to your classroom and pretend it’s all right,” Waldron said. “You get up, and you fight for it. If that means I have to leave the school so that other kids can have access to a decent education, then that’s a small price.”

Owasso Public Schools teachers and parents hold up signs outside the high school in support of the statewide walkout. ART HADDAWAY/Owasso Reporter