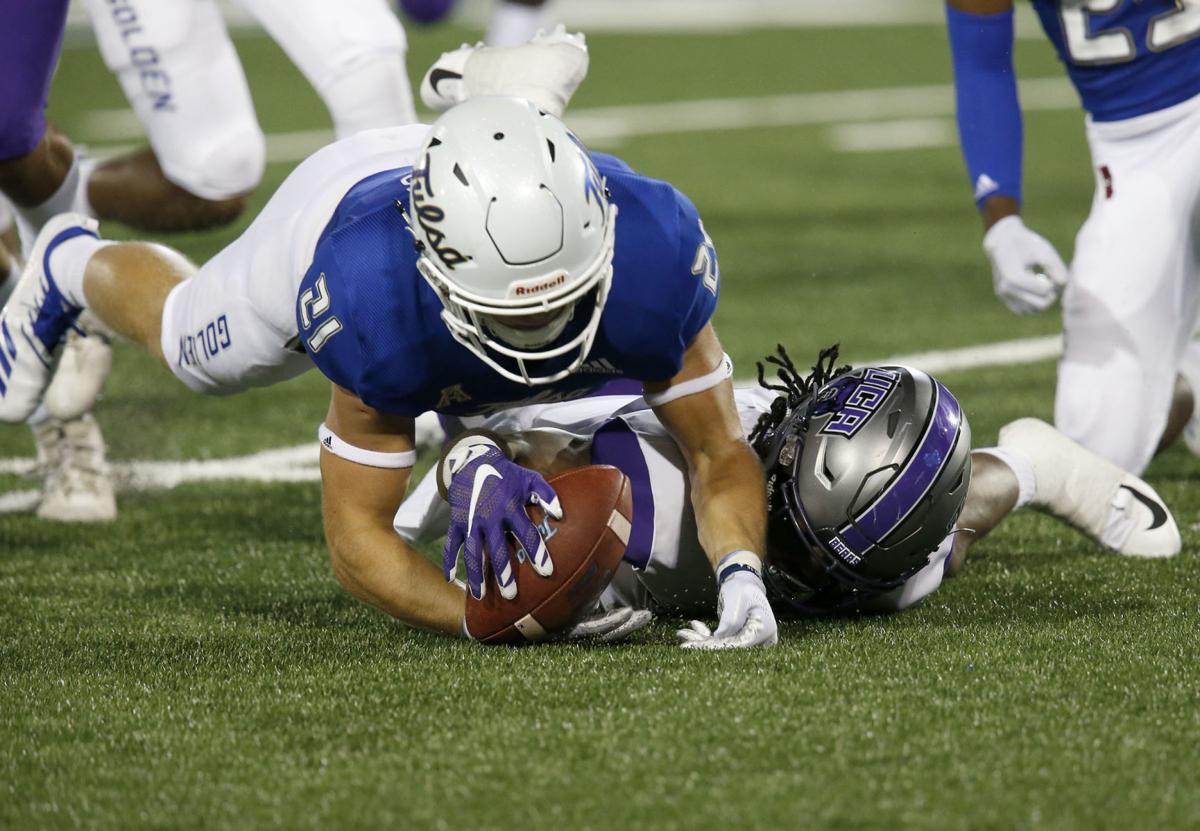 University of Tulsa redshirt freshman safety Bryson Powers (top) recovers a fumble by Central Arkansas’ Cedric Battle on Sept. 1 that led to the game-winning touchdown in the Hurricane’s only victory this season. 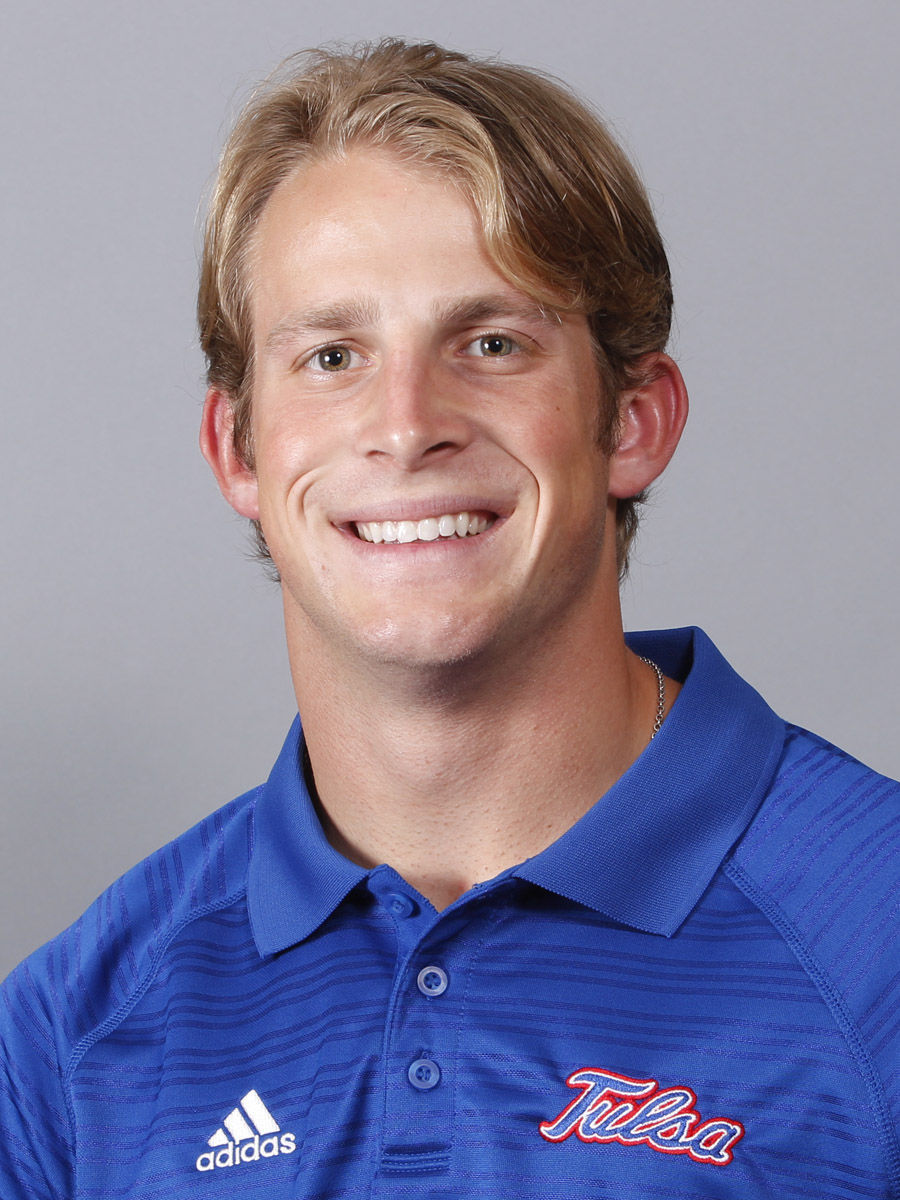 Bryson Powers had an unpleasant introduction to college football.

On the third day of the University of Tulsa’s fall camp last year, he went to tackle a receiver and his knee buckled. He missed the 2017 season and part of spring drills with a torn ACL.

“It was tough coming here your freshman year and wanting to play football, and not being able to do that for a full year was rough on me mentally and physically,” Powers said. “But I really worked hard with the trainers and they did a great job getting me back and (so did) the strength program getting me back to full strength.”

Since recovering from the injury, Powers came on strong during his second fall camp and emerged as a playmaker at safety amid last month’s unexpected conclusion of Cristian Williams’ career. Against South Florida last week, Powers made his first start.

“We’re really just now getting a better feel of who Bryson is and what he can do,” coach Philip Montgomery said. “Even in spring ball, he was pretty limited and didn’t get to do a whole lot. He took some really positive steps through fall.”

As a senior at Klein Collins High School in Spring, Texas, Powers was used all over the field: at quarterback, running back, wide receiver, linebacker and safety. A projected linebacker heading into the season, he brings versatility that has made him especially valuable.

“I started out moving around a lot of positions this year and then unfortunately with what happened to C-Will, they moved me back to nickel,” Powers said. “I think I’ve kind of found my home there and I’m starting to really adjust and learn it. It’s nice to overcome that adversity from last year and just really start to play football again.”

Making his career debut in the Hurricane’s only victory, Powers forced a fumble against Central Arkansas and recovered another one that led to the winning touchdown. He also recorded 15 tackles and a pass breakup.

“I really love the way he’s triggering right now,” Montgomery said. “He’s really smart. He’s a young guy that has had to play a lot more in the last couple of games and he’s just going to continue to get better.”

Playing a significant role in Powers’ rapid progression has been Williams, who has shifted to a sideline-advisory role after having to hang up his cleats because of a spinal cyst that could have paralyzed him.

“Whenever he got bad news, it hit our whole team really hard,” Powers said. “It was tough. But C-Will has done a better job (of coping) than I would have done. He’s done an amazing job of almost transitioning to like a coaching figure now.

“... The second I’m off the field, (Williams is) telling me exactly what he’s seeing, what I’m not seeing, what I’m doing wrong. It’s like having another coach. He’s definitely helped me learn the position a lot better and quicker than I would have without him.”

University of Tulsa redshirt freshman safety Bryson Powers (top) recovers a fumble by Central Arkansas’ Cedric Battle on Sept. 1 that led to the game-winning touchdown in the Hurricane’s only victory this season.