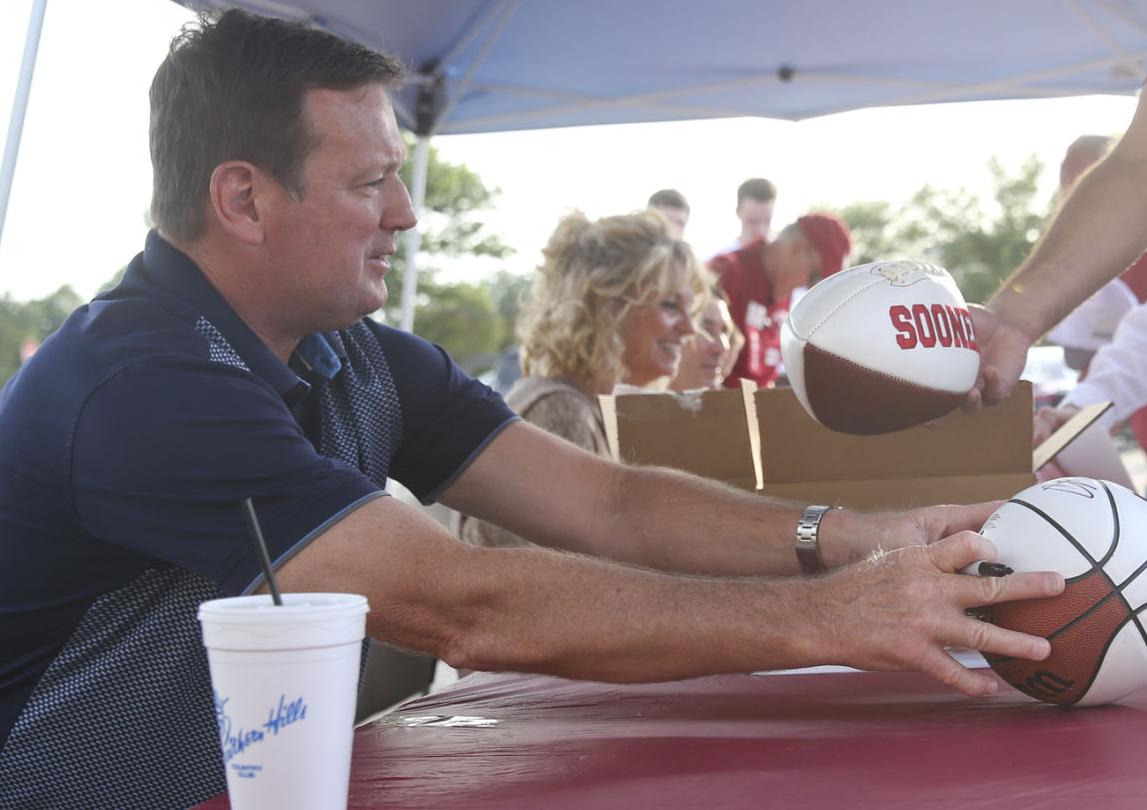 OU football coach Bob Stoops and women's basketball coach Sherri Coale sign autographs during the Sooner Caravan on Wednesday in Tulsa on May 31, 2017. 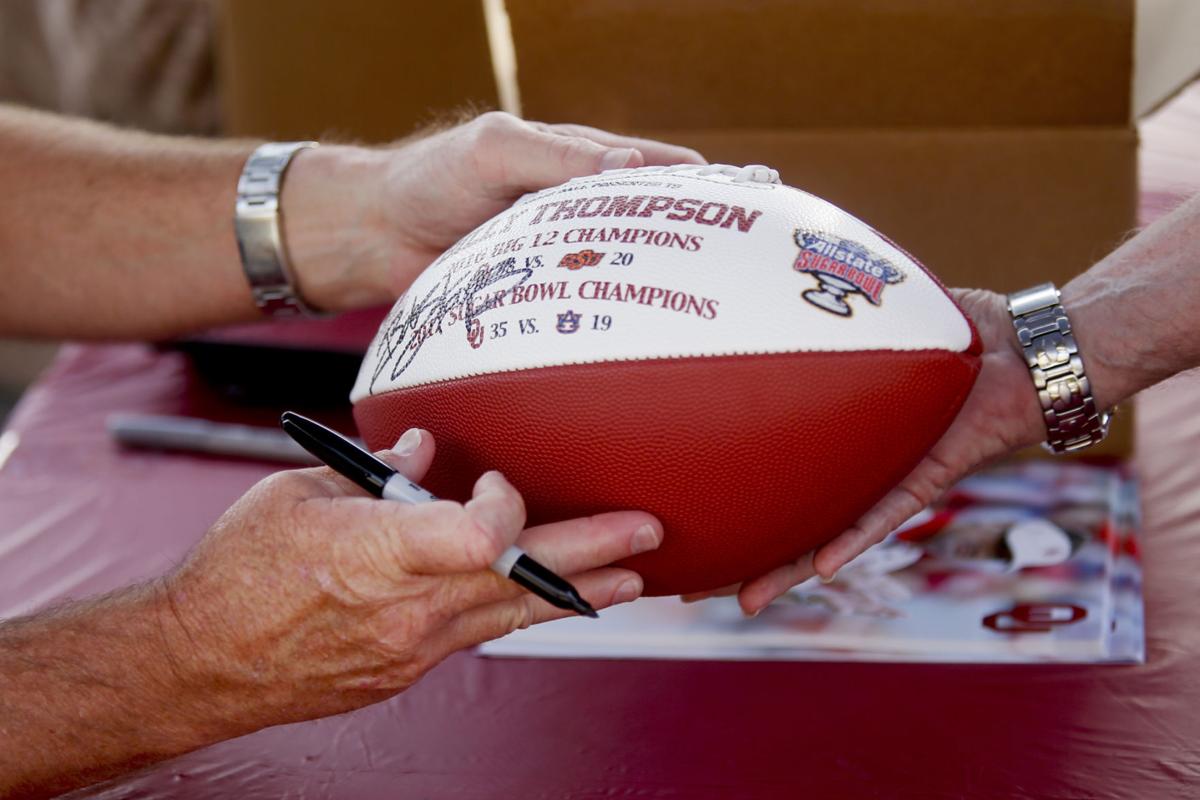 Oklahoma head football coach Bob Stoops hands back an autographed football to a fan during the Sooner Caravan at the University of Oklahoma-Tulsa Schusterman Learning Center on Wednesday, May 31st, 2017. Ian Maule/ Tulsa World

Trae Young became a Sooner when he signed a National Letter of Intent in April.

As of next week, when Oklahoma basketball players convene for the start of summer training, the former Norman North phenom becomes a Lon Kruger-coached Sooner.

Before the Sooner Caravan, conducted on Wednesday at the OU-Tulsa campus, OU football coach Bob Stoops played golf at Southern Hills Country Club. There was no report of a specific score, but Stoops says he finished with a sub-90 round.

After arriving for his Caravan appearance, Stoops found a television, watching and celebrating as the Sooners golf team vanquished Oregon for the national championship. He then addressed an interesting possibility: Whether two additional Norman North athletes — his twin sons Drake and Isaac Stoops — might also become Sooner athletes.

As members of the recruiting class of 2018, the Stoops boys are excellent high school football players. Isaac is a defensive back. Drake is a three-star prospect — a 5-foot-11, 165-pound slot receiver who has scholarship offers from Air Force, Arkansas State and Ohio.

The personal belief is that Drake Stoops, with great hands and above-average physicality and ferocity, is Big 12 good. OU good.

Last season, he was the Class 6AI leader with 1,536 receiving yards.

On the subject of his sons, Bob Stoops said, “If (playing at OU) is good for them and good for us, then that will happen. We continually evaluate a lot of young players, and they’re the same way.

While Power 5 programs typically aren’t targeting 165-pound recruits, keep in mind that Wes Welker was about that size when he played at Heritage Hall in Oklahoma City. He went on to star at Texas Tech and was a five-time Pro Bowl selection in the NFL.

When Bob Stoops played high school football at Cardinal Mooney in Youngstown, Ohio, he weighed 160 pounds. He became an All-Big Ten defensive back at Iowa.

“I played four years at Iowa at 175 pounds,” Stoops said, “and I didn’t seem to have any trouble running into anybody.”

Throughout his 32-year run as a college football coach, Stoops has been involved in recruiting. Now, as his sons are participants in the process, they benefit from their father’s experience.

“I’m a dad and adviser more than anything,” Stoops said. “That’s what I am to them.”

During the late ’50s, then-Sooners coach Bud Wilkinson’s son Jay was a brilliant football player at Norman High School. While his father’s program was defined by championships and win streaks of 47 and 31 games, Jay Wilkinson chose to play collegiately at Duke.

A few years ago, Jay Wilkinson explained to The Oklahoman that he signed with Duke because “it would have put a bit more pressure on my dad if I had played for him.”

If I were a coach and my sons were nice high school players, they wouldn’t play college football for anyone but me. Big decisions are upcoming in the Stoops household.

The fingerprints of Bob and Mike Stoops are all over the OU program. If Bob Stoops issues the invitation, will Drake and Isaac choose to fortify the family brand with the Sooners?

OU football coach Bob Stoops and women's basketball coach Sherri Coale sign autographs during the Sooner Caravan on Wednesday in Tulsa on May 31, 2017.

Oklahoma head football coach Bob Stoops hands back an autographed football to a fan during the Sooner Caravan at the University of Oklahoma-Tulsa Schusterman Learning Center on Wednesday, May 31st, 2017. Ian Maule/ Tulsa World