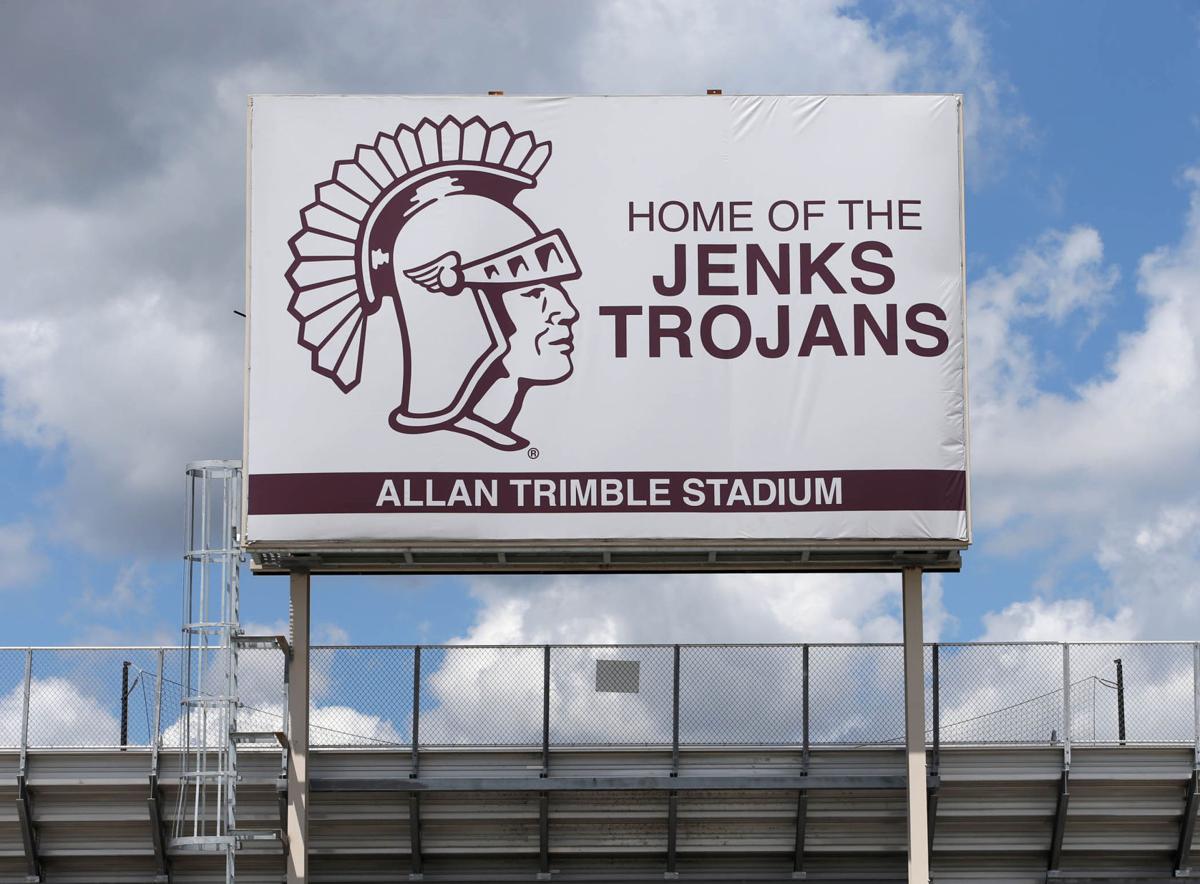 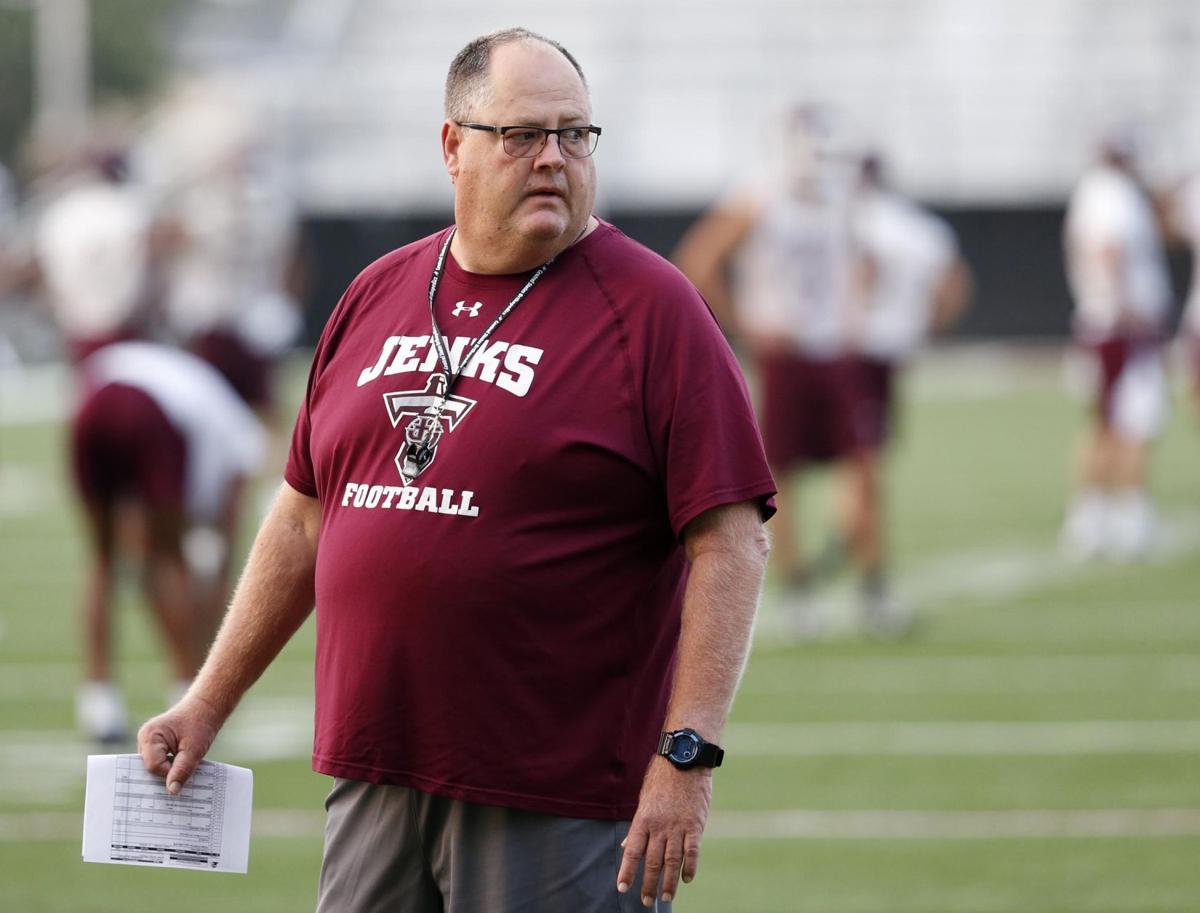 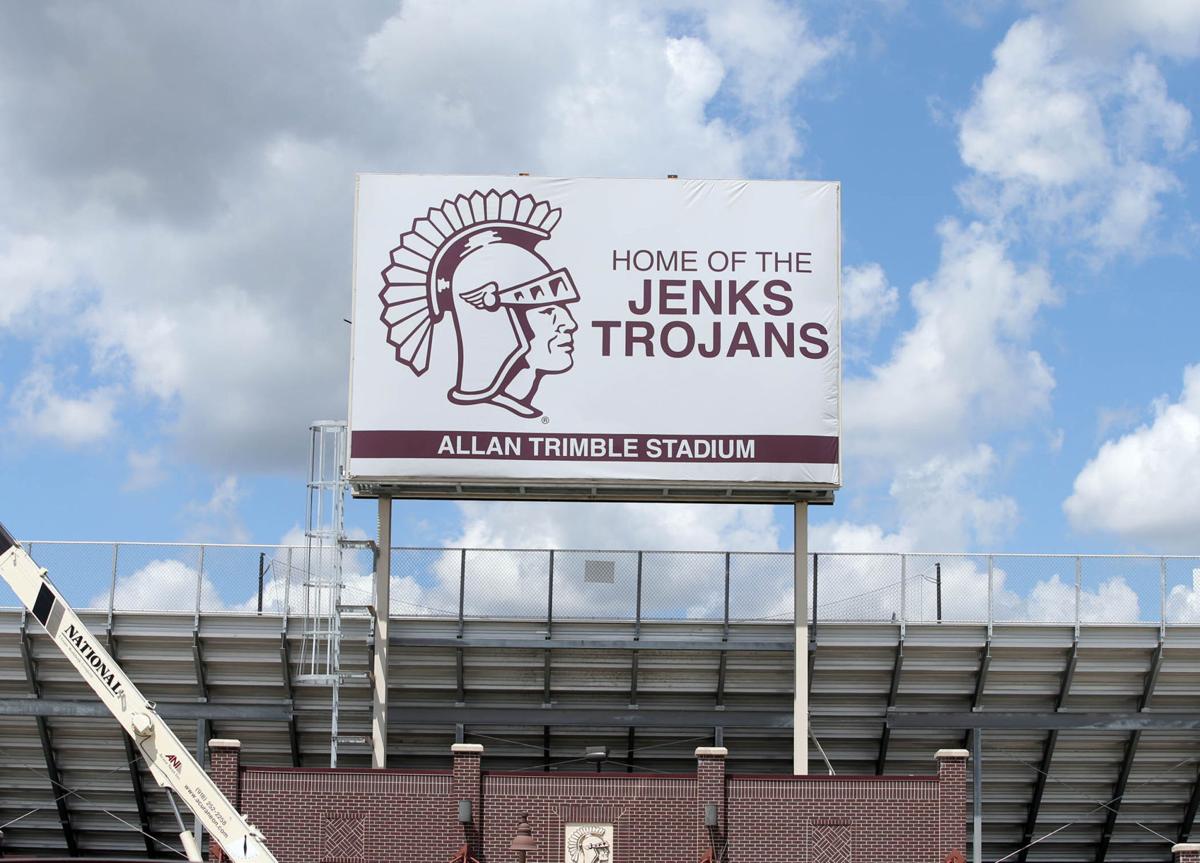 In the 100th anniversary year of Jenks football, the Trojans’ stadium is getting a new name.

It is in honor of longtime head coach Allan Trimble, who has guided the Trojans to 13 state titles over 22 seasons and is in his second year with incurable Amyotrophic Lateral Sclerosis, or Lou Gehrig’s Disease.

A news conference has been announced for 2 p.m. Friday at the stadium, athletic director Tony Dillingham said. Trimble is expected to address the public at 6:15 p.m. Friday during a ceremony as part of the preseason Jenks Trojan Preview.

The words “Allan Trimble Stadium” will appear on the renovated press box and the words are already visible on the back of the videoboard facing B Street on the south end of the stadium.

Also, the artificial playing surface will have new inserts with Trimble’s name.

On Thanksgiving Day 1929, the site was dedicated in honor of Francis Hunter and Charles Dwelley, former Trojans football players who died a year apart while working in the oil fields near Tonkawa.

Hunter died of typhoid fever in 1922 and Dwelley was killed in a gasoline explosion in 1923.