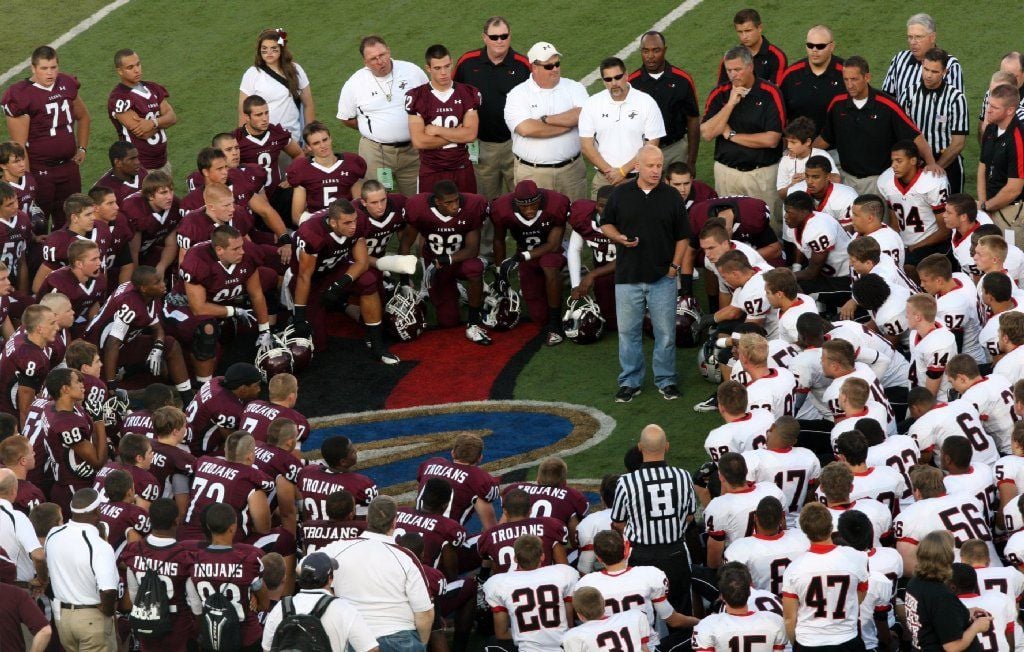 Players from Jenks and Union meet for a pregame prayer at the 2011 Backyard Bowl. CORY YOUNG/Tulsa World file 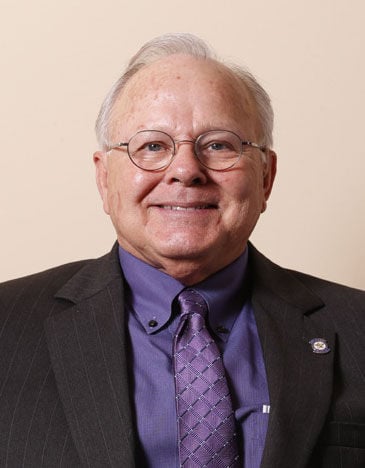 On June 9, the OSSAA’s board of directors approved a revision of its long-standing policy. Executive secretary Ed Sheakley said the policy, first adopted in 1992, adheres to federal law.

On Monday, the OSSAA issued this statement:

“OSSAA apologizes for any misconceptions or confusion that has developed over its recently revised policy on publicly recited prayer at OSSAA playoff and championship events.

Following the U.S. Supreme Court’s decision in Lee v. Weisman, 505 U.S. 577 (1992), OSSAA’s governing Board of Directors concluded that public prayers should not be offered over the public address system at OSSAA playoff and championship events, and approved a policy to that effect that referenced that court decision. This spring, as part of the regular process of reviewing and updating rules and policies, OSSAA checked to determine if the U.S. Supreme Court had changed or amended the law in this area.

OSSAA found that no substantive change in the law had occurred which would affect this policy. The U.S. Supreme Court, in fact, had specifically held in Santa Fe Independent School District v. Doe, 530 U.S. 290 (2000), that a public school district policy permitting student-led, student-initiated prayers to be recited over the public address system at high school football games violated the Establishment Clause in the First Amendment of the U.S. Constitution.

At its June 9, 2015 meeting, OSSAA’s Board of Directors approved the revision of its longstanding policy. The purpose of the revision was simply to remove the express reference to the Lee v. Weisman decision from 1992, and acknowledge the more recent decision in Santa Fe Independent School District v. Doe. No material change in OSSAA’s policy was intended. As was stated in the previous policy, the amended policy still encouraged individual member schools to consult with their own attorneys about these U.S. Supreme Court decisions and whether these decisions affected the practices at individual member schools.

OSSAA’s policy does not prevent students or other individuals from praying, or from gathering together in a group to pray, at OSSAA playoff and championship events. OSSAA staff and OSSAA’s Board of Directors are not, and have not been, trying to discourage prayer at these events."

Cleveland and his group said they are considering filing legislation next session that would bring the OSSAA under the jurisdiction of the Oklahoma Department of Education.

Players from Jenks and Union meet for a pregame prayer at the 2011 Backyard Bowl. CORY YOUNG/Tulsa World file