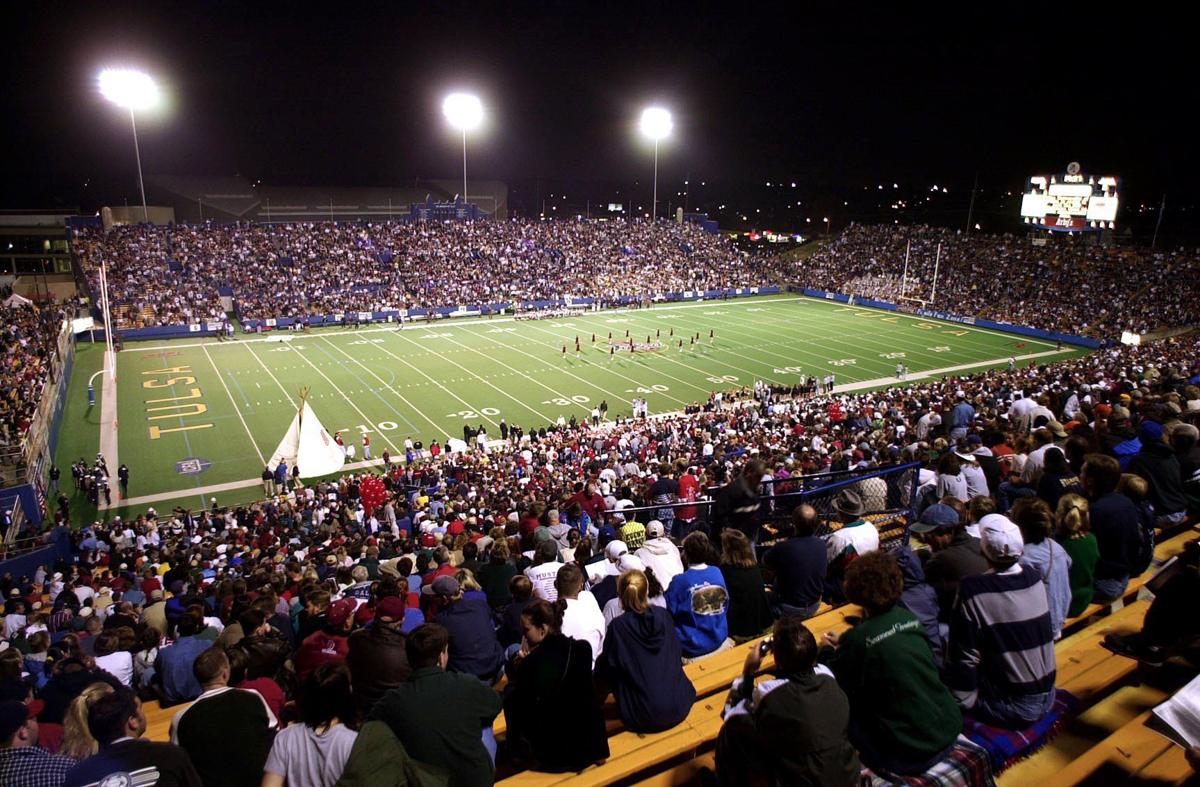 Fans packed Skelly Stadium in Tulsa on Dec. 3, 1999 for the 6A state high school football championship game between Jenks and Union high schools. Jenks would go on to win, 14-7. Tulsa World file 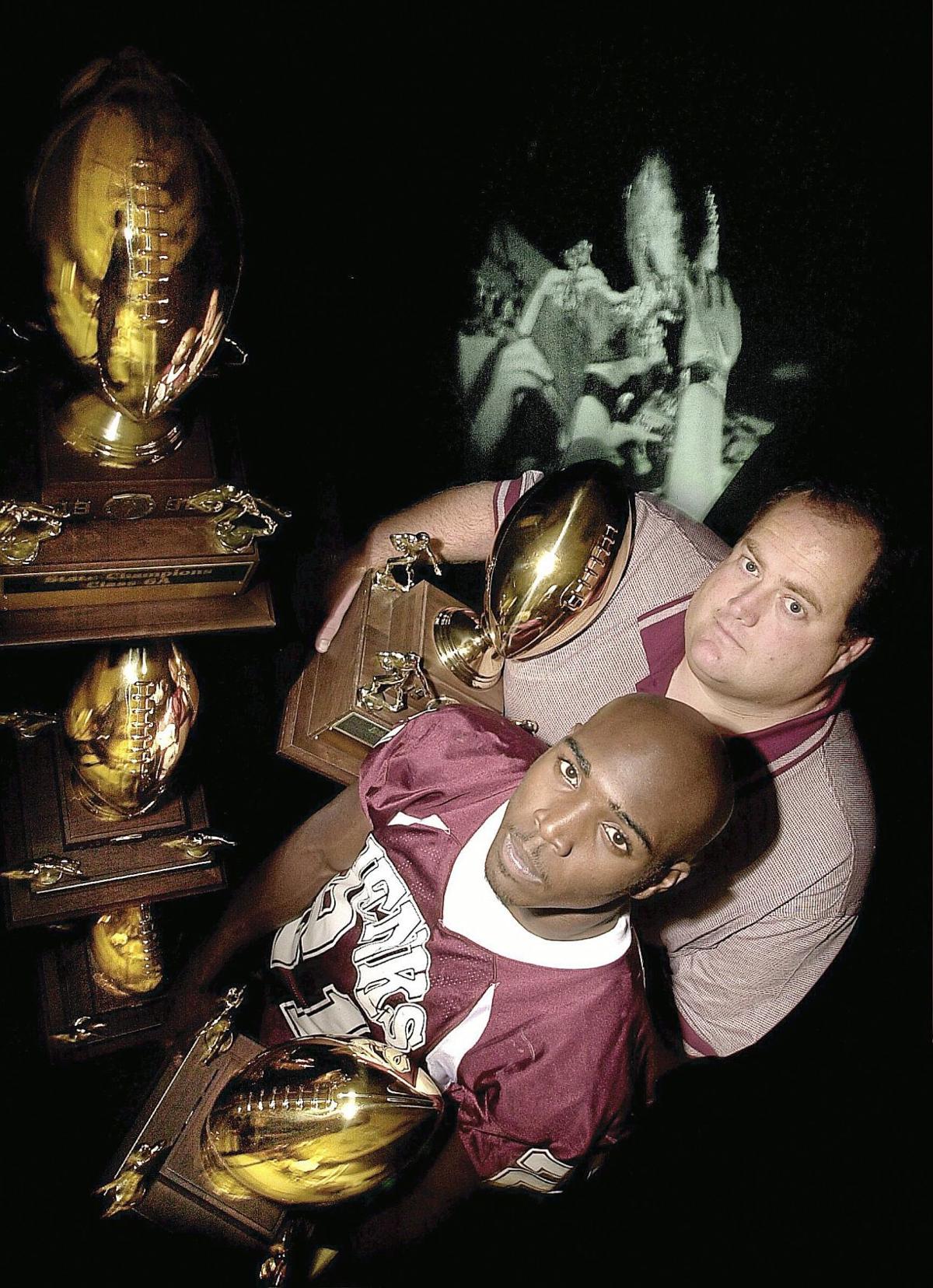 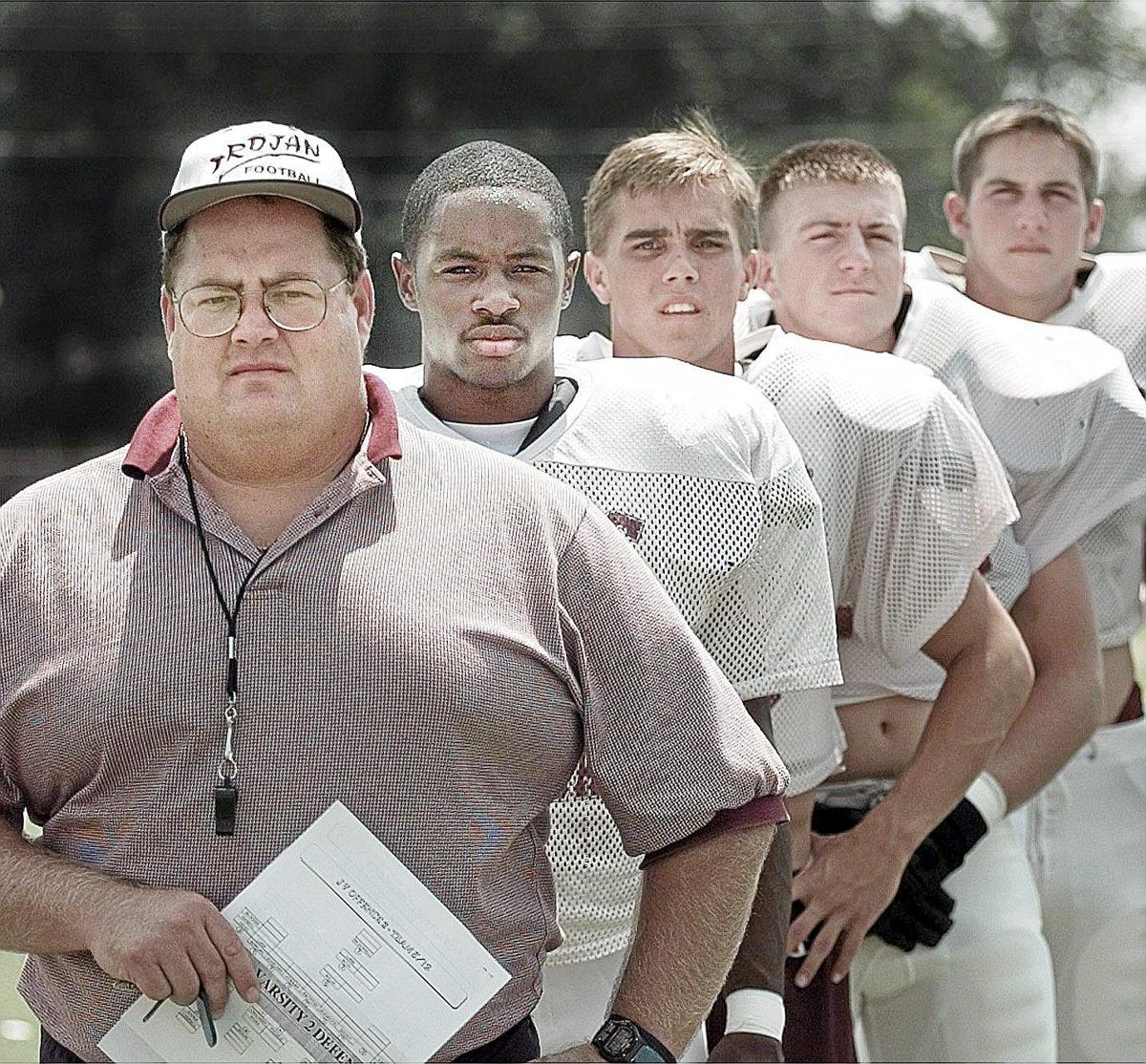 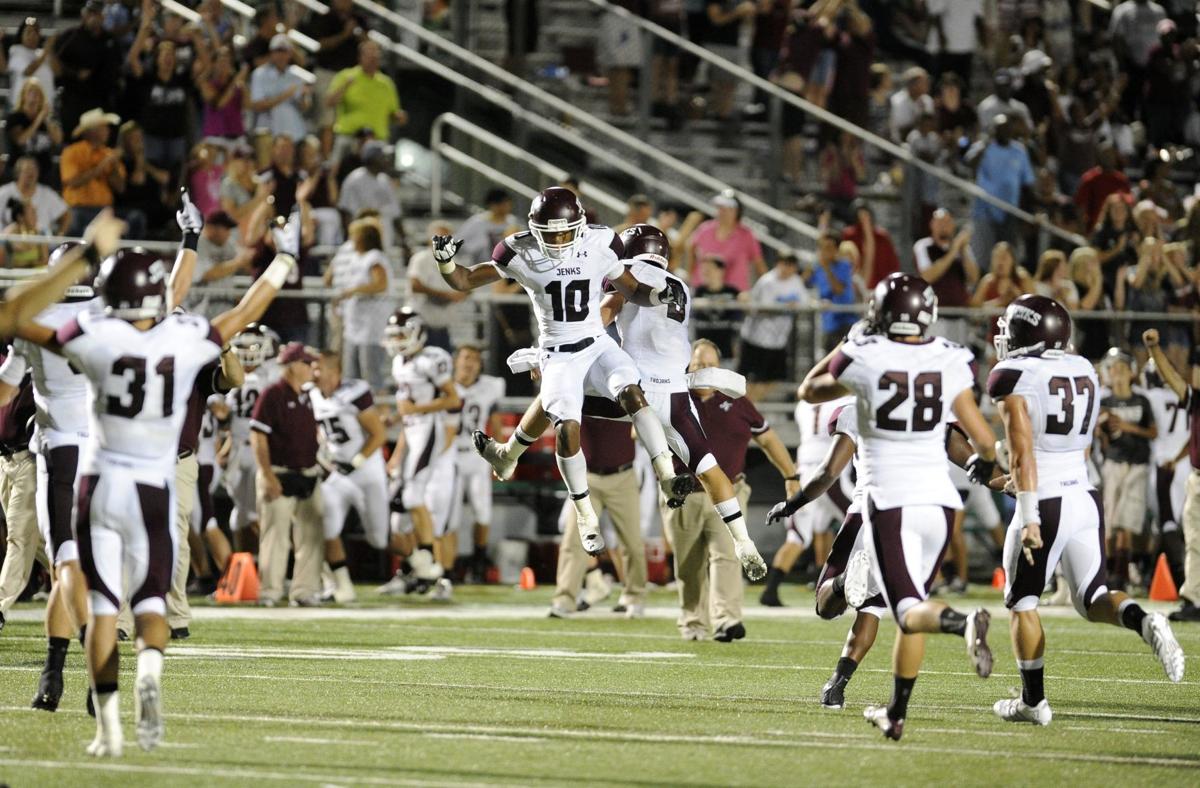 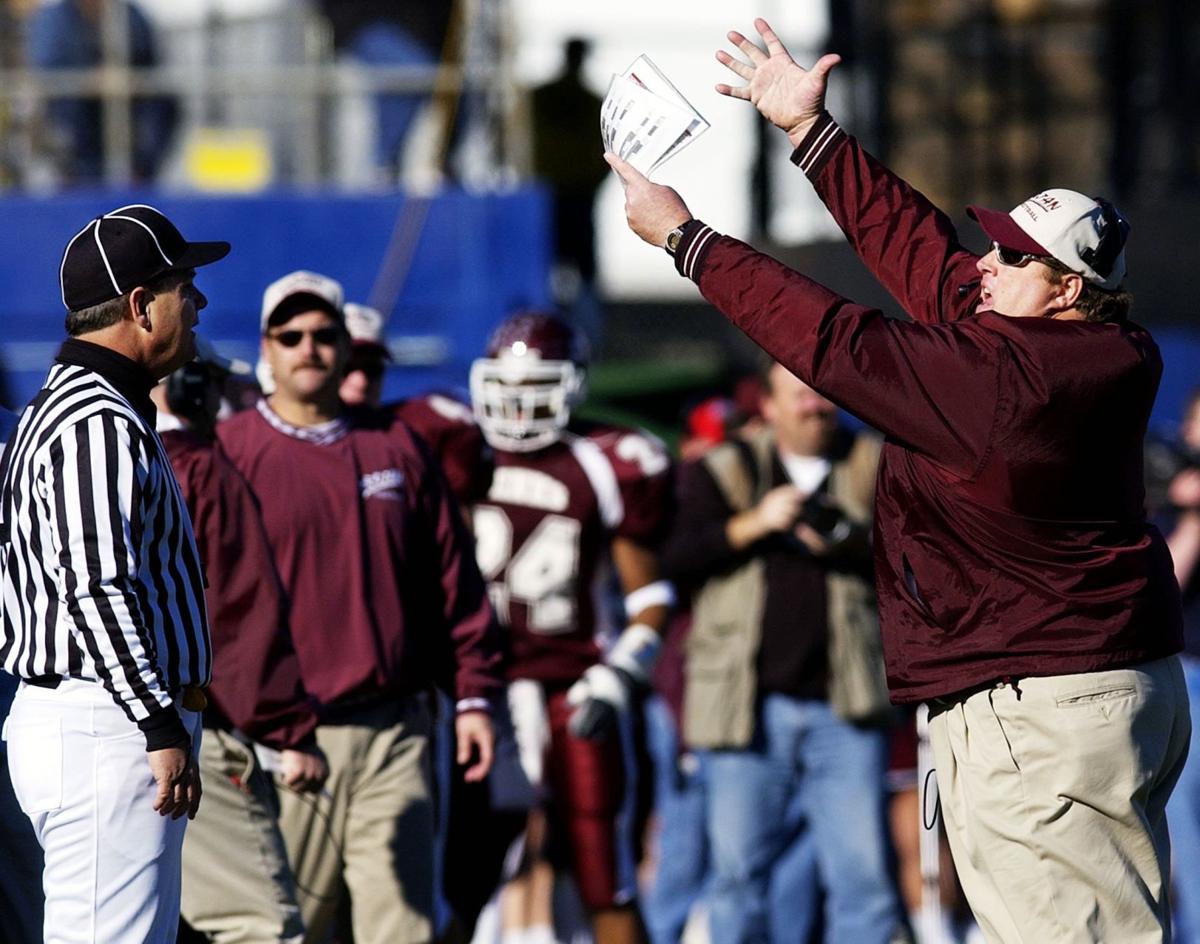 Jenks coach Allan Trimble argues with an official during a Class 6A semifinal game vs. Union at Skelly Stadium on Nov. 29, 2003. Tulsa World file

Fans packed Skelly Stadium in Tulsa on Dec. 3, 1999 for the 6A state high school football championship game between Jenks and Union high schools. Jenks would go on to win, 14-7. Tulsa World file

Jenks coach Allan Trimble argues with an official during a Class 6A semifinal game vs. Union at Skelly Stadium on Nov. 29, 2003. Tulsa World file

Gallery: Allan Trimble through the years at Jenks High School

Here is the Tulsa World’s list of the five most memorable victories during Allan Trimble’s 22 seasons as Jenks’ head coach. Trimble’s comments were made in April 2018.

Kejuan Jones’ fifth touchdown of the game came when he took a short pass from Scott McCoy and raced down the sideline on an 80-yard play with eight seconds left — only 13 seconds after Union took the lead at Tulsa’s Skelly Stadium. Jenks goes on to a perfect season and to win a fifth consecutive state title.

“I had spent the whole second half writing my ‘we gotta do better’ speech. And then we win it,” Trimble said.

A crowd of 40,385, the largest in high school state history, filled Tulsa’s Skelly Stadium for the 6A state final. Kejuan Jones rushed for 108 yards and a TD, and McCoy passed for a tiebreaking TD to Jason Wiltshire.

Trimble said about the crowd, “How about that… how about that. I just remember it taking my breath away. There were a lot of people there when we went in for warmups. But when we came out to take the field for the game, I mean, I played and coached forever and never walked out in front of that many people. That is breathtaking. I just remember I couldn’t get my breath.”

In the 6A state final, Ben Bowling passed for three TDs and rushed for another to lead Jenks before a crowd of 23,000 at Lewis Field in Stillwater.

“The Legion of Doom had graduated the year before and we had a whole team full of no-names, and we were able to avenge the 55-45 loss to Union (from earlier in the season). As a matter of fact, that’s the last time Union beat us here on this field (55-45 at Jenks). Danny Morris had six touchdowns. It’s branded in my mind. But we were able to go over to OSU and upset them for the championship. That’s a huge one.”

In the 6A semifinals, Freddie Carolina’s 177 rushing yards and two TDs helped the Trojans avenge a 37-0 loss in Week 2. Jenks went on to defeat Edmond Santa Fe 17-10 in the state final.

Cooper Nunley, in his first varsity start at quarterback, threw two TD passes to rally the Trojans from a 23-13 deficit at Southlake Carroll. The season-opening win in Texas set the tone for Trimble’s fourth and final undefeated season that included a week later Nunley connecting with Dylan Harding on a 77-yard TD bomb with 25 seconds left to stun Union 20-16. Jenks ended the season ranked No. 10 nationally by USA Today.