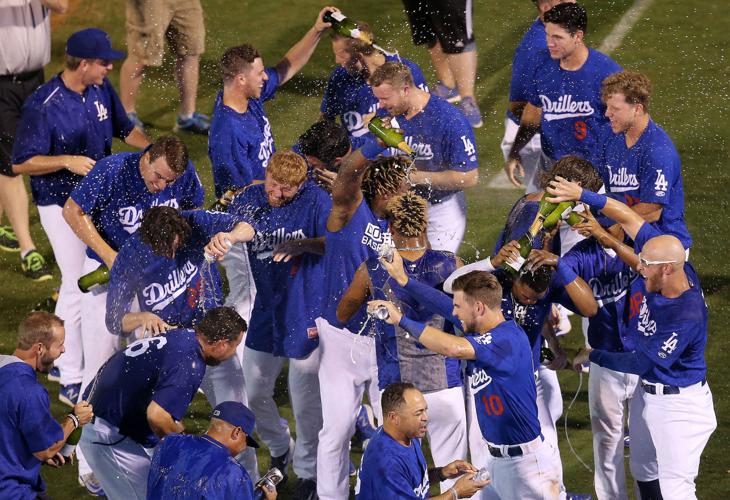 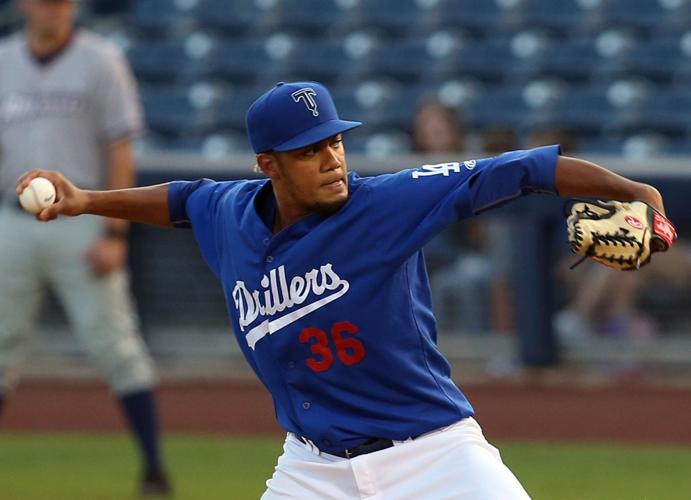 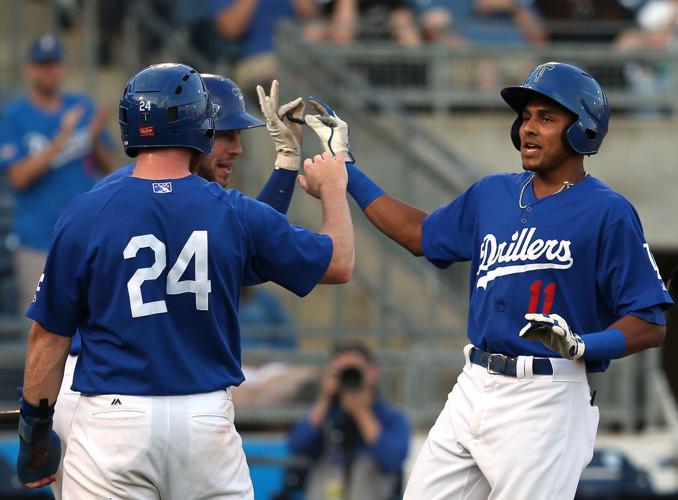 Santana allowed three hits and struck out 11 over seven shutout innings to lead the Drillers past the Northwest Arkansas Naturals 6-1 in the decisive Game 5 of the North finals before 2,179 fans at ONEOK Field.

The Drillers, whose last pennant was in 1998, won the final two games after trailing 2-1 in the best-of-5 series to advance to the TL Championship Series that starts Tuesday night at the three-time defending champion Midland RockHounds. The first two games of the best-of-5 TLCS will be in Midland with the final three, if all are needed, at ONEOK Field next Friday through Sunday nights.

Santana, 21, a right-hander from the Dominican Republic who switched to pitching in 2014, was 3-1 with a 5.51 ERA in seven regular-season starts for Double-A Tulsa after being promoted from Single-A Rancho Cucamonga. His longest previous outing for Tulsa was six innings, and he allowed five runs in five innings of his last previous start.

“He grew up tonight, right in front of our eyes,” Tulsa manager Scott Hennessey said while being sprayed with champagne as the Drillers celebrated on the field. “We knew he had that in him, and sometimes guys just rise to the occasion and grow up, and he did that. I couldn’t be more proud of him.

“He threw three pitches for strikes, got ahead and he was great.”

Walks have often been a problem for the hard-throwing Santana with the Drillers, but not this time as he only gave up two free passes. He threw 72 of his career-high 100 pitches for strikes.

It was a much different result for Santana than in his last Midwest League playoff appearance last year when he gave up five runs in one-third of an inning.

“He was awesome, he was lights out from the beginning,” said Drillers catcher Garrett Kennedy, who has been Santana’s batterymate for three teams over the past two seasons. “He was aggressive and in the strike zone. He was able to attack, which made him very successful.”

Kennedy said it was the best that Santana has thrown for Tulsa, but “earlier this year when I had him in Rancho, he was dominant as well, so it was nice for him to pitch like that in such a big game for us.”

Santana set the tone by retiring the first six batters, the last five on strikeouts. The Naturals, who won the North the previous two years, only had runners in scoring position once against him, and that came in the sixth after a strikeout-wild pitch. But Santana retired cleanup hitter Ryan O’Hearn on a grounder to strand runners at second and third.

Peter O’Brien’s two-run double in the second against Corey Ray opened the scoring. In the fourth, Erick Mejia belted a two-run homer over the right-field wall for a 4-0 lead.

Tulsa added two runs off reliever Richard Lovelady in the eighth. Yusniel Diaz and Matt Beaty led off with singles. Kyle Garlick followed with an RBI single and Mejia added a sacrifice fly that made it 6-0.

That made it a little more comfortable for the Drillers, especially after the Naturals opened the ninth with three hits off Brian Moran. But Daniel Corcino retired the next three batters to send the Drillers to the TLCS for the first time since 2014.

“We’re excited to be there,” Kennedy said. “We’re going to go out there and play hard, and see what happens.”