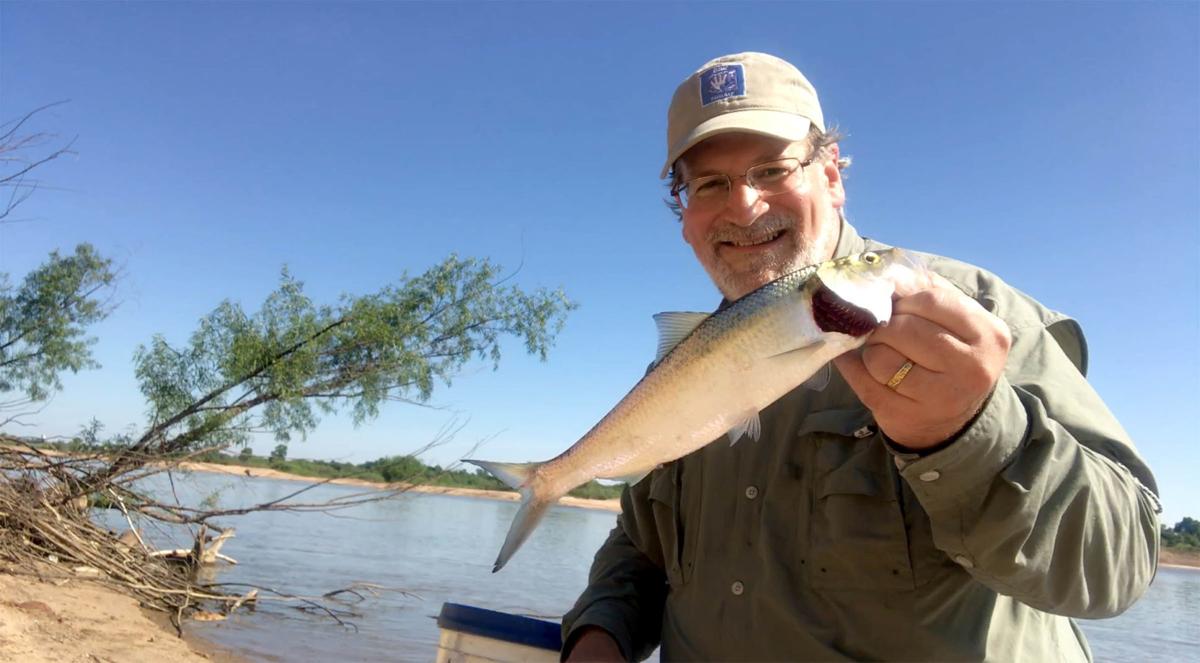 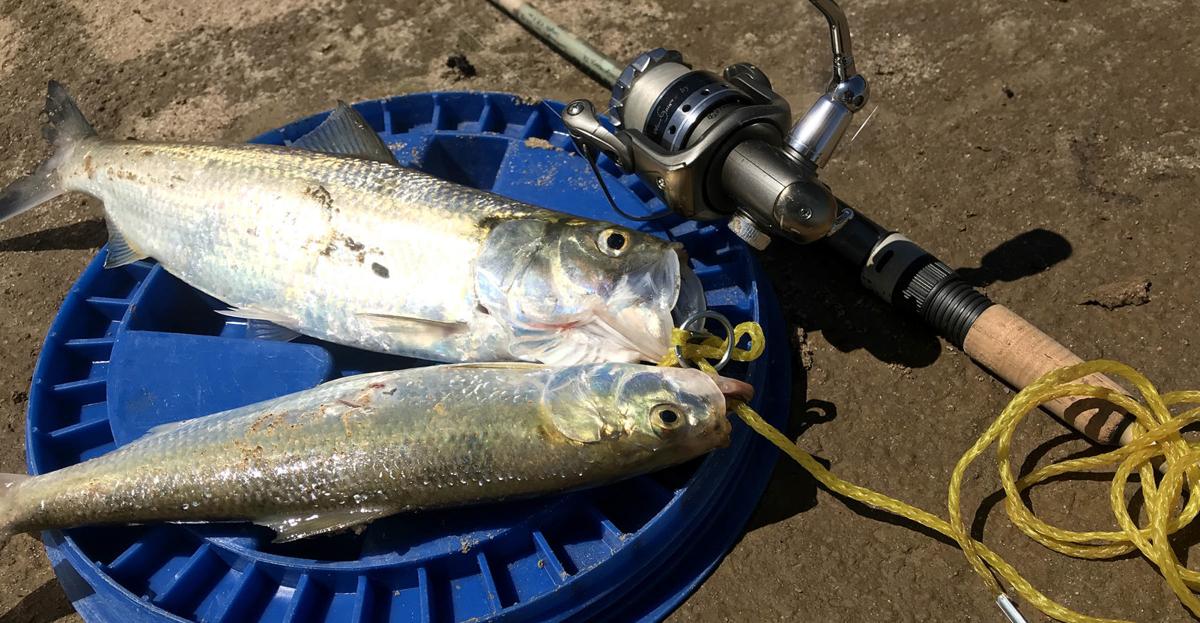 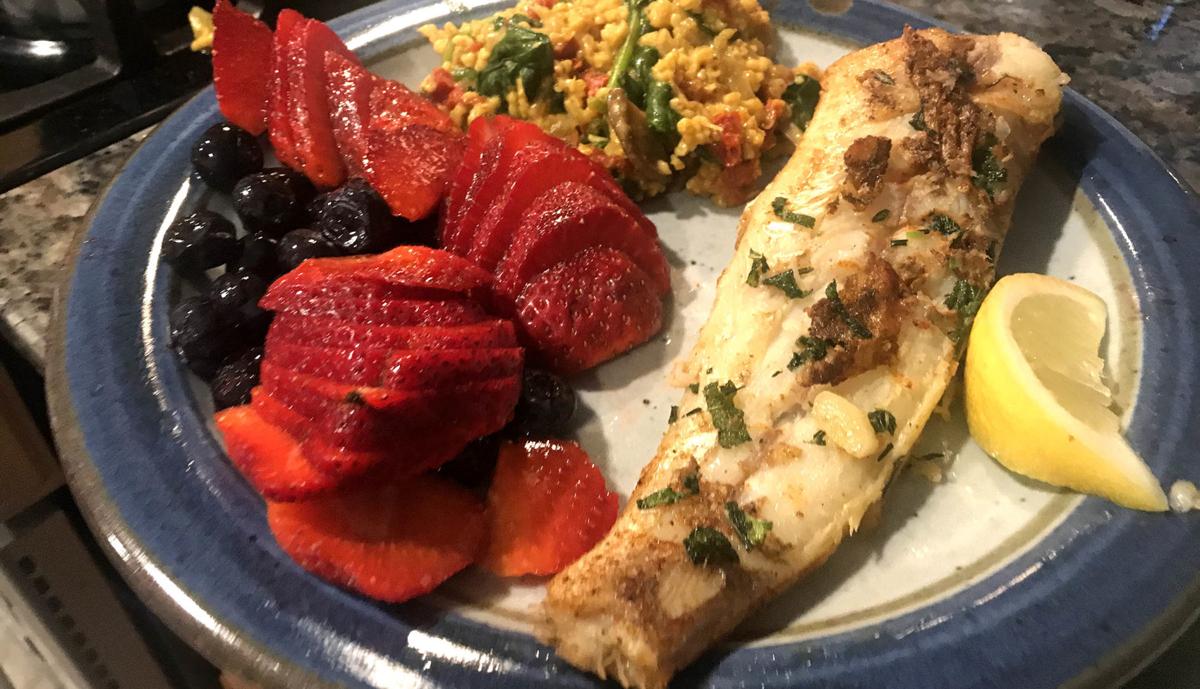 A pan-sized catfish caught as part of a live-bait challenge anchors a brunch with savory steel-cut oats, strawberries and blueberries. KELLY BOSTIAN/Tulsa World

A pan-sized catfish caught as part of a live-bait challenge anchors a brunch with savory steel-cut oats, strawberries and blueberries. KELLY BOSTIAN/Tulsa World

The idea was to experience something solo, because that is my novel coronavirus mode these days, and to write something for beginning anglers this holiday weekend.

New anglers often feel stifled because they just don’t know where to start. The answer is to “just start,” but that theme inspired a challenge to put myself in a learn-as-you-go situation to remind myself of some of my basic fishing lessons.

To force myself out of my comfort zone, the challenge had to have real consequences and force me into unfamiliar territory.

My rules: No new purchases allowed. Live bait only (no worms or grubs). Bare hooks, sinkers and floats only for terminal tackle. Two rods allowed, one medium-weight, one light, no fly rods. Fishing only allowed from the banks of the Arkansas River — no wading above shin deep. No sunfish, except for bait. Twenty-four hours to catch a meal or you go hungry the next 24. Start time? 11 p.m.

It happened to be 10 p.m. when this popped into my head.

I walked out in the backyard at 11 p.m. with a headlamp on my hat intending to just look under stuff. But as I looked into the muddy slough behind my house, another thought dawned.

A few minutes later, I was back with a bucket and one of my old decoy bags duct-taped over the top of a landing net to create a seine. By 2 a.m. I had half a dozen crawdads, four big dragonfly larvae, five tadpoles, one small leopard frog and about three dozen mosquito fish (a very small type of minnow).

Lesson 3: A little versatility helps in a big way

I trotted out to the Arkansas River with my bucket and a stringer the next morning pretty sure I’d have a bass or a catfish in the bag in no time, or at least a mess of green sunfish for bait.

Note to true beginners: I had a lot of gear to choose from, so the “no purchases” rule didn’t hinder me too much. I tried to keep it to what I would recommend to a new angler — an ultra-light spinning rod with 6-pound test line, slip bobbers and small bait-keeper hooks (this saved me) and a medium-heavy bait-caster (my favorite bass fishing rod) with 12-pound-test line, slip sinkers and circle hooks.

That gave me the option to target smaller fish on top, bigger ones down deep or vice versa.

Had I limited myself to one rod, I’d have chosen a medium-weight spinning rod with 10- or 12-pound test line.

The first thing I saw at the river was a large pod of spawning buffalo. They are a challenge to cook, even harder to catch, but can be good eating. They eat detritus, for the most part, but they do suck up small crustaceans.

I had little tadpoles and dragonfly larvae, so I figured I might just have a chance given the sheer number of fish in that hole.

I pinched a split-shot sinker on the light line, ditched the bobber and put a larva on the smallest hook and put the sneak on what must have been at least 15 buffalo stuffed in that small hole.

On the second cast, I hooked up and I literally hooted. “Whohoo!”

The light drag on that little reel zipped, but it was a brief battle. The line broke with barely any resistance — right where I’d crimped on that second sinker.

I’d forgotten about that hazard with those sinkers on light line.

I wasted the next hour and a half trying to repeat that feat.

The next two hours I walked up and down the shoreline looking for “fishy” places like brush piles, spots along the bank where the shoreline changes from rock to sand, logs, big boulders, drop-offs, shallow flats, eddies and “seams” where the faster current meets the slow.

The crawdads all managed to pull my hooks into rocks and brush piles to get snagged and lost. Crawdads tend to do that.

Nothing seemed interested in my tiny baits under bobbers, and it looked like I was in trouble.

Lesson 6: Never give up

By 10:30 a.m., I still needed to get to my desk for a day’s work, and I was down to about a dozen toothpick-sized minnows.

Finally, on two consecutive casts in a current seam on the outside edge of a brush pile at the head of a sandbar, two good-sized skipjack shads hit my baits.

I didn’t catch dinner but at least I’d replenished — and upgraded — my live bait options.

It was time to get to my office desk, put the skipjacks on ice and plan the evening.

Lesson 7: The fun usually is unexpected (or you may be crazy)

The river flow increased to put my morning spot under water, so I messaged friends more familiar with the river about places for best odds and access.

At 9 p.m. I had two chunked-up skipjacks, two hours left to fish, it was dark, and I was pretty sure I’d be going hungry the next day.

With the clock ticking past 10 p.m., a purely suicidal 14-inch channel cat inhaled a hunk of shad on a hook below a float and saved my day.

It wasn’t what I expected or dreamed about, but it was a real game fish and I had a protein to anchor my brunch the next morning, even if it was a fish I normally would throw back.

I was openly laughing, by myself, in the dark, on the riverbank.

I spent hours goofing around trying to catch one relatively small fish — but I had a good time doing it and in the process reconnected with a much younger me who used to catch worms, go fishing, and was thrilled when mom fried up whatever I caught.

That pan-sized catfish also anchored a delicious brunch, and I have the video to prove it. See it attached to this story or on YouTube.

The challenge, the fun and the fact that you never really know what you’ll see, do or how the day will turn out is the fun of fishing.

Just jump in and give it try. Truly, most of us are still just figuring it out as we go.