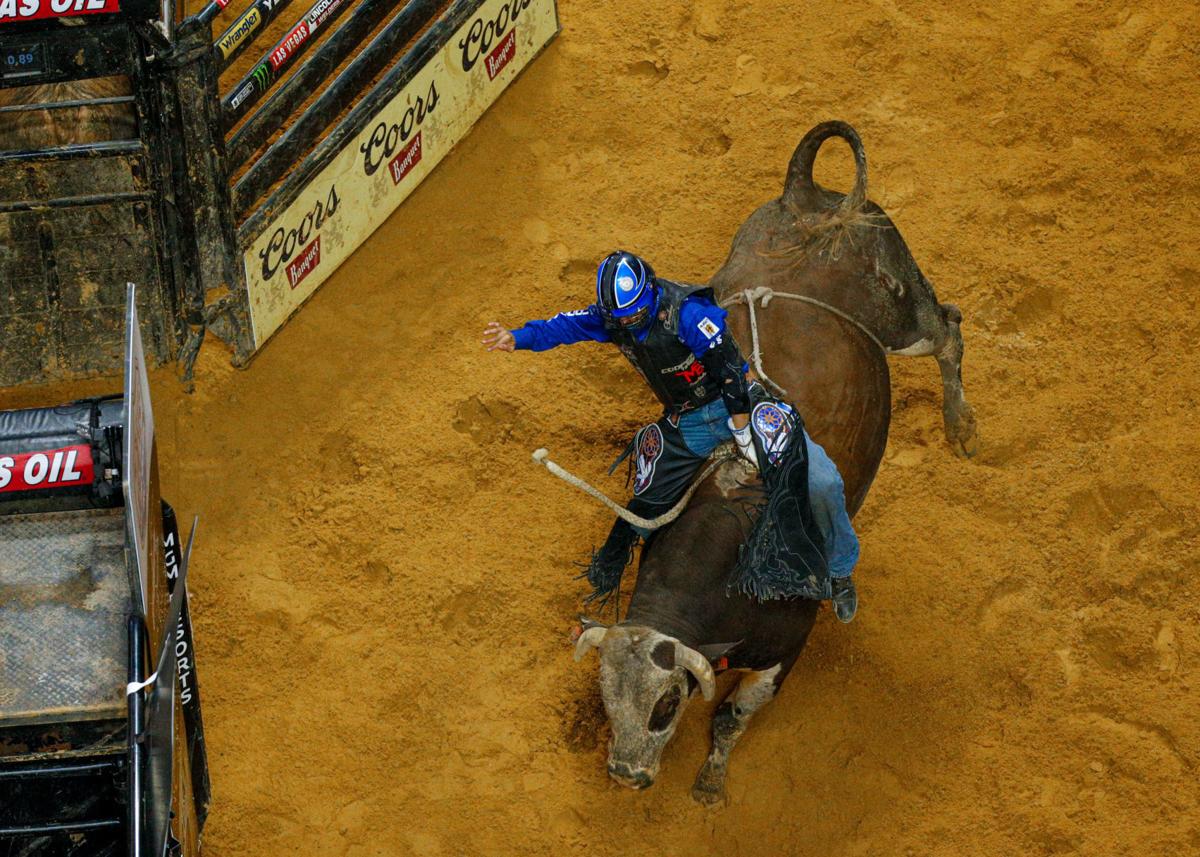 Ryan Dirteater rides Red Bandana during the PBR competition at the BOK Center on Sunday. Dirteater was injured on a later ride. MEGAN ROSS/Tulsa World 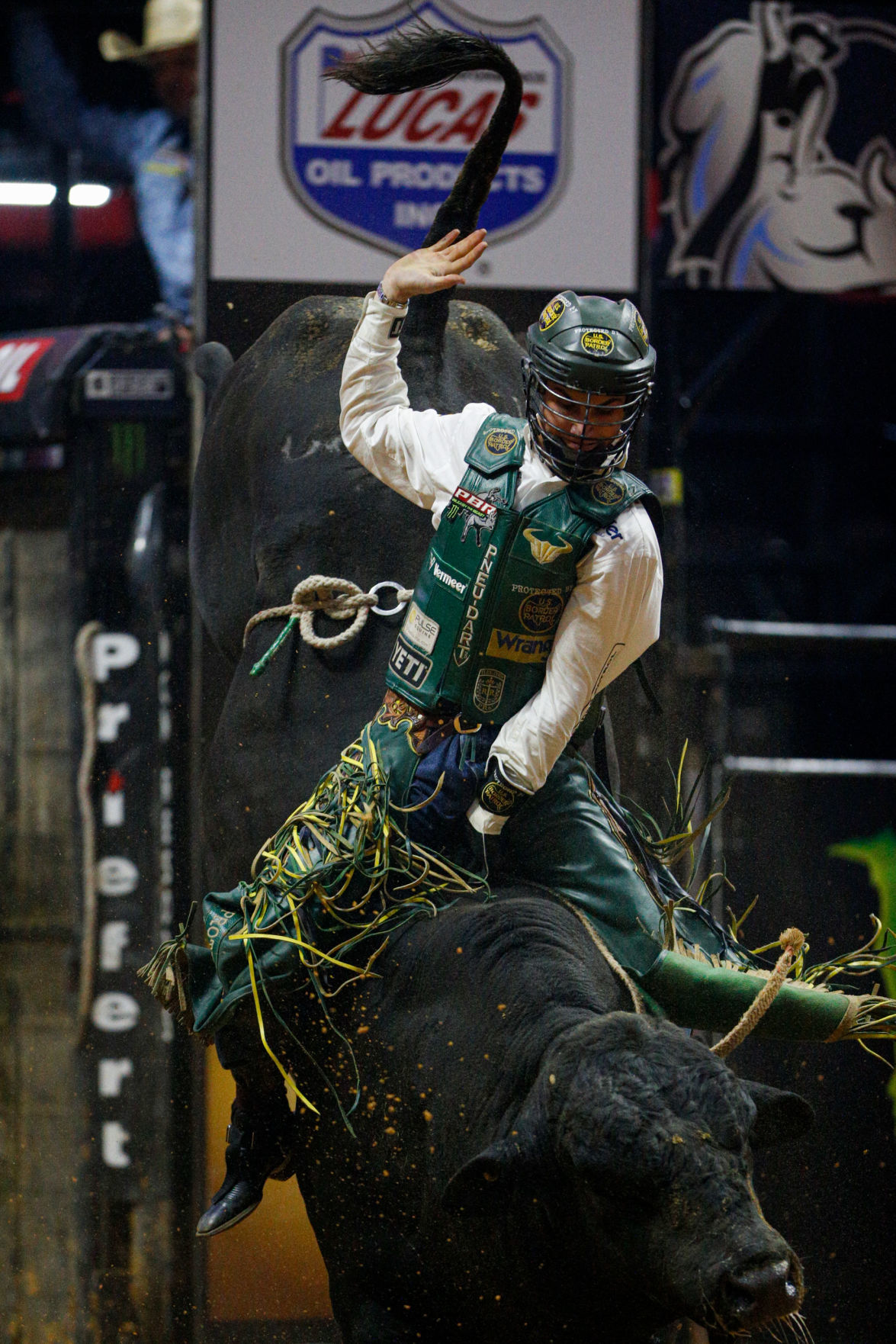 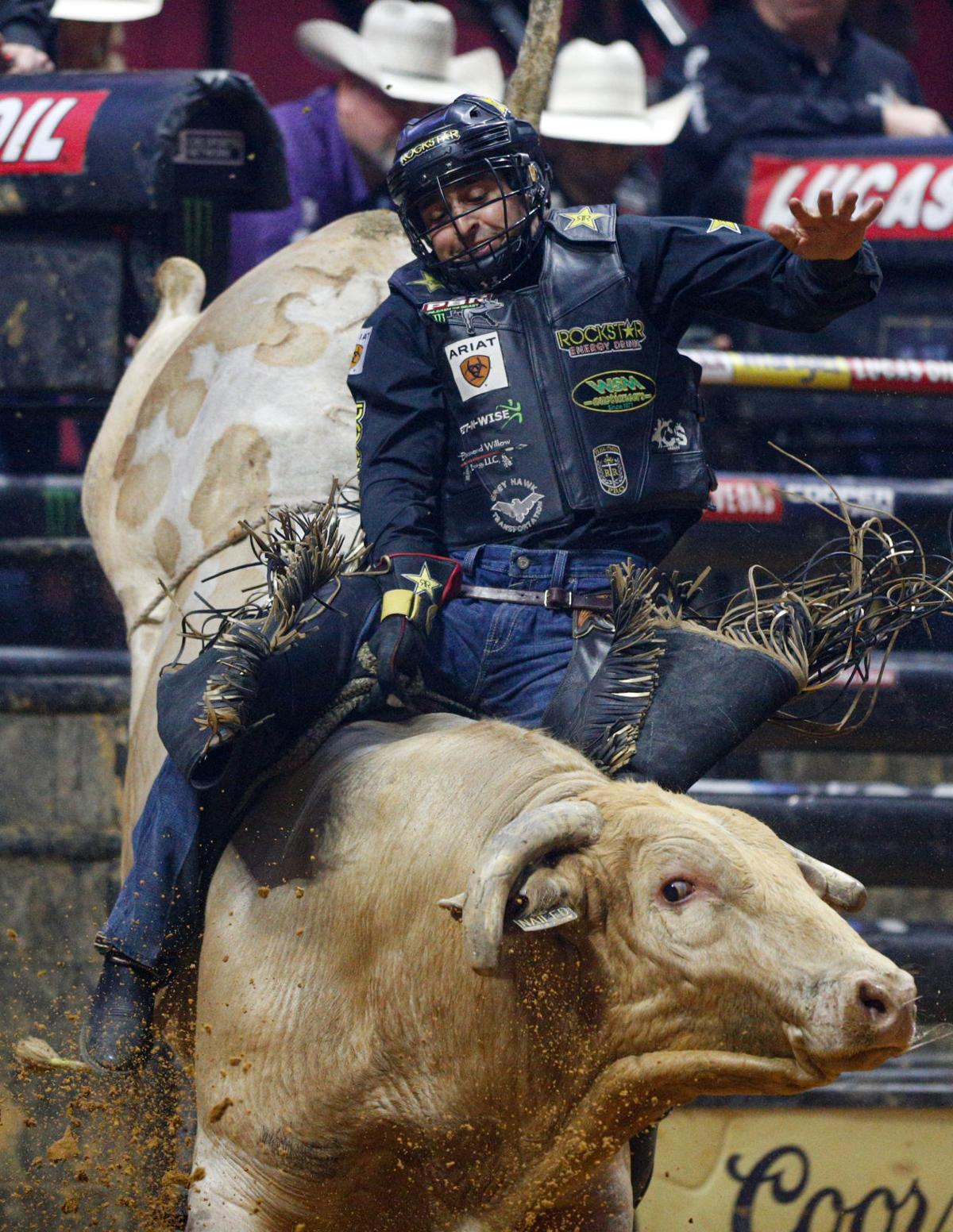 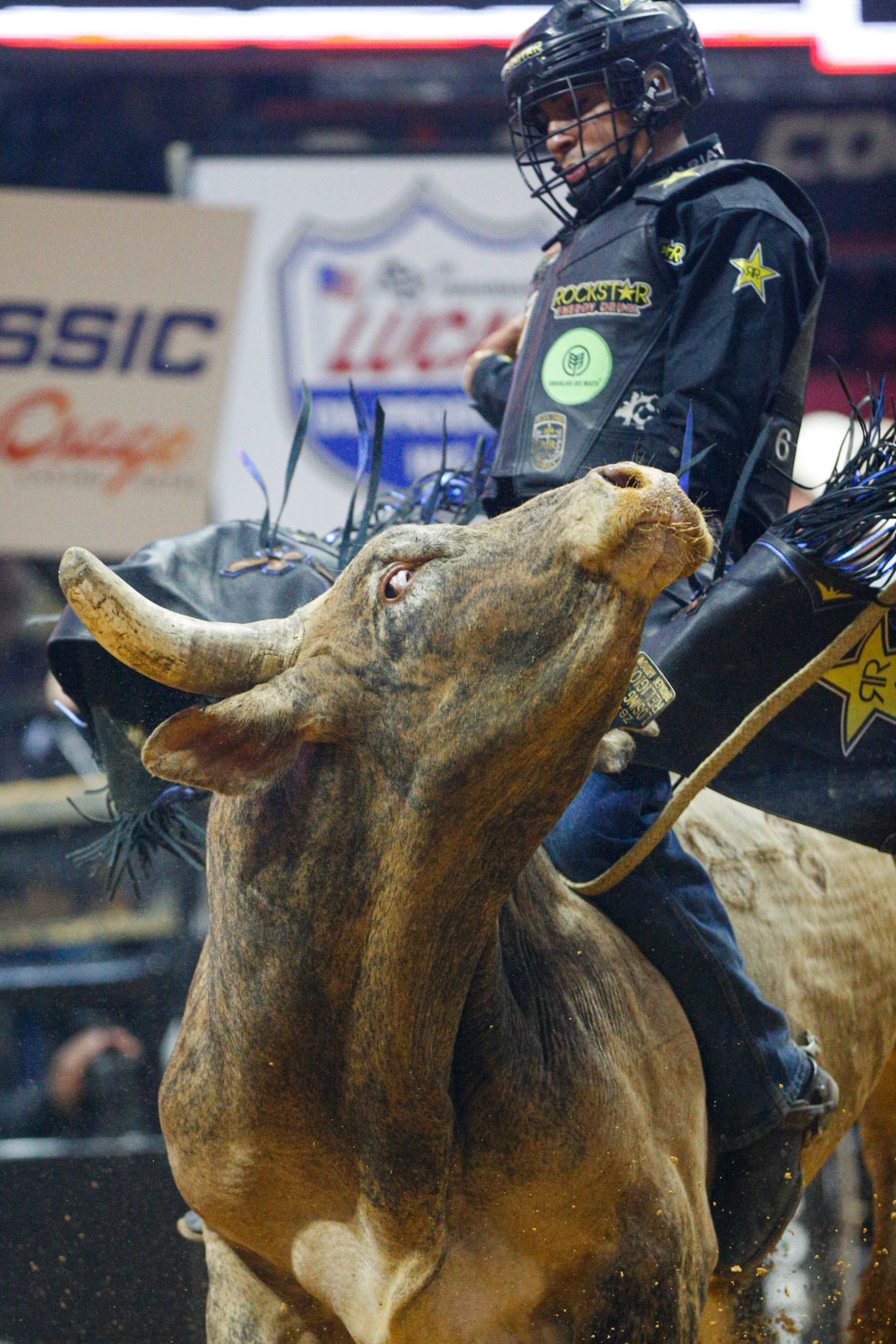 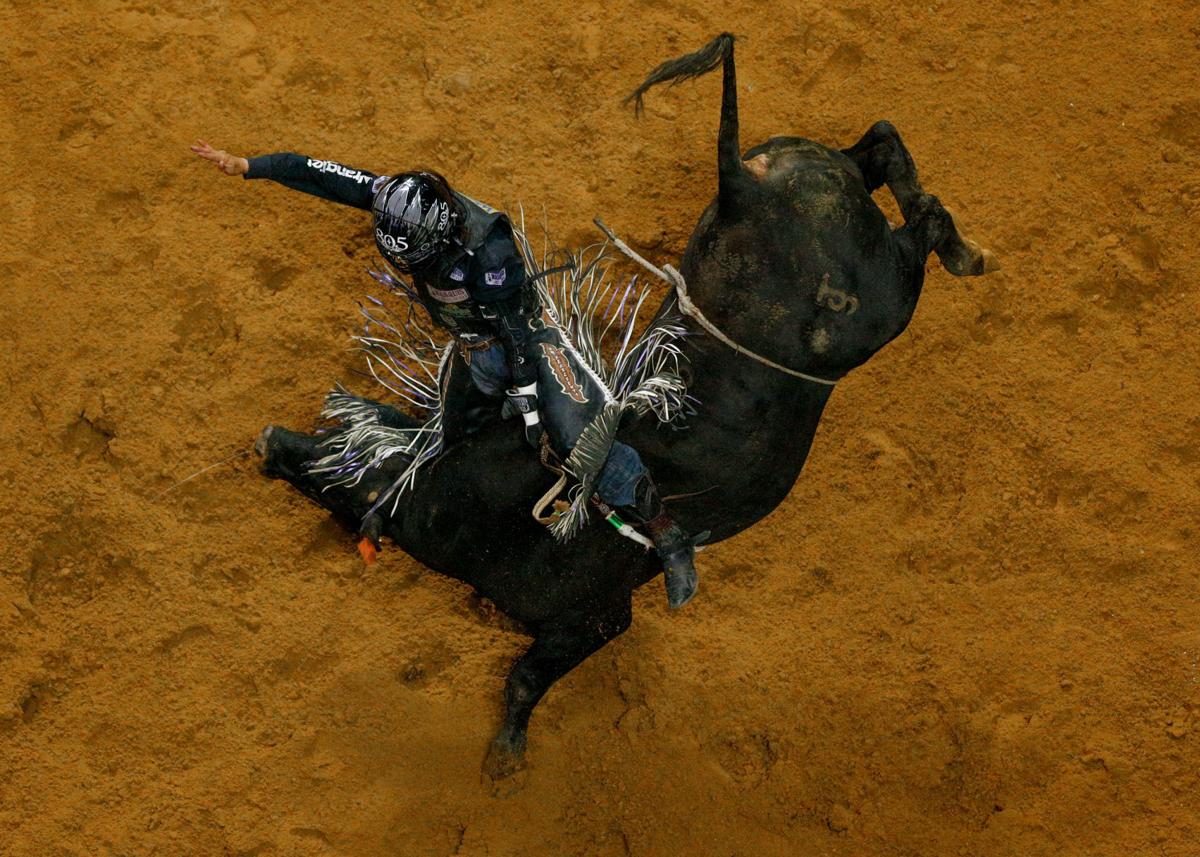 Ryan Dirteater rides Red Bandana during the PBR competition at the BOK Center on Sunday. Dirteater was injured on a later ride. MEGAN ROSS/Tulsa World

None of the riders seemed to care about the results when the Professional Bull Riders’ Express Ranches Classic was over Sunday at the BOK Center.

In the championship round, Hulbert’s Ryan Dirteater was stepped on the mid-back and ribs by a bull following his 86.75-point ride. Paramedics examined Dirteater at the arena before sending him to the hospital.

Almost the entire PBR roster followed him there.

Sunday night, PBR reported on its Website that Dirteater had a collapsed right lung and was diagnosed with a lacerated liver and several rib fractures. The report also said that Dirteater is expected to remain in the hospital for a few days and will be out of competition for about three months.

“With this bull riding, we’re together all the time, every weekend and all summer long,” fellow rider Cody Nance said. “Our families become acquainted, and we all become one big family. We just all kind of mesh.”

Immediately after the event concluded, Nance was one of only a few riders still in the venue as fans crowded around the dirt in search of autographs.

Nance signed a blue bandana and a program before he talked to media in the center of the arena. He finished in second place after tallying 285 points on the weekend. Jess Lockwood was crowned winner after a 560 weekend score. Lockwood’s finish was also good enough to put him atop the world rankings.

As soon as his on-stage interview ended after his last ride, he sprinted to the back and out of the building.

Nance was the next rider after Dirteater in the championship round, so he was preparing for his ride when Dirteater was injured and didn’t know what had happened until he made his way behind the chutes again after his ride.

“I noticed that he went on out, but I didn’t know how bad it was,” Nance said. “I was busy getting ready, but when I went back there I saw Ryan sitting down and a bunch of people around him. We’re just hoping that he’s OK and send some prayers for that.”

Dirteater, a fan-favorite in Tulsa, finished in fourth place with 205 points. A picture of Dirteater riding a bull even dons the back of the event’s official shirt. Most of the fans crowded around the dirt after the competition ended occasionally yelled at PBR representatives, asking if Dirteater was OK. The PBR roster thinks just as highly of him, too.

“Ryan’s a good friend of mine, a fellow Cooper Tires guy; just a fellow bull rider and great friend,” Nance said. “I’ve known him for a long time. He’s been here longer than me.

“That guy, he’s always been so talented and so nice. I hate to see him get hurt.”

Dirteater was one of two Oklahomans who competed over the weekend, along with Brennon Eldred from Sulphur. Eldred finished in ninth place, just shy of qualifying for the final round. Konawa’s Colten Jesse is also on the PBR roster but didn’t compete this weekend because of a shoulder injury.

Oklahoma connections are also found with the bulls, as many came from bull contactors located in the state.

“A lot of people are familiar with the sport of bull riding and rodeo here in Oklahoma, so it makes it nice that you got some people that are well-rounded and understand our sport,” Nance said. “They know what they’re watching, they know what to cheer for. Heck, this crowd, they pump you up, they get excited, they get so dang loud, and it just gets your motor running. You gotta breathe and stay calm. The BOK Center is a great venue for bull riding.”

Gallery: Highlights from Day 1 of the Professional Bull Riders competition at the BOK Center

Gallery: Highlights from Day 2 of the Professional Bull Riders competition at the BOK Center

Hulbert native Ryan Dirteater was stepped on by a bull and suffered a serious injury in the final round Sunday.