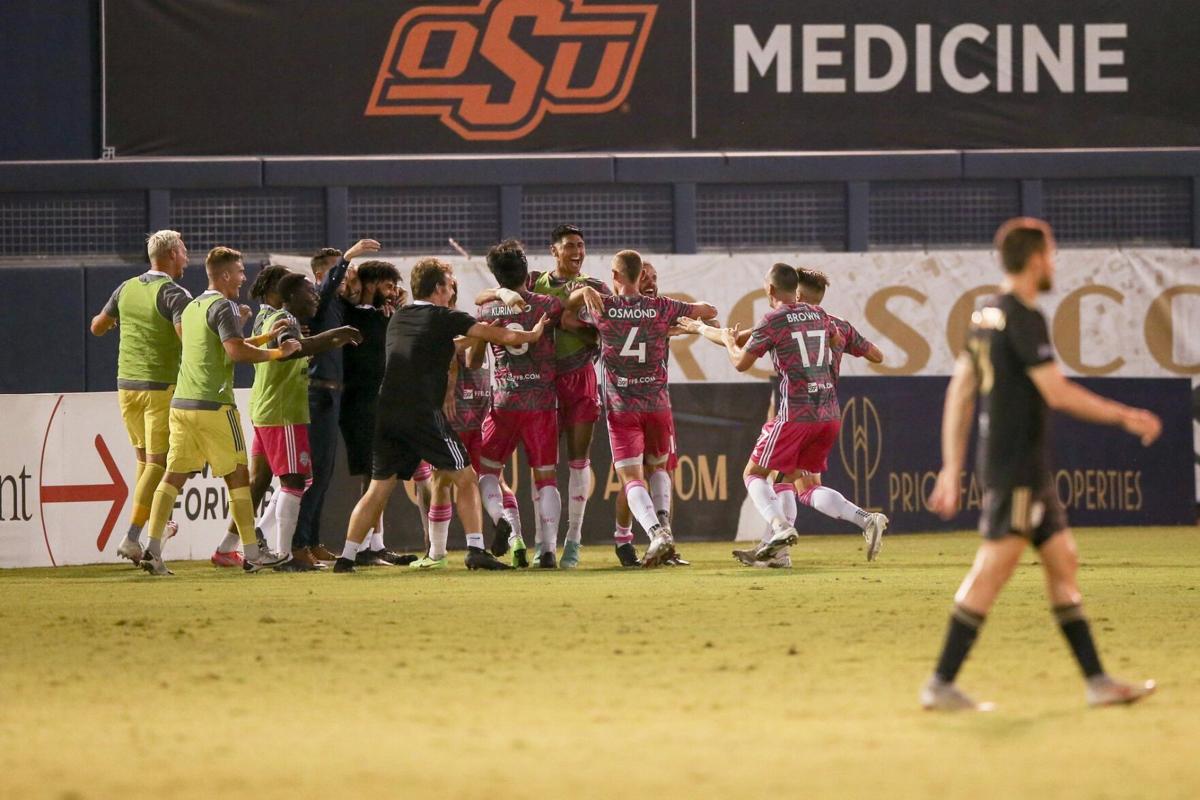 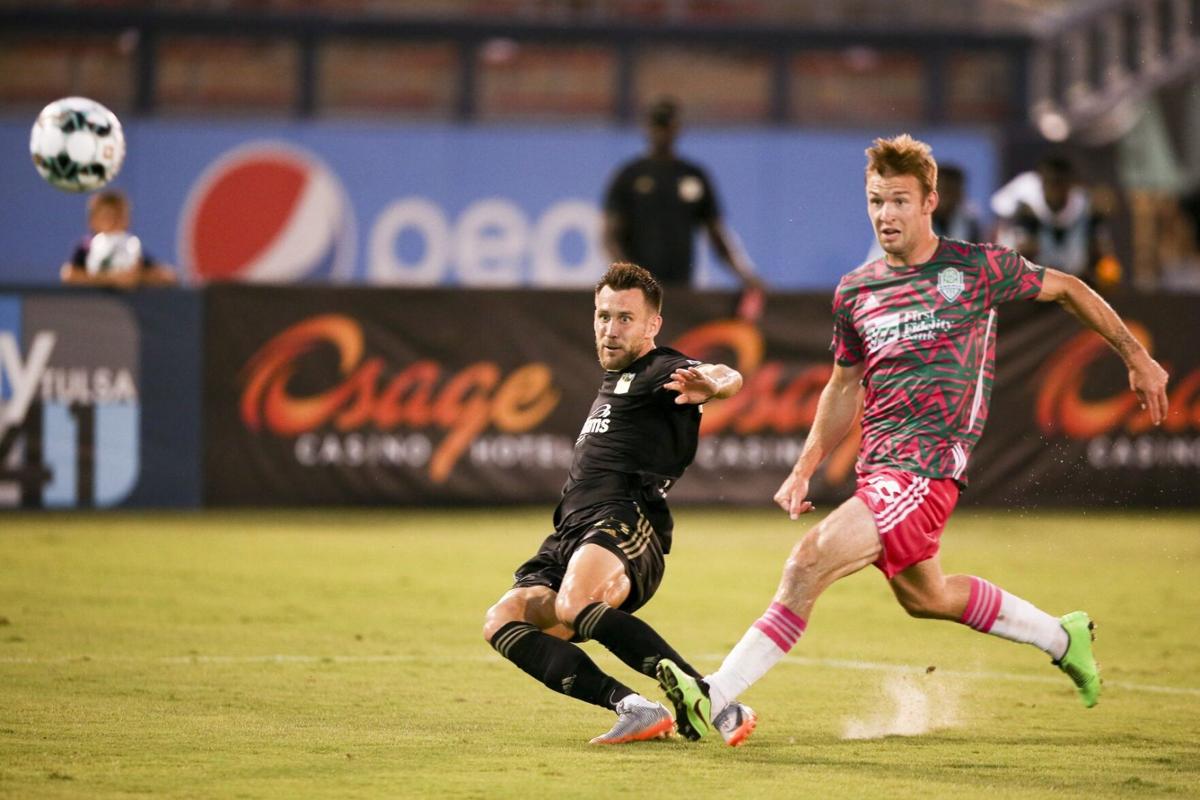 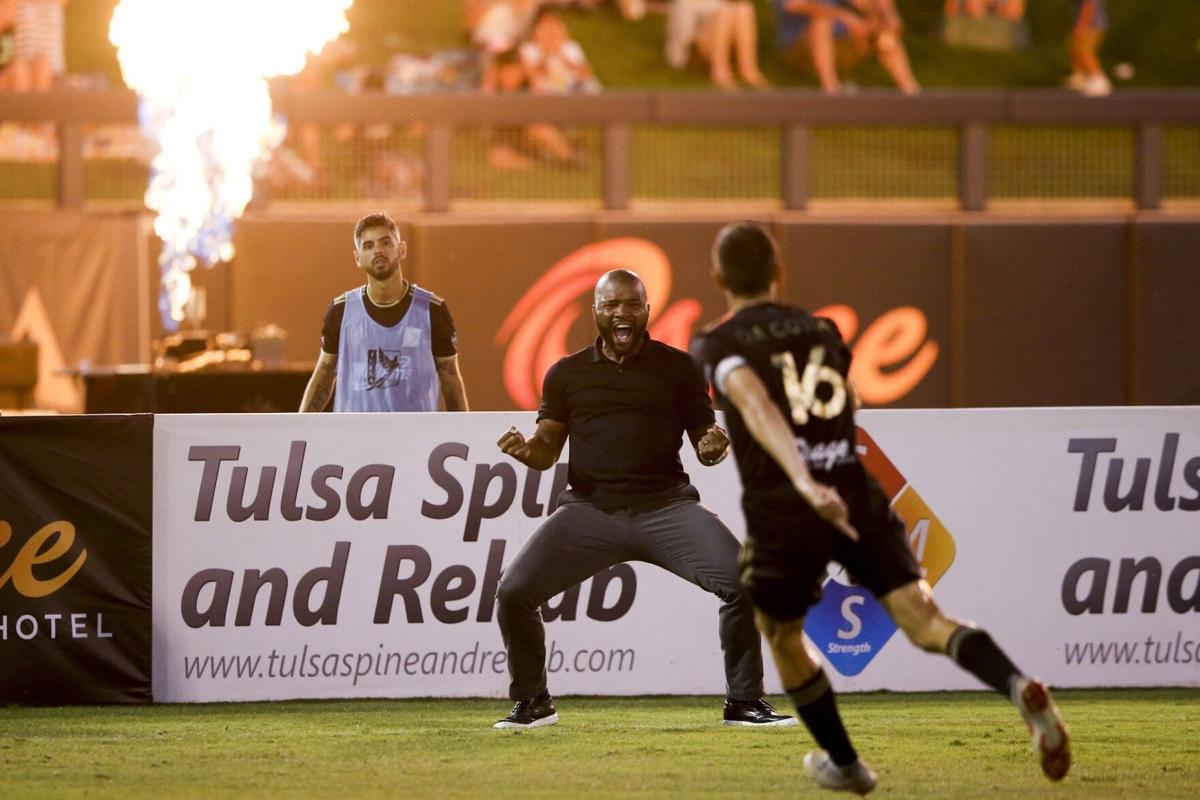 History is on hold for now.

For the first time since the Black Gold Derby rivalry began in 2015, FC Tulsa could’ve taken the coveted Wrench trophy for the second-straight season with a win over OKC Energy FC on Saturday night. Instead, Tulsa will have to wait 19 more matches to try to claim its prize after falling to OKC 2-1 at ONEOK Field in a tense battle that ended in a small on-field skirmish.

With the loss, Tulsa (6-5-1, 19 points) dropped three points to its chief rival and remains in third place in the USL Central Division standings after blowing a chance to tie Birmingham in second place. OKC (4-5-5, 17 points) climbed two spots from sixth place to fourth place and sits directly behind Tulsa.

“We know how much (tonight’s game) meant to our fans,” midfielder Eric Bird said. “Look around the locker room. It’s disappointed right now. We know we had them where we wanted them here at home in front of a big crowd. … We know we should have done better with the result, so I want the fans to know that we feel it here as players... we’ll come back and make sure that we do better.”Before the match, FC Tulsa’s supporters group, 83 United, welcomed additional backing from New Mexico United’s The Curse and Forward Madison’s The Flock. A vocal crowd of 5,009 roared on a packed $1 hot dog and fireworks night, but didn’t have enough power to propel its beloved franchise.

A quiet first half saw both teams take five shots, with Tulsa putting just one on goal and OKC getting two on goal. Both OKC attempts were saved by Tulsa keeper Austin Wormell, a Bishop Kelley alum making his second-straight home start who finished with four saves.

During a chippy first half, Tulsa and OKC combined for 13 fouls. Forward Dario Suarez and defender Jorge Luis Corrales picked up yellow cards, as did OKC midfielder Charlie Ward. OKC defender Mitchell Osmond registered a yellow card in the second half.

OKC took a 1-0 lead in the 65th minute off a goal by forward Frank Lopez, his fourth of the season. After entering in the 62nd minute, Lopez threaded a right-footed shot from outside the box to the top right corner of the goal off an assist by midfielder Hiroki Kurimoto.

Tulsa was unable to answer for most of the second half while forward Rodrigo da Costa picked up a yellow card in the 63rd minute. Despite that, Tulsa’s acting captain broke through when needed in the 90th minute, lacing a left-footed goal off a free kick to tie the game at 1-1 and force overtime.

“You need a lot more characters like that,” Tulsa coach Michael Nsien said of da Costa. “...He inspires everyone, myself included. It’s important to have that type of personality. ‘Big moments, I can settle down and score a goal in front of our fans,’ and he’s that type of player.”

Unfortunately for Tulsa, its foe was able to quickly answer six minutes into stoppage time. On a counterattack, Kurimoto notched a right-footed shot from the center of the box to the top right of the goal for the victory, stunning the ONEOK Field audience with his first score of the season.

OKC finished outshooting Tulsa 14-13, while Tulsa outfouled OKC 13-8. After the last of stoppage time ran off, a few players from both sides tussled briefly near the north goal.

“No one likes to lose at home. No one likes losing in front of their fans,” Nsien said. “I’m not sure what happened but at the end of it, both teams respect each other… we have one more chance to get it right against them at home so hopefully we can get the Wrench in that last match against them.”Until Saturday, FC Tulsa had held its own despite missing captain Bradley Bourgeois, who has sat out five-straight matches with a toe injury. Tulsa had also weathered the absence of forward Joaquin Rivas, the franchise’s all-time leader in starts, who’s playing with El Salvador in the CONCACAF Gold Cup.

Tulsa will get another crack at OKC and the Wrench on its home pitch in its regular season finale on Oct. 30. Tulsa’s next scheduled match is at Memphis 901 FC at 7 p.m. on July 24.

“We have a huge fire that we need to light under us,” Bird said. “In seasons there’s always highs and lows. In this particular moment, losing to your rival on your home field in front of your fans, this is the biggest game of the season (and) this is the lowest low, and so now there needs to be a response.”

Spencer Rattler to his critics: 'These people really don't know anything they're talking about'

Rumblings of Sooner Nation has been focused on Spencer Rattler's decision making and lack of big plays. Even his name-image-likeness dealings away off the field has revved up — literally.

"This game is for Waffle That!" Lockett posted on Instagram. "I can't promise what type of game that it'll be! But today I want to show love to an inspiration in my hometown!"

Cabbiness, the walk-on from Norman North, made a crucial catch late in OSU's 21-20 win over Boise State on Saturday.

Could be that the Sooners must move the ball one first down at a time this season, weird as that's going to look

The teams combined for 15 first-half penalties and 32 during the second half.

Once thought to be an odd fit, the Philly-born, Ivy League-educated Knowles now thrives as OSU's fourth-year defensive coordinator