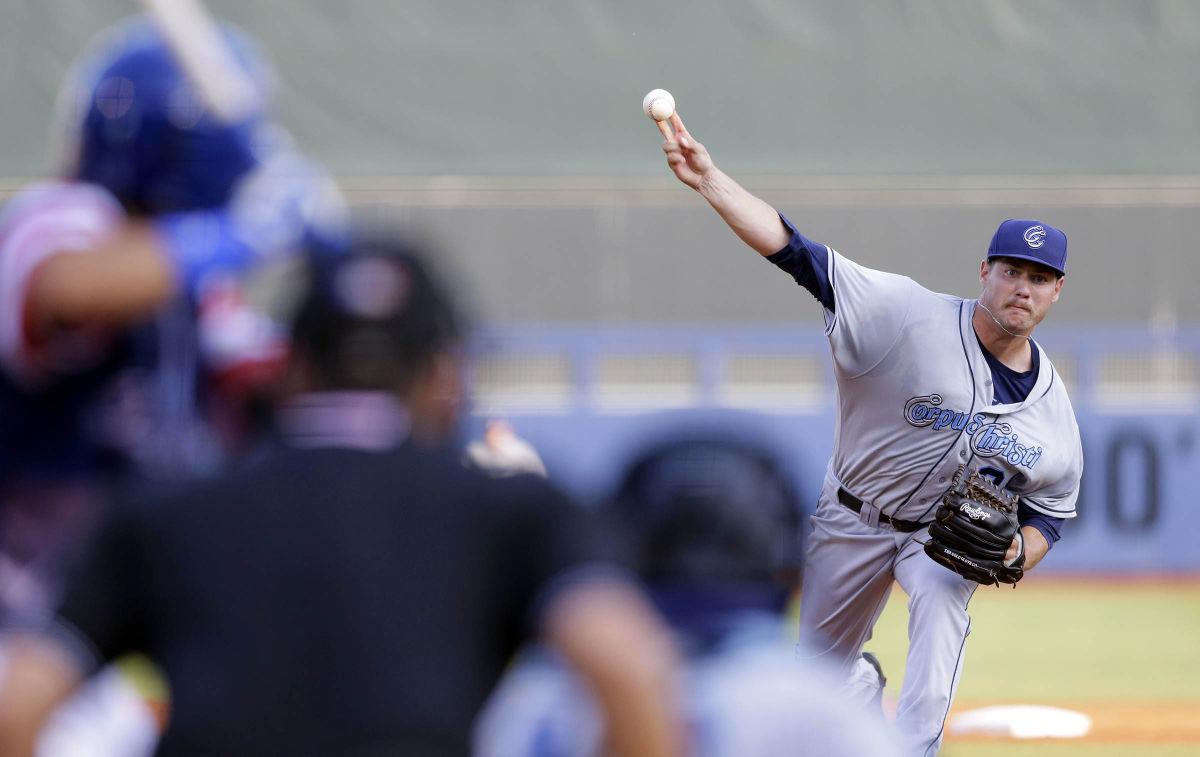 On July 3, 2015, with scores of family members and friends in attendance at ONEOK Field, former Locust Grove star Adrian Houser started for the Corpus Christi Hooks against the Tulsa Drillers. Tulsa World file 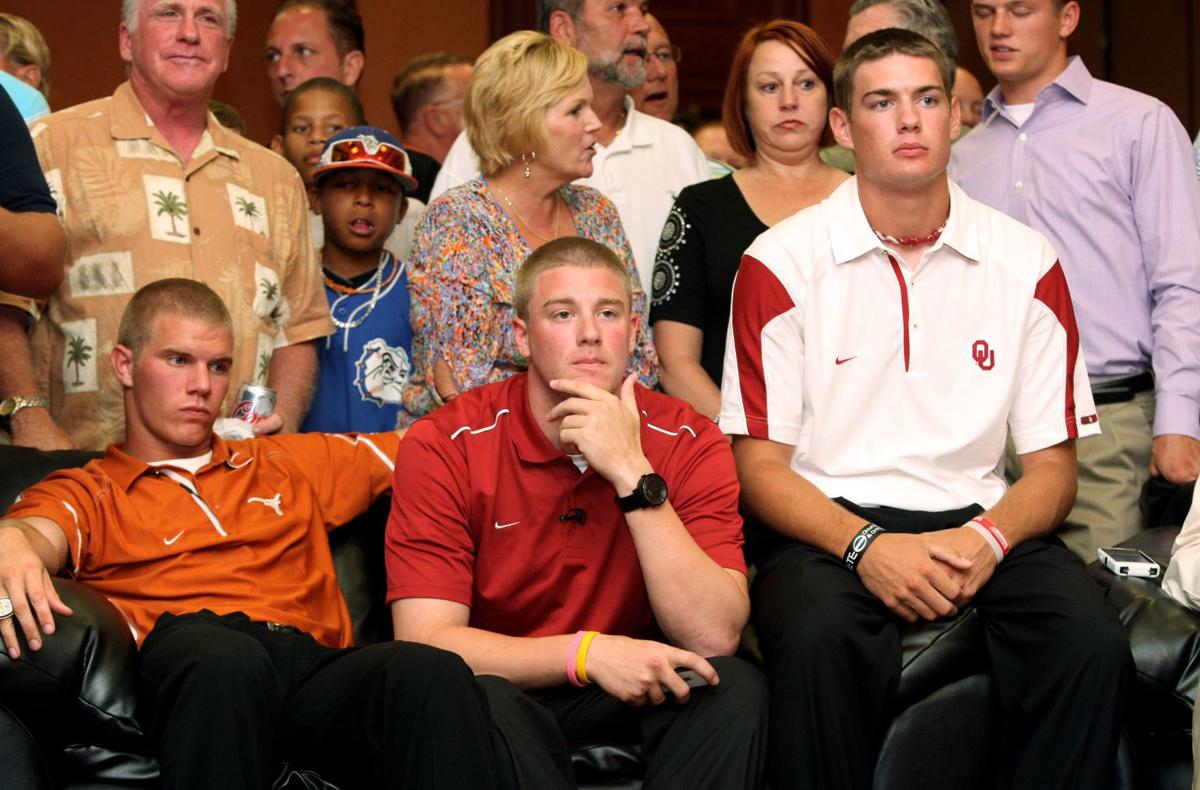 On July 3, 2015, with scores of family members and friends in attendance at ONEOK Field, former Locust Grove star Adrian Houser started for the Corpus Christi Hooks against the Tulsa Drillers. Tulsa World file

From 2019: 'Kids being kids': Bond of three Tulsa-area pitchers carries into majors

A few weeks ago, there was this on MLB.com: “Houser brings a mid-90s fastball and a quality curveball to the table. (He) has a chance to make a name for himself in 2020 with a rotation spot all but locked in. ... Tagged as a potential sleeper in 2020, Houser seems primed for a breakout campaign.”

For a 27-year-old who is 3½ years removed from the Tommy John surgical reconstruction of his right elbow — his pitching elbow — the MLB.com assessment of his 2020 status must have been glorious to read.

Because of my Texas Rangers allegiance, I happened to be watching in August as Houser achieved a six-inning, three-hit, 10-strikeout victory against the Rangers in Milwaukee. His stuff sizzled and his command was beautiful.

Now, having fully recovered from a 2016 Tommy John surgery, the 27-year-old right-hander is positioned for an entire season of Milwaukee starts and comparable performances.

For the first time since he was a 2011 second-round draft pick of the Houston Astros, Houser would start a season in a big-league rotation, but the Major League Baseball season didn’t launch as scheduled because of the coronavirus crisis.

No one knows whether opening day might occur in May or in June — or not at all this year.

During an exchange with the Tulsa World — conducted by text-messaging because, he said, his cell service was inconsistent — Houser explained what he’s been doing with all of this undesired free time: regular sessions of throwing and training, along with “lots of fishing” in Mayes County.

“With the way I pitched last year, I felt like I put myself in a good position to have a really good year this year,” Houser messaged. “I felt like I took some really big steps, and I want to keep building off of that. I do miss baseball right now.”

In the second round, with the 69th pick overall, the Houston Astros called Houser’s name. While in the Astros’ minor-league system, his favorite night might have been July 3, 2015, at Tulsa’s ONEOK Field.

Against the Drillers, with scores of his family members and Locust Grove-area friends in attendance, Houser started and worked nearly six innings. Afterward, he joined Mayes County loved ones for a nice reunion on the ballpark’s concourse.

Four weeks later, the 6-foot-4, 235-pound Houser was acquired by the Milwaukee Brewers in a trade-deadline deal. Two months after that, he pitched from a big-league mound for the first time, making two late-season appearances.

His momentum was stuffed in July 2016, when he announced on Twitter he had undergone Tommy John surgery to repair his damaged right elbow.

“I was a little nervous, just like anyone would be, but I was thinking about the work I was going to have to put in after the surgery,” Houser messaged this week. “Once I got past the fact that I was having surgery, I was already looking ahead to the rehab.”

One year and four days after surgery, he returned to action with a one-inning start for the Arizona League Brewers. His career took a significantly positive turn in 2018 when he made seven relief appearances for the Brewers, and he carried that momentum into 2019 — the most important season of his professional career.

Houser was called up by the Brewers on May 3. The next day, he made a 19-pitch appearance against the New York Mets. He spent the rest of the season with the Brewers, totaling 35 appearances and 18 starts.

His record was 6-7, but management was thrilled with his progress. He logged 111⅓ innings and had a 3.72 earned run average. He was among baseball’s best at getting ground-ball outs, and he opened a lot of important eyes with his Aug. 10 performance against the Rangers.

Houser is healthy. He’s on the front end of his pitching prime. He’s ready to take a big step in his big-league journey, but he’s like everyone else in baseball: sentenced to inactivity.

While Houser savors the comforts of home in Mayes County, there also is the discomfort of the uncertainty that hangs over all American sports.

Stuck at home with no sports: Fill the time with Mike Brown’s favorite sports movies

The overrated: Field of Dreams

Gallery: Take a break from the news and enjoy pictures from Philbrook's gardens

Spring has sprung in Tulsa, but since the Philbrook Museum of Art and its gardens are closed, enjoy these pictures.