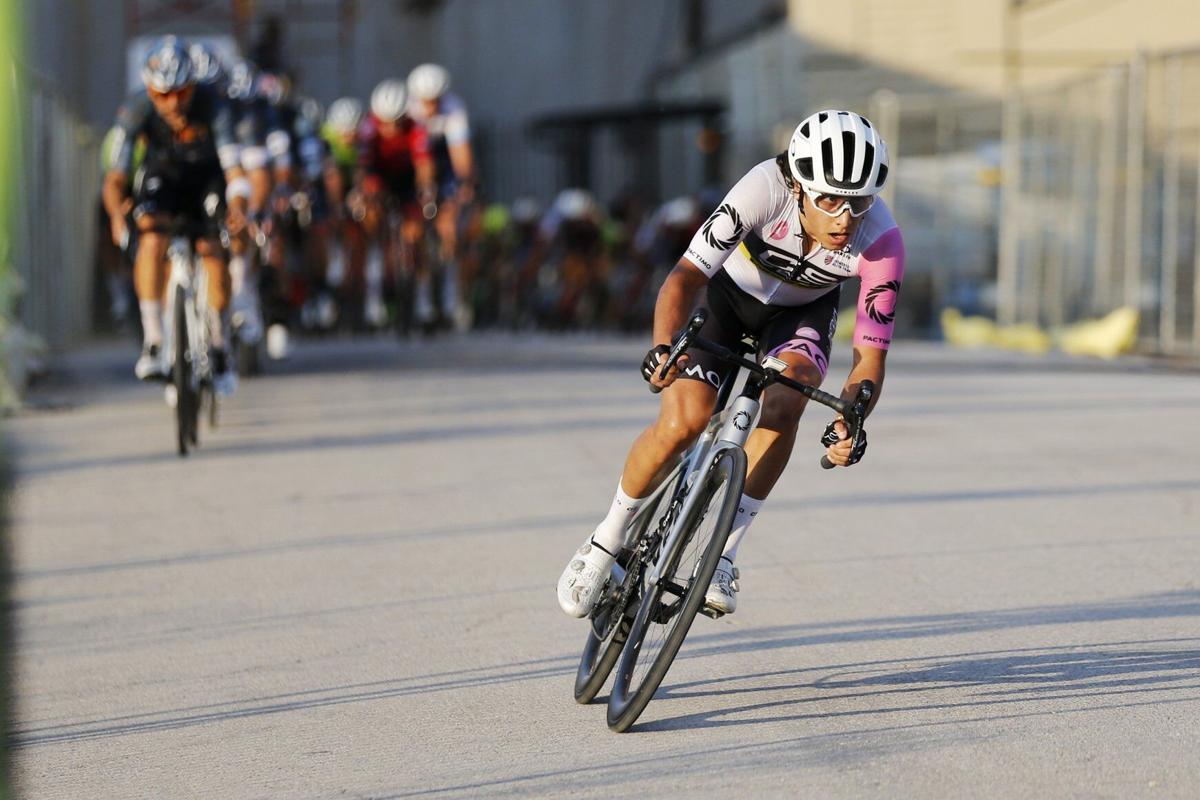 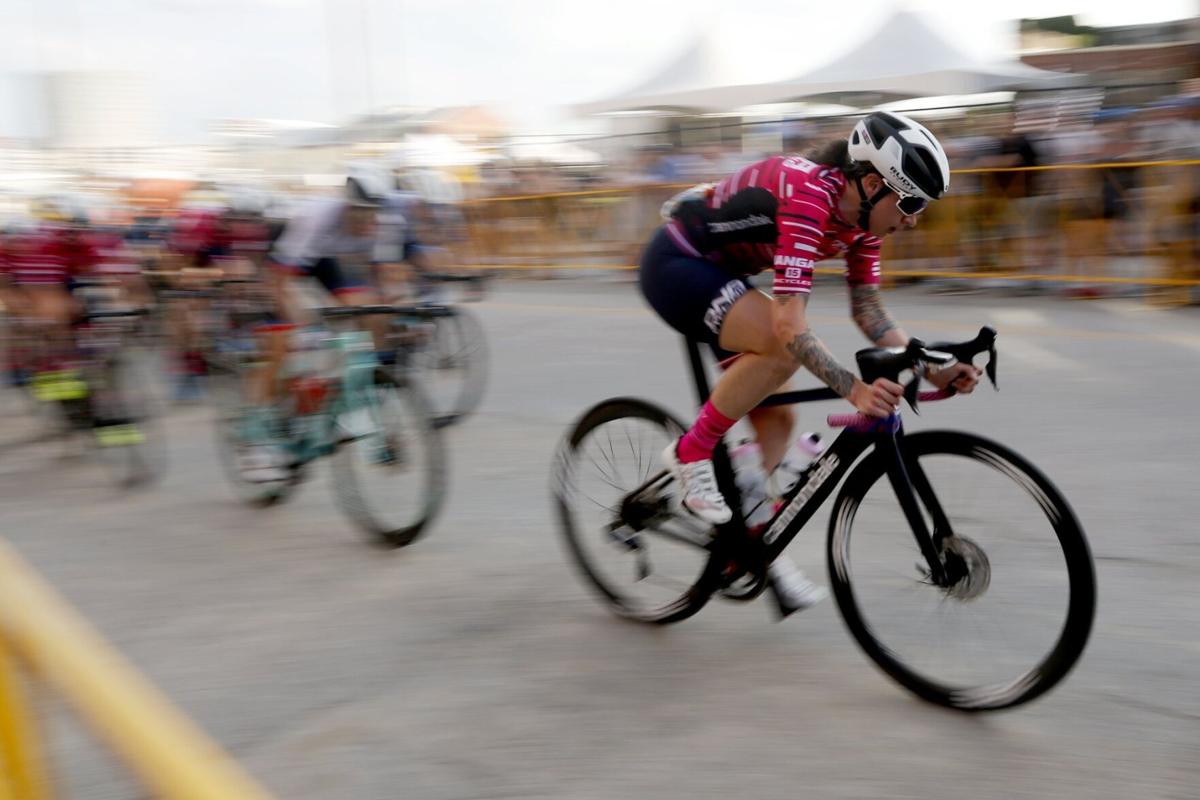 Cyclists compete at the Saint Francis Tulsa Tough on Saturday. 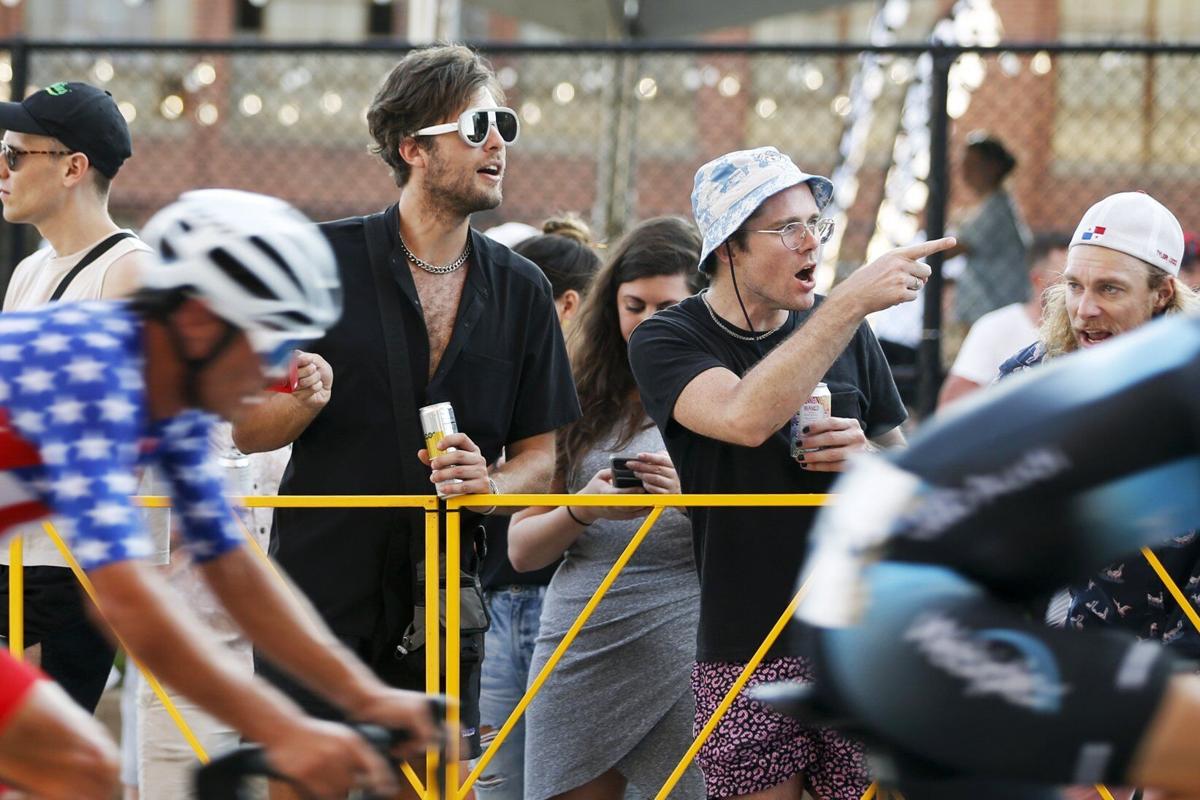 Entering the last stretches of the Saint Francis Tulsa Tough’s Arts District Criterium, Kendall Ryan wasn’t sure if she was going to leave the race unscathed.

After finishing third in Friday’s Blue Dome District Criterium, Ryan had to dodge two crashes in the final straightaways of Saturday’s Women’s Pro 1/2. Despite the chaos, she managed to hold the line and keep teammate Skylar Schneider safe en route to a first-place finish, with Schneider, Friday’s Women’s Pro first place finisher, in second place right behind her.

“It’s really special,” Schneider said of the success she and Ryan have found racing as a power duo. “This is only our second race together… so to both be on the podium two nights in a row, it makes me really excited for what’s to come.”

Ryan and Schneider’s team, L39ION of Los Angeles, has been running competition off the road through the first two days of the 2021 Saint Francis Tulsa Tough. Thanks to Ryan and Schneider’s efforts, Ama Nsek’s first place finish in Friday’s Men’s Category 1/2 and brothers Justin and Cory Williams’ perch atop Friday’s Men’s Pro 1, L39ION of Los Angeles cruised to five podium spots on opening day.

The squad carried that same dominance into Saturday’s competition, starting with Ryan and Schneider’s strong finishes. Then Cory Williams and teammates Tyler Williams and Ty Magner finished the job, taking the top three spots in the Men’s Pro 1 to give L39ION of LA a podium monopoly for the second-straight day.

On a one-day license, solo rider Antonio Mitchell entered the Men’s Novice 35 and Under and took home the win. Then it was on to the first women’s races, starting with the Category 4/5, where DCC’s Ana Puga claimed the victory.

In the Men’s Category 4, Jenks native Sam Carr of Camglass took the win in his first Tulsa Tough race, which the judge called one of the closest finishes he’s ever seen. The decision fell to millimeters and pixels as the video was enlarged in review to determine the final outcome. Road Crew Racing’s Michael Hase was the narrow runner up, while Rahul Kalakuntla finished third.

Lastly, in the Men’s Category 1/2, Premier Racing Texas’ Jefferey May rolled to what he called the “biggest win of his career.” He was able to outlast Cadence Cyclery’s Cesar Serna and Matrix/RBM’s Rob Sandusky. But amid plenty of individual success Saturday, few feats stacked up to the show L39ION of Los Angeles is putting on and will look to continue Sunday in the River Parks Criterium.

“We’re a crit squad and this is what we’re good at, so we both have confidence, we both have a lot of experience and just trust each other immensely,” Ryan said of her racing bond with Schneider. “We’re kind of like a two-man hit squad right now. … The team’s just really vibing off the last couple of days.”

Cyclists compete at the Saint Francis Tulsa Tough on Saturday.