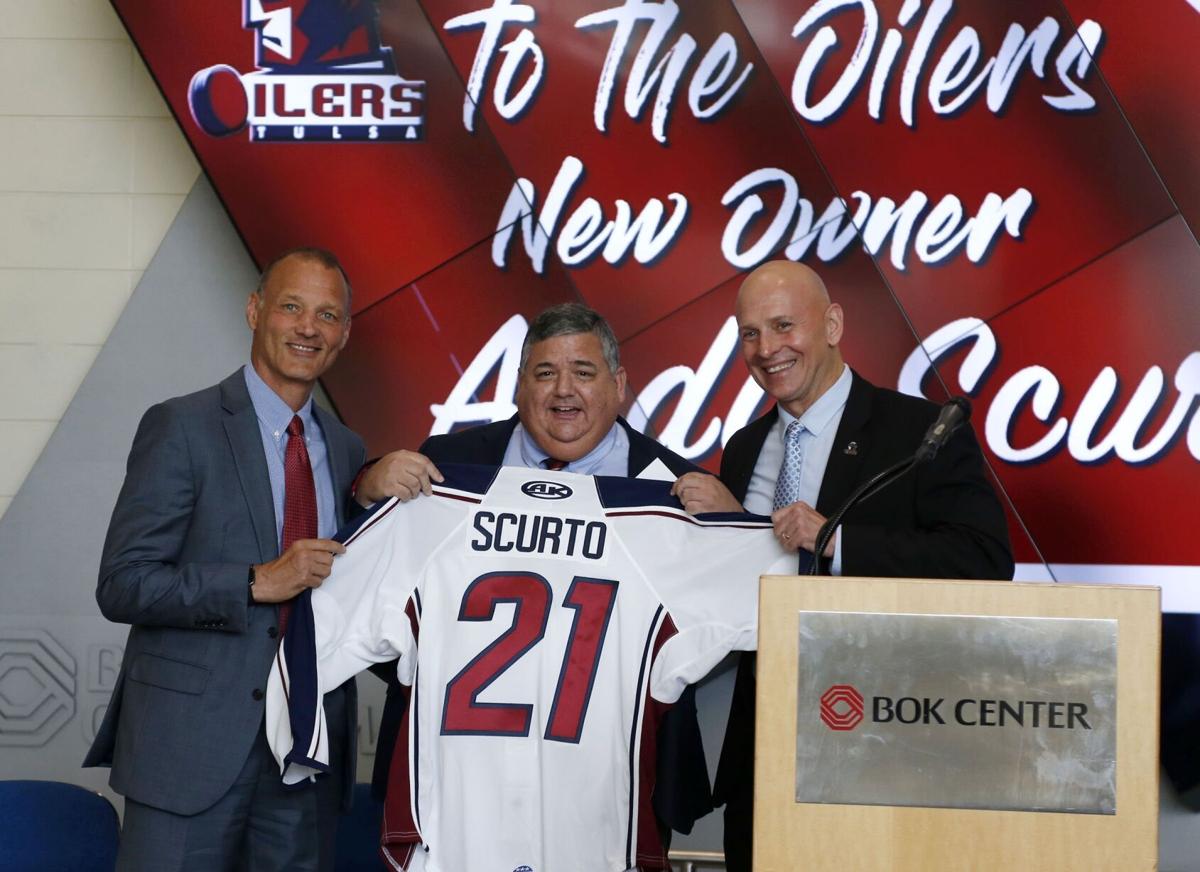 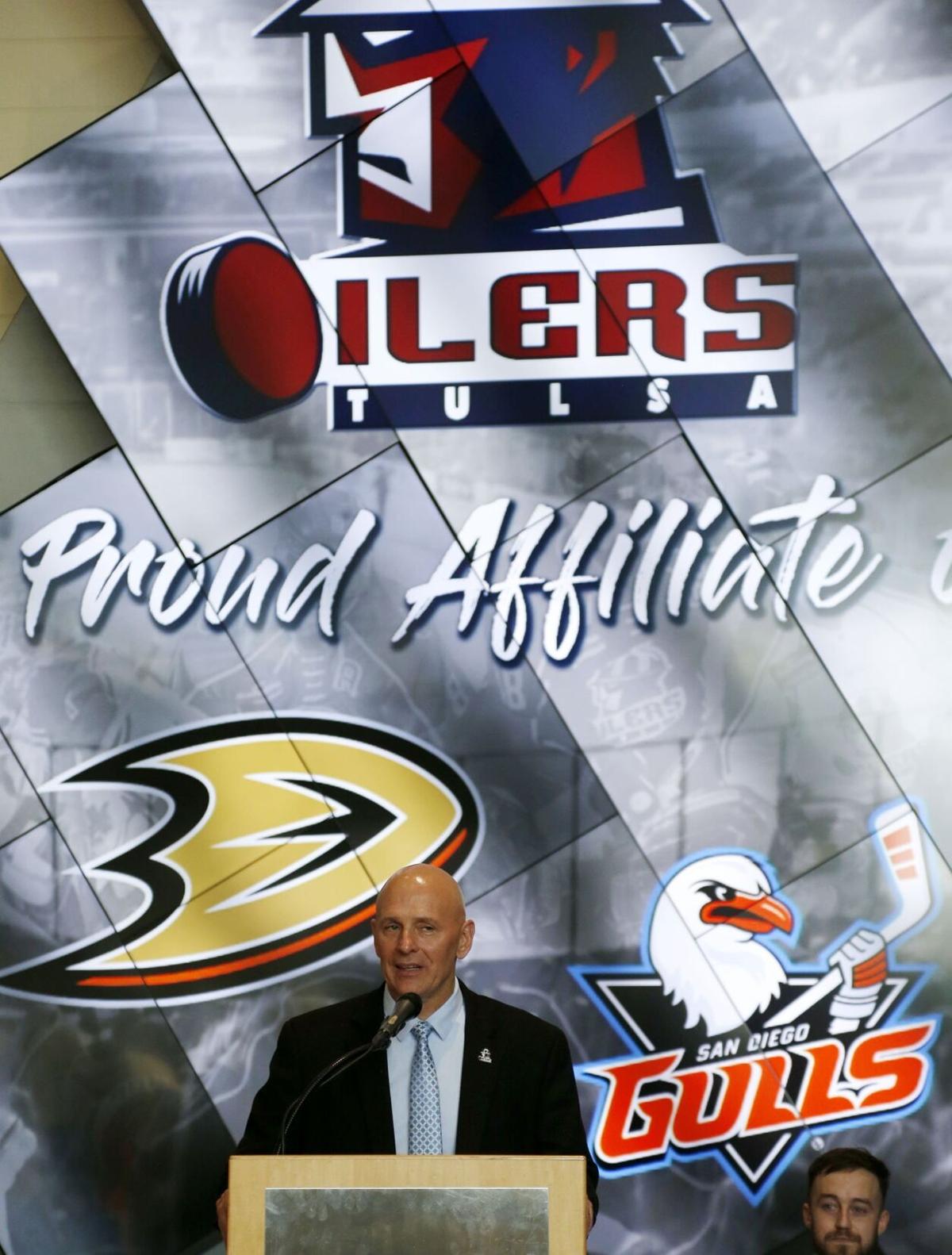 John Rittenoure For the Tulsa World

The Tulsa Oilers will be under new ownership for the 2021-22 season.

Californian Andy Scurto, owner of NL Sports LLC, has purchased the ECHL hockey team in a deal finalized this week. The announcement came on Tuesday at press conference held inside the BOK Center.

Scurto, who is from Saratoga, California, was looking for a hockey team franchise, and the Oilers came up on his list of potential teams.

“I worked with a broker because I was interested in purchasing a team, and they introduced me to anyone that was interested in selling,” Scurto recalled of his search for a team. “I looked at four or five different venues and ended up here.

‘I really liked what I saw. It checked all my boxes. It is in a great facility, we have a great team and a great operations team, and Rodney (Stevens) was looking to divest of one of his teams. It was a perfect match. It is a really solid program and I don’t have to build it from scratch.”

Scurto had no knowledge of what to expect when he first came to Tulsa, and was pleasantly surprised.

“Tulsa is a beautiful city,” he said. “I did not expect it after spending time in Oklahoma City. Coming from California, there are trees and stuff. This is pretty. I love Tulsa.”

After retirement a few years ago, Scurto decided he needed to be doing something.

“I got involved in youth hockey,” he said. “I really like sports and got involved in a women’s professional league, the Premier Hockey Federation (formerly NWHL) and took over leadership. I am president of two clubs (Buffalo Beauts and Minnesota Whitecaps) and wanted to extend that into a men’s program. That is how we ended up where I am at.”

For the 2021-22 season, Scurto wants to get the team out into the community and do more promotions and get Tulsans excited about hockey.

“I want to see us do more entertaining events like fan fairs and more entertainment,” Scurto said. “We are planning a party for opening day. We want to kick up the entertainment level because I think that is what fans come for. If we can make it more fun I think it will increase the fans. Ultimately, I want more people coming to the games. I want to fill this arena.”

Scurto has moved to Tulsa and said he will be a hands-on owner.

“You will see me at most of the games,” he said. “But I have a daughter who plays in college and I do want to see some of her games.”

Coach Rob Murray had his first meeting with Scurto on Monday.

“Myself, Andy and Taylor (General Manager Taylor Hall) had a five-hour meeting, and it was very positive,” Murray said. “We see some differences in how the team operates. He wants to get the team visible in the community. I think that will generate more people in the stands.”

The Oilers kick off the 2021-22 season with a Friday night road game against the Rapid City Rush on Oct. 22