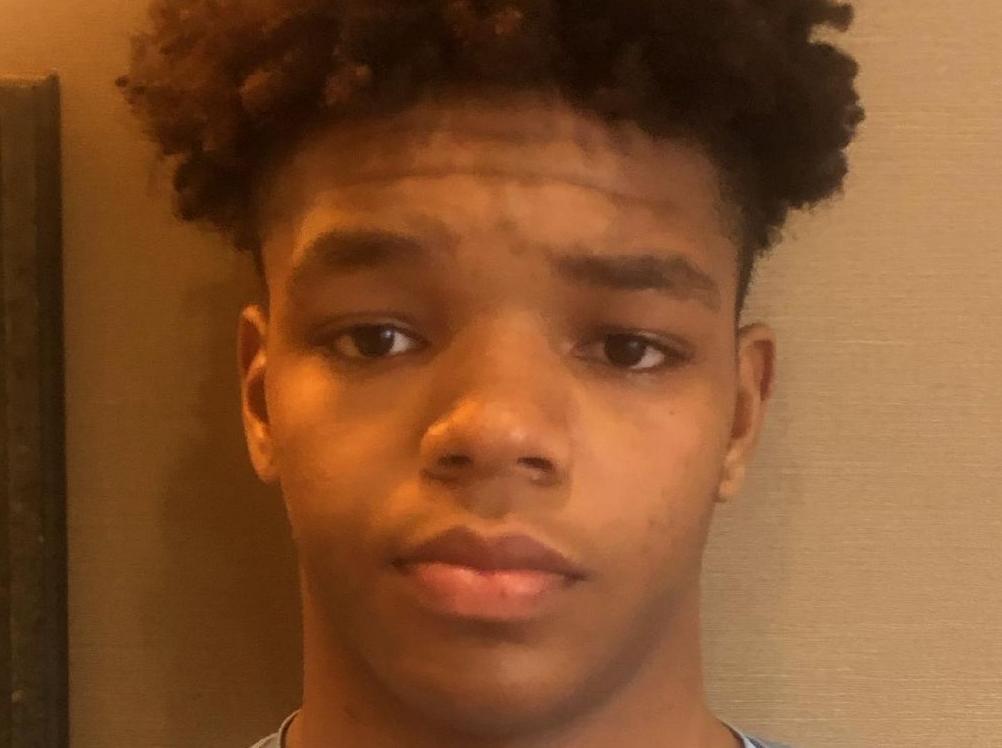 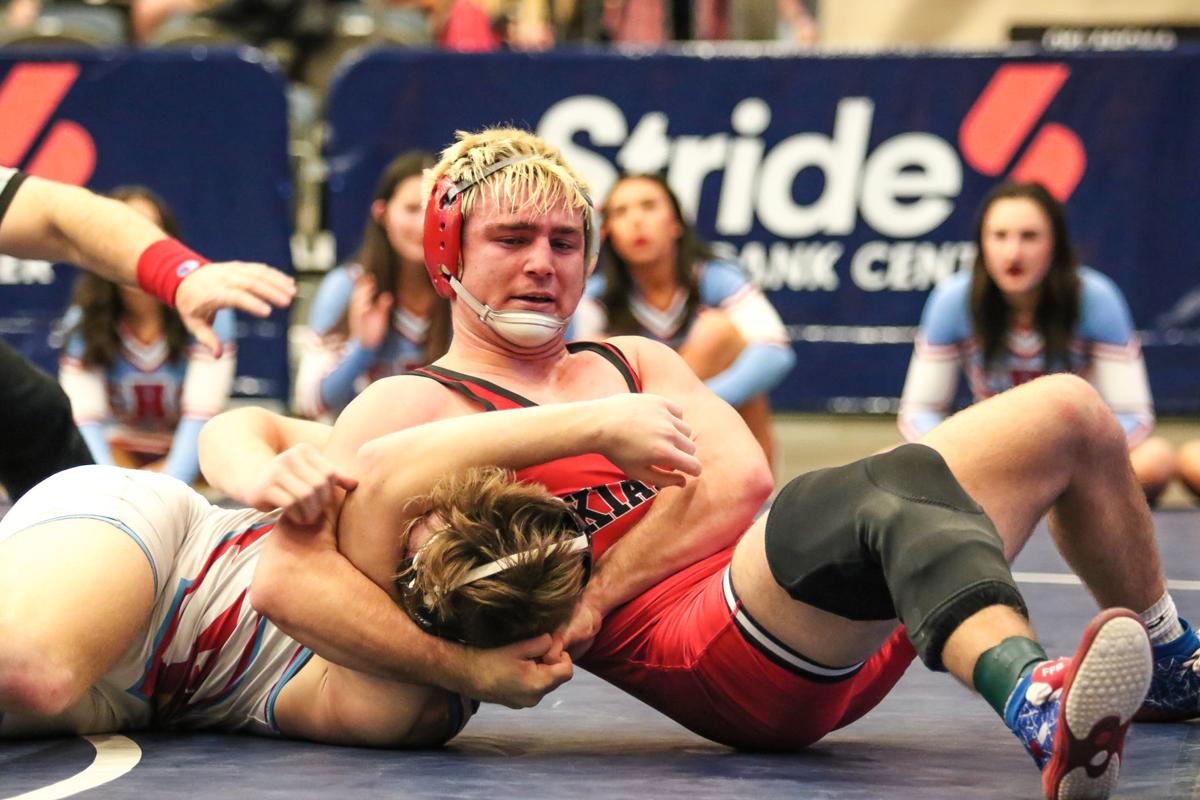 Skiatook’s Cougar Andersen (top) wrestles Collinsville’s Brayden Gilkey in last year’s Class 5A state dual championships in Enid. On Wednesday, the OSSAA approved an extended wrestling season with two-week gaps between the regional and state tournaments and the state tournament and the dual state meet.

Two-time state champ is 12-0 in 2020-21, with individual titles in the Broken Arrow and Sand Springs tournaments, and is 99-1 over three seasons. Owns a 9-3 win over Teague Travis, a three-time Missouri state champion and Oklahoma State commit who moved to Stillwater as a senior. Went 47-1 last year en route to the 5A state title at 126 pounds. Committed to OSU last month and is rated No. 5 nationally in the 2022 recruiting class by FloWrestling.

A one-year-only extension of the high school wrestling season will allow for two-week gaps between the regional and state tournaments and the state tournament and dual state meet.

The change in format is meant to give an athlete who was potentially exposed to the coronavirus (or quarantined) a better opportunity to continue, given the extra time between tournaments.

“We’re not trying to be different, we just feel it’s in the best interest of the sport,” said Todd Goolsby, wrestling chairman for the Oklahoma Secondary School Activities Association.

Goolsby presented the plan for appraisal by the OSSAA’s board during Wednesday’s meeting in Oklahoma City. He said the plan was recommended by members of the OSSAA’s wrestling advisory committee.

In the past, the three tournaments have been run on successive weekends, ending around March 1. But Goolsby said the pandemic poses unique challenges for wrestlers.

“If a kid qualified at regionals and then a quarantine situation came up, he would have no chance at all of overcoming it (with less than seven days) between activities,” Goolsby said. “This way, he at least has a fighting chance.”

The dual state meets for all four classes will again be wrestled at the Stride Event Center in Enid.

A heated rivalry flares up again at 7 p.m. Thursday when No. 1 Collinsville visits No. 2 Skiatook in a rematch of last year’s Class 5A dual state final.

Skiatook won 32-28 in Enid last February to capture its second straight dual state crown. The Bulldogs rallied from a 25-3 deficit and Brody Gee pinned Clay Gates 28 seconds from the end of their decisive bout at 106 pounds.

Gee, Cates and many others from last year will be in action again Thursday and coaches are predicting another tight match in the Brooks Walton Activity Center.

“It’s all gonna come down to bonus points,” Skiatook coach Jake Parker said. “We need to stay off our backs and avoid falls and go pin the (Collinsville wrestlers) we need to pin.”

“It sure would be nice to win both again,” Harding said.

Located nine miles apart, the schools need little added motivation for wanting to wrestle one another.

Bixby punched its ticket to the dual state tournament Tuesday with a 33-32 upset of No. 1 Stillwater in the deciding match of the District 6A-8 duals at Owasso.

The No. 5 Spartans received key falls from Isaac Gibson at 285 pounds and Clay Giddens-Buttram at 113 to tie the match at 32 and advanced on the first tiebreaker criteria because they won eight of the 14 individual bouts.

Bixby fourth-year coach Brock Moore called it “the biggest win of my coaching career. They’re nationally ranked and ranked No. 1 in Oklahoma, so it was big.”

BIXBY — It became a basketball war of nerves Friday night, and Bixby’s girls found they had the brass to get the job done.

Notes include tournament victories for Sapulpa and Owasso; plus players to watch and rankings.

Martin, also an NFL official since 2015, is on the NFL's "COVID list" and this will be the third consecutive weekend that he has been sidelined.

Skiatook’s Cougar Andersen (top) wrestles Collinsville’s Brayden Gilkey in last year’s Class 5A state dual championships in Enid. On Wednesday, the OSSAA approved an extended wrestling season with two-week gaps between the regional and state tournaments and the state tournament and the dual state meet.