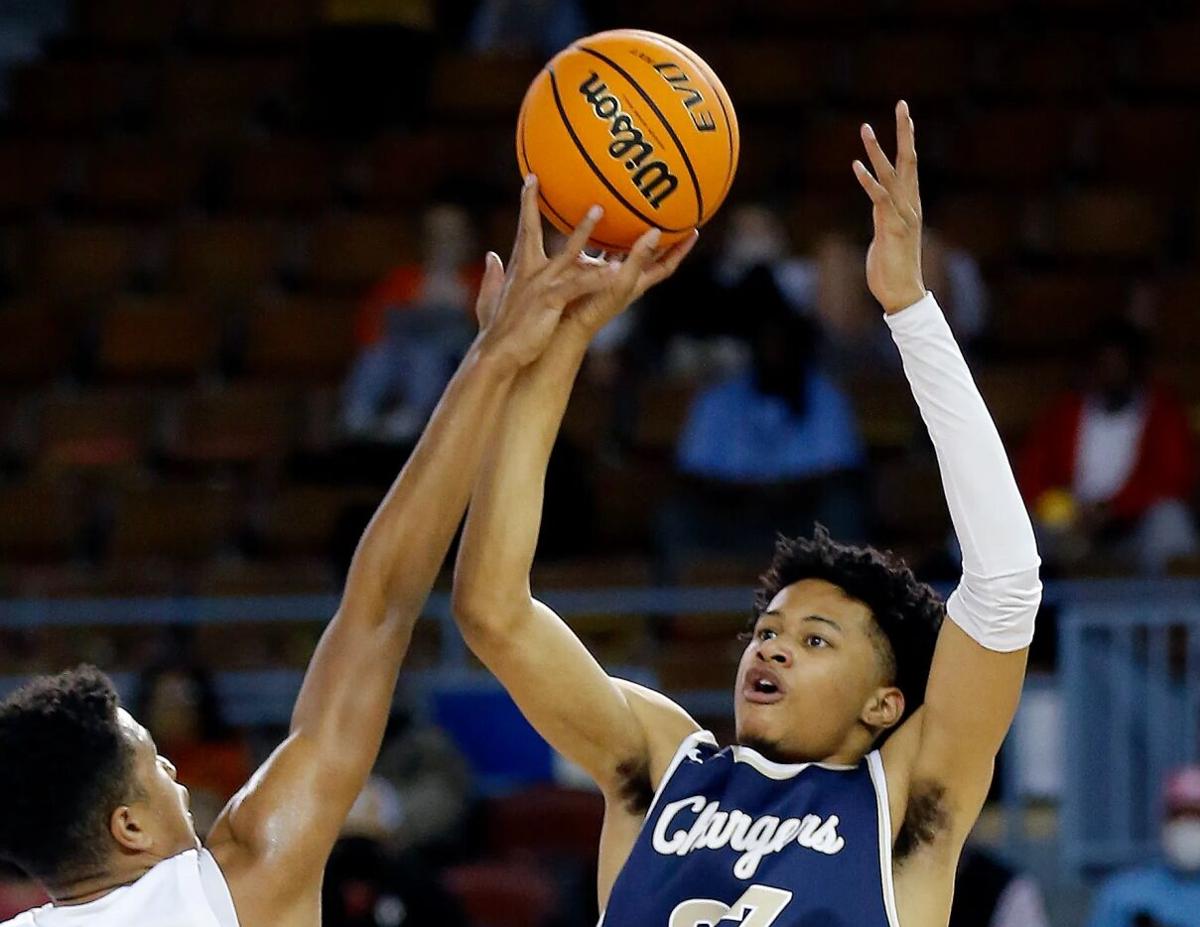 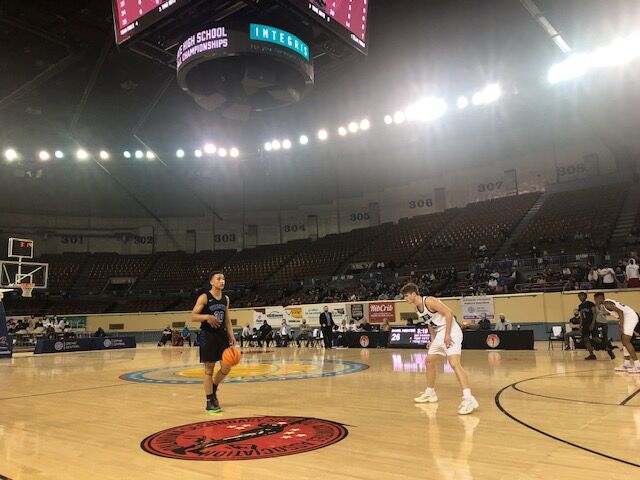 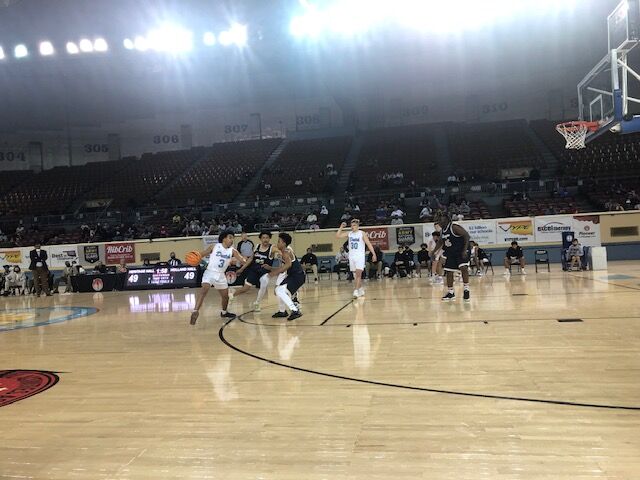 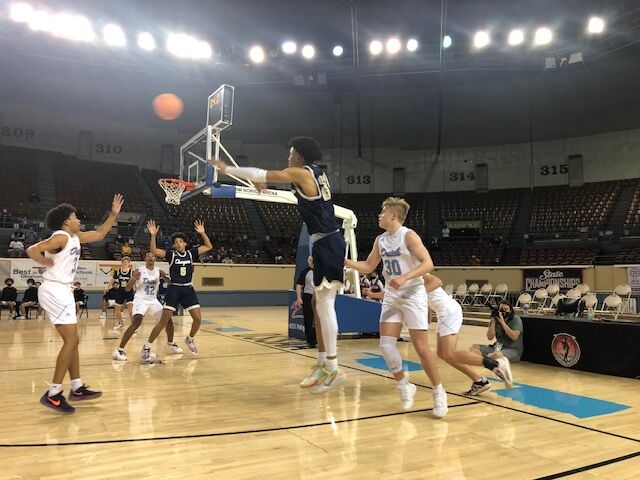 OKLAHOMA CITY — Webster’s Anthony Pritchard was in prime form for his return to the Class 4A state tournament Tuesday night.

Pritchard, a Tennessee Tech signee, scored 30 points to lead the third-ranked Warriors past No. 4 Victory Christian 56-51 in the quarterfinals at State Fair (Jim Norick) Arena.

It was Pritchard’s second game of at least 30 points in this year’s playoffs.

“That’s what we need from him,” Webster coach Scott Bowman said.

Webster (16-6) advances to meet No. 2 Oklahoma City Heritage Hall (20-5) in the semifinals at 11:30 a.m. Friday. Heritage Hall saw an 18-point lead erased in the fourth quarter before defeating No. 8 Holland Hall 53-51 in overtime on CJ Smith’s basket as time expired.

The Warriors also led by 18 going into the fourth quarter and nearly saw it slip away. Cedric Hardridge sank four 3s in the fourth as the Conquerors roared back after being down 21 in the second half, but never got closer than the final margin. Udoumoh's basket on an offensive rebound made it 56-50 with 14 seconds left and a few seconds later Victory had a a 3-pointer spin out.

“The start we came out with was what we wanted, a little disappointed with the later part of the game,” Bowman said. “A lot of credit to Victory, their kids didn’t quit. That shows a lot for a young team.”

Pritchard, in his first state tournament game since 2018, scored 19 in the first half, including a 3 as time expired to send the Warriors into intermission with a 33-14 lead. He was 3-of-6 on 3s and had seven rebounds.

"It was exciting," Pritchard said about playing again in the state tournament.

“The tough thing is you put three guys on Trey Alexander and that’s going to leave someone open,” Dutch coach Teddy Owens said about the Auburn signee.

The Dutch had tied the game at 51 on Nate Mullendore’s layup with 15 seconds left. Alexander opened the OT scoring on a basket with 1:40 left after blocking a shot on the defensive end.

Holland Hall trailed 47-29 going into the fourth, but opened the fourth with a 19-0 run, taking the lead on Marc Gouldsby’s floater with 1:40 left, but 13 seconds later Alexander fed Melvin Swindle for a layup that gave the Chargers a 49-48 lead. At 1:13, Gouldsby made 1-of-2 free throws that left the game tied at 49.

The Chargers tried to play for the last shot, but Alexander was fouled by Gouldsby with :18.9 left and then missed the front end of a 1-and-1, giving Holland Hall a chance to win at the buzzer, but Elliott Andrew’s 3 from the corner rimmed out.

Gouldsby, a senior, led the Dutch (14-6) with 14 points, including nine in the fourth quarter while holding Alexander to 2 points in the final 12 minutes. Alexander scored 24 points, with 11 coming in the first half and 11 in the third quarter.

“You can never replace a guy like Marc Gouldsby,” Owens said. “He’s been the absolute pulse of our athletic department — whether it’s football, basketball or baseball. He’s an absolute competitor. He saw Trey Alexander and wasn’t scared at all.

“We had a shot at winning it, that last shot (in regulation) looked like it was going in.

Carter Benton had four 3s in the second half to help fuel the Dutch’s comeback.

“I couldn’t be prouder of those guys, the way they played and believed in themselves, even when they were down 19, and never gave up against one of the best teams in the state,” Owens said.