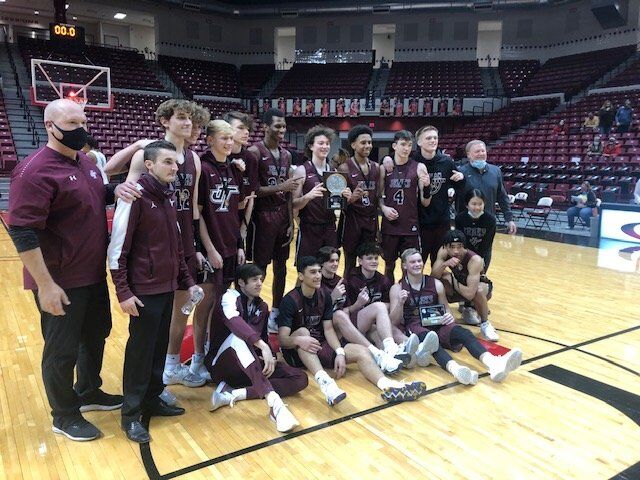 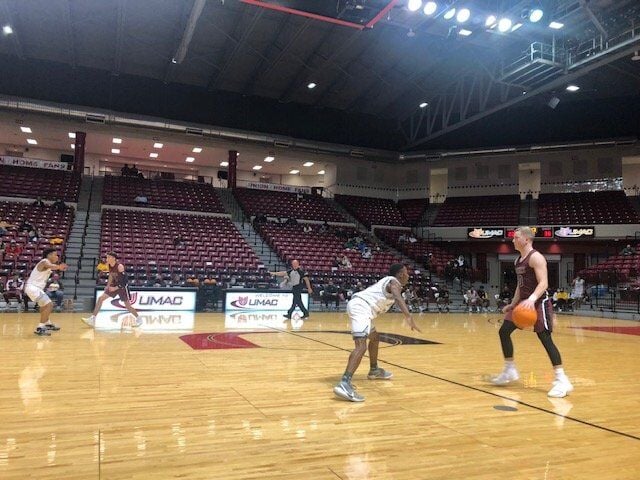 For the second time in seven weeks, Jenks' Stephen Kittleman was a big factor in a championship-game victory over Edmond Santa Fe.

Last month, Kittleman was the Trojans' quarterback in the Class 6AI state football final. On the basketball court Saturday night, he was the point-guard who set the tone early as he helped lead short-handed Jenks to a 57-52 victory in the Jenks/Union Invitational final at the Union Multipurpose Activity Center.

"It was weird," Kittleman said about playing Santa Fe in another title game so soon. "I didn't even think about that until one of my teammates told me.  Seeing Talyn Shettron out there was cool."

Kittleman, who had 12 points, was referring to one of the state's top wide receivers. Shettron's brother, Tabry, also a football player, had 25 points and 13 rebounds (Santa Fe out-rebounded Jenks 42-22), but the Trojans overcame that despite playing without one of their top players, Chase Martin, who was sidelined with back spasms that flared up just before game time.

And Jenks (7-3) also was without his father and head coach, Clay Martin, who was about 900 miles away in Green Bay, where he will be an alternate official for Sunday's NFC Championship game between the Packers and Tampa Bay.

"It was a great team effort, coaching staff included," Jenks longtime assistant Kalin Dahl said. "There were lots of contributions off the bench."

Kittleman made two early 3s to help Jenks jump out to a quick lead, 13-7, at the end of the first quarter and that advantage grew to 31-13 going into intermission despite tournament MVP Ben Averitt missing the half's final five minutes due to three fouls.

"Stephen is a great leader," Dahl said. "He came right off the football field and brought that leadership and toughness to the basketball court. He's very valuable."

Jenks led 49-29 early in the fourth quarter before the Wolves stormed back, cutting their deficit to 56-52 on Tabry Shettron's basket with 9.5 seconds left. However, he missed the ensuing free throw that could have made it a one-possession game. Gron Tata made 1-of-2 free throws with 6.6 seconds left to help ensure Jenks' win. Tata had a team-high 13 points and Kittleman 12.

"It's awesome coming from losing (last month) to Owasso by 30," Kittleman said. "It was a big wake-up call and to come out here and win, it's a huge step for our program. We had to bear down and work hard and it showed in this tournament."

Just as was the case with the 6AI football playoffs, Santa Fe (9-6) advanced to the title game with a semifinal win over Union.

Jenks won the tournament after surviving a quarterfinal scare from Trinity Christian as the Trojans needed Chase Martin's basket in the final moments to win 75-74 -- their first game in 16 days after a COVID quarantine.

"The core value of our program is toughness and fighting through adversity," Kittleman said. "And that's what we did."

Webbers Falls' girls will have to roll out of bed early Tuesday to prepare for their first game in the Class B basketball state tournament.