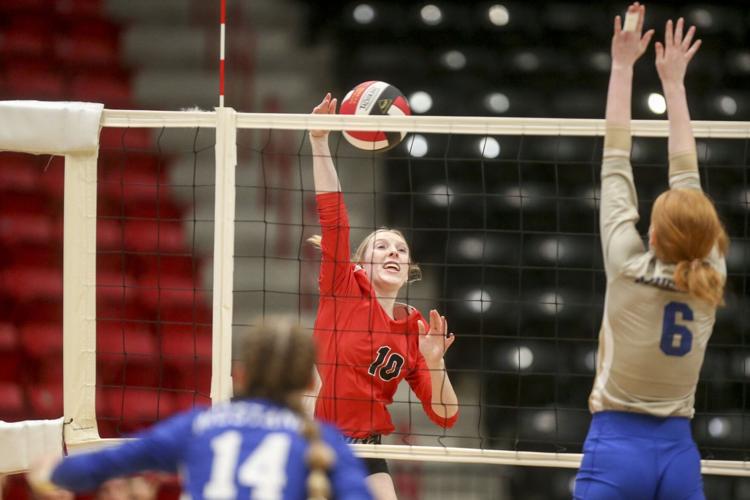 Skiatook’s Emily Avery spikes the ball during a volleyball match Thursday against Oologah. 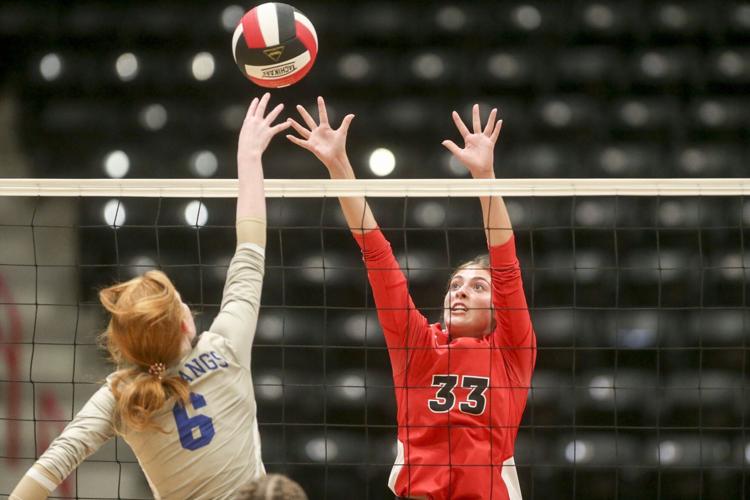 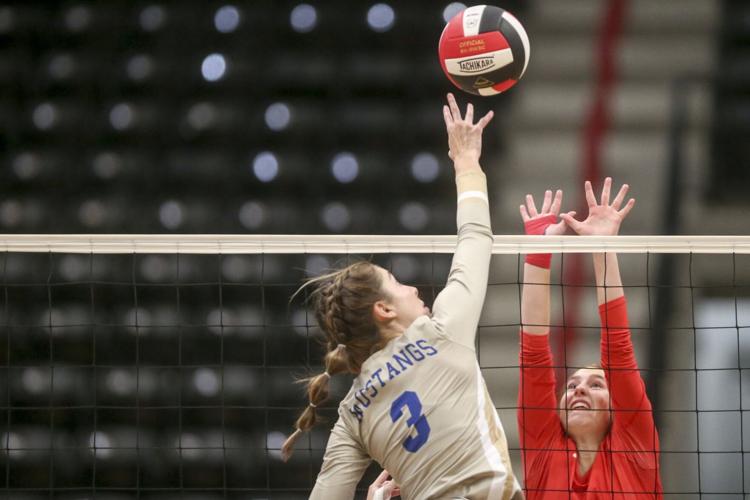 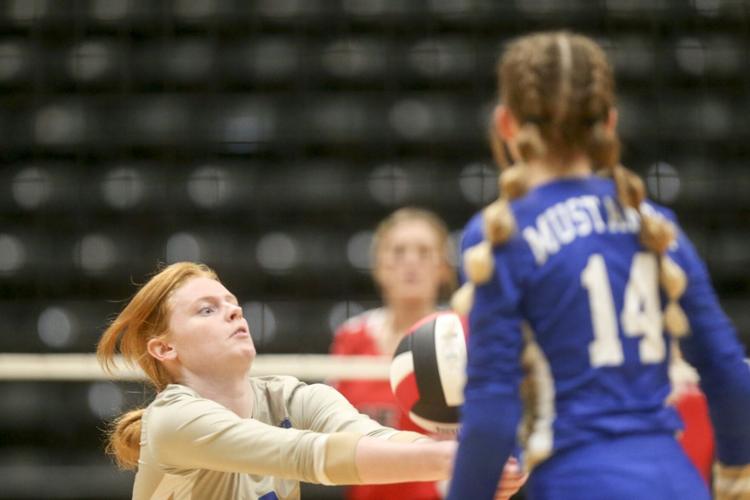 Oologah’s Faith Helton bumps the ball against Skiatook on Thursday.

The host Bulldogs (13-11) defeated Oologah (9-7) in four sets, but the Mustangs did not go down easily at Brooks Walton Activity Center.

After Skiatook took the first two sets 25-15 and 25-14, Oologah responded in the third. The Mustangs went ahead 19-14 and maintained their lead to win 25-19 before Skiatook rallied in the fourth for a 25-22 victory that closed out the match.

“We lost focus in that third set,” Skiatook coach Jamie Long said. “(Oologah’s) serve-receive and their defense was amazing. They were keeping the ball off the ground and they were getting swings keeping the ball in play.”

The Mustangs carried that momentum into the fourth set, going ahead 8-0 early. Skiatook had its work cut out.

“We just had to keep doing what we were doing. I think we were trying to change to much. We just needed to come back into our game,” Long said.

Skiatook gradually ate away at its deficit, playing two scores to one here and there until, late in the set, the Bulldogs squashed the Mustangs’ lead at 22-21. Skiatook ran out of the gym with a 25-22 win and a sigh of relief.

“I think our server put more pressure on them than we had been, and maybe some balls that we kind of let go maybe in that third or earlier in that fourth set, we were able to get to them,” Long said. “We were able to refocus there toward the end of the fourth period … . Any time you can play under pressure, you can’t simulate that in practice at all. And just being able to go back there and hit a serve when you have to hit a serve … . There is a lot to be said for that.”

The Bulldogs travel to No. 10 Catoosa on Tuesday, then at 5A No. 9 Coweta on Thursday.

“We’ve got a tough week next week. We go on the road,” Long said. “We played (Catoosa) twice last Saturday, so it’s just another opportunity for us to kind of see where we’re at.

“We’re still trying to find our way in the rankings, so a big win like that would be huge.”

Ella Drake propels Regent Prep past No. 1 Verdigris in 4A volleyball

The University of Central Arkansas commit recorded 26 kills as the third-ranked Rams prevailed in four sets.

After dropping to No. 2 in the Class 6A coaches poll Monday, the Comets (15-4) responded with a decisive 3-0 win over the visiting Irish (20-3), which entered the match ranked third in 5A.

Class 6A No. 3 Jenks goes on the road to drop Owasso in volleyball match

After years of prohibition, boxing gains popularity among women in Libya

After years of prohibition, boxing gains popularity among women in Libya

Skiatook’s Emily Avery spikes the ball during a volleyball match Thursday against Oologah.

Oologah’s Faith Helton bumps the ball against Skiatook on Thursday.