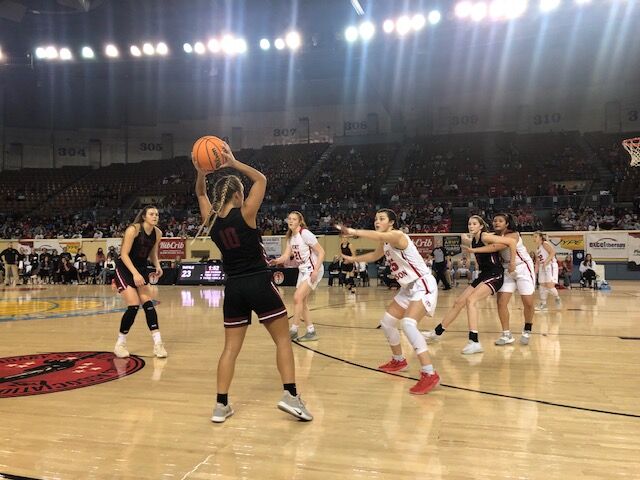 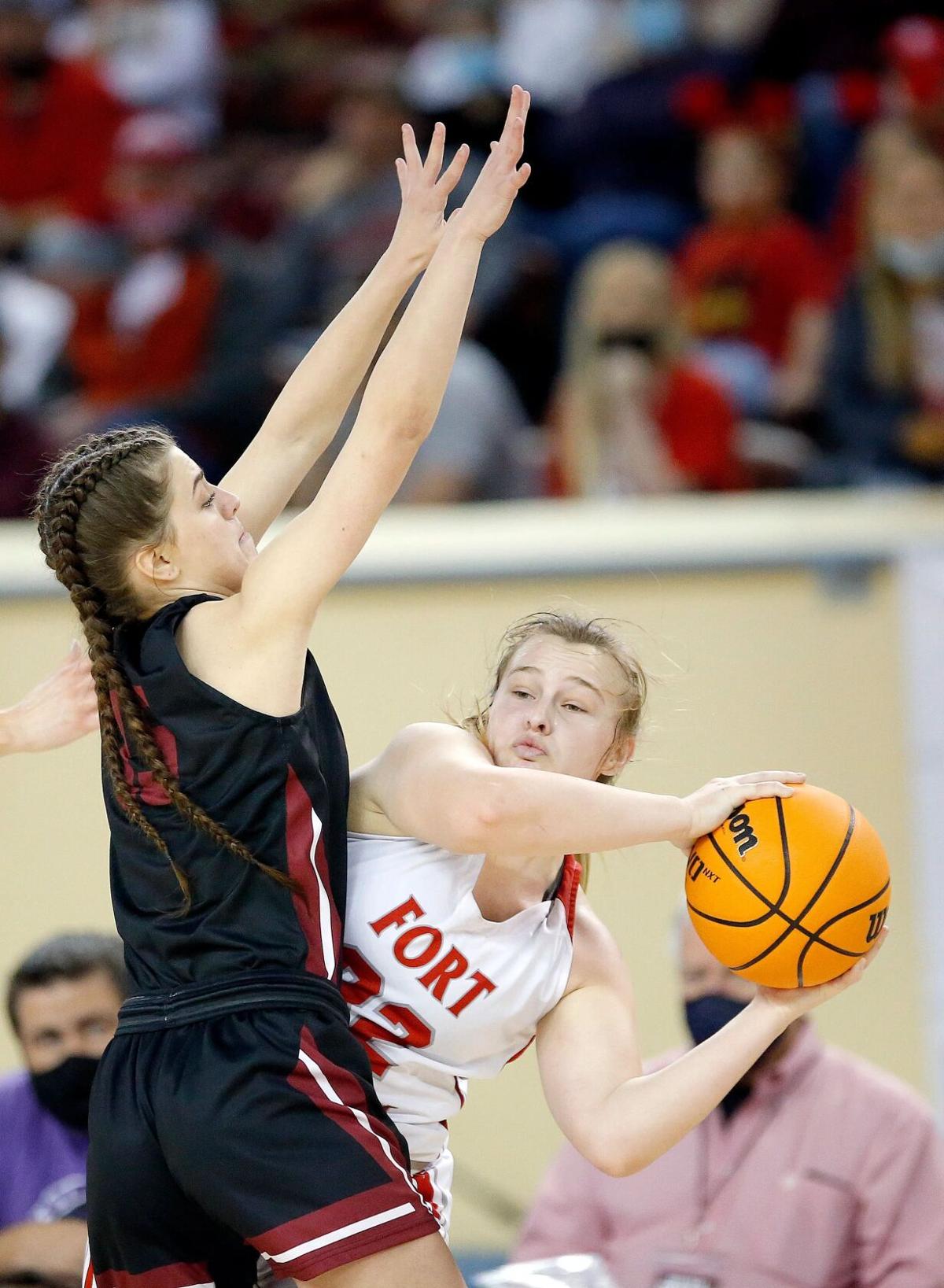 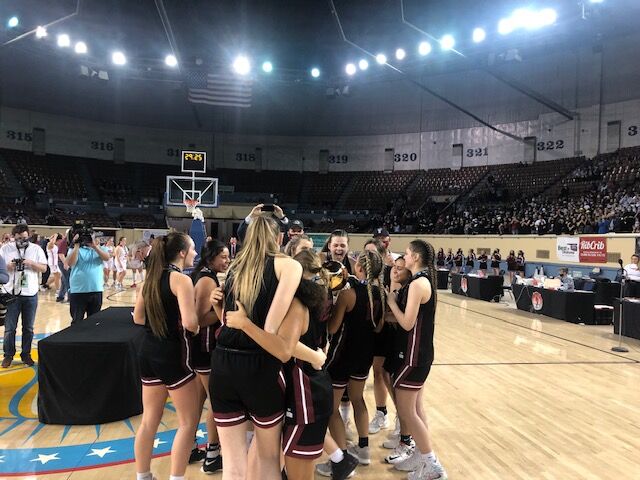 Tuttle players celebrate their first state basketball title after a 53-38 win over Fort Gibson in the Class 4A girls final on Saturday at State Fair (Jim Norick) Arena in Oklahoma City.

OKLAHOMA CITY — Early in the fourth quarter Saturday of the Class 4A girls state title game, Fort Gibson appeared in good shape to win its fifth gold ball in 11 years.

But after Fort Gibson’s Jordan Gann tied the game at 36 with two free throws, Tuttle scored 17 of the game’s final 19 points to come away with its first basketball state title, 53-38, at State Fair (Jim Norick) Arena.

Fort Gibson, which was a state qualifier for the 17th consecutive season, was in its ninth state final since 2006 while Tuttle had never played in a championship game. Tuttle avenged a 56-31 loss to Fort Gibson in the 2018 quarterfinals — that was Tuttle’s first state berth in 35 years.

“We’ve been here a lot,” Fort Gibson coach Chuck London said. “Fortunately you win some and unfortunately you lose some. When you lose it hurts and it’s very tough, but give (Tuttle) credit.”

Gann opened the fourth quarter with a layup that gave Fort Gibson a 34-33 lead. Tuttle’s Storie Driver answered with a 3 and then Gann made her tying free throws.

Tuttle’s Hadley Periman made 1-of-2 free throws to start a 13-0 run. Allen followed with two free throws, Madi Surber scored off a steal and Periman followed with a three-point play for a 44-36 lead. Lexie Foutch’s layup with 1:23 left ended Fort Gibson’s five-minute scoring drought, but by then Tuttle was ahead 49-38.

London said he was confident about his team’s chances going into the fourth quarter because his team had “played our best basketball at the right time,” and “we were right where we needed to be.

“A couple of plays went against us and got them momentum, and we had trouble scoring.”

What will London remember most about his team this season?

“The work ethic and toughness they displayed,” London said. “What I take mostly is the heart and the grit our team displayed.”

CATOOSA — In the end, it was about determination and resilience, as No. 4-ranked Jenks outlasted No. 1 Bishop Kelley in a significant upset in…

Mark Tucker was a magician with a basketball in his hands. During the 1973-74 seasons, he helped put the Sapulpa Chieftains on the basketball map.

Bill Haisten: UCO gets serious about a long-term run as the host of state championship football

With a $10 million stadium renovation, UCO makes a resounding statement that it wants a long-term relationship with Oklahoma high school football.

For the third time since 2018, a Hornet athlete is at the center of a nationally significant recruiting situation.

Victory Christian enters Class 2A rankings at No. 5 after routing Metro

Victory Christian is in the 2A rankings for the first time this season after a 62-7 win over two-time defending champion Metro Christian, which was No. 3, but falls out of the top 10.

Tuttle players celebrate their first state basketball title after a 53-38 win over Fort Gibson in the Class 4A girls final on Saturday at State Fair (Jim Norick) Arena in Oklahoma City.