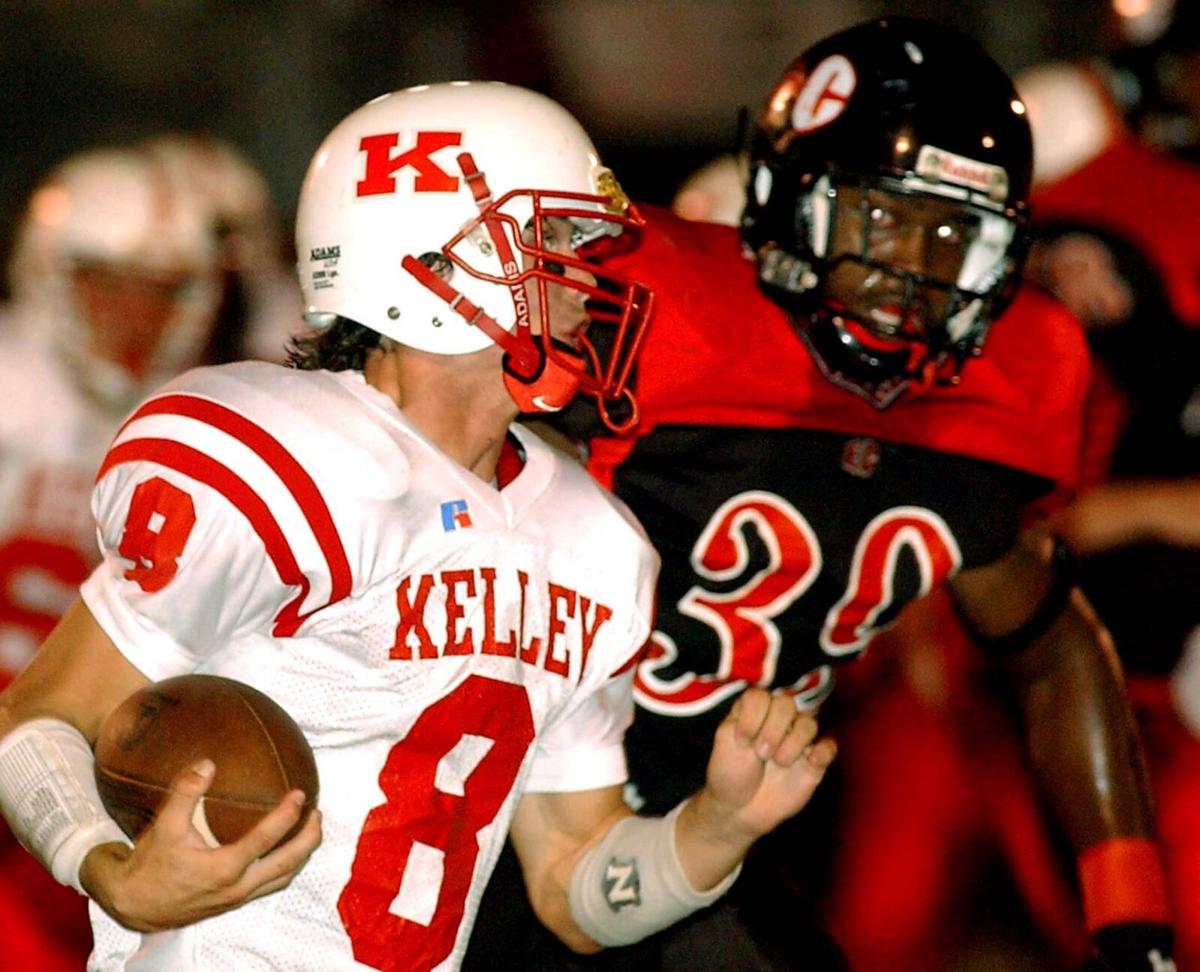 Popsey Floyd (right), who had 51 career sacks for East Central, closes in on Bishop Kelley quarterback Adam Minihan during a 2004 game. 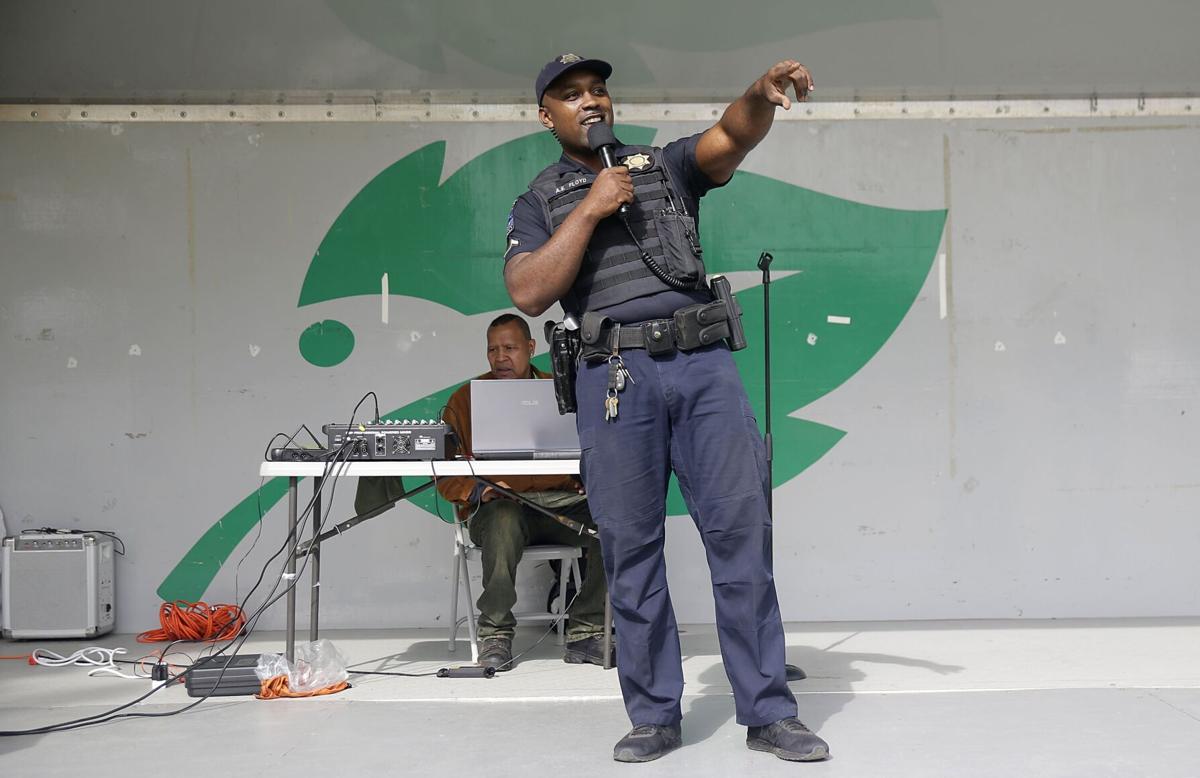 Popsey Floyd speaks at the 2017 Ignite the Change party that he helped organize at Johnson Park. 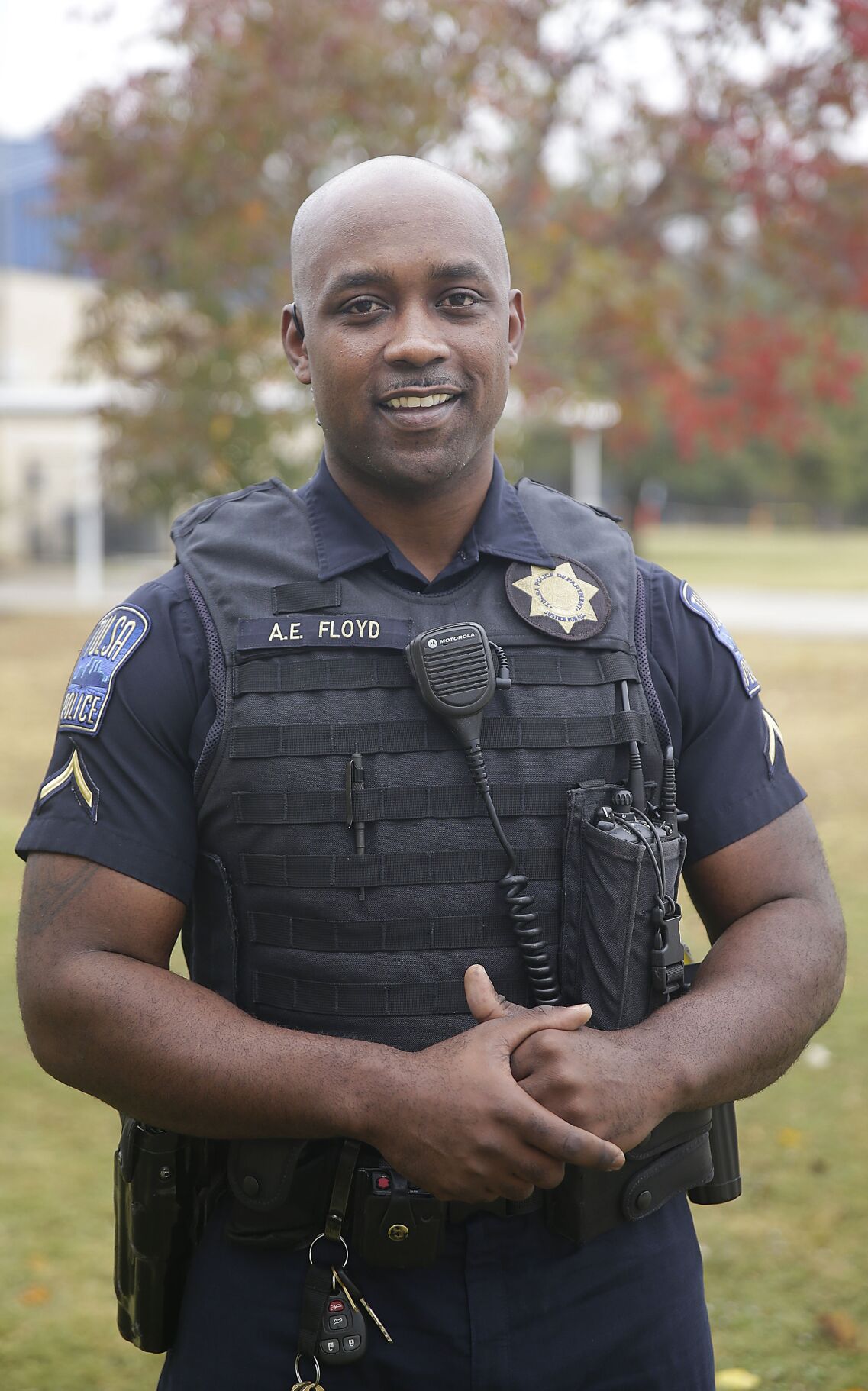 Popsey Floyd collects items for a community event at Johnson Park in 2017.

Six more inductees will be announced over the next two weekends for the ninth annual banquet at 6:30 p.m. Thursday, June 10, at the DoubleTree Tulsa at Warren Place. A reception will start at 5:30 p.m.

Floyd was a 2004 Tulsa World All-State first-team selection at defensive end. He had 145 tackles and 23 sacks to help East Central reach the Class 5A semifinals for the second consecutive year. Floyd, who also lettered in basketball and track, had 321 career tackles and 51 sacks. He went on to play for the University of Tulsa.

In 2011, he joined the Tulsa Police Department and spent two years as TPD's first community resource officer. In 2017, he was one of the Tulsa World’s “Tulsans of the Year.”

Oglesby, a 1954 Central graduate, ran track and cross country in high school and competed at Oklahoma Baptist. He began his coaching career at Central in 1964. Texas Tech hired him as a basketball assistant in 1969 and he spent 48 years with the Red Raiders until his death in 2017. He was the head track coach from 1975-95 and director of special projects for the Red Raider Club from 1997-2017. Oglesby was inducted into the Texas Tech Athletic Hall of Fame in 2014.

Kraft Yandell, a 1973 Edison graduate, was among the nation’s elite junior tennis players and won the girls 14-under national doubles title in 1969. She won Sugar Bowl Invitational singles and double championships at age 12. Going into her sophomore year, she was ranked nationally in girls 16 singles and doubles. She graduated from Vanderbilt in 1977. Her sister, Kathy Kraft West, was inducted into the TPS Sports Hall of Fame in 2016.

Billings won a state wrestling title at 123 pounds as a senior for Webster in 1953. After wrestling on two NCAA title teams at Oklahoma State and winning an AAU national gold medal, he coached at Sapulpa from 1957-64 and led Lamar (Colorado) Junior College to a national title in 1965 before returning to Webster as coach for five seasons. He was Webster's principal from 1984-94 and died in 2009.

Tickets are available at $100 individual or a table for 10 at $1,000. Reservations can be made by contacting Lisa Norman in the Athletics Office by email at normali@tulsaschools.org or by calling 918-746-6453. Seating is limited to 200.

The 21st TPS Golf Classic is scheduled June 11 at LaFortune Golf Course. Individual players are $100 and teams of four are $375. Entries can be made by contacting Lisa Norman.

Popsey Floyd (right), who had 51 career sacks for East Central, closes in on Bishop Kelley quarterback Adam Minihan during a 2004 game.

Popsey Floyd speaks at the 2017 Ignite the Change party that he helped organize at Johnson Park.

Popsey Floyd collects items for a community event at Johnson Park in 2017. 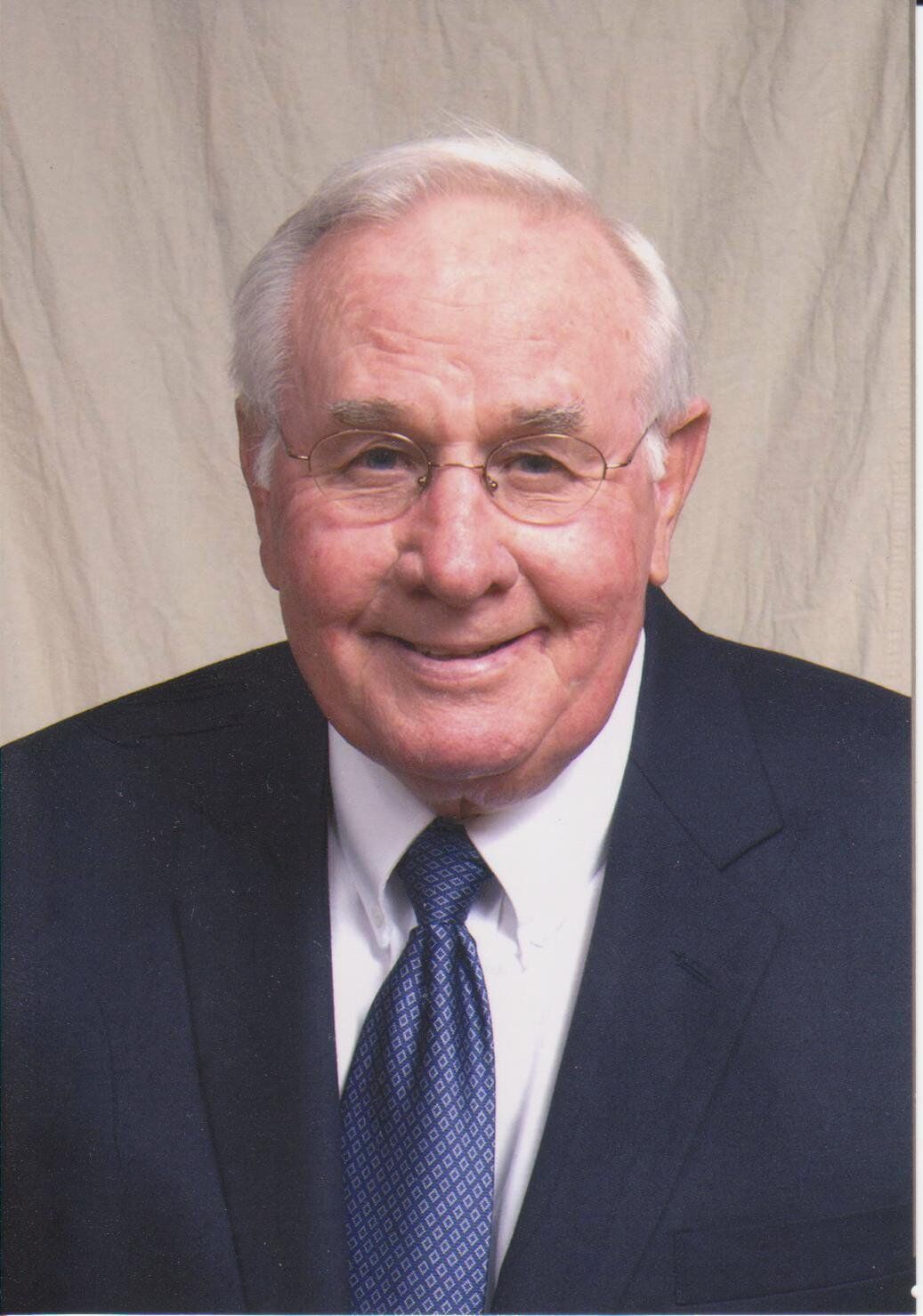