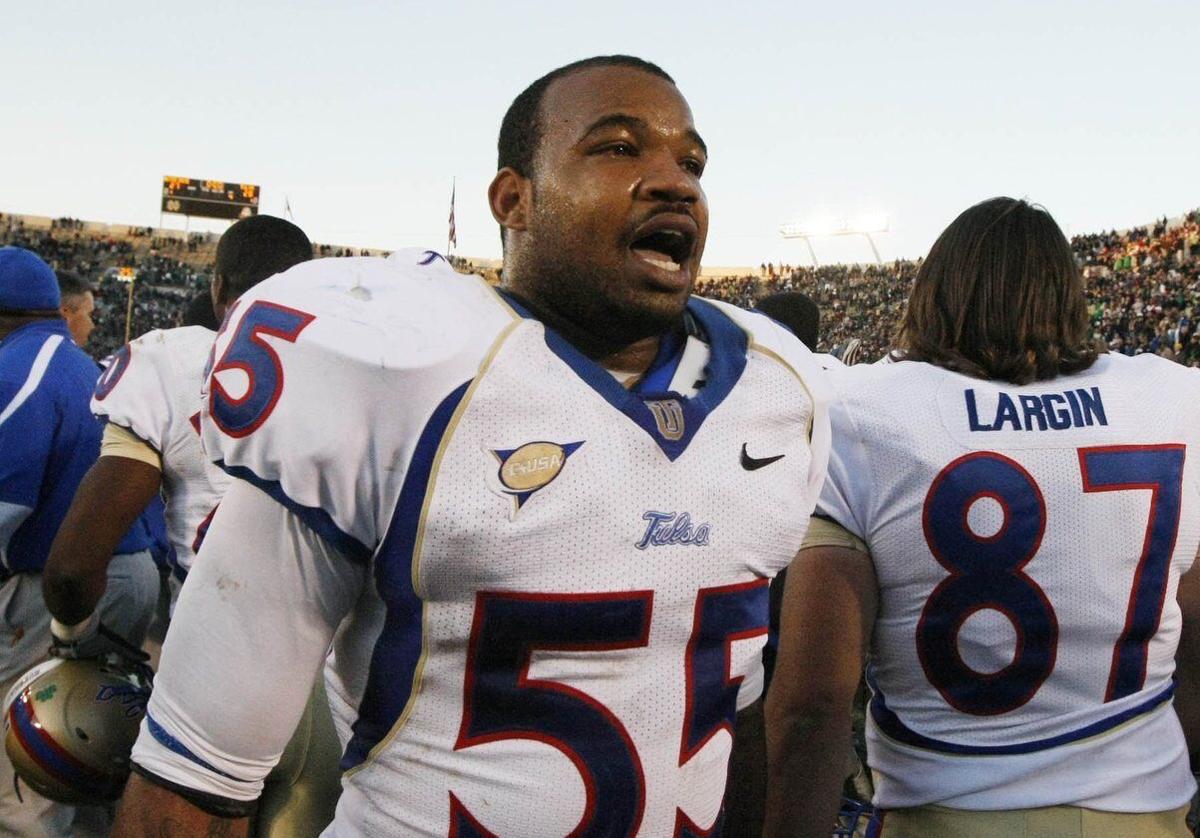 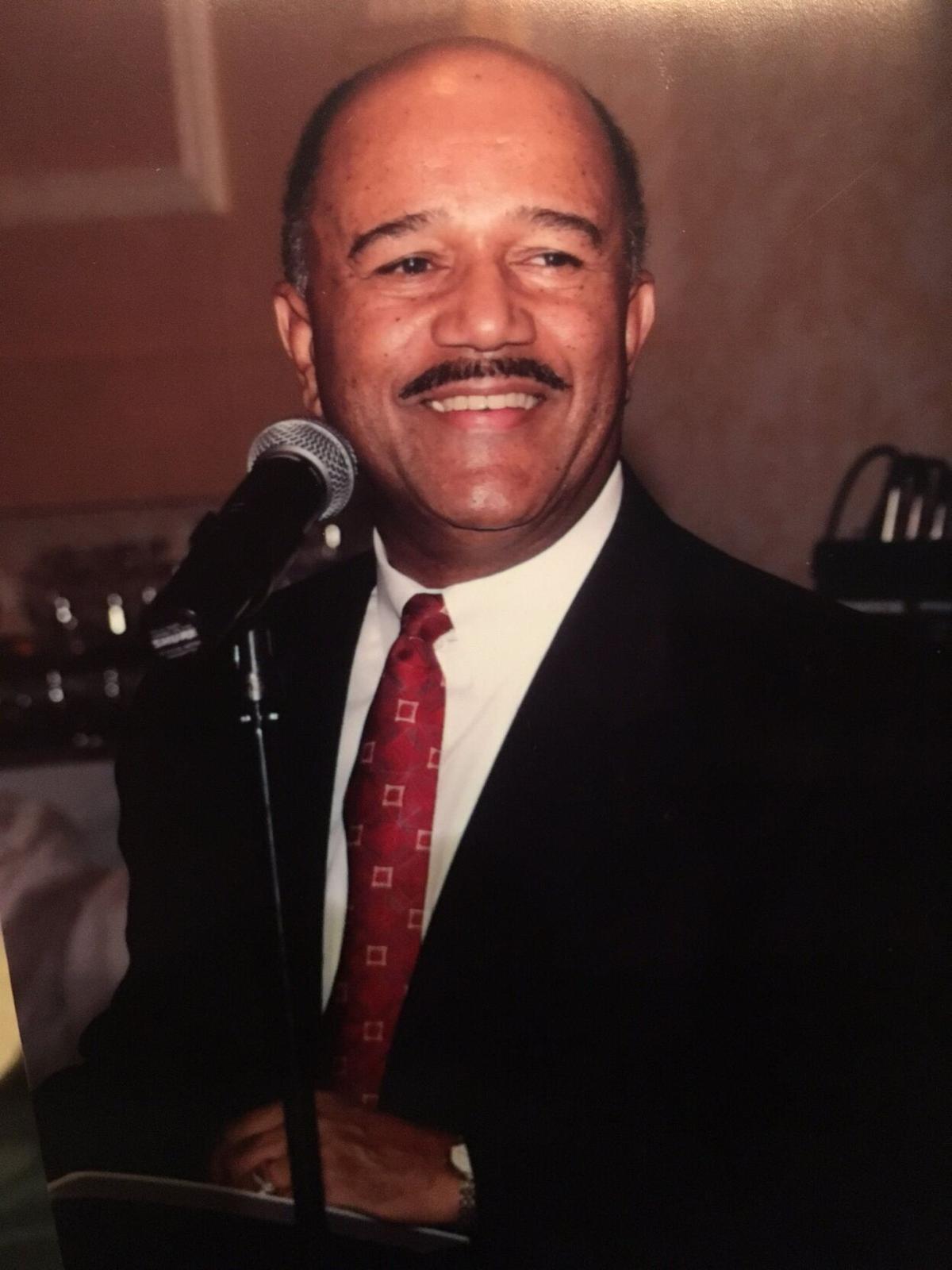 Dale Hogg was inducted into Booker T. Washington's Hall of Fame in 2017. He is part of this year's Tulsa Public Schools' Hall of Fame class. 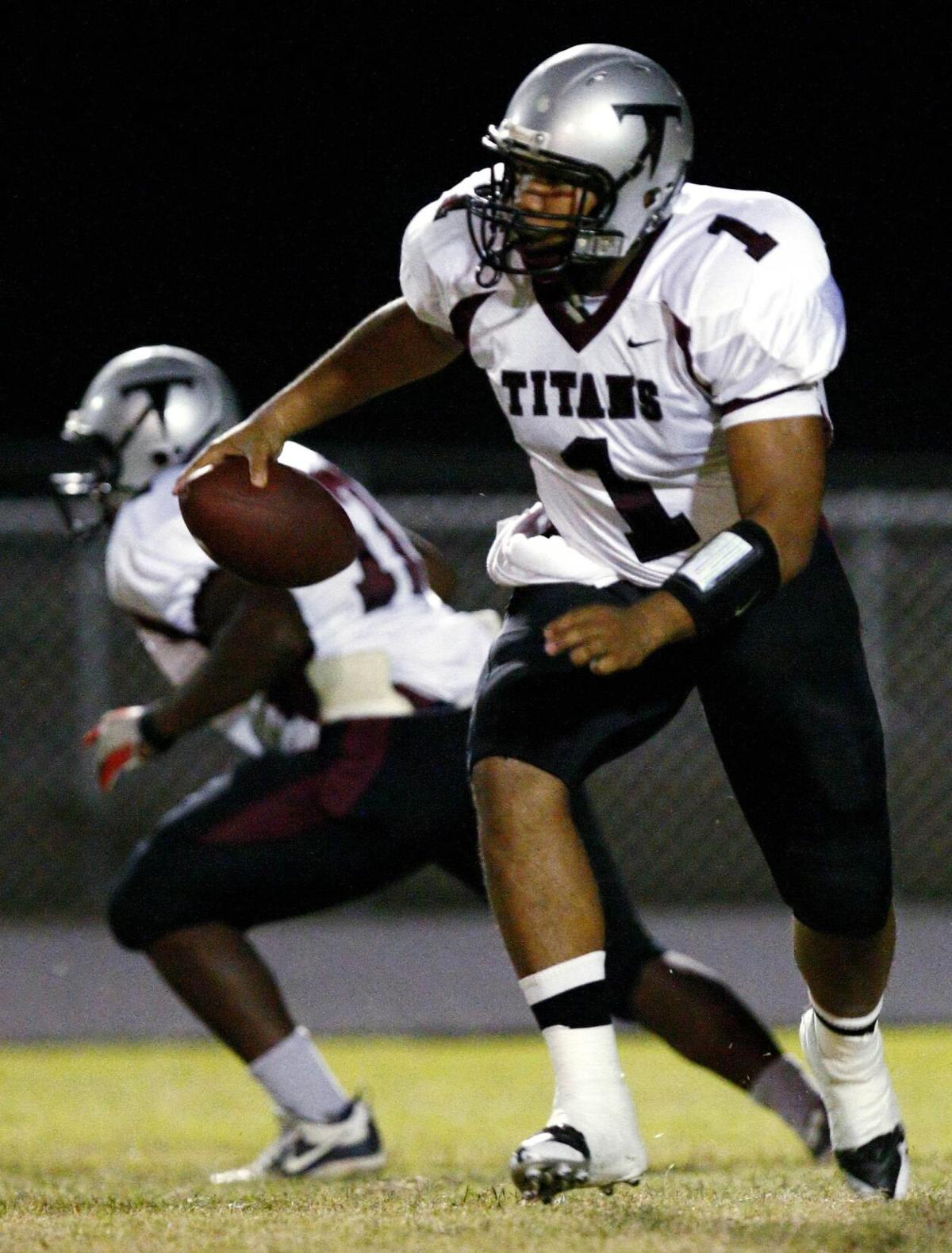 Shawn Jackson accounted for 95 touchdowns during his high school career at McLain. 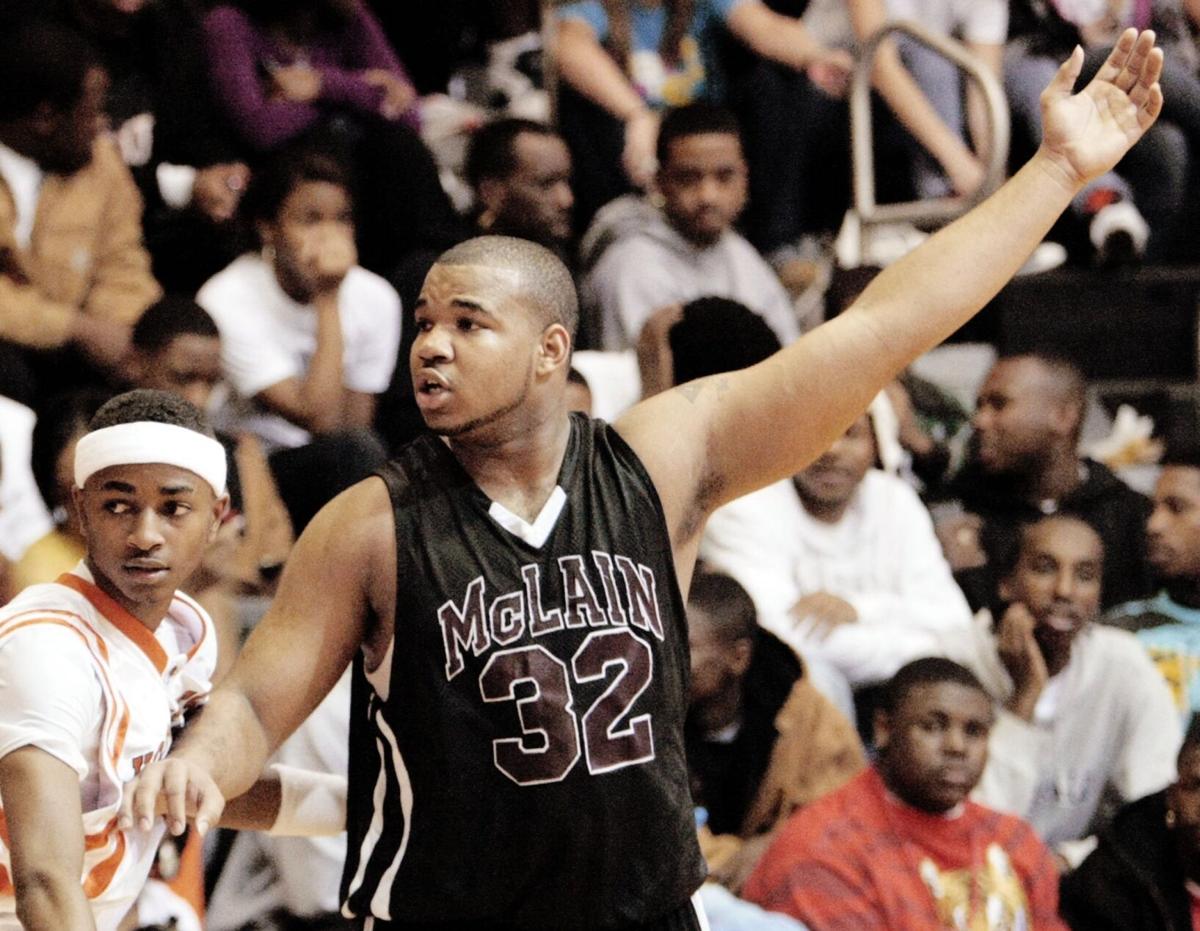 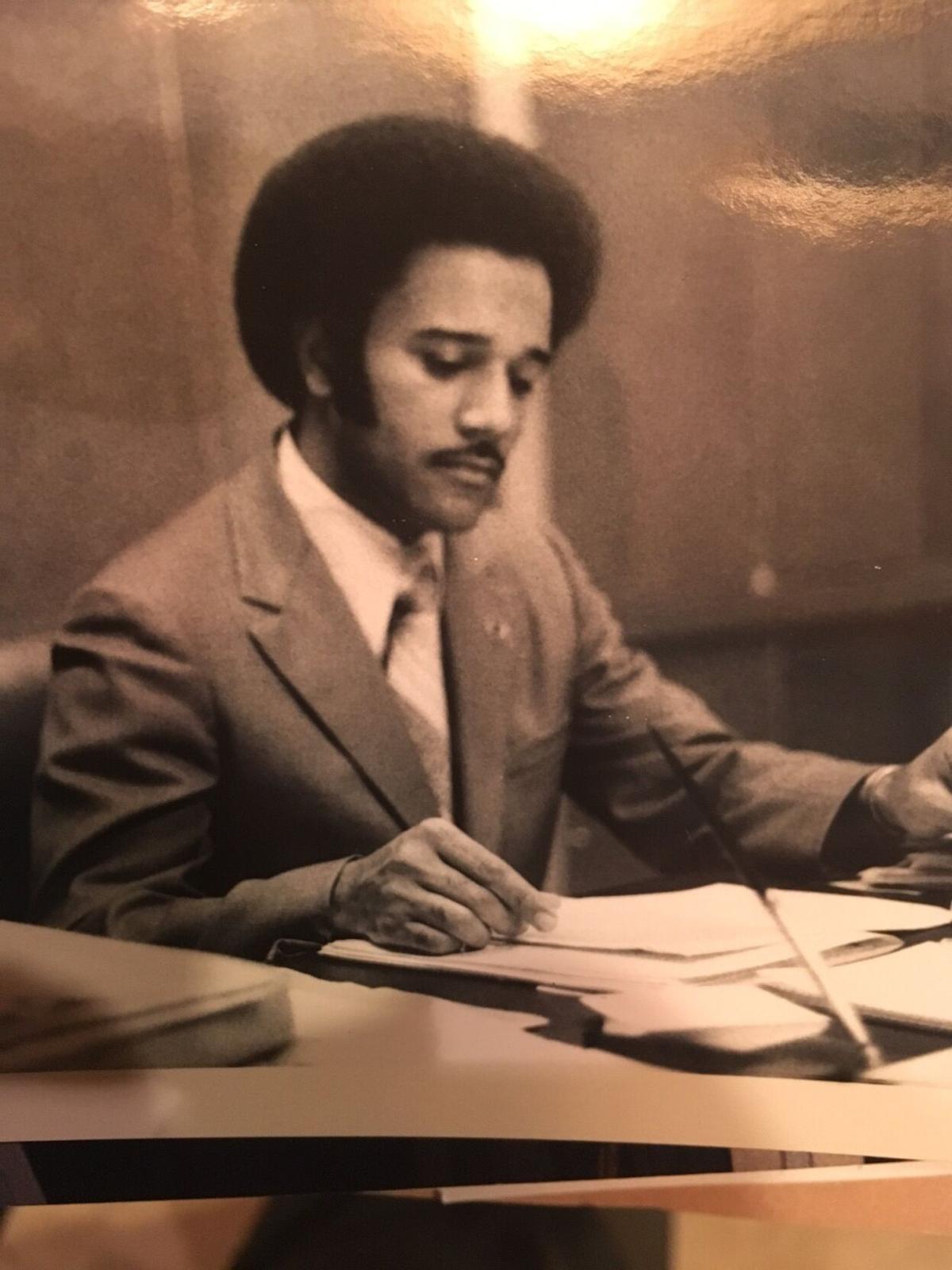 Dale Hogg was a news anchor in the early 1970s at KOTV.

Shawn Jackson, Dale Hogg and Mike Knox are the final three additions announced for this year’s class of inductees to the Tulsa Public Schools Athletics Hall of Fame.

The ninth annual banquet is scheduled at 6:30 p.m. Thursday, June 10, at the DoubleTree Tulsa at Warren Place. A reception will start at 5:30 p.m.

Jackson, a 2009 McLain graduate, was a quarterback and linebacker for the Titans. He had career totals of 8,422 total yards, 95 touchdowns and 522 tackles. Jackson also was a basketball standout in high school. At the University of Tulsa, he was the Golden Hurricane’s top defensive player in its 2012 Liberty Bowl win and was the 2013 Conference USA defensive player of the year.

After college, he was the Urban League of Tulsa’s executive director and was selected the 1969 Outstanding Young Tulsan by the U.S. Jaycees. In the early 1970s, he was Tulsa television’s first black news anchor at KOTV.

Knox helped lead Memorial to state baseball titles in 1980 and ‘81. As a senior he had a 0.37 ERA, won the Jim Thorpe Award as the state’s top baseball player and was a Baltimore Orioles draft choice. Knox went on to pitch four seasons for Oral Roberts University and his 30 career wins rank fifth in the school’s history.

Seating is limited to 200. Tickets are available at $100 individual or a table for 10 at $1,000. Reservations can be made by contacting Lisa Norman in the Athletics Office by email at normali@tulsaschools.org or by calling 918-746-6453.

The 21st annual TPS Golf Classic will be held on June 11 at LaFortune Golf Course. Individual players are $100 and teams of four are $375. Entries can be made by contacting Lisa Norman.

Guerin Emig: Will Lambley, who has been a bright light for Rejoice Christian athletics, ready to shine on the Razorbacks

Afflicted by vision loss two years ago, Lambley inspired Rejoice sports teams and community until his recent graduation. Now he's off to the University of Arkansas.

Dale Hogg was inducted into Booker T. Washington's Hall of Fame in 2017. He is part of this year's Tulsa Public Schools' Hall of Fame class.

Shawn Jackson accounted for 95 touchdowns during his high school career at McLain.

Dale Hogg was a news anchor in the early 1970s at KOTV.