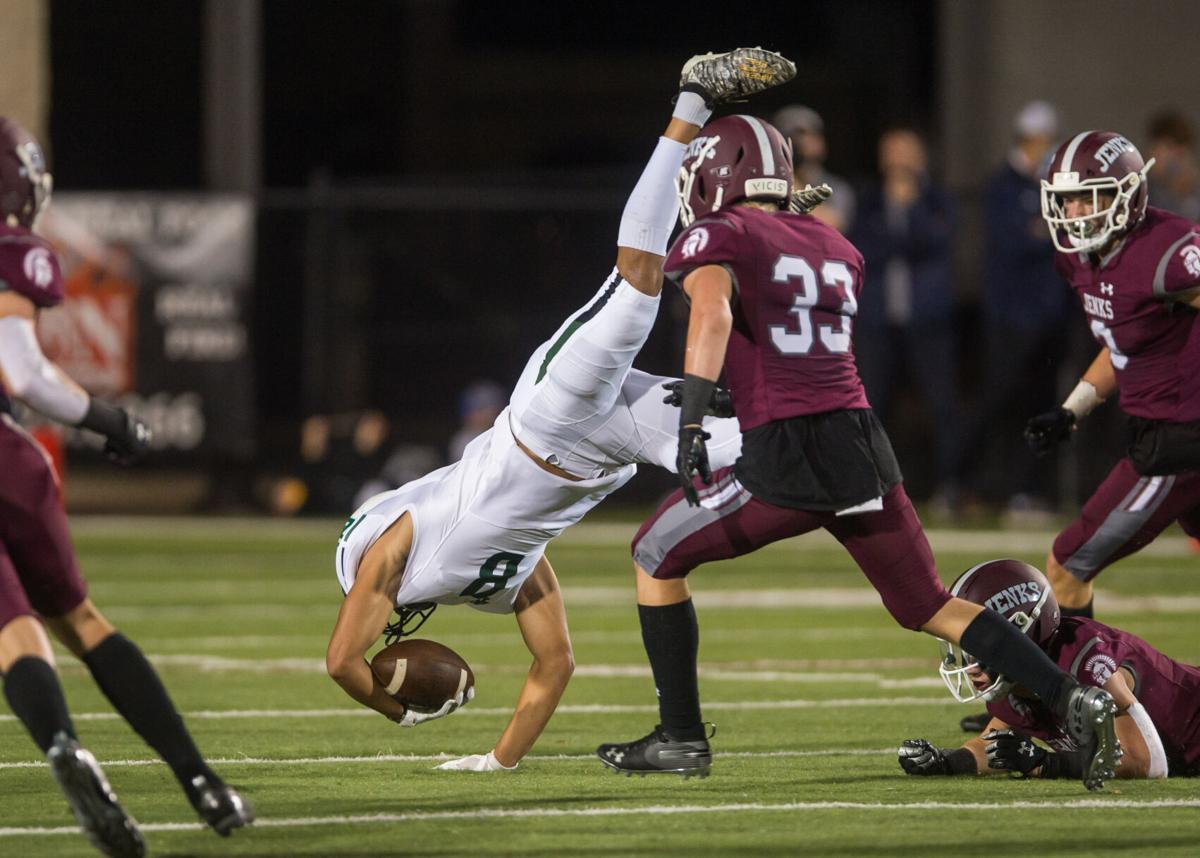 Norman North’s Caelin Hearne is flipped upside down by a Jenks defender during the Trojans’ win Friday night. 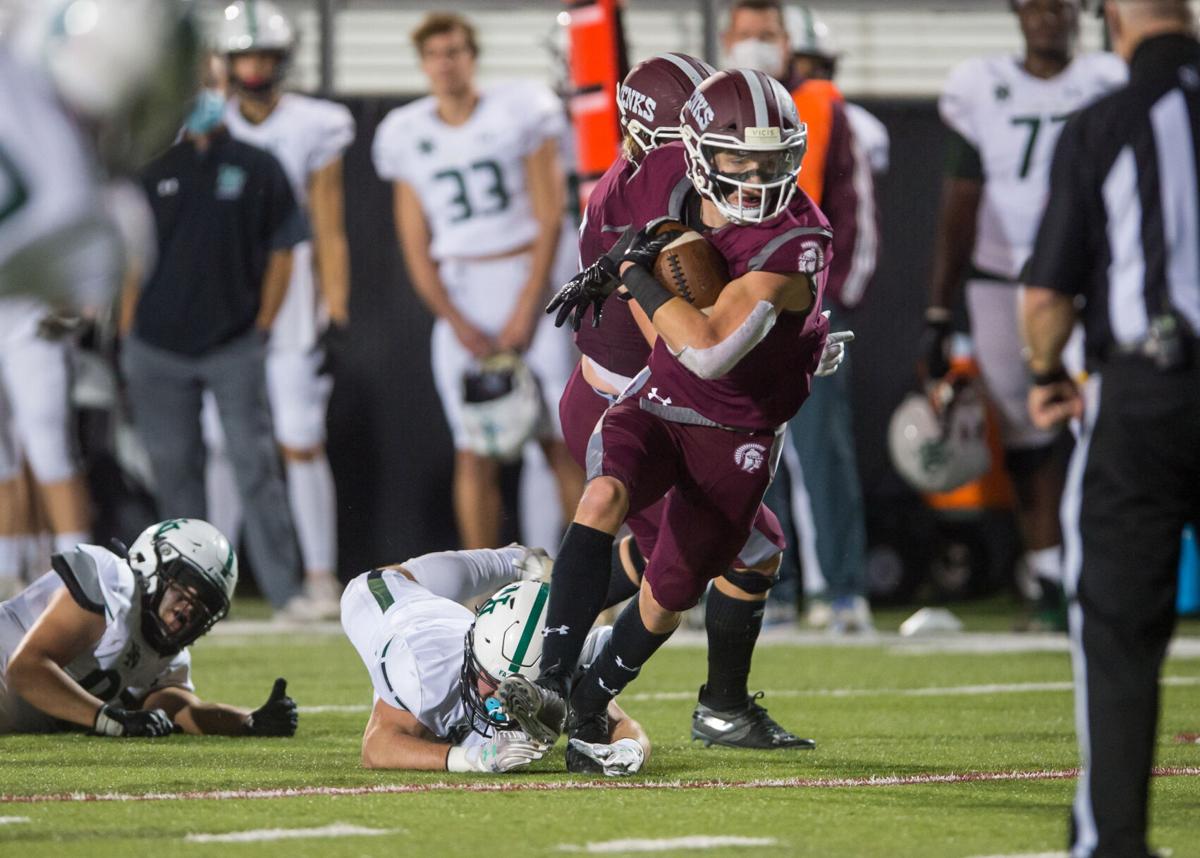 Jenks' Grant Lohr runs the ball in the Trojans' win against Norman North at Allan Trimble Stadium in Jenks on Friday. Lohr scored four touchdowns in the first half.

JENKS — As usual, Jenks appears to be playing its best football in the postseason.

The second-ranked Trojans wasted little time dispatching No. 6 Norman North and advanced to the semifinal for the 31st time in their tradition-rich history.

Grant Lohr rushed for four touchdowns, Stephen Kittleman passed for three and sophomore backup quarterback Ike Owens threw the first two TDs of his varsity career as the Trojans coasted 63-16 before a coronavirus-restricted crowd of about 2,700 in Allan Trimble Stadium.

The Trojans (9-1) won their eighth consecutive game and advanced to play No. 1 Owasso in a rematch of last year’s 6A Division I championship game, won 14-6 by the Rams at the University of Central Oklahoma.

The semifinal game is likely to be played next Friday at a site and time to be announced by the Oklahoma Secondary School Activities Association.

Jenks, seeking a 17th state title but its first since 2015, received two interceptions from Joey Havir, scored on its first eight possessions and didn’t attempt to punt until the fourth quarter when a high snap from center rolled through the end zone, giving the safety.

It was 56-9 at that moment and Owens made sure the Trojans overcame the embarrassment on the next possession by rolling left on fourth-and-goal to deliver a TD pass to Connor Bacon with 4:21 remaining.

Earlier, Owens unloaded a 61-yard bomb to Will Mulready for his first varsity TD pass. He finished 3-for-4 for 78.

“I had a ball playing out there tonight. I give it all to the offensive line. Their blocking was great,” he said.

The Trojans were great from the start. Lohr had two rushing TDs on the board before the first quarter ended and added two more in the second quarter, helping the Trojans race to a 35-0 halftime lead.

Lohr finished with 11 carries for 119 yards — all in the first half — and went over 1,000 yards for the season on his 47-yard scoring run in the second quarter.

“We came out focused. We wanted to get a good start. Norman North is a good team with good athletes and we wanted to discourage them,” he said.

Kittleman lit the fuse with a 61-yard bomb to Jayden Patrick in the second quarter, also had scoring tosses Waylon Adams and Griffin Forbes and finished 13-for-19 through the air for 297 yards.

Overall, the Trojans totaled 610 yards and played bend-but-not-break defense against the Timberwolves, who had five plays of 30 yards or more but couldn’t get into the end zone until it didn’t matter any longer.

Jenks stopped the Timberwolves once on fourth-and-2 from their 22 when they seemed to cave North’s entire offensive line in on quarterback Jackson Remualdo and another time near the goal line on the first of Havir’s interceptions.

Chapman McKown finally got North on the board with a 68-yard run in the fourth quarter. That came just before the safety that made it 56-9.

View from the sidelines: Norman North at Jenks

Scroll below to see all our coverage from the second week of the playoffs.

Norman North’s Caelin Hearne is flipped upside down by a Jenks defender during the Trojans’ win Friday night.

Jenks' Grant Lohr runs the ball in the Trojans' win against Norman North at Allan Trimble Stadium in Jenks on Friday. Lohr scored four touchdowns in the first half.