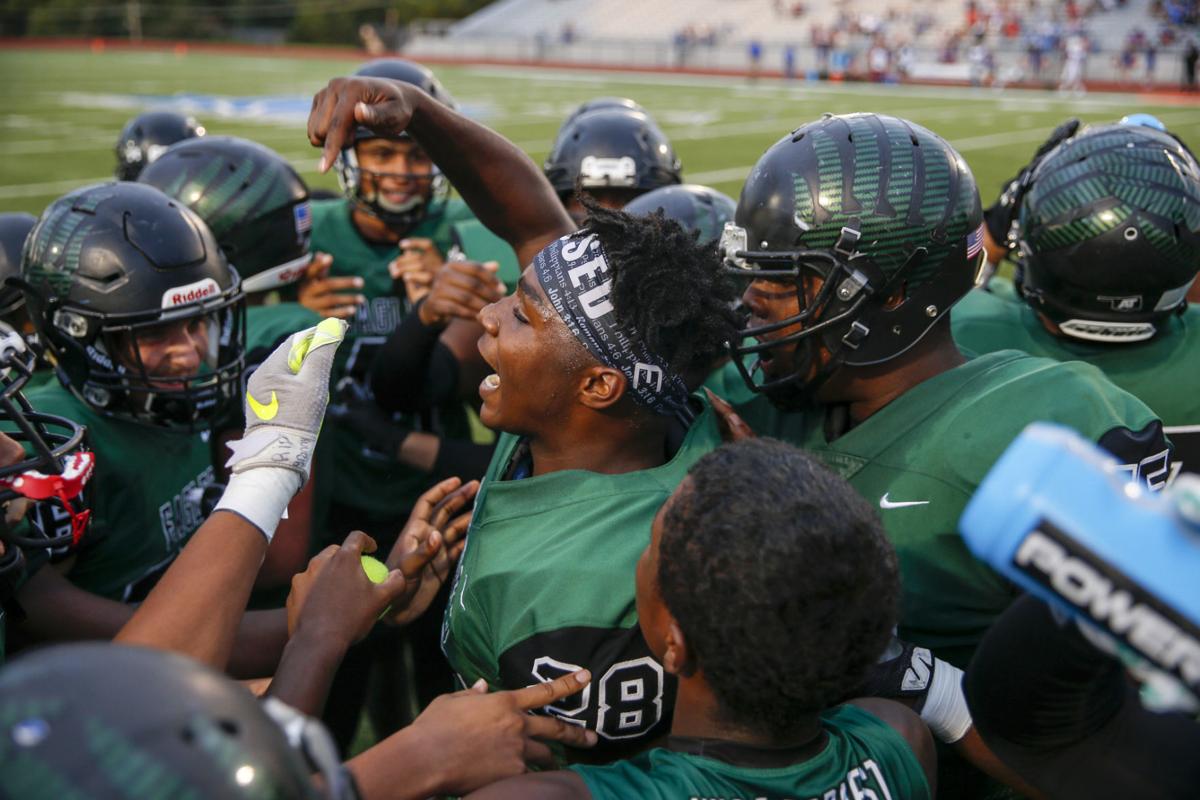 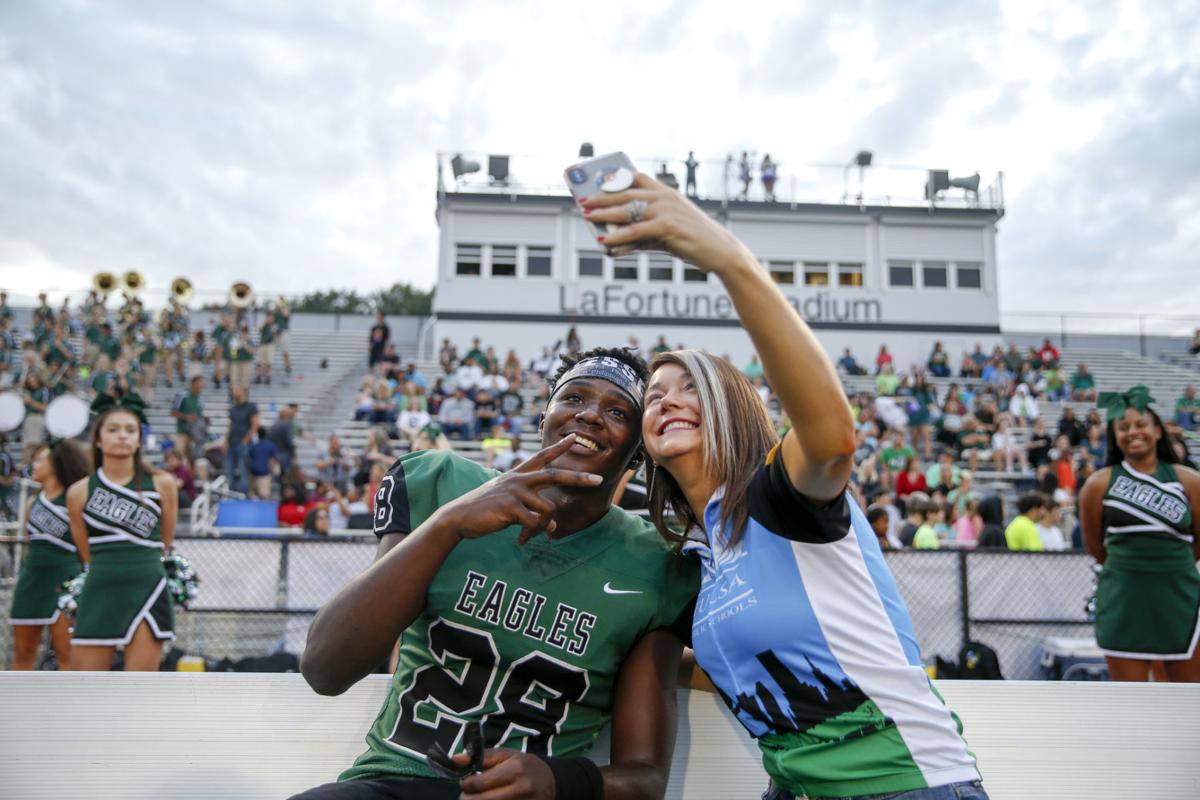 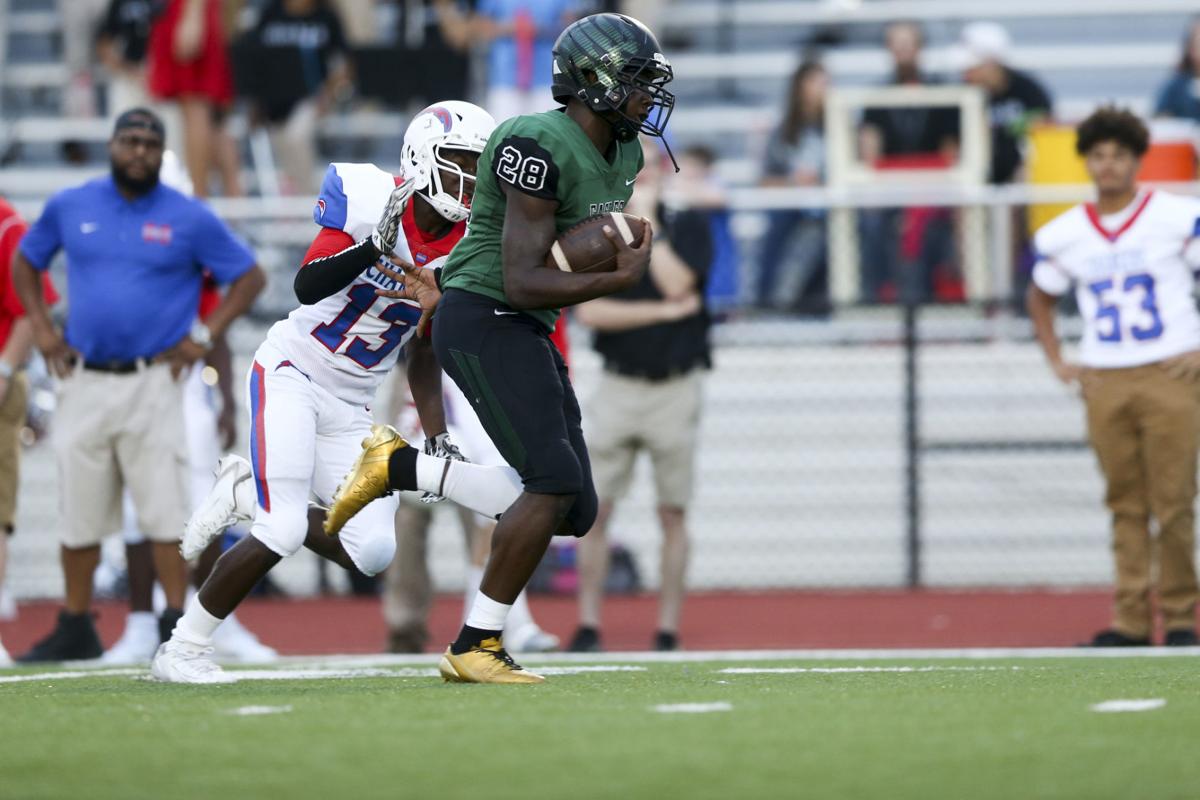 Sevion Morrison got the record he was looking for with ease Friday night, and Edison won its game with archrival Memorial easily as well in the MidTown Classic.

Morrison broke Spencer Tillman’s career Edison rushing record on his second carry and finished with 96 yards and two touchdowns on just five carries to lead No. 8 Edison to a 67-0 victory over Memorial in Class 5A action at LaFortune Stadium.

“It actually means a lot to break somebody’s record who was so good and so talented in the sport I play,” Morrison said of Tillman. “Wednesday night he came to my school (and) told me to go out and break it today. He really just pushed me to do it.”

Coming into the game with 3,992 yards, the Nebraska commit needed just 17 yards to tie Tillman’s record of 4,009 yards. It didn’t take long.

On the opening drive, Morrison gained 14 yards on his first carry — Edison’s second play of the game. On Morrison’s second carry — fourth play, he gained 5 yards for the record.

The game was stopped briefly after the first score to honor Morrison’s achievement. Tillman, who graduated from Edison in 1982, had an outstanding career at the University of Oklahoma before playing eight years in the NFL with the Houston Oilers and San Francisco 49ers. Now a long-established college football announcer, Tillman won a Super Bowl ring with the 49ers in the 1989 season.

Morrison probably could have named his number of rushing yards if he had stayed in the game, as it was clear Memorial (0-2) was never going to stop him. But with the game wrapped up early, Edison clearly was saving Morrison for district games to come.

Edison (1-1) was up 34-0 after the first quarter and scored touchdowns on every one of its 10 possessions in the game. Morrison carried the ball only once after the first two drives.

Linebacker Wyatt Ellis was all over the field, leading an Eagles defense that completely shut down Memorial. Not long after having a blocked punt return for a touchdown called back, Ellis retuned an interception three yards to put Edison up 27-0 with 4:25 left in the first quarter. Ellis also made seven extra-point attempts as a kicker.

“It feels real good after last year to bring the gold ball back home,” said Morrison, who now stands at 4,088 career rushing yards.