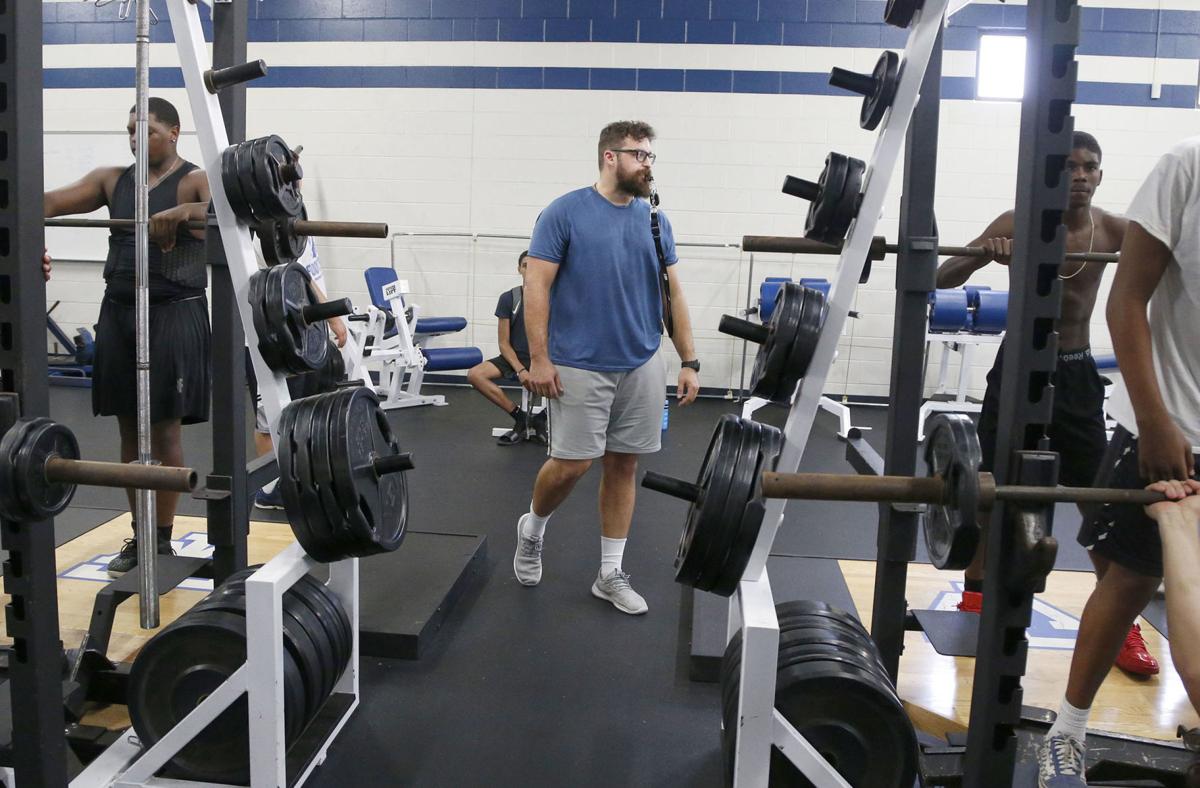 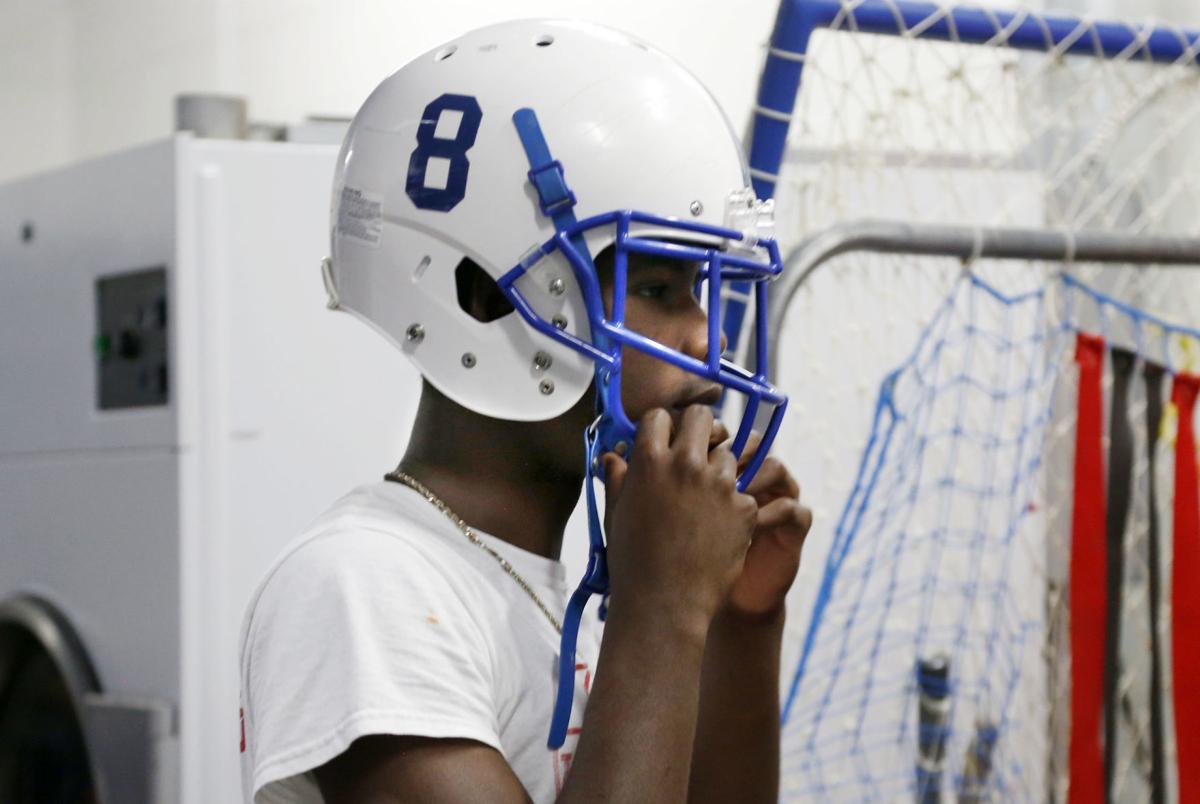 “I was really ready to go outside, but we got a good workout in inside,” Barnes said.

With the temperature around 100 and the heat index over 110, Tulsa Public Schools issued a moratorium that prohibited any of its athletic teams from practicing outside between 1 and 6 p.m. Monday.

With Webster’s practice scheduled for mid-afternoon, the Warriors were limited to working inside. Monday was the first day of fall football practice, without pads, for Oklahoma Secondary School Activities Association members.

“We were able to kind of roll with the punches,” Webster coach Ryan Boatright said. “We got all the equipment figured out and gave it to each of the players, went over what we’re expecting for this year as far as practice punctuality and setting expectations for the season.”

Whether it was inside or outside, Barnes was excited about the first practice as the Warriors look to improve after finishing 2-8 last year.

“I overthought it a little bit,” Barnes said. “I didn’t get that much sleep, I was just thinking about getting ready for practice, and getting our helmets.”

Webster lineman Byron Cox added about his anticipation for Monday, “I was hyped, I was ready.”

Boatright can relate well to those feelings. He is only three years removed from his playing career ending in 2016 at Missouri State.

”Just like every first-year coach, I got my nervous bugs and all that stuff, but surrounding myself with an excellent coaching staff that has a lot more experience than I do, they can really help me in my times of need. Any time I struggle they’ll pick me up.”

Boatright, 25, joined the Webster staff last year and was named head coach in May. When he interviewed for the job last spring, he expected it was just going to be a practice experience. But the end result was a surprise for Boatright and Webster officials.

“We generally don’t like to hire high-profile head coaches as young as he is,” said Webster athletic director Robert Biggins, who also is a football assistant. “But he put in his application and we brought him in for an interview and he just blew us away.

”His knowledge is very superior — when you have that level of knowledge and he is very invested with our students at Webster, that’s the kind of thing we’re always looking for. We kind of had to overlook his age, because he fit everything else just perfect.”

Boatright also will be the head coach for Webster’s track and new Esports team. His football promotion made a difference for Barnes, a junior who also plays basketball and soccer. Boatright coached QBs last season, assisted with play-calling and was the middle school head coach.

”He played a big part in my sophomore year, so once I found out he was the coach I was excited,” Barnes said. “That’s what really got me on board to play this year.

”He relates a lot to us. He’s younger and knows everything new.”

Cox added, “I didn’t want a new coach who didn’t know the players. He knows us and is conncted with us.”

Boatright was an all-district tight end at Jenks, where he played under legendary coach Allan Trimble.

“Coach Trimble, he was a huge role model of mine and I can’t talk highly enough of him,” Boatright said. “He was an amazing coach. He really instilled the principles I am trying to do here at Webster — how to be a good person as well as being a good athlete.”

Jenks has won 13 state titles since 1996 — the last season that Class 3A Webster made the playoffs. Webster’s last winning season was in 1995 although the Warriors were 5-5 in 2016.

“My dream for Webster is bringing some ideas and concepts from a great program like Jenks but also keeping true to Webster,” Boatright said. “We’ve got a lot of history and tradition here. We want to take that and meld them together and have it be something nice.”

Webster has only two seniors — Cox and Dominic Wallace, who will be a four-year starter. Several freshmen are expected to make an impact.

“We’re young and so is our coach, we’re all going to grow together,” Biggins said. ”We have a lot of youthful enthusiasm on the coaching staff and the team.”

Barnes is optimistic about the upcoming season.

”We want to get better as a team, have some fun and hopefully make it to playoffs,” Barnes said. “If we work hard, we’ll get it.”

With temperatures expected to drop into the low 90s the rest of the week, Boatright is excited to see his team on the field.

“We have a lot to learn and get better at,” Boatright said. “You can’t eat an elephant at one sitting, so just take a bite out of it every day.

”We are hoping to establish a culture of excellence and do the things that successful programs do. We are hoping if we do it right and do it long enough we can change the culture and create a winning program here at Webster. I was fortunately blessed with an amazing opportunity.”

Webster at a glance