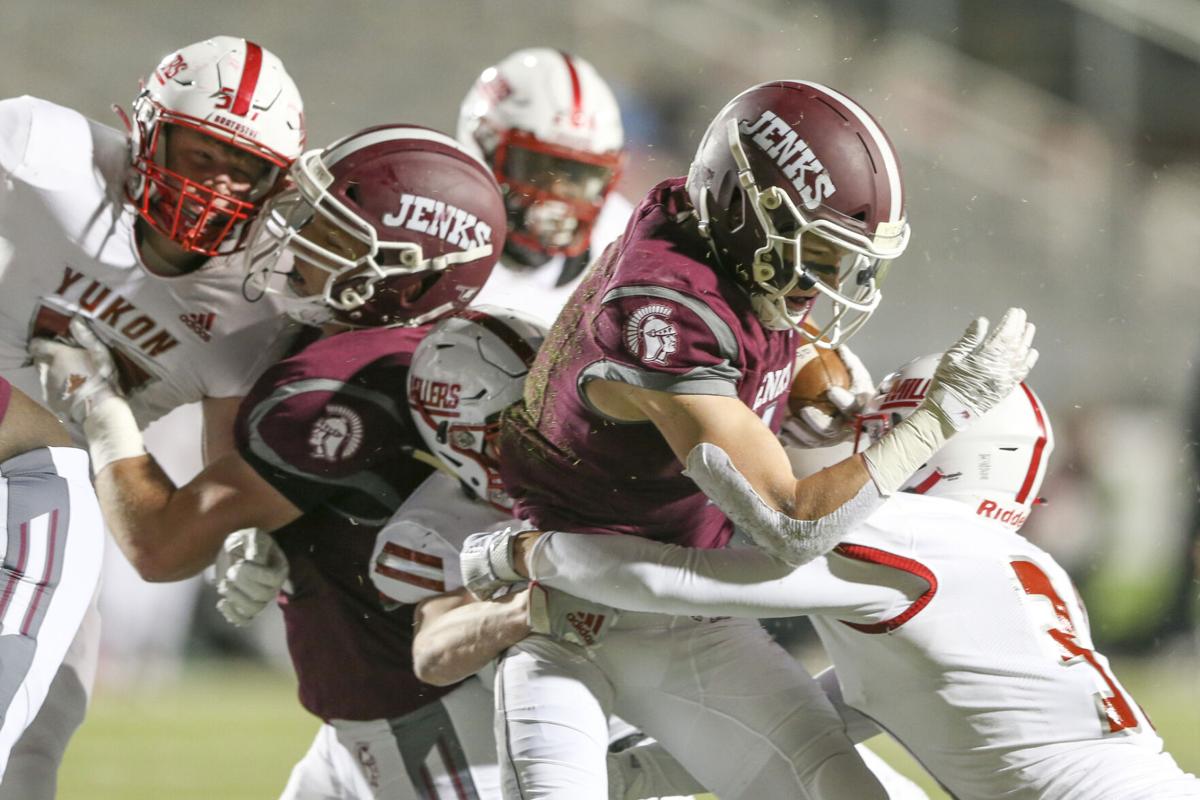 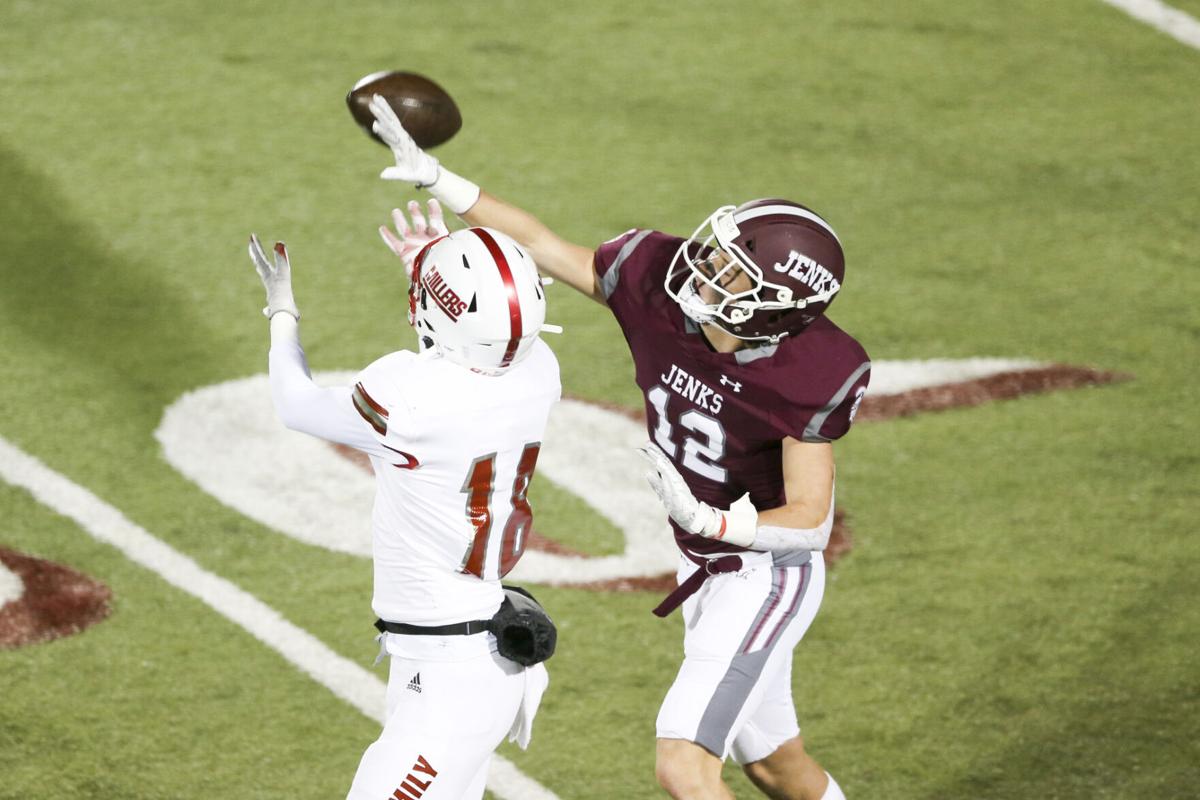 Jon Potts For the Tulsa World

Lohr finished with 75 yards on 17 carries and ran for two touchdowns. He also picked off two passes and ran one of those back for a score.

The Trojans (5-1, 3-0) had some other solid efforts in addition to Lohr. Stephen Kittleman completed 8-of-10 passes for 143 yards and had a pair of touchdown tosses.

Glenver Jones had a team-high 61 receiving yards for Jenks and also had a key play on special teams. Griffin Forbes and Waylon Adams combined for 60 yards on four catches and had one TD grab apiece.

“I am so proud of the kids,” Jenks coach Keith Riggs said. “They bounce back from everything they have had to deal with and step over each hurdle and keep going.”

Jenks scored on the game’s opening possession. Lohr finished off the 10-play, 56-yard march with a 5-yard touchdown run at the 6:48 mark of the first quarter.

The Millers (4-4, 2-3) answered just two plays and 46 seconds later, courtesy of a 74-yard burst up the middle from Jesse Eakers.

Jones then returned the ensuing kickoff 45 yards to the Yukon 25-yard line. The Trojans scored two plays later on a 19-yard swing pass from Kittleman to Forbes with 5:03 left in the first period.

Jenks extended its advantage to 21-7 after a 9-yard touchdown connection from Kittleman to Adams with 7:12 to play in the second quarter.

Lohr then made another big play when he returned an interception 50 yards for a TD with 4:16 remaining in the first half.

“I just saw the ball and had a lot of green grass in front of me,” Lohr said. “My teammates did a great job. The offensive line was amazing. This (win) feels pretty special.”

Lohr punched it in from 1 yard out on the opening play of the fourth quarter and then intercepted his second pass at the Jenks 13-yard line with 9:44 remaining.

“We have a great group of seniors,” Riggs said. “They are great leaders, great young men, and great football players. We have the potential to do great things and expect to do more as we move into the playoffs.”

View from the sidelines: Yukon at Jenks, plus photos of homecoming court