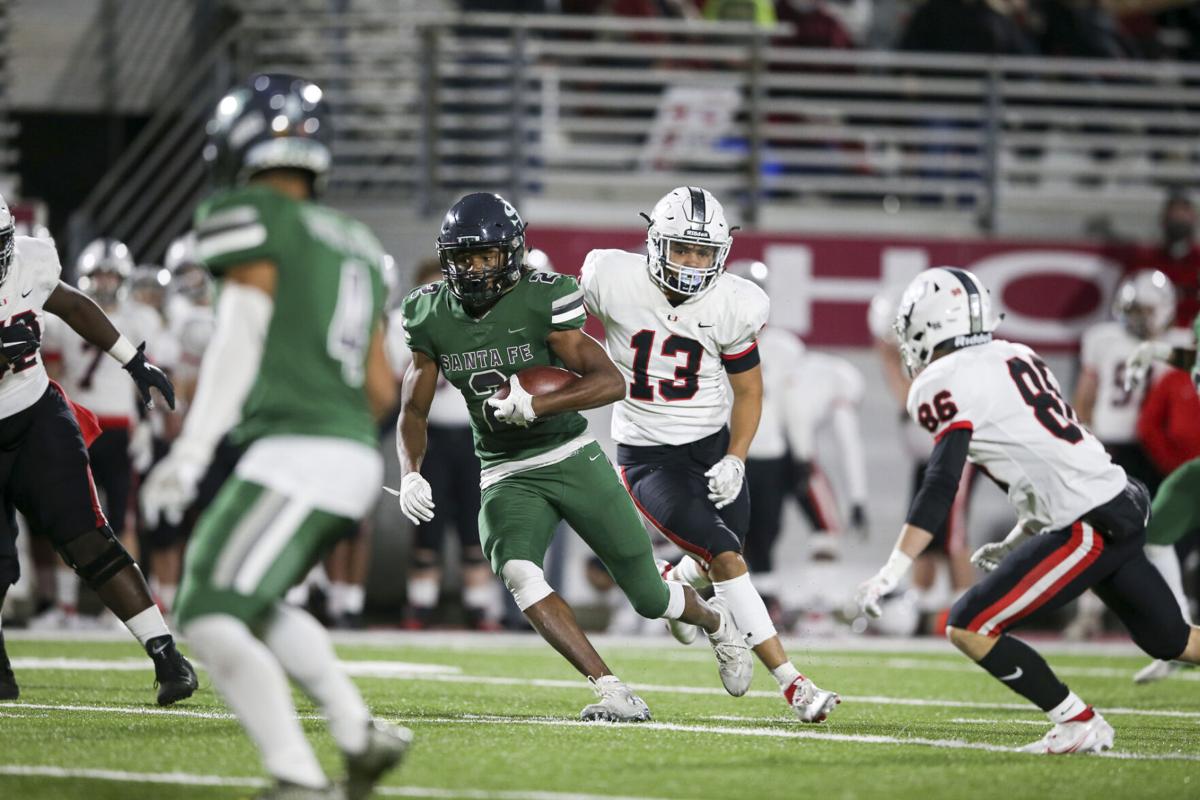 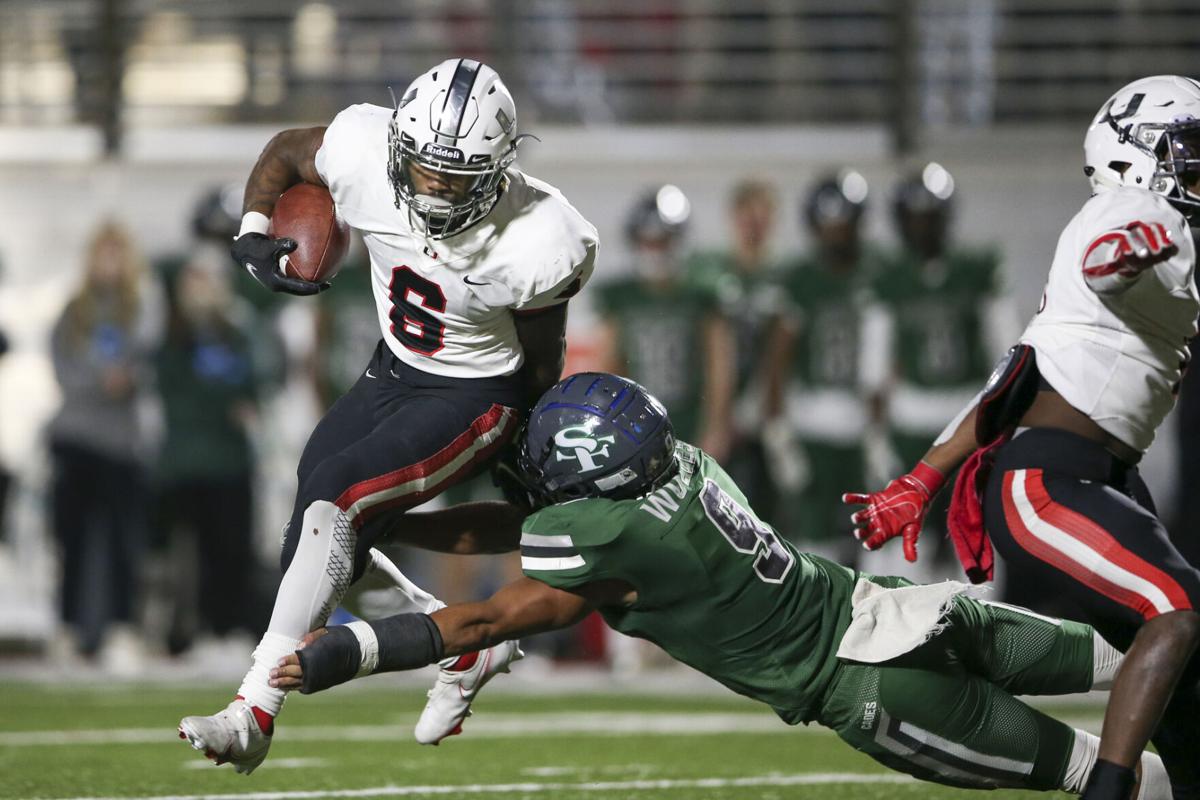 The season included an 0-4 start and six consecutive wins entering the semifinal at Owasso Stadium.

“This game is kind of how the season went,” Union coach Kirk Fridrich said. “We had to respond and our kids did a good job of that. We just came up short.”

Fourth-ranked Santa Fe (10-2), which held on after jumping to a quick 21-0 lead, advances to play No. 2 Jenks in the 6AI state final at 1 p.m. Dec. 5 at the University of Central Oklahoma’s Wantland Stadium.

Santa Fe defeated Union for the first time in five playoff meetings, including quarterfinal games in 2017 and ‘18.

“Hats off to Tulsa Union,” Wolves coach Kyle White said. “They’re an unbelievable team, a really good team. Our kids played well and our coaches did a great job preparing everybody.”

Third-ranked Union (6-5) battled back and had a chance to tie the game or take the lead in the final moments after linebacker Caleb Caylao stopped Santa Fe’s Ethane Hyche for no gain on 4th-and-1 at the Santa Fe 29. Union reached the 10, but Grayson Tempest’s third-down pass was intercepted by Talyn Shettron at the goal line with 1:14 left.

Shettron, an Oklahoma commit regarded by many as the state’s top receiver, was held to two catches for 48 yards, but had a pair of interceptions in the fourth quarter after rarely playing on defense this year.

“He’s a good football player and he’s going to make a lot of plays, and unfortunately he made too many on us tonight,” Fridrich said.

Also making plays for Santa Fe was quarterback Scott Pfieffer, who threw three TD passes, including two to Angelo Rankin in the fourth quarter. Rankin also had an interception.

Another pivotal moment came early in the third quarter. With the Wolves leading 21-7, Union’s Devin Robinson returned an interception 30 yards to the Santa Fe 10. But Union turned the ball over on downs after a fourth-down incomplete pass from the 2.

In contrast, Santa Fe took full advantage of two early interceptions that ended Union’s first two possessions. Gavin Duverger came up with the first interception and after a Union penalty at the end of the return, the Wolves started their first drive at the Union 41.

Rankin had the second interception and set up the Wolves at their 48. Nine plays later, Rankin scored on a 14-yard swing pass. Santa Fe, after a Union offside penalty, elected to go for the 2-point conversion and Rankin scored again for a 14-0 lead with 4:02 left in the first quarter.

As time expired in the first half, Union scored on fourth down as Rovaughn Banks took a direct snap and launched himself across the goal line from the 2. Tyler Cowan kicked the extra point to cut Santa Fe’s lead to 21-7.

In the fourth quarter, after the teams traded turnovers, Union drove 88 yards in 11 plays. Tempest was 5-of-5 on the drive for 73 yards, with three passes completed to Da’Monn Sanders. AJ Green finished off the drive with his 3-yard dive into the end zone for a touchdown with 5:20 left, cutting the Wolves’ lead to 21-14.

Green finished with 27 carries for 108 yards. Union seemed to be wearing down the Wolves as the second half progressed, but Santa Fe would not be denied its first title-game appearance since losing to Jenks in 2003.

“I couldn’t be more proud of our fight,” Fridrich said. “We got it close, the defense had some good stops when they needed to. Unfortunately we just didn’t get them stopped in the first quarter.”

View from the sidelines: Union vs. Edmond Santa Fe in 6AI playoff semifinal

Correction: This story originally listed the incorrect point totals for Bixby's Parker Friedrichsen and Xavier Glenn. This story has been corrected.

Bixby's Parker Friedrichsen and Xavier Glenn combined for 67 points in a 97-95 overtime win over Sapulpa on Friday. They are combining for nearly 48 points per game in the Spartans' 9-1 start.

Takyla Pitts scored a career-high 24 points, helping her Class 6A No. 2-ranked basketball team race past 5A No. 1 Sapulpa.

Pankey led Okmulgee to boys state titles in 1992 and '93. Mitchell, after starting his coaching career at Union, guided Edmond to eight state championships.