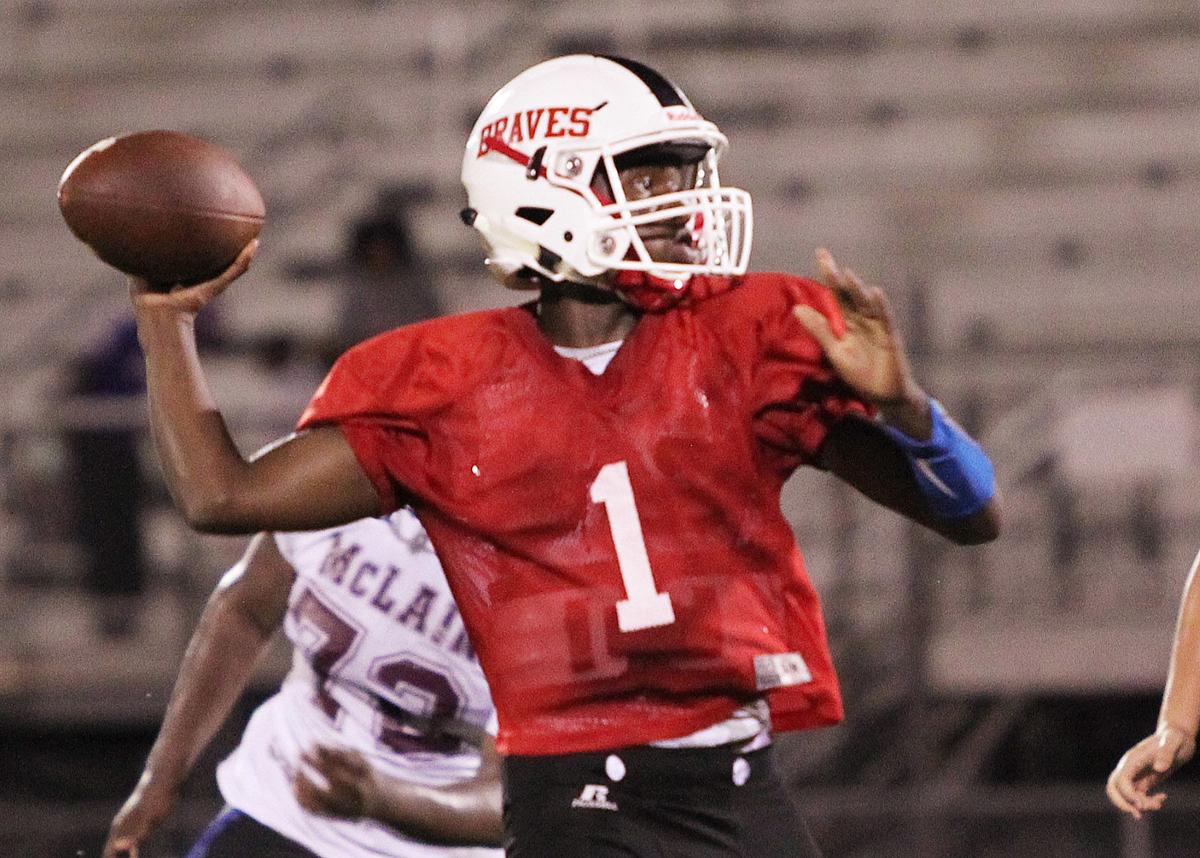 Central's KT Owens has passed for 2,162 yards in six games, pacing Central into the second round of the 3A playoffs. The Braves visit No. 1 Lincoln Christian at 7 p.m. Friday. 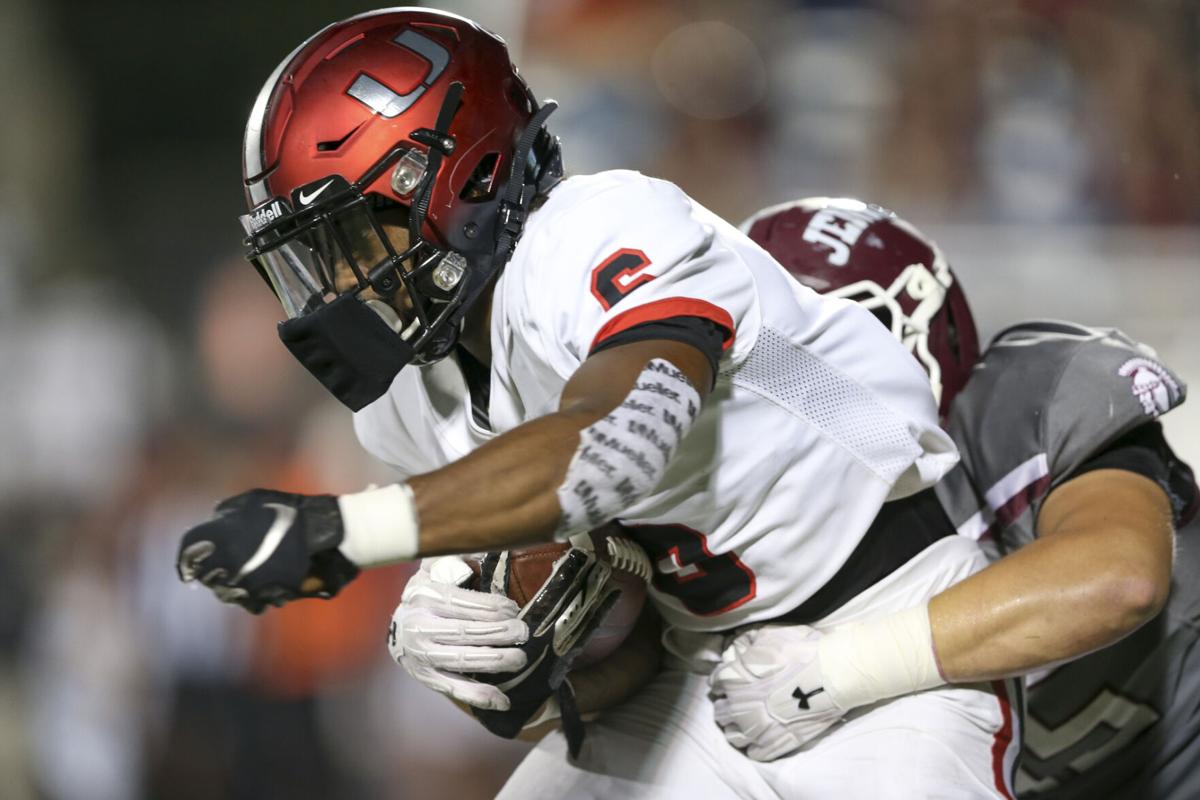 Union's AJ Green is wrapped up by Jenks' Coleman Thurber in the annual MidFirst Bank Backyard Bowl on the Trojans' field on Sept. 11. Green has rushed for 808 yards in his past five games, averaging 12.1 yards per carry.

2,162 Passing yards by Central’s KT Owens in his six-game return to the Braves following an attempted transfer to Sand Springs. The senior QB also has 25 TD passes. Averaging 49 points in those six games, the Braves visit 3A No. 1 Lincoln Christian in a second-round game.

808 Rushing yards by Union’s AJ Green in his past five games, all wins following his team’s 0-4 start. During the surge, the University of Arkansas-bound senior averages 12.1 yards per carry. No. 3 Union hosts No. 5 Broken Arrow in a 6A Division I quarterfinal.

Has 789 rushing yards and 11 TDs as the No. 5 Hornets visit No. 3 Midwest City in the 6A Division II quarterfinals. The Ford Game of the Week airs on Cox channel 3 at 7 p.m. Friday.

Junior standout went over 4,000 career passing yards vs. Rejoice Christian on Oct. 30. Also has 68 career TD passes as the 2A No. 5 Warriors host Kiefer.

Two-year starter is a key blocker in the 4A No. 8 Purple Pirates’ veer-option attack as No. 10 Broken Bow visits Creek County for a second-round matchup.

Rugby-style punter averages 40.2 yards per attempt, equally effective with either leg. Also has four field goals as the 4A No. 5 Hornets host Grove.

Scroll below to see all our coverage from the second week of the playoffs.

Owasso and Jenks will be busy next weekend as the Class 6A football playoffs move into the semifinal stage.

The Spartans put up 504 yards of offense with Mason Williams passing for three touchdowns and Zach Blankenship and Braylin Presley combining for 218 yards on the ground.

Purple Pirates rally past Broken Bow on Stephon Tolon's late touchdown; A pair of second-ranked teams, Weatherford (4A) and Cascia Hall (2A) are upset victims.

Wagoner picks up its sixth shutout of the season in dominating win.

The rivals have a long playoff history -- this will be the 12th time they have faced each other in the postseason.

Owasso and Jenks have combined for six state titles in the previous eight years.

Rafe Watkins said it was time for a change in Muskogee High football, and he and superintendent Jarod Mendenhall were on the same page.

The white helmet still has the head of an angry red bird on each side, but this isn’t your typical Collinsville football team. Call them “Card…

Pioneers score on all six of their first-half possessions; Sandites end season with 7-5 record.

Central's KT Owens has passed for 2,162 yards in six games, pacing Central into the second round of the 3A playoffs. The Braves visit No. 1 Lincoln Christian at 7 p.m. Friday.

Union's AJ Green is wrapped up by Jenks' Coleman Thurber in the annual MidFirst Bank Backyard Bowl on the Trojans' field on Sept. 11. Green has rushed for 808 yards in his past five games, averaging 12.1 yards per carry.