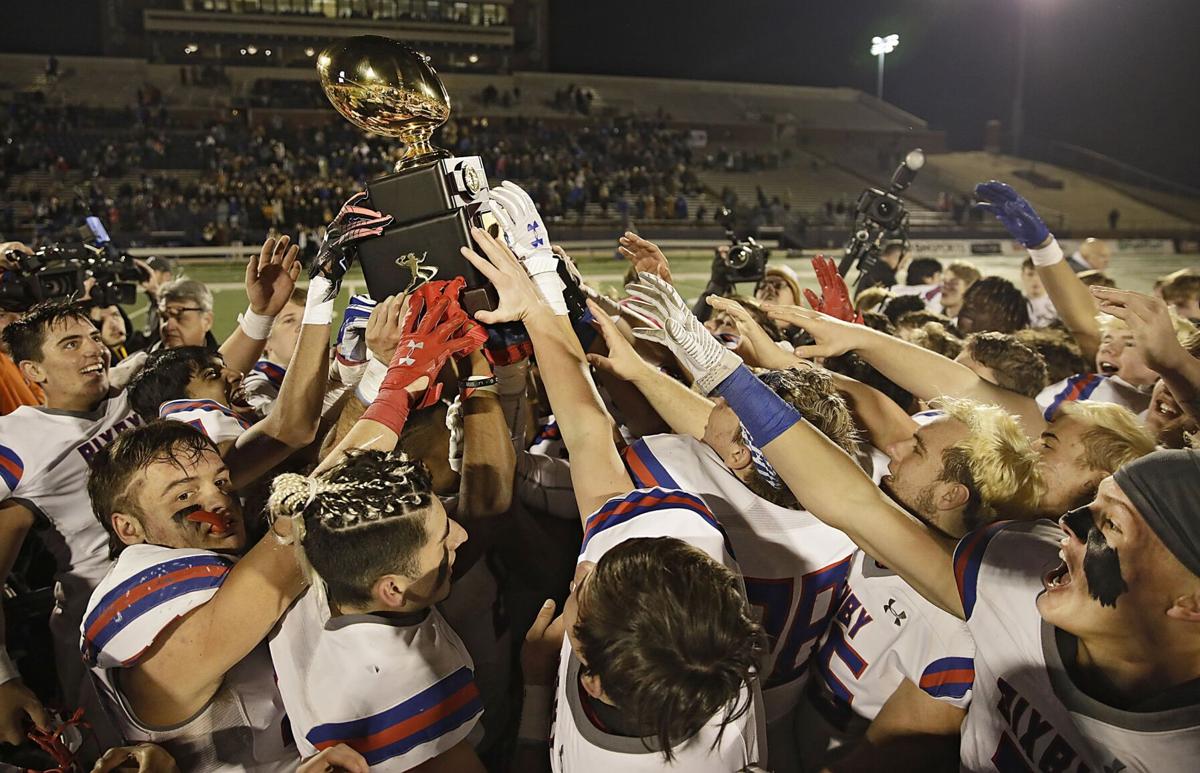 Bixby’s players hoist the 6A Division II state championship trophy after defeating Stillwater 40-36 in the state final last December in Edmond. The teams’ scheduled game for this Friday was canceled. 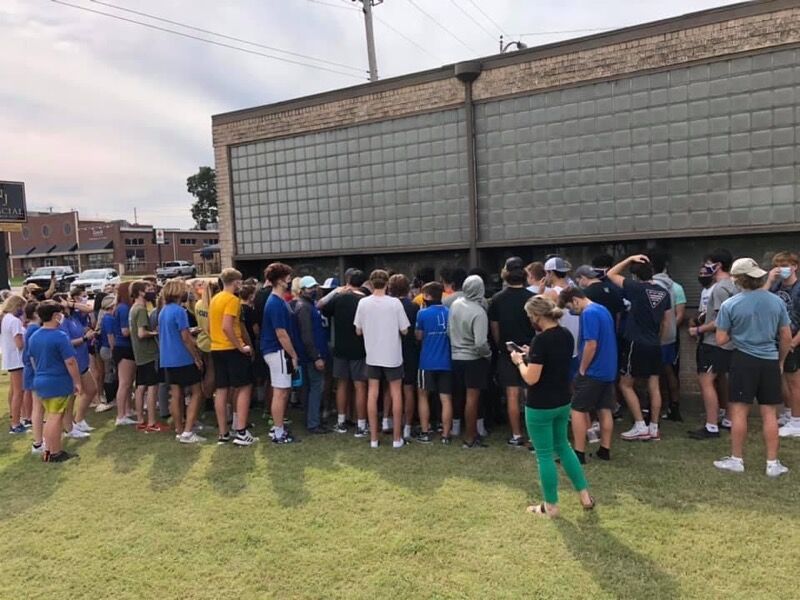 Possibly the biggest game of the high school football regular season isn’t going to be played, and Stillwater supporters weren’t happy about it Monday.

About 120 parents and players gathered to protest the Stillwater Public Schools’ decision to cancel Friday’s game against Bixby.

Some protesters vowed to remain at the district’s administration building until they received an explanation.

Bixby and Stillwater are ranked 1-2 in Class 6A Division II football and the game would have been a replay of the last two Division II state finals, both won by Bixby.

Earlier Monday, the SPS issued a news release canceling all district athletic and extracurricular activities for the week of Sept. 14-19 over issues related to the coronavirus.

Payne County is designated in the Red Level based on the Oklahoma State Department of Education’s School Safety Protocols, the release stated. SPS protocol calls for canceling nonessential regular-season athletic events when that is the case.

Some of the week’s nondistrict contests “including the football game against Bixby, are not likely to be rescheduled,” the release stated.

Bixby is riding a 27-game winning streak and Stillwater is 26-2 since the start of the 2018 season. The Pioneers’ only losses in that span were to Bixby.

Owasso is idle this week and some called for a match between Bixby and 6A Division I’s defending champion Rams. However, Owasso already has played three nondistrict games and has seven district games remaining.

Scheduling more than 10 regular-season games is an OSSAA violation.

Bixby coach Loren Montgomery said he would take a squad to play at 3A No. 5 Stigler on Friday, minus about a dozen of the team’s best players.

In related news Monday, Tulsa Public Schools announced that the Duncan-Central game, set for 7 p.m. Friday at Milton Stadium, is also canceled and will not be rescheduled.

Six Duncan coaches have been placed in quarantine, a TPS release said.

See other rankings from Week 3 and previous weeks

Video: Owasso clearly team to beat in 6AI; other observations from Week 2

The district announced Friday that because Oklahoma County's COVID Alert Level had risen to Orange Level 2, all athletics would be canceled until further notice beginning Monday. That includes games, events and practices.

Who is the Week 4 football player of the week? Cast your vote now

Both Jenks and Broken Arrow will debut in district play against one another next week at Memorial Stadium.

Both were set to play Putnam City schools, which canceled activities for next week.

Top performers from the past week in softball, cross country and volleyball.

Bixby quarterback Mason Williams broke the school record for career touchdowns while completing 20-of-23 passes for 385 yards and seven touchdowns.

Wagoner's Braden Drake rushed for 121 yards and three touchdowns in about 2½ quarters of play as the Bulldogs improved to 4-0.

Junior quarterback/defensive back has accounted for 537 yards and 10 touchdowns in the past two games for the 3-1 Zebras. On defense, Smallwood has come up with four takeaways, including three interceptions to raise his season total to six.

Bixby’s players hoist the 6A Division II state championship trophy after defeating Stillwater 40-36 in the state final last December in Edmond. The teams’ scheduled game for this Friday was canceled.