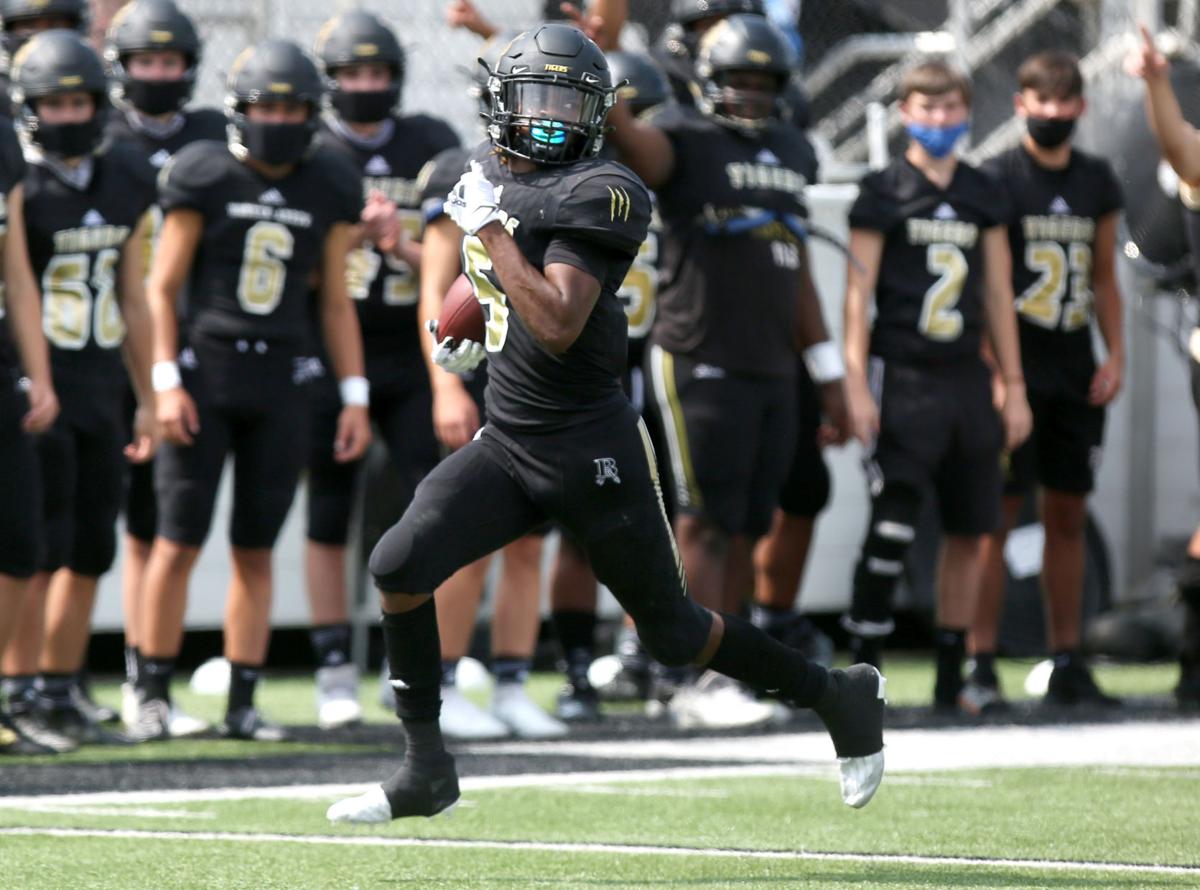 Broken Arrow junior Maurion Horn, who rushed for 190 yards and two touchdowns in his first varsity start at running back, races to a touchdown in the first half during the Tigers’ victory against Bentonville (Ark.) West at Memorial Stadium in Broken Arrow on Saturday. JOHN CLANTON/Tulsa World 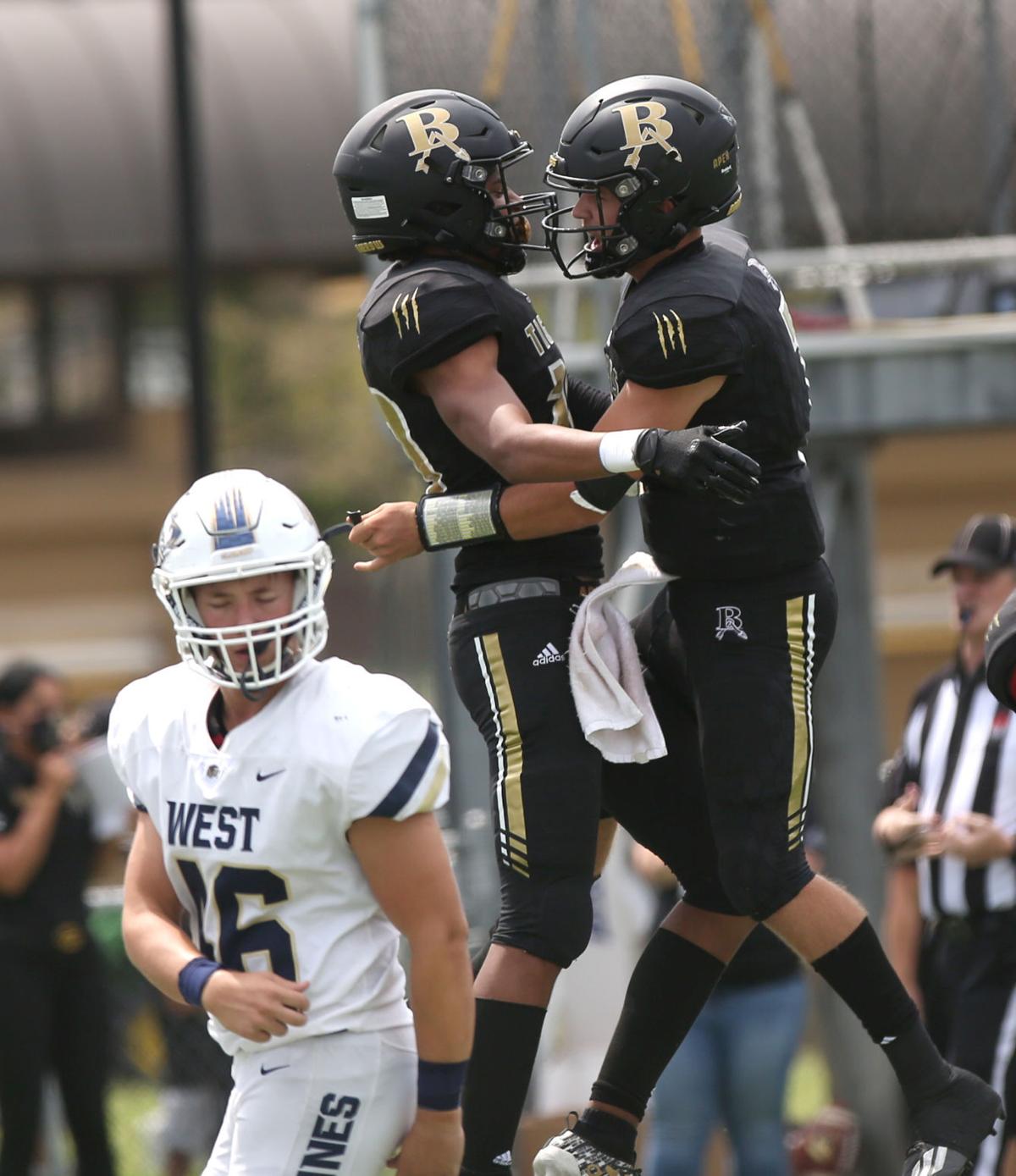 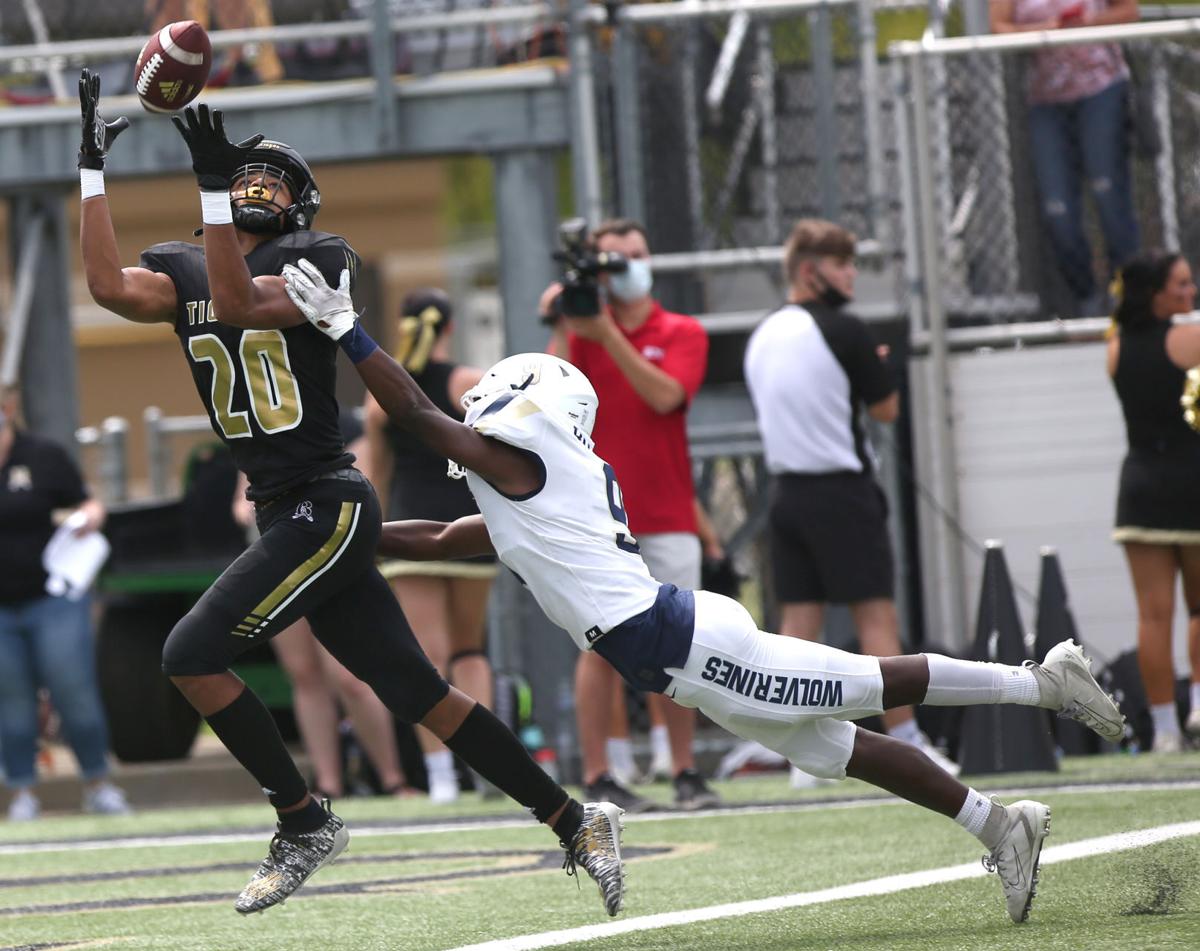 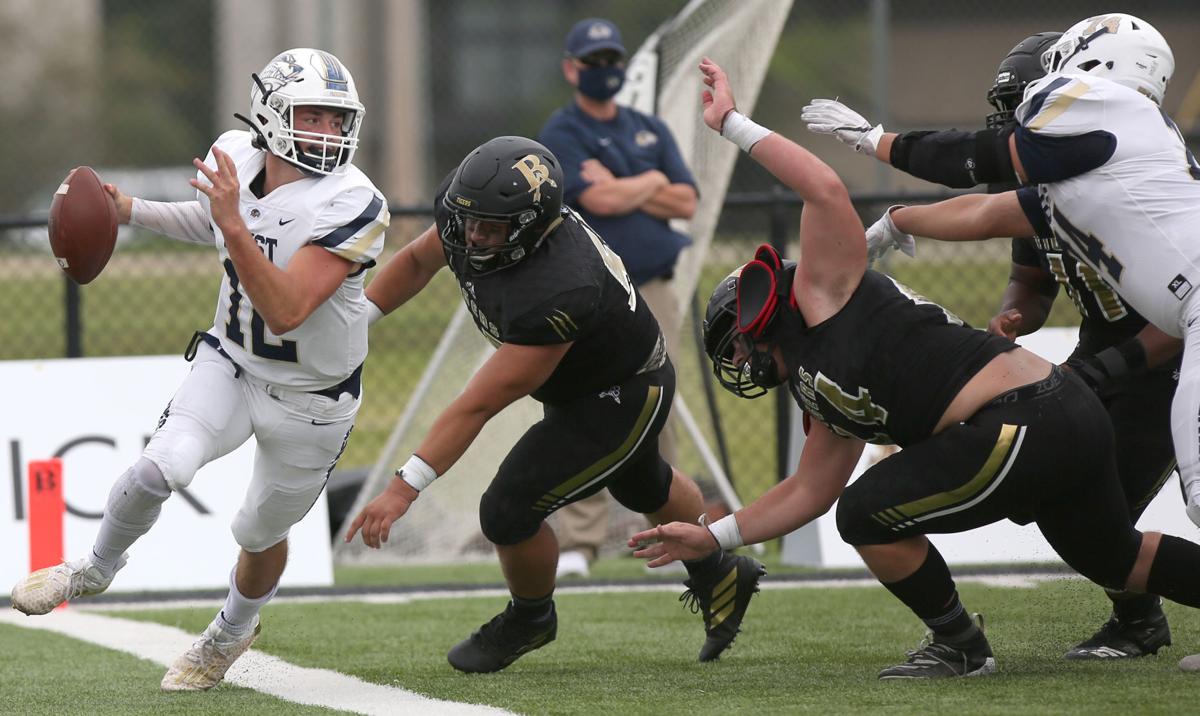 BROKEN ARROW – Maurion Horn said he felt like a lot of people were waiting to see what he could do with a football under his arm.

“I felt like I had to make a statement, and it was amazing to be out there,” the Broken Arrow junior running back said.

Did he pass the test?

Tigers fans might have given him a higher grade than that.

In his first start as a varsity running back Saturday, Horn erupted for 190 yards on 13 carries, scored two touchdowns and set up a third, helping the Class 6AI No. 3 Tigers race past Arkansas’ Class 7A No. 8 Bentonville West 50-23 in both schools’ football opener in Memorial Stadium.

About 2,500 to 3,000 spectators watched under coronavirus safety guidelines, along with an ESPN2 national television audience.

They saw Horn look like the four-star prospect he is rated by Rivals and 247 Sports from the very start.

Between Horn’s running and Raines’ passing, there was little the Wolverines could do to hold back the Tigers, who snapped the ball 20 fewer times than the visitors but averaged almost three yards more per play (9.3) and totaled 467 yards.

Raines went 12-for-19 through the air with two TDs and no interceptions and was spot-on when he had to be. He also had a 42-yard TD strike to Jaiell Talley and a 41-yard completion to RJ Spears-Jennings, all in the first half.

“Jake was sharp and he did so many things behind the scenes today with his leadership and getting us into the right play,” Tigers coach David Alexander said. “(Offensive coordinator Jay Wilkinson’s) putting more on his plate every week — way more than last year — and he’s got big guys on the outside (Talley, Spears-Jennings, Barnett and Jacob Jennings) that he trusts.”

Alexander said it wasn’t always a thing of beauty, but he was pleased with the end product.

“Every first game I’ve ever been involved in, you’re gonna make mistakes. You’re gonna have 10 guys on the field or 12. Or somebody’s gonna miss a signal. But it’s a great place to start, not playing perfect and winning 50-23. We’ll take that every time,” he said.

Especially when Horn plays as well as he did. He had 53- and 23-yard scoring runs, returned a kickoff 43 yards and caught two passes for 16 yards. Once, he took a ringing hit and fumbled along the sideline, but even that turned out OK because Spears-Jennings picked up the loose ball and ran it into the end zone from 11 yards.

Senior defensive back Corey Williams had an interception, forced a fumble, blocked an extra point and made a key block on Buddy Mack’s 36-yard interception return for the game’s final score.

“Corey Williams, defensive MVP, no question about it,” Alexander said.

View from the sidelines: See the action between Broken Arrow and Bentonville West

Week 0: Bixby rolls over Union, as a new normal for high school football kicks off

A most unusual 2020 high school football season kicked off Friday.

Broken Arrow junior Maurion Horn, who rushed for 190 yards and two touchdowns in his first varsity start at running back, races to a touchdown in the first half during the Tigers’ victory against Bentonville (Ark.) West at Memorial Stadium in Broken Arrow on Saturday. JOHN CLANTON/Tulsa World