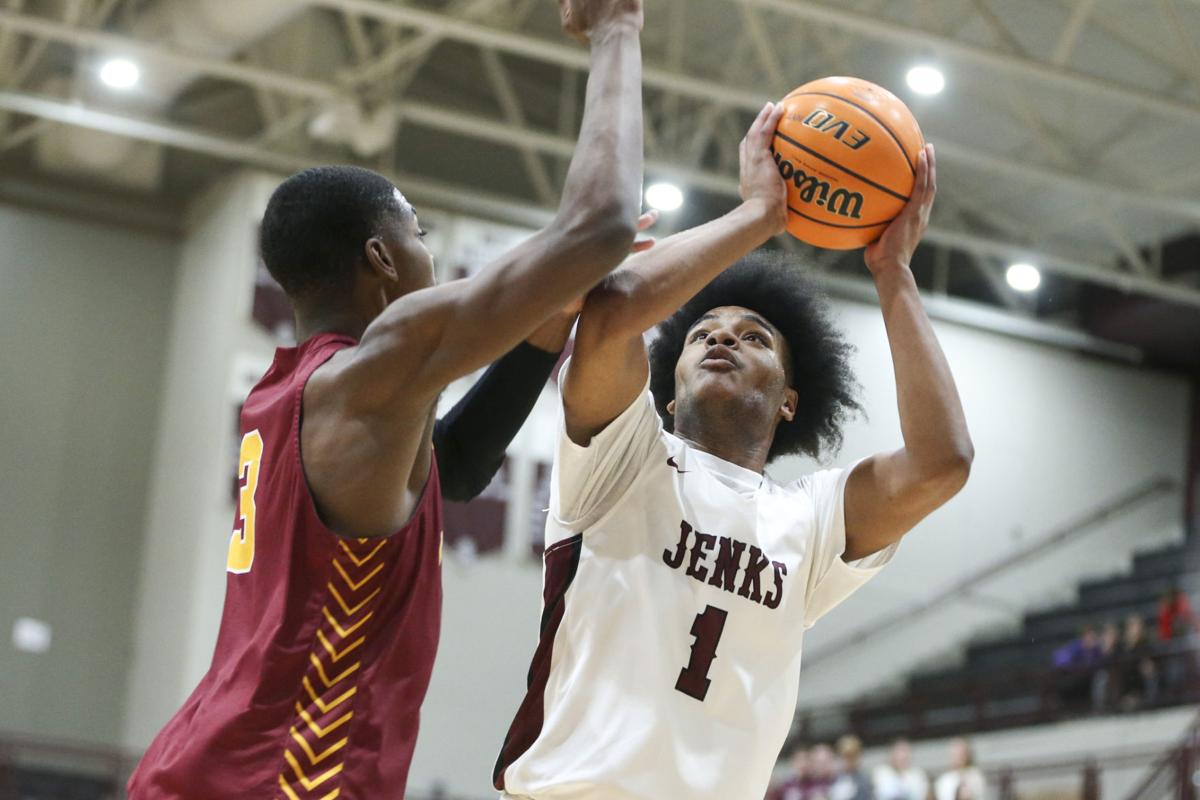 Jenks’ Anfernee Nelson (right), who led the Trojans with 21 points, shoots over Putnam City North’s Jeff Nwankwo at the Jenks/Union Invitational on Friday. Jenks won 54-48 to advance to the final. 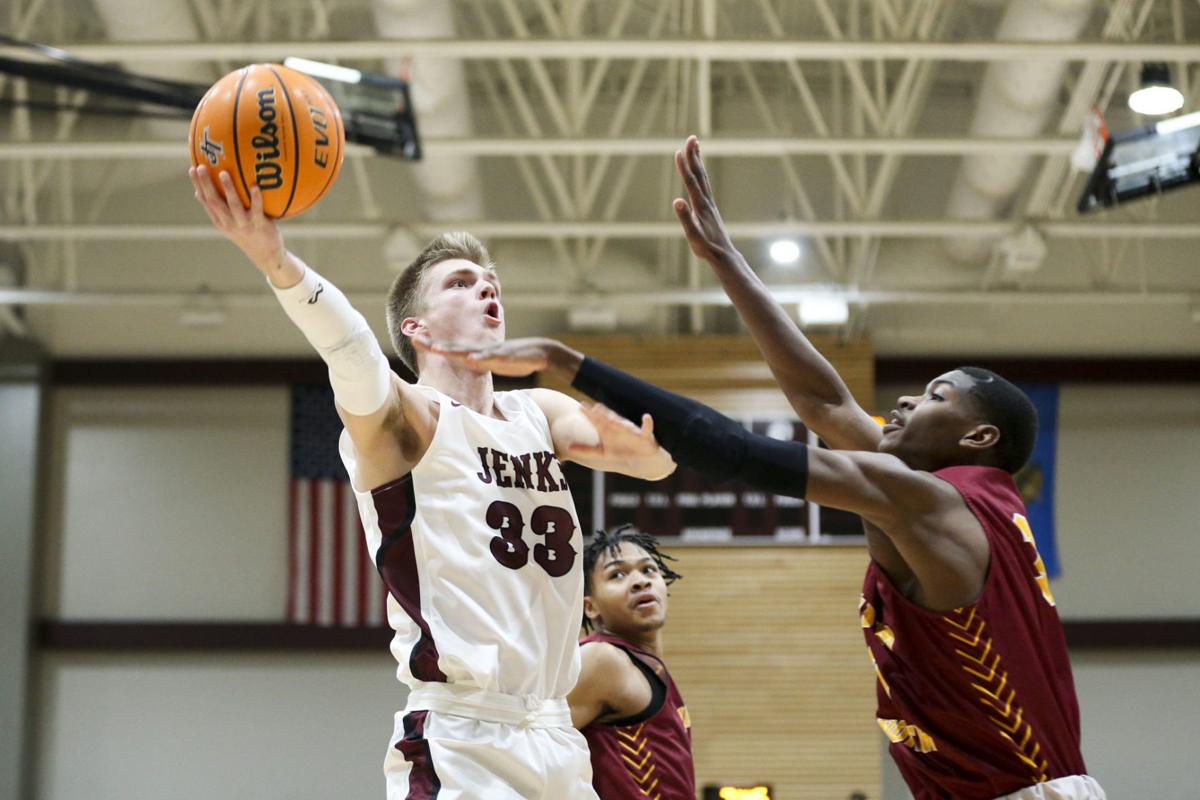 On Friday night, the Class 6A No. 9 Redskins trailed by six going into the fourth quarter before rolling to a 57-41 victory over 6A No. 17 Edmond Santa Fe in the semifinals at the Union Multipurpose Activity Center.

On Thursday in the quarterfinals, Union erased an 11-point halftime deficit en route to a 76-74 win over Trinity (Texas) Cedar Hill.

“That’s one thing about these guys — they won’t quit,” Union coach Rudy Garcia said. “They’ll keep fighting and play hard to the end. When you do that, at some point good things are going to happen.”

The title game will be at 8:30 p.m. Saturday at the UMAC. It’s the first time that the teams have met for the tournament championship since they began co-hosting. Jenks edged Union 64-60 on Jan. 17.

“It’s going to be a fun night,” Jenks coach Clay Martin said. “Obviously they’re a good team and they have a great coach. We’re going to have to be ready to play.”

“We started playing harder and played better defense,” said Union’s Seth Chargois, who scored six of his game-high 16 points in the fourth.

“We’re capable of scoring,” Garcia said. “We’ve got shooters, we’ve got some guys who can do some things inside and we have some athletes that will defend. Those moments when it all seems to work, it’s special.

“That third quarter (when Union scored seven points) there seemed to be a lid on the basket. But the kids hung in and once we got ahead and they tried to press us we were able to break their press, we got some easy ones and I think that kind of deflated them.”

Jenks, which was ahead most of the game, led 36-32 early in the fourth quarter before going on an 8-2 run. Putnam North (10-5) cut its deficit to 48-43, but Nelson’s layup with 52 seconds left repelled the Panthers’ comeback. Nelson had seven points in the fourth quarter.

“Anfernee is playing at a high level and is so confident right now,” Martin said. “We lost some guys here and there but overall our team defense was very good and we’re rebounding very well. I’m super proud of our group as we continue to make plays when it matters most.”

Jenks’ Anfernee Nelson (right), who led the Trojans with 21 points, shoots over Putnam City North’s Jeff Nwankwo at the Jenks/Union Invitational on Friday. Jenks won 54-48 to advance to the final.