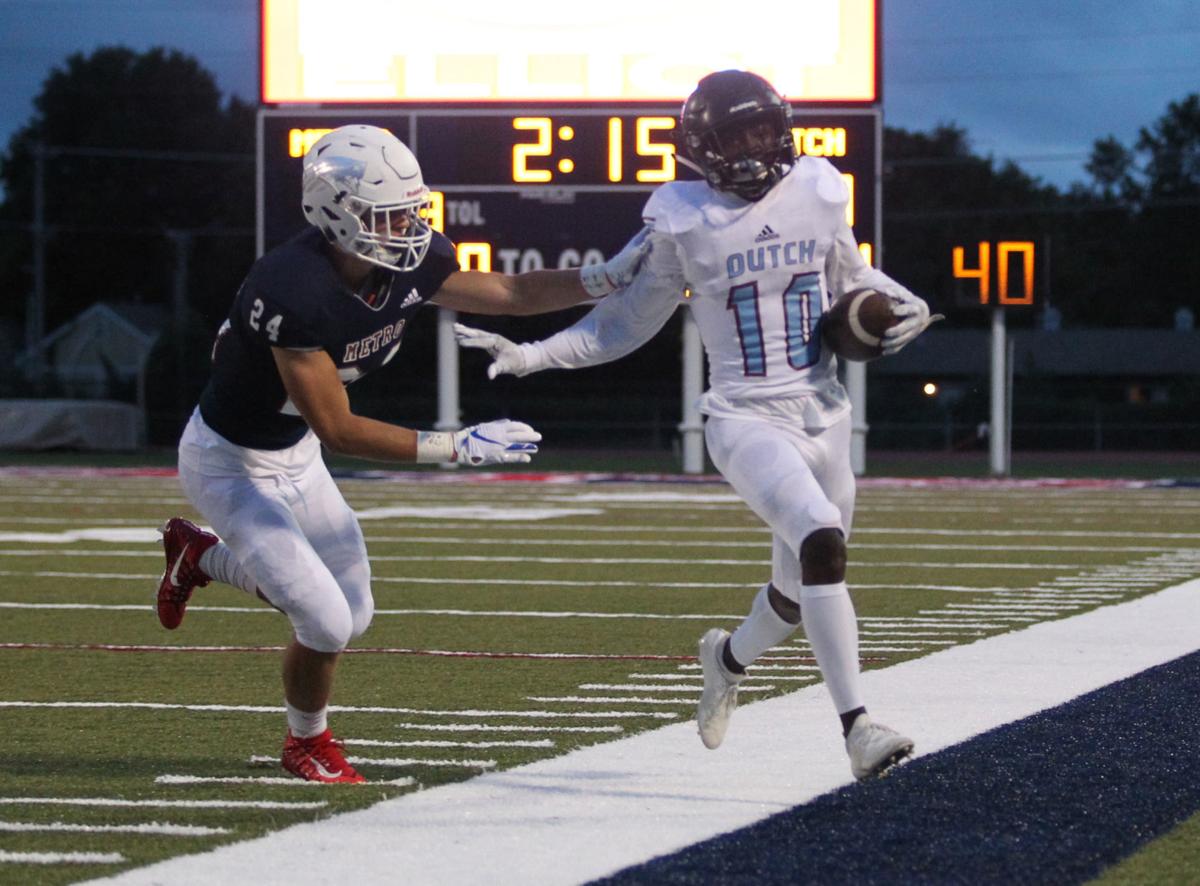 Holland Hall’s NuNu Campbell runs out of bounds after an interception during a 2019 game at Metro Christian. The teams will meet against at Metro on Friday night. 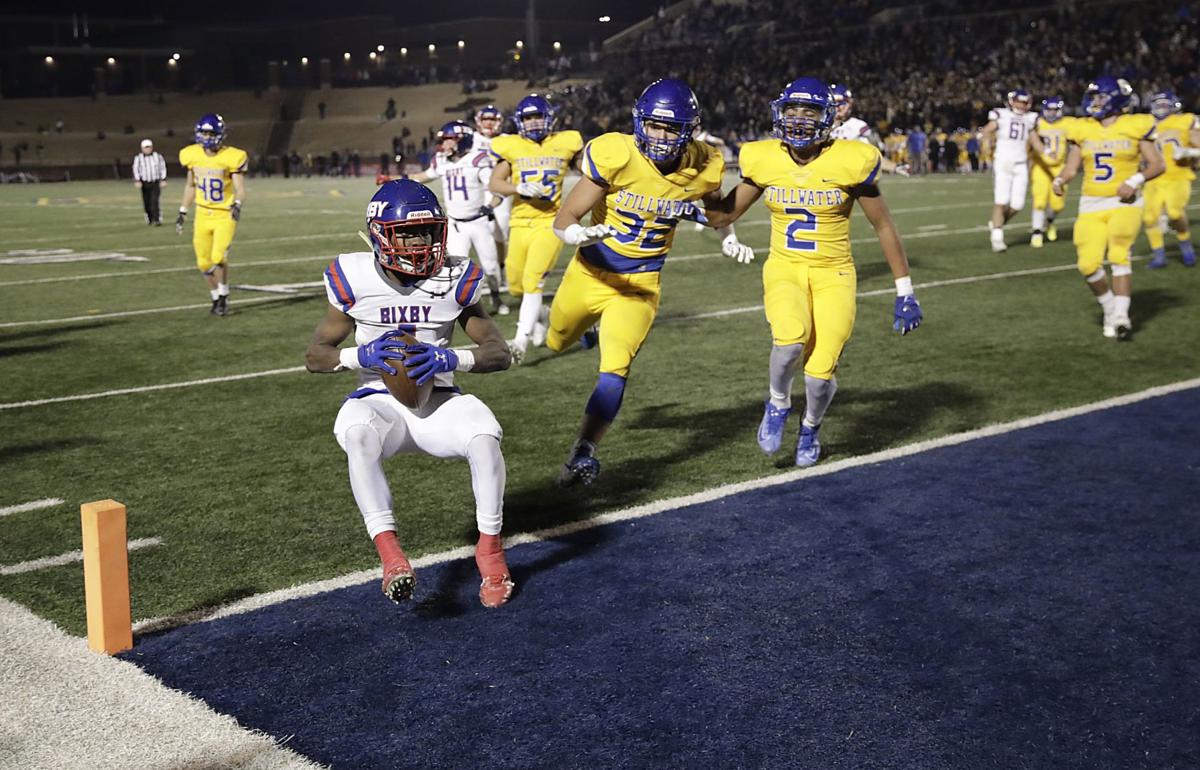 Bixby’s Braylin Presley scores the game-winning touchdown against Stillwater in the 6AII championship game in 2019.

The outlook: Defending state champions and top-ranked teams meet in this rivalry between private schools located only 5 1/2 miles apart.

Key players: Metro quarterback Kirk Francis, who passed for 367 yards and five TDs in last year’s 2A state final against Washington, has thrown for 373 yards and three touchdowns in his first two games this season. JJ Shelby, with 11 catches for 159 yards and a TD, is his top receiver. Tagg Campbell, with 260 yards and three TDs, is the leading rusher. Dempsey Gillman leads the Metro defense with 30 tackles and 7.5 sacks. For Holland Hall, Zane Woodham and NuNu Campbell have made a big impact on both sides of the ball. Woodham has rushed for 279 yards with four TDs. He also has been involved in 24 tackles. Campbell has nine catches and two TDs. Kordell Gouldsby is 28-of-43 passing and has accounted for 493 yards in his first two career starts at QB. Magnus Lepak has four field goals of more than 40 yards.

Who is the Week 2 high school football player of the week?

POLL CLOSED To vote for high school football player of the week, see the profiles below of each candidate and then cast your vote below. Voting ends at 3 p.m. Tuesday. Your choice for player of the week, along with the World’s choice, will be published Wednesday in the Tulsa World and on OkPrepsExtra.com.

The outlook: Stillwater, after a year’s delay, finally gets its chance to avenge state title game losses to Bixby in 2018 and ‘19. The Pioneers were scheduled to host Bixby in Week 3 last year, but the game was canceled due to COVID issues. And then Stillwater expected to play Bixby in the state final, but the Pioneers were upset on a last-second field goal by Choctaw in the semifinals.

Key players: Bixby’s Braylin Presley and Stillwater linebacker Gabe Brown. Both are Oklahoma State commits. Presley has 308 rushing-receiving yards with two TDs this year. He also scored the winning TD with 1:04 left for a 40-36 victory over Stillwater in the ‘19 state final. Brown also is being used as a running back this year. Stillwater QB Gage Gundy passed for 193 yards and four TDs, including the winner with 49 seconds left last week.

Notable: These teams have combined to go 3-0 this year against 6AI’s top-6 — Bixby defeated No. 2 Jenks; Stillwater beat No. 5 Mustang last week and No. 6 Edmond Santa Fe in the opener.

The outlook: The host Saints are looking to avenge their only loss of last season — 27-26 at Sand Springs. Shiloh won seven state titles from 1998-2010 and an eighth last year after finishing as the state runner-up in 2019.

Key matchup: Sandites running back Blake Jones against the Saints’ defense. Jones has rushed for 401 yards and seven TDs in the first two games. Shiloh gave up 249 rushing yards and two TDs to Poteau’s Todd Mattox in the Saints’ 27-21 win on Sept. 3.

The outlook: Victory looks for another win against a highly ranked team after defeating then-No. 1 Class A Pawhuska 39-33 in overtime on Sept. 3. There will be a matchup between two of the area’s top-10 quarterbacks — Verdigris’ Dylan White and Victory’s Triton Chandler.

Holland Hall’s NuNu Campbell runs out of bounds after an interception during a 2019 game at Metro Christian. The teams will meet against at Metro on Friday night.

Bixby’s Braylin Presley scores the game-winning touchdown against Stillwater in the 6AII championship game in 2019.