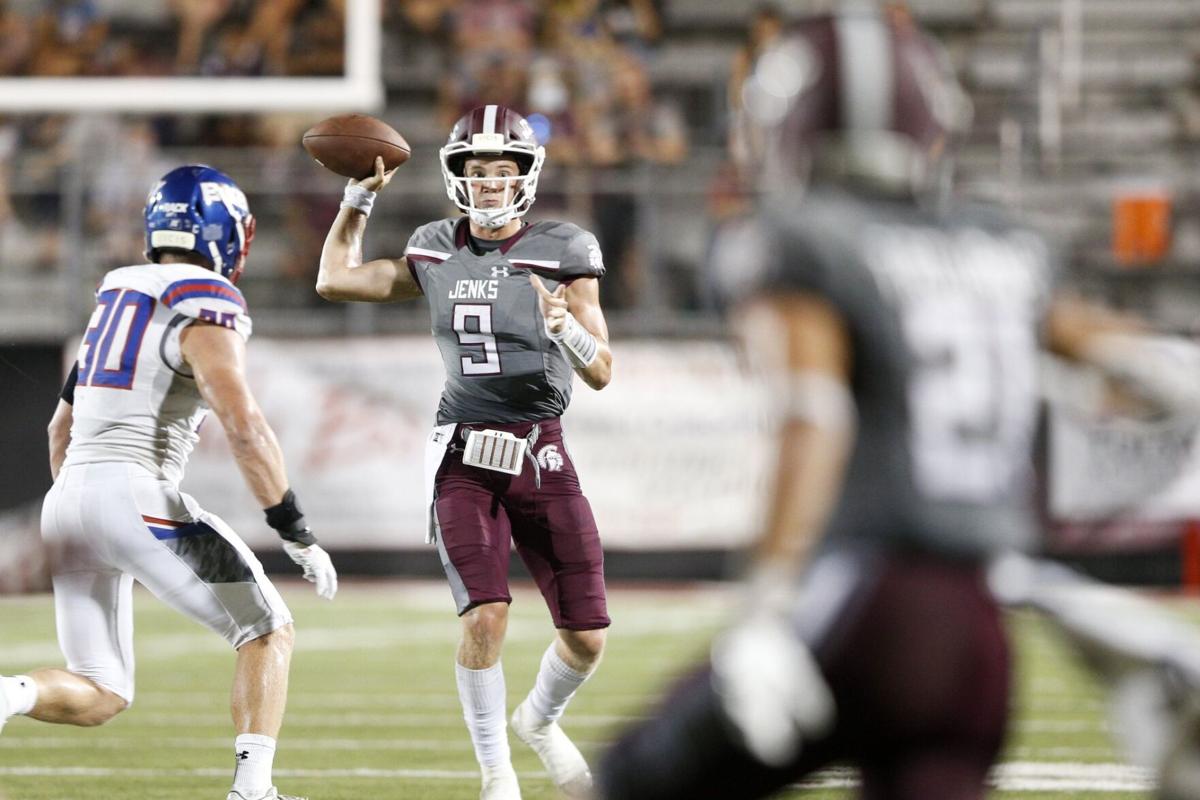 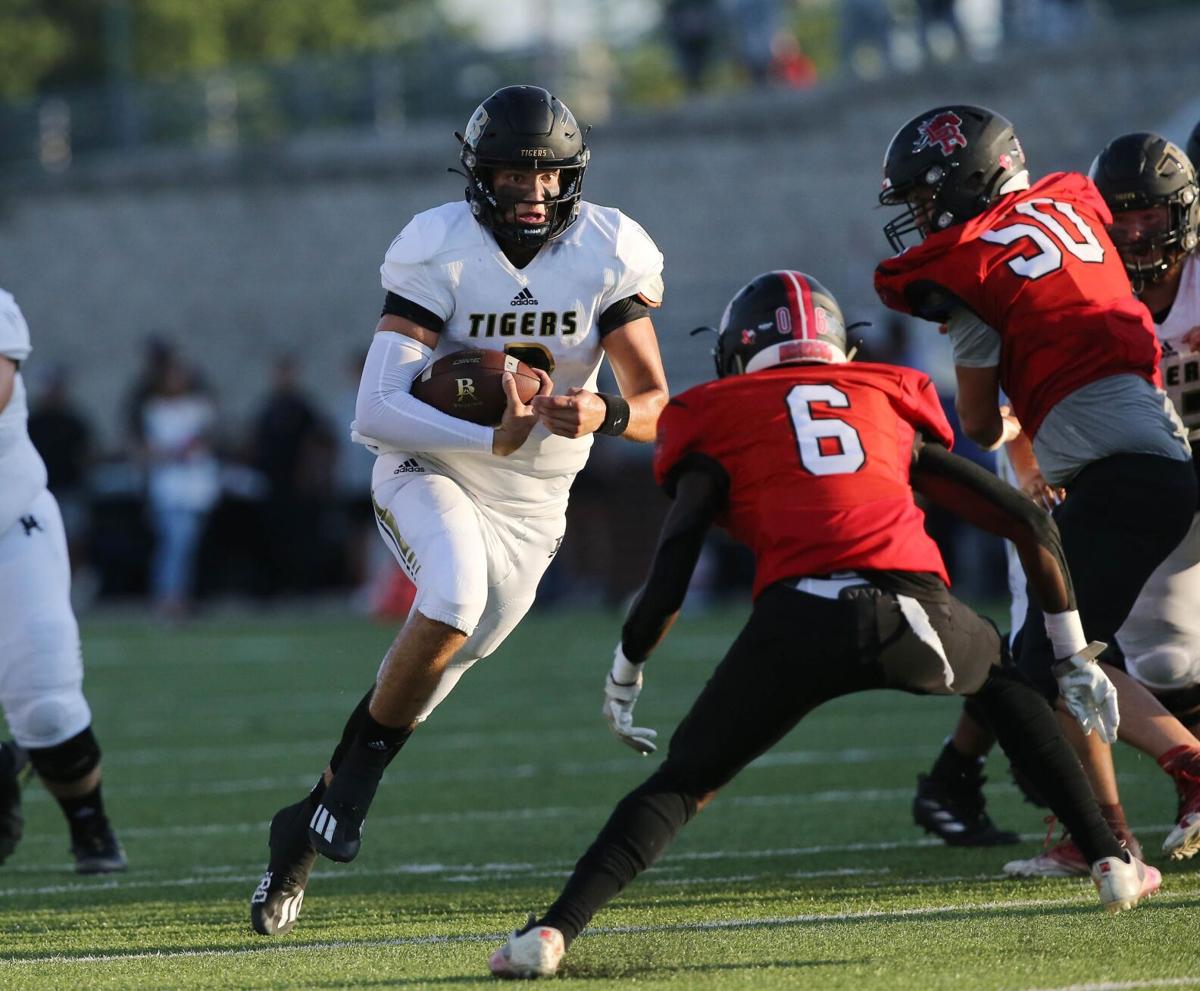 Senior QB Griffin Stieber is 31-for-42 passing with eight TDs.

What’s happening: Falls on the eve of the 20th anniversary of the World Trade Center attack, Sept. 11, 2001. Union students voted on a “USA” theme for the game and will dress in red, white and blue and do patriotic songs and chants. It is also the 20th anniversary of the last year that Class 6A’s dominant teams of the past quarter century did not play either in the regular season (canceled after 9/11) or in the playoffs. Before 2001, the schools had played continuously since 1976. With games between the teams known to have taken place as far back as 1923, this will be the 67th meeting. Jenks leads the Backyard Bowl 10-7 and is 41-23-1 in the overall series. The result of a 1926 game is not known.

Last year: Jenks won 28-0 before a COVID-restricted crowd of about 4,000 in Allan Trimble Stadium. The Trojans went on to capture the school’s 17th state football crown. Union rebounded from the program’s worst start in 42 years (0-4) to win its next six games and reach the state semifinals.

Who to watch: Jenks QB Ike Owens has passed for 403 yards and two TDs, with three interceptions. RB Jaiden Carroll averages only 2.1 yards per rush, but also has 97 receiving yards and is tied with Ty Walls for the team lead with nine receptions. Union RBs Rovaughn Banks and Junior Smith have combined for 397 rushing yards and seven TDs in two games. Banks rushed for 210 yards and three TDs in the 38-28 win over Broken Arrow last week. QB Grayson Tempest has passed for 236 yards, and Lane Wood and Da’Monn Sanders have a TD reception each. Makhai Belt helped clinch the BA win with his third interception of the season.

What’s happening: New BA coach Josh Blankenship goes against his legendary father as a rival head coach for the first time. Bill Blankenship is 46-7 with two state titles (2017, ‘19) in his four seasons at the Owasso helm. Also a former University of Tulsa head coach, he is 264-73 over 27 years at the high school level, with additional gold balls at Union (2002, ‘04, ‘05) and Fayetteville, Arkansas (2016). The Patriot Bowl was created in 2019 to celebrate the service and sacrifice of American heroes and to raise money for scholarships to families of servicemen killed or wounded in the line of duty. Veteran pilots will fly T-6 “Texan” aircraft over the stadium during the National Anthem, and both schools’ bands will perform patriotic music in pregame routines. BA leads the overall series 28-13, but Owasso has won the past three meetings,

Last year: In a No. 1-vs.-No. 2 matchup, Owasso rolled 32-6 at Broken Arrow and won its first 12 games — part of a 25-game winning streak dating back to the 2019 season — before falling to Jenks in the state semifinals. Broken Arrow went 7-4, finished third in District 6AI-1 and lost to Union 26-14 in the quarterfinals.

Senior QB Griffin Stieber is 31-for-42 passing with eight TDs.