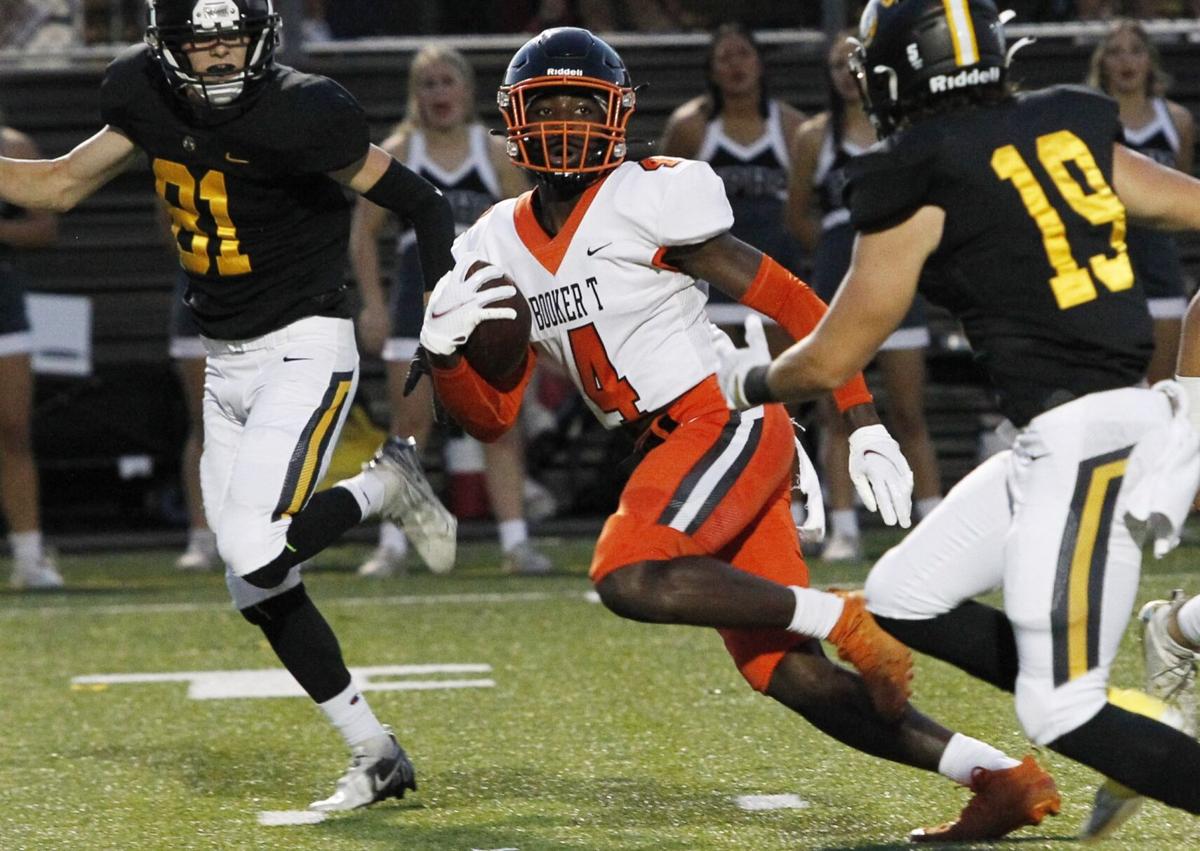 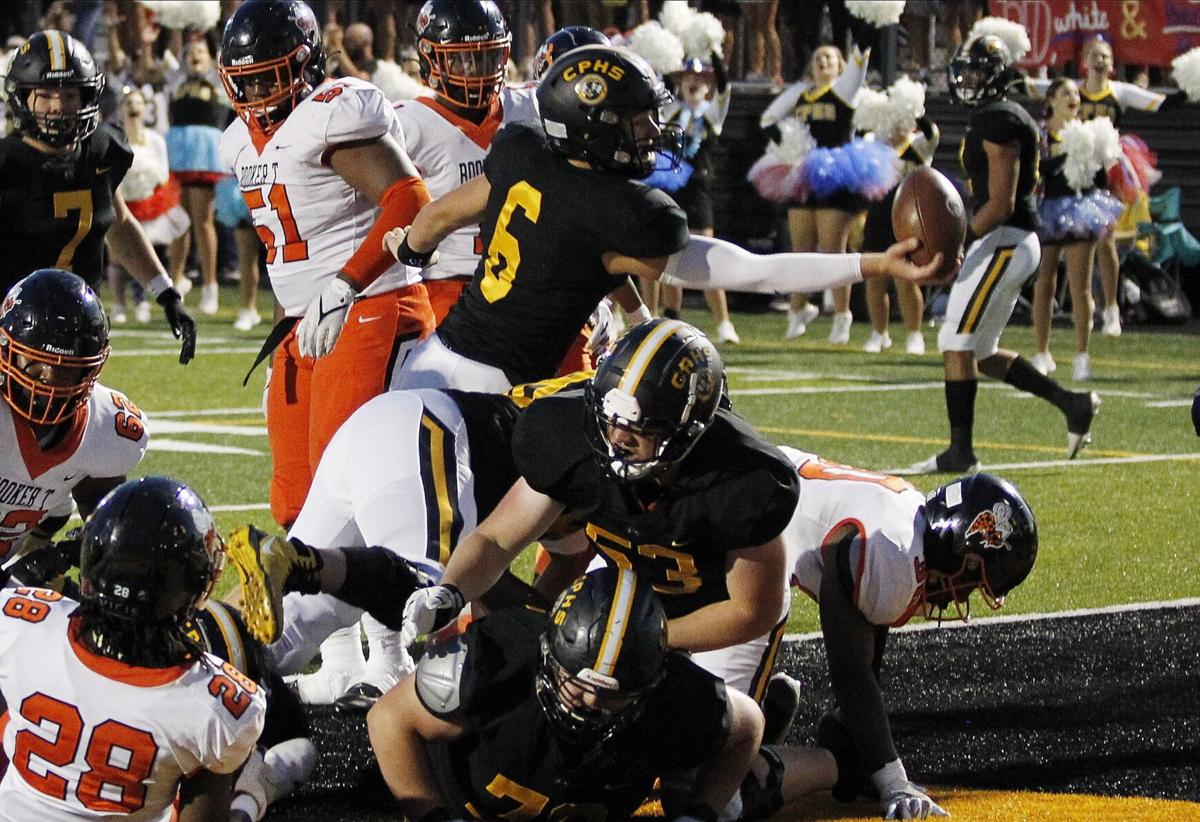 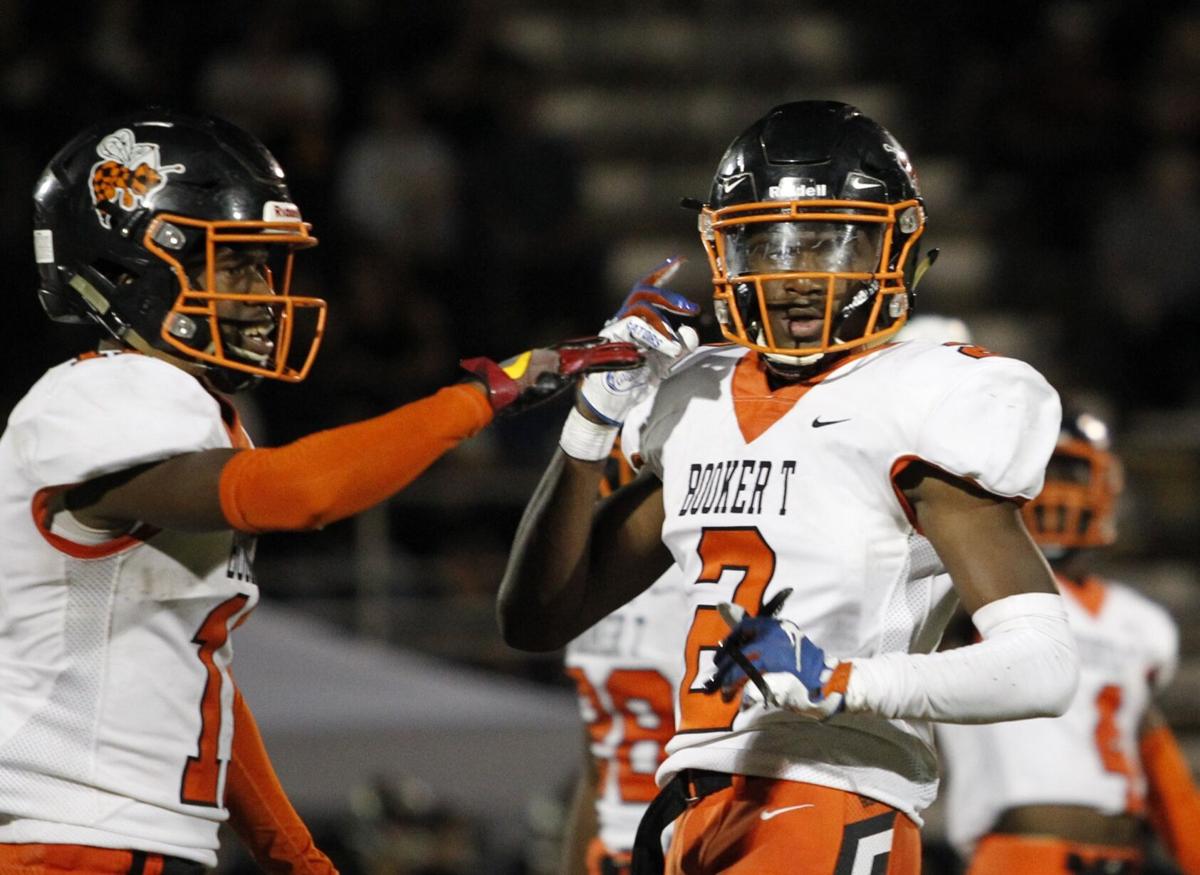 SAND SPRINGS — Usually when a football team lines up to take a knee to run out the clock, it means the game’s over. But with 1:21 left to play Friday night, Dominic Ornelas burst through the Booker T. Washington line and snatched a takeaway to give the host Sandites one last shot.

Fortunately for the Hornets, Micah Tease snagged a fumble by Jacob Blevins just 16 seconds later, and this time the offensive line held off the Sandites and the clock ran out.

“I just told our team to keep fighting, keep going out there and making plays,” said Hornets head coach Jonathon Brown. “It was just a hell of a win.”

A far departure from last year’s 49-0 homefield rout for the Hornets.

Despite the defensive reputation of both teams, the offenses shined.

Junior Hornet quarterback Lathan Boone was 21-of-29 passing for 253 yards and three touchdowns, while his Sandite counterpart Ty Pennington was 14-of-27 for 270 yards and two passing scores.

“I thought the best pass he threw was the last one to Micah Tease,” Brown said of Boone. “So composed. He just went back and let it go. That’s a credit to the offensive staff and the quarterback coach getting him ready. He’s truly becoming a leader. The game is starting to slow down for him and he’s doing a hell of a job.”

Meanwhile Pennington had a bit of a consolation prize, as he set the Sand Springs career passing record at 5,061, surpassing his own quarterback coach, Darrack Harger.

“If anybody’s going to do it, I’m glad it’s that guy,” Harger said. “I’ve told him for the past three years that my goal for him was to beat my record. That dude is a baller and he’s going to go on to the next level and do all kinds of great things.”

Pennington also had 62 rushing yards and two more touchdowns on the ground.

In addition to Tease’s defensive takeaway to seal the game, he also had a huge hand in the offense, racking up 98 yards on five catches with two touchdowns, including a 40-yarder for the 37-26 lead with 4:57 to play.

View from the sidelines: Booker T. Washington vs. Sand Springs