Subscribe
Read Today's E-Edition
Share This
Chance Wilson player diary: Mom always showed me grace no matter how many times I messed up
0 Comments
Share this

Dad was really hard on me, but I wouldn't change a thing. It made me who I am

Football is not stressful. It's how I unwind. I even look forward to practice

Taking in Zach Bryan concert during off week

'My best game is still out there'

Editor’s note: Rejoice Christian quarterback Chance Wilson is one of the top football players in the Tulsa area. He’s a three-sport standout who was the Tulsa World’s 2021-22 All-World Male Athlete of the Year. Wilson, a senior who is committed to Montana State, has agreed to document his season for the Tulsa World in the form of a weekly diary. We’ll check in with Wilson all the way up to his departure for Bozeman, Montana, as he plans to sign in December and be on campus in January as a mid-year enrollee.

In last week’s installment, Chance wrote about the annual dad’s dinner at Rejoice Christian. Fathers of senior football players write letters to their son and then read those letters in front of the senior players and senior dads.

There’s also a mom’s dinner each year; however, it’s a little different. The senior football players are asked to write letters to their mom and read them at a dinner with senior players and their moms.

“(The players) have probably taken their moms for granted over the years because of their unconditional love,” Rejoice coach Brent Marley said. “There’s probably been moments where they maybe haven’t treated their moms right because they know their moms will always be there for them. They just lay it all out there and let their moms know from the heart how they feel about them.”

This year’s mom’s dinner was held Oct. 10, the week of the Vinita game. Here is Chance talking about his mom, Krista.

“My mom is a very caring person. She’ll just make your day, even if you talk to her just a little bit, and she always tries to pick everyone up. I’ve never once seen her talk down to somebody. She is always so nice to everybody. She’s just a sweetheart.

“She’s at every game. She probably tells me she loves me way more than a mom should. She tells me I played good even when I didn’t. She always showed me grace no matter how many times I messed up and was being a dumb kid. She’s was always there to love me at the end of the day.

“My mom loves watching football. Her and my dad every Saturday and Sunday they watch football. She is a huge football fan. She also played soccer and basketball growing up and played both in high school. She went to Union High School and went to Pitt State where she met my dad.

“In my letter, I just thanked her for being my mom. I thanked her for all that she did for me to make my life easy. She’s very selfless. She puts everyone before herself. I thanked her for taking care of us when my dad was gone, because I know how hard that was with four kids. (Editor’s note: Chance’s father, Andrew, was in the military and was mostly gone the first four years of his life). I told her I’m thankful she’s the mediator between me and my dad because if she wasn’t, me and him would have probably killed each other by now.

“I choked up a little bit while I was reading my letter. I shed a couple of tears while I was writing it. That was pretty hard.

“I don’t think I always tell my mom what she means to me. It was good for me to (write the letter). I would say a lot of high school players don’t tell their mom stuff like that. It was funny, I’ve never seen so many of my teammates cry. We were all getting emotional. It was funny to see because we always try to be these tough guys and then we talk about mom and we break down. It was good, though.

“I would say what I’ve learned from the dad’s and mom’s dinner is that I might have taken having parents for granted part of the time. Coach Marley was big in talking about how we’re seniors now and next year we’re going to be on our own and we’re not going to have mom and dad whenever we want them.”

Class 5A team rankings after Week 7

Class 4A team rankings after Week 7

Class 3A team rankings after Week 7

Class 2A team rankings after Week 7

Class A, B and C team rankings after Week 7

Wilson has sprained MCL, will return this season

Senior quarterback Chance Wilson has a slight MCL (medial collateral ligament) strain that will not require surgery and is expected to return this season, coach Brent Marley said Monday night.

Wilson, a Montana State commit, was injured in the first quarter last Thursday against Vinita.

“I don’t know when, it may be Week 10,” Marley said. “I’d be shocked if he wasn’t back by the first round (of the playoffs). But, I guess second round, worst case scenario."

Sophomore Cale Marley relieved Wilson at quarterback and guided the Eagles to a 55-28 win, scoring on five touchdown runs as No. 2 Rejoice improved to 7-0 overall and 4-0 in District 2A-8.

Rejoice travels to Nowata on Friday and then hosts Caney Valley in Week 9 before ending the regular season at Pawhuska.

Stanford is back after a one-week absence following a stellar all-around performance in a win at Moore.

Study: Caffeine can improve the performance of sprint runners

How the World Cup ball may change soccer forever

How the World Cup ball may change soccer forever 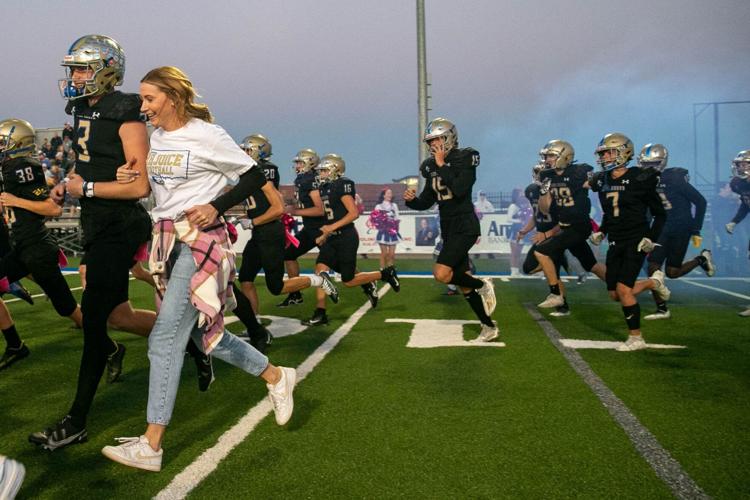 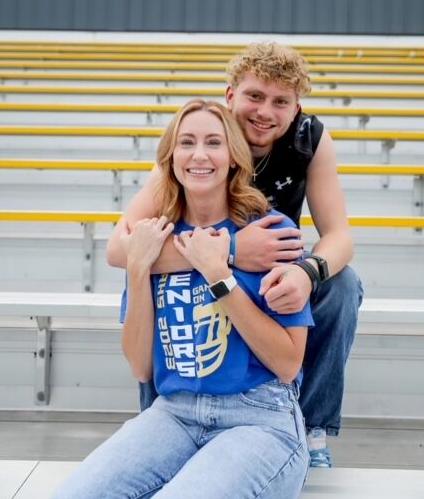 About his mother, Krista, Chance Wilson says: “She’ll just make your day, even if you talk to her just a little bit.”