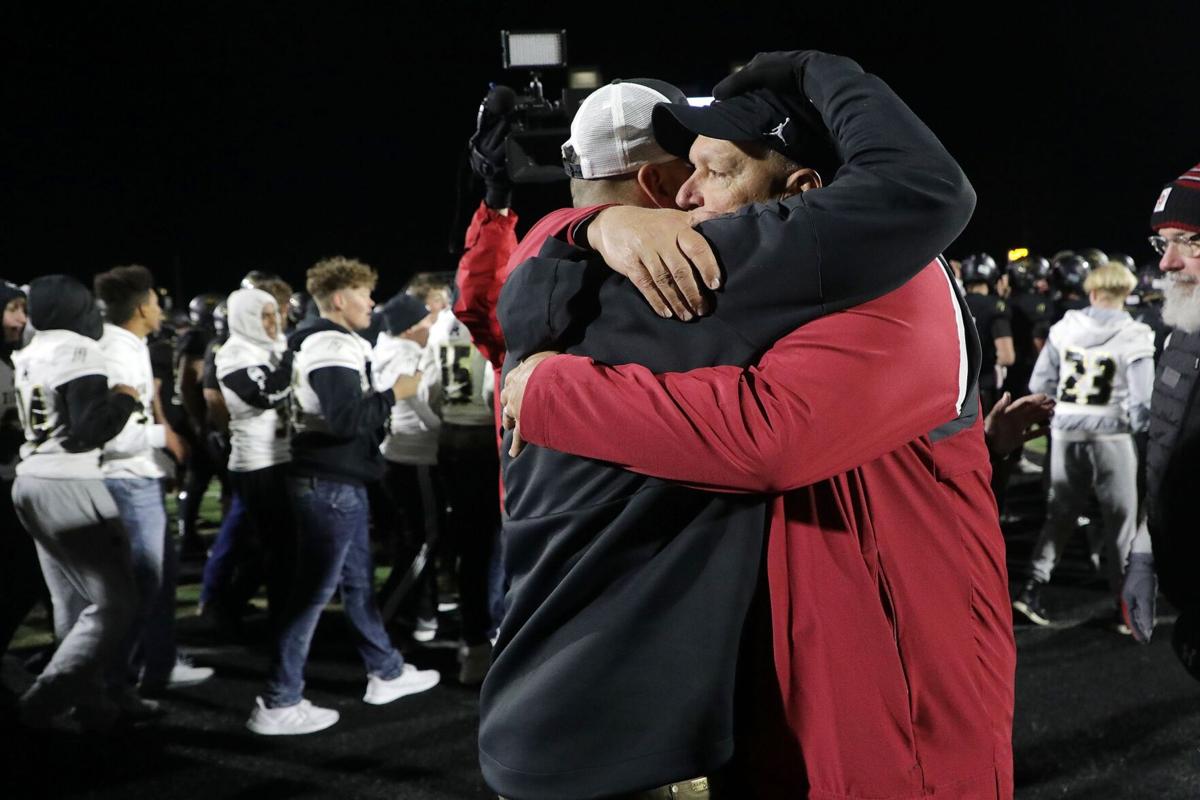 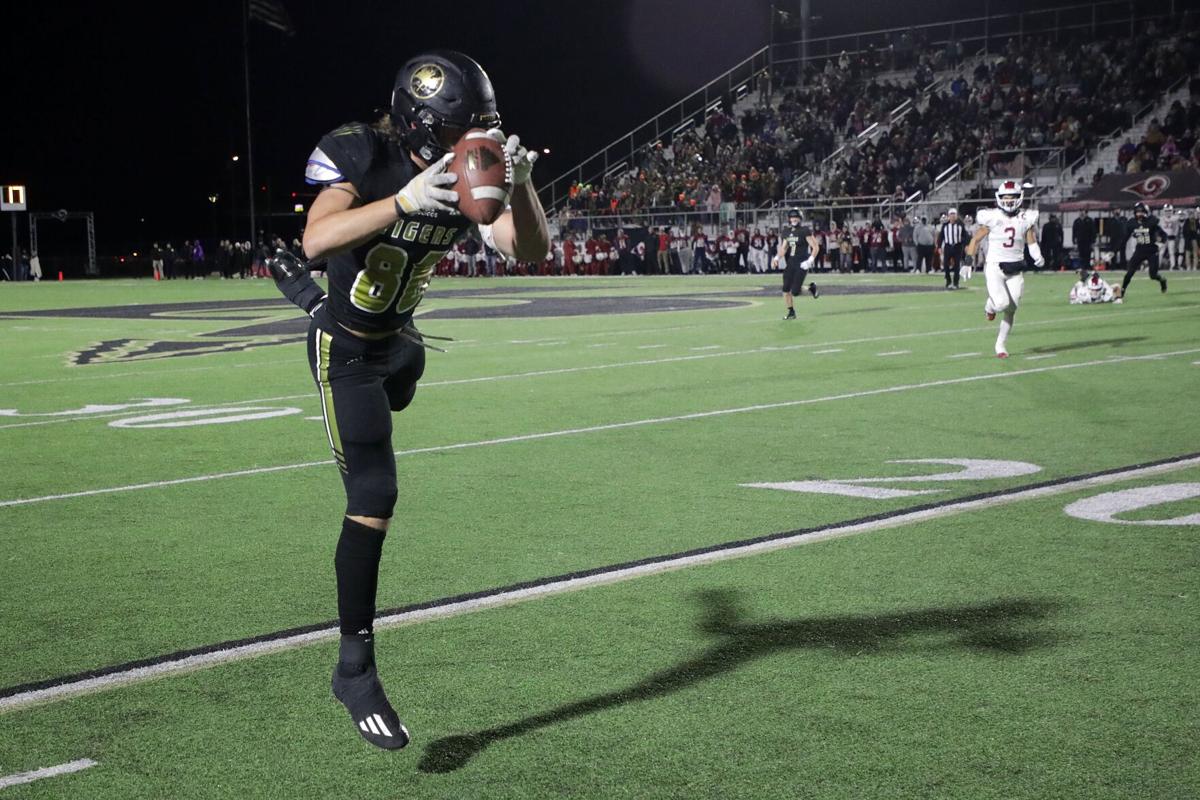 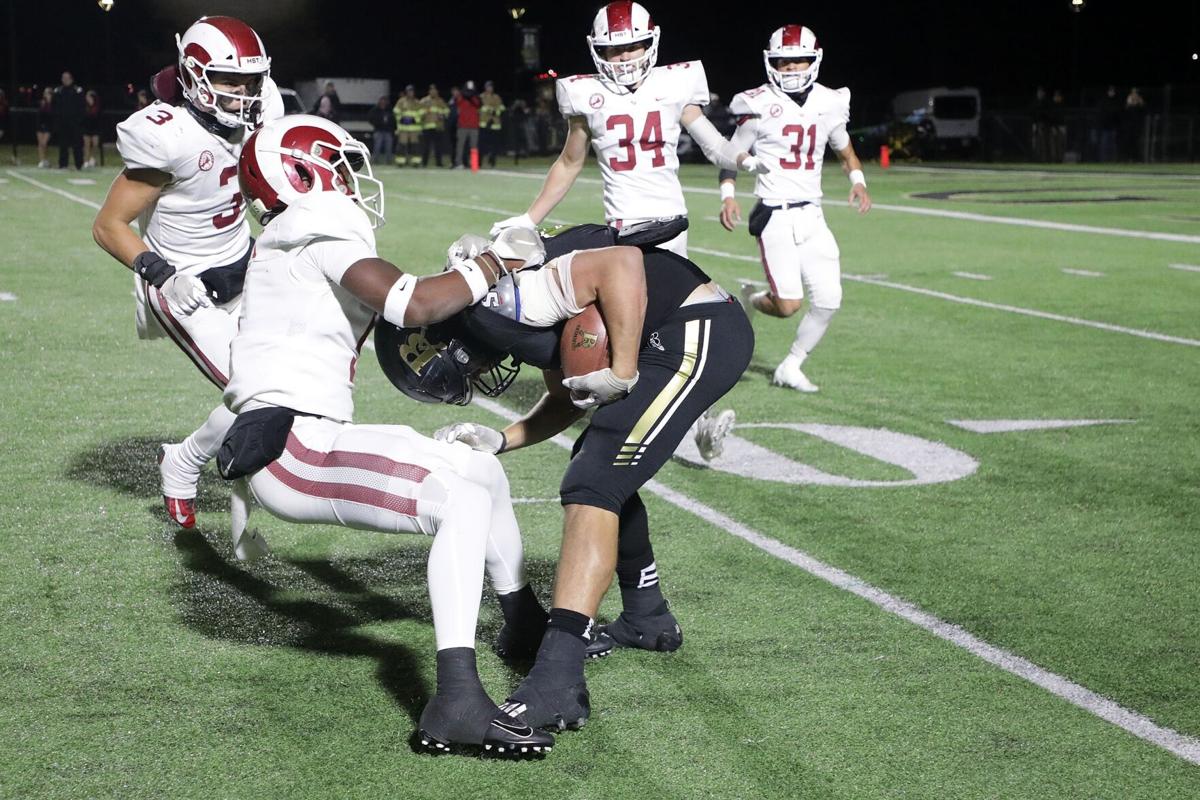 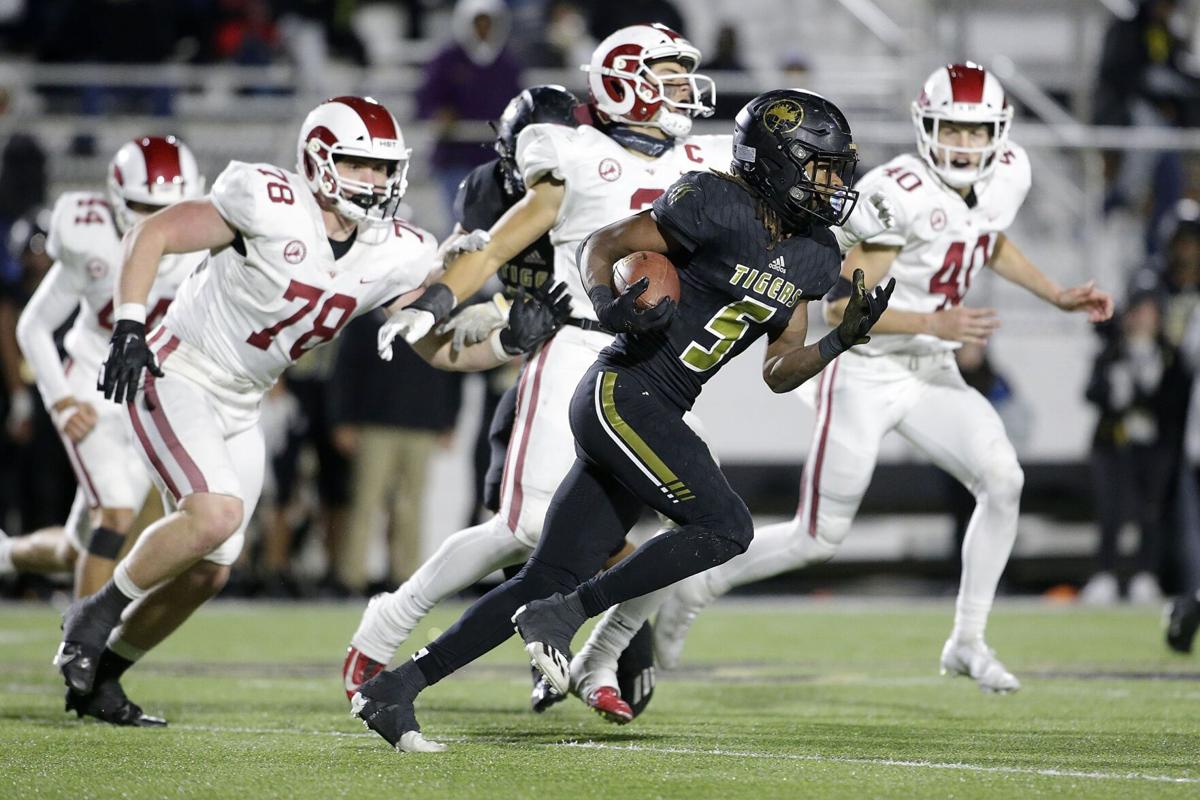 Broken Arrow's Maurion Horn rushed for 170 yards and two TDs as the Tigers stunned Owasso 41-40 in a Class 6AI playoff game on Friday. 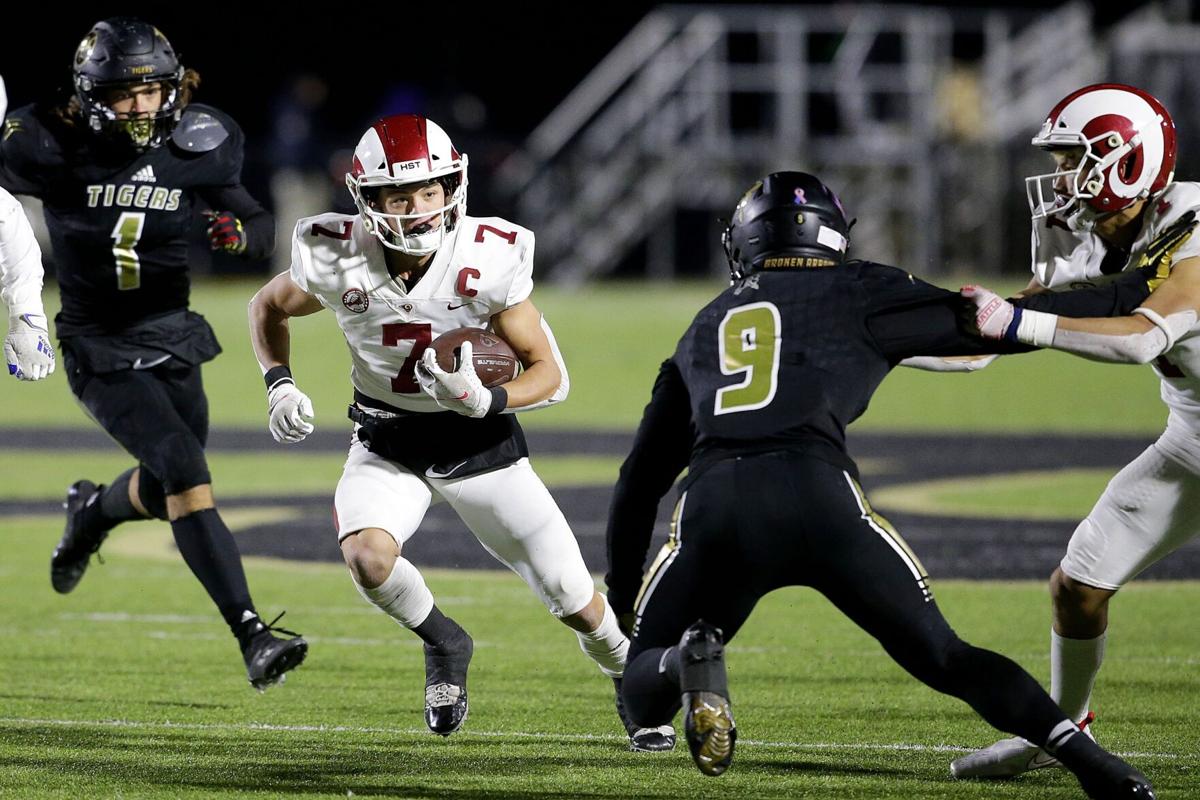 Owasso's Cole Adams scored on kickoff returns on 78 and 90 yards, but the Rams were upset by Broken Arrow, 41-40.

In advance of Friday’s Class 6AI playoff rematch, Owasso was considered a double-digit favorite. The expectation: The Rams would win. Probably not by 39, but comfortably.

Not since 1997 at Union had a Bill Blankenship-coached team been dealt a first-round playoff loss. Interestingly, Josh Blankenship was the quarterback of that 1997 Union team, so he shared in the pain of that long-ago setback.

On Friday, Josh Blankenship shocked his father, the Rams and just about everyone who follows Oklahoma high school football.

With 9½ minutes left to play, Bill and the Rams had a two-touchdown lead. When time expired on an incredible fourth quarter, the Tigers were 41-40 winners.

On the home side of the bleachers, the attendance was 60% less than what you’d normally see for a playoff clash of rivals. In spite of the lack of hostile-environment energy at Memorial Stadium, the younger Blankenship responded with the best coaching performance of his life.

Remember Bob Stoops’ “Riverboat Gambler” reputation during his first six seasons as the OU coach? Josh channeled some of that “Big Game Bob” magic. Josh dialed up trick plays, sustained his team’s intensity even during tough sequences and knocked Bill and the Rams out of the 6AI tournament.

Broken Arrow muscled up with a 242-yard run game, played beautiful ball-control offense and finished plus-3 on turnovers.

Tiger senior Maurion Horn rushed for 170 yards and two TDs. Sterling Ramsey passed for two touchdowns. During the wild final period, the Tigers were 4-of-4 on third-down conversions.

Lots of time remained, and Owasso drove the field, seemingly destined for a go-ahead score, but the Tiger defense got a fourth-down stop with 2:17 left.

Owasso’s Cole Adams staggered Broken Arrow with kickoff-return touchdowns of 78 and 90 yards, but the Tigers responded in the fourth quarter with clutch third-down production and victory-clinching defensive plays.

When you’re the coach of a team that lost 42-3 to a recent two-time state champion like Owasso, you’ve got be a motivational magician to get your guys to believe they can find a way to beat that same opponent.

Josh Blankenship was a magician on Friday. During the first half, he called for an onside kick (recovered by the Tigers), he called a pass play from field-goal formation (and got a 16-yard completion and a fresh set of downs) and he called for a kickoff-return lateral pass from one side of the field to the other. The result was a 25-yard return — not a home run, but still a positive play.

By investing so much trust in his players to execute whatever he asked for, Josh conveyed the perfect message: Tonight, we’re going to try everything and we’re going to play our guts out. If we go down, we go down swinging.

What a dichotomy for Bill Blankenship. There might have been a split-second moment when he was proud of his son’s creativity and guts, but any “proud father” sentiment would be countered by the horrifying sight of Broken Arrow outplaying the heavily favored Rams.

By halftime, the temperature was 43, the wind-chill index was 40 and the Tigers had a 14-7 lead. Truth: With a couple of breaks, and if their passing game had clicked on a more consistent basis, the Tigers’ halftime cushion might have amounted to two or even three touchdowns.

Through the first half of the 10-game regular season, Broken Arrow had been beaten 38-28 by Union, 42-3 by Owasso and 31-14 by Jenks. As the schedule became much more manageable, and as Broken Arrow had a weekly advantage in speed, the Tigers defeated four Oklahoma City-area opponents and Enid by an average score of 44-18.

It all looked nice on paper, but would that momentum really mean anything in the Owasso-Broken Arrow sequel?

Absolutely, it did. All night, Broken Arrow seemed armed with a belief that it could achieve a stunning first-round upset (and the Broken Arrow program’s biggest victory since the Tigers won in the 2018 state championship game).

This Blankenship vs. Blankenship dynamic is great for the media who cover Tulsa County football, but it’s certifiably painful for the Blankenship family. Angie Blankenship — Bill’s wife and Josh’s mom — did not attend the Broken Arrow-Owasso game in September and was not at Memorial Stadium for the rematch.

Next week, for a 6AI semifinal match-up that very few expected would happen, it is presumed that Angie will be at a neutral-site stadium, seated at the 50-yard line to watch her son’s suddenly fascinating Tiger football team challenge the Union Redhawks.

The Oklahoma high school football postseason got underway this week. Broken Arrow scored the game's final two touchdowns in the victory; the r…

Broken Arrow's Maurion Horn rushed for 170 yards and two TDs as the Tigers stunned Owasso 41-40 in a Class 6AI playoff game on Friday.

Owasso's Cole Adams scored on kickoff returns on 78 and 90 yards, but the Rams were upset by Broken Arrow, 41-40.