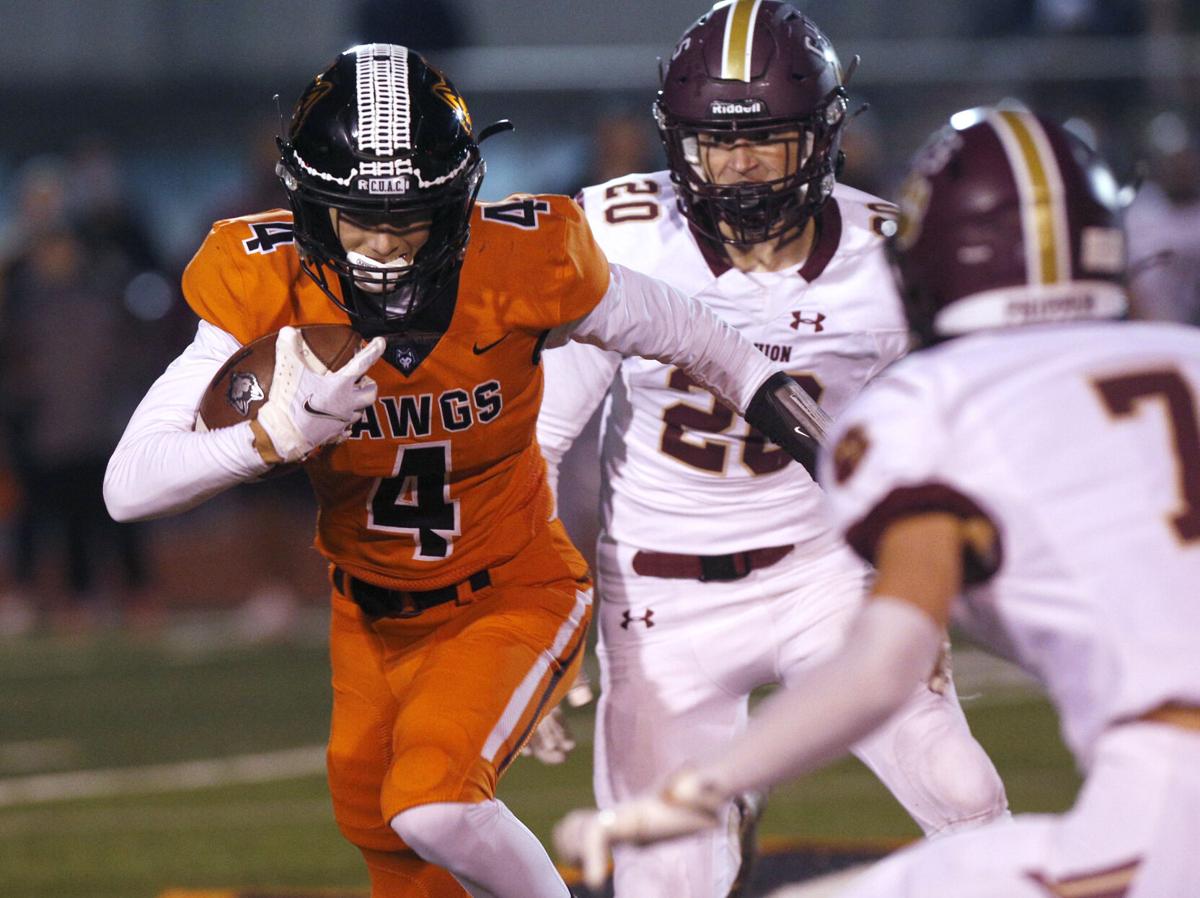 Pawhuska’s Dalton Hurd is a standout as a receiver and in the secondary. 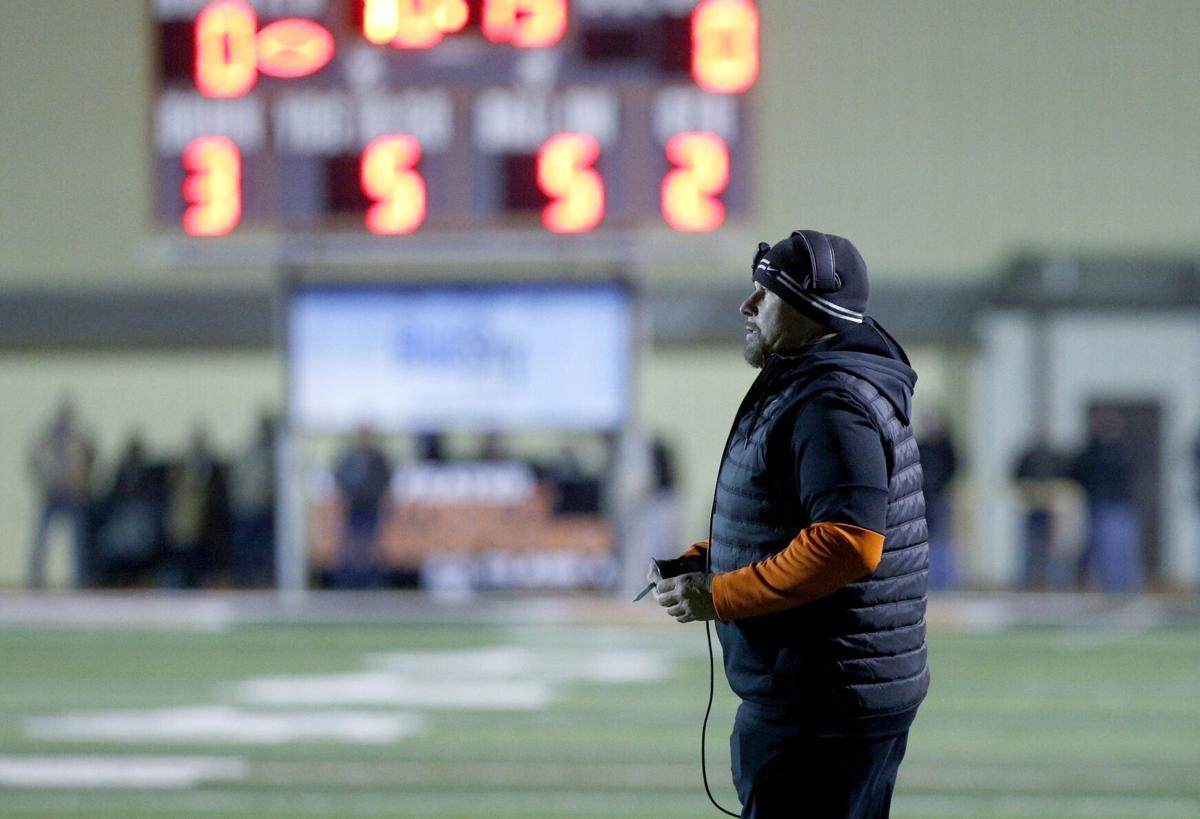 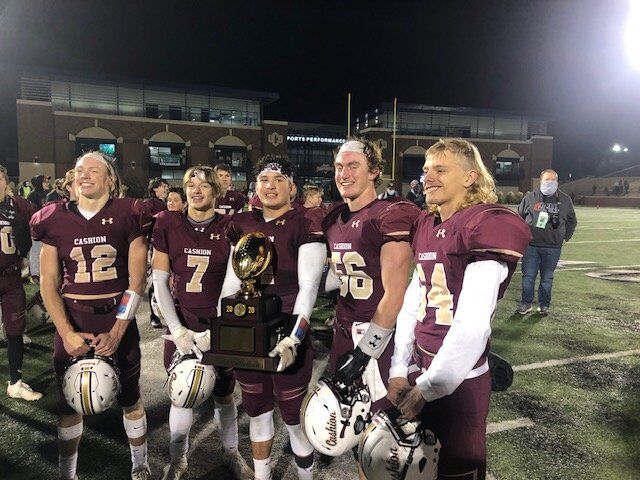 In 2020, coach Lynn Shackelford’s Wildcats became the state’s first team to go 16-0. Many of the key players return, including quarterback Ben Harman and top receivers Mason Manning, Nick Nabavi and Landon LaGasse, who caught the late touchdown in a 7-6 win over Pawhuska in the semifinals. Cashion is 49-5 over the past five seasons and was the runner-up in 2019.

Despite the heartbreaking loss in last year’s semifinals, coach Matt Hennesy’s program continued an upward trend that has followed since he inherited a program that went 4-25 from 2015-17. He took the Huskies to the playoffs in 2018 and to the quarterfinals in an an 11-2 season in 2019. North Texas quarterback signee Bryce Drummond has graduated, but his successor, brother Todd, also has Division-I potential. He also has two playmaking receivers, OSU signee Mason Gilkey and Dalton Hurd, who also can dominate as defensive backs. The defense also includes end Lesharo Wildcat, who is drawing Division-I interest, and Jack Long, who has 368 career tackles and 29 sacks.

See the preseason rankings for all classes

Seven starters return on offense and eight on defense for the Blue Devils. The 2019 state champions lost a semifinal thriller 28-27 to Thomas last year. Brayden Johnson, a standout in the 2019 state final, is a three-year starter at linebacker and running back.

Coach Corey Bales’ Wildcats went 11-3 last year and lost 20-14 to Ringling in the quarterfinals. Seven starters return on each side of the ball. Tyler Voss rushed for 1,961 yards and 34 TDs in 2020.

Camden Billy is a standout two-way lineman for coach Bob Ward’s Terriers. Another key returning starter is linebacker/offensive lineman J.T. Jones. Thomas’ trip to the state final last year was its first since winning the gold ball with a 15-0 record in 2014.

A rematch of Cashion’s 34-7 win last year’s state final when Harman ran and passed both for two TDs.

PLAYERS IN THE STATE’S TOP 25

Failure was no option for 1971 Booker T. Washington Hornets

B.T. Washington will recognize members of the 1971 team at halftime Thursday when the Hornets host Putnam West for a 7 p.m. kickoff in S.E. Williams Stadium.

Bill Haisten: As the streak is extended to 42, Bixby is at a different level of ‘special’

With the 63-point knockout of Choctaw, Bixby’s streak of 42 consecutive wins now is tied for the second-best in state history.

Beggs moves up to No. 2 in 2A; Rejoice Christian joins rankings; Pryor enters 5A elite

Pawhuska’s Dalton Hurd is a standout as a receiver and in the secondary.