Junior linebacker had six solo tackles with 3 1/2 sacks and another for a loss in a 17-14 victory over Choctaw in the Class 6AII state final. Had 2 1/2 sacks on Choctaw’s final four snaps to seal the win and also two other tackles on Choctaw’s last possession. Overcame an early deficit and received more than 1,000 votes — the most of any player of the week winner this season, surpassing the previous high of 945 set by Booker T. Washington’s Jaden King in Week 5.

Sophomore quarterback completed 31-of-41 passes for 374 yards and four touchdowns, including the winner with 47 seconds left, to lead the Patriots past Marlow 35-31 in the 2A quarterfinals. Finished second in the voting behind Bixby’s Jack Puckett as he received the most votes of any runner-up this season.

To nominate a player of the week, email Barry.Lewis@tulsaworld.com by 3 p.m. Saturday.

Will the Houston Texans be the worst team in the NFL at the end of the season?

Collinsville's Kevin Jones, other local coaches up for statewide awards

Coaches' convention back in town after a year's absence

Exhibitors at trade show say this is the place to be.

McSpadden of Oologah dominates in contest of 4A tennis title winners

Micaela McSpadden of Oologah had a unique opportunity in front of her Tuesday night.

CATOOSA — Having lost his junior year of competition a year ago due to the coronavirus pandemic, Matt Barlow of Bishop Kelley knew he would ha… 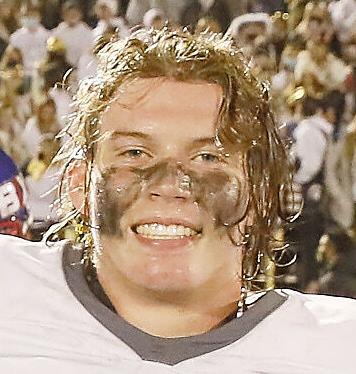 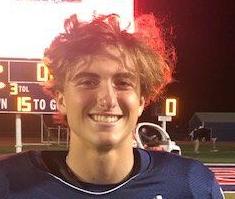