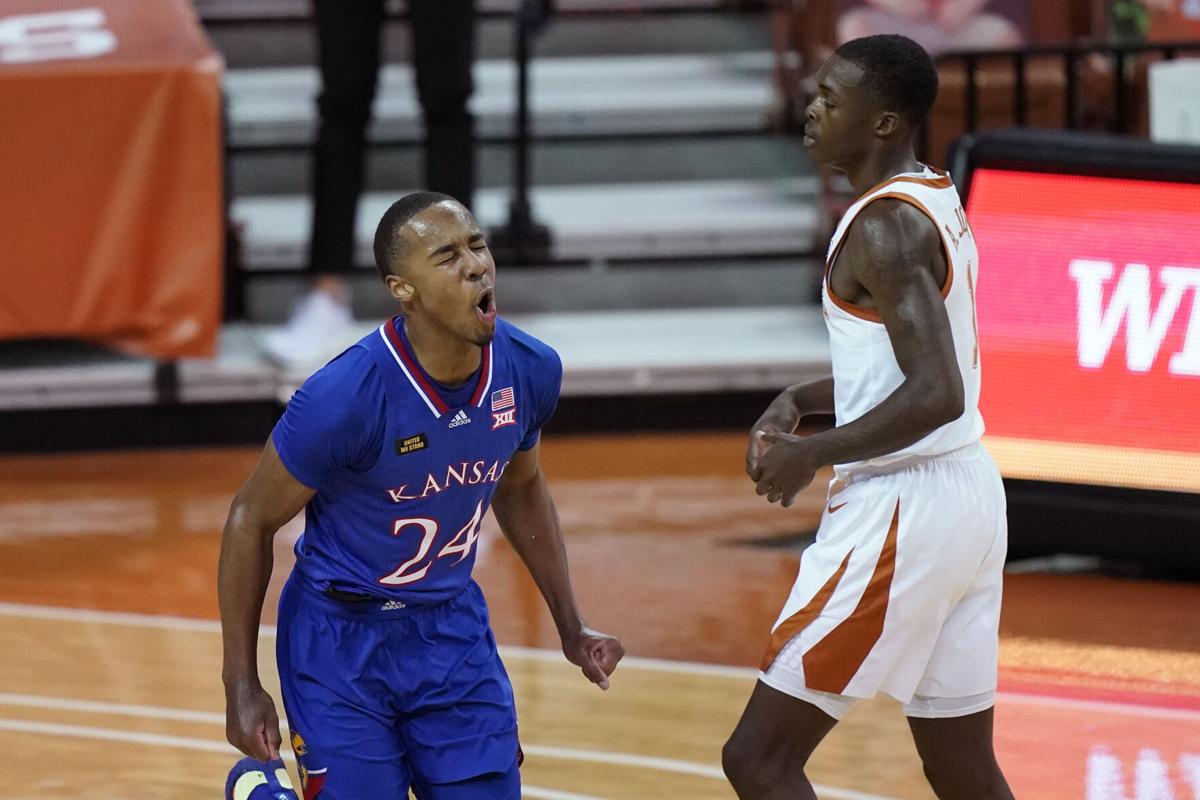 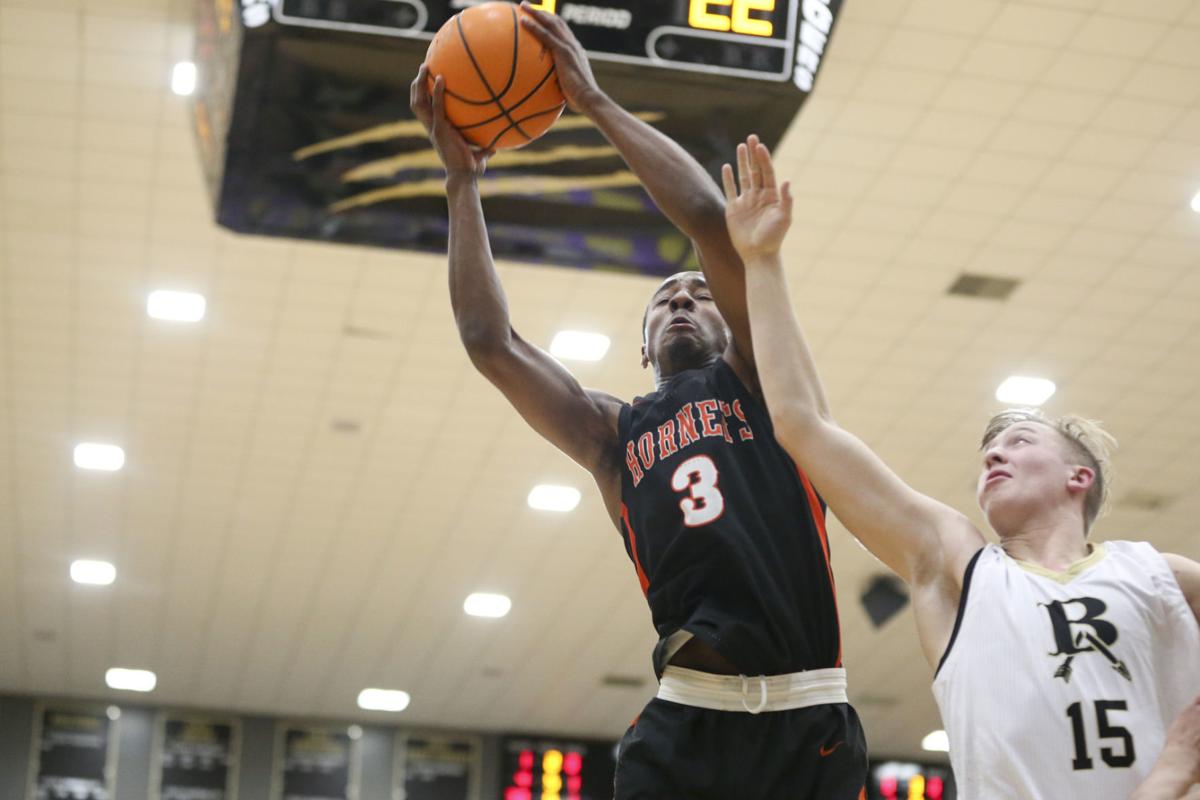 In the Booker T. Washington auditorium on Nov. 12, 2019, five-star basketball prospect Bryce Thompson addressed a standing-room-only audience while announcing his commitment to the University of Kansas basketball program.

“Coach (Bill) Self is the type of coach I want to play for,” Thompson said at the time.

After one season with Self and the Jayhawks, however, Thompson has decided to play college basketball elsewhere. The 6-foot-5, 195-pound guard announced Tuesday that he will submit his name to the transfer portal.

Tulsans of the Year: Bryce Thompson is fourth Tulsan to earn national honor

There were no immediate indications on a possible destination. The first guess here is that he soon will be on the roster of an Oklahoma school or perhaps Arkansas. Each of his parents was a University of Tulsa athlete.

Thompson tweeted a statement: “While it was a difficult year for many reasons, I am thankful to have had the opportunity to play at the University of Kansas. Thanks to Coach Self and his staff, the doctors, trainers and my teammates and the fans for your support all season long.

“With that being said, I have made the decision to enter the transfer portal.”

The 1997-98 season was Self’s first at Tulsa. His point guard was Rod Thompson — Bryce’s father. When Bryce signed with Kansas, it resulted in a nice storyline: for the first time in Self’s Hall of Fame career, he would coach the son of one of his former players.

Given the nature of the Thompsons’ relationship with Self, why would Bryce disconnect and leave such a prestigious program?

In a piece he wrote for the Tulsa World, Thompson explained his Kansas choice: “My first memory with coach Bill Self was in the Union High School gym when I was (a third-grader). Kansas was in Tulsa for a postseason game and I got to take a picture with him. That was my first time to meet coach Self in person.

“It’s crazy how it’s all come back full circle and now I’m about to sign with Kansas.”

Bill Haisten: Bryce Thompson’s rise began when he set his alarm for 5 a.m.

Within the bubble of inside information, there were signs since December that Thompson might consider a transfer after only one season. Now that it has actually happened, and that a 2020 McDonald’s All-American has become a free agent, Thompson’s portal play registers at a high level on the surprise meter.

This is a big deal for KU, for Self, for Thompson and for his next school.

If TU becomes that next school, this situation soars to a fascinating level of surprise.

The Thompson family’s University of Tulsa history extends to Bryce’s mother, Goldie Thompson, who was a Golden Hurricane volleyball athlete. While Bryce Thompson was always complimentary of TU’s basketball program, however, it never appeared that the Golden Hurricane had a real chance to sign him out of high school.

During the 2020-21 season, the best Tulsa-area high school senior was Webster guard Anthony Pritchard. Not recruited initially by TU or Oral Roberts, Pritchard signed with Tennessee Tech in November.

Pritchard recently announced that he had gotten a release from his Tennessee Tech scholarship agreement. On Wednesday, he is expected to sign with Tulsa and become the first Oklahoma high school player to have been signed by Frank Haith. The 2020-21 season was Haith’s seventh at TU.

If TU winds up with Thompson and Pritchard on its 2021-22 roster, it would be a massive blast of good fortune for the Hurricane program.

For more than 15 years, Tulsa basketball has lacked a local identity. No doubt about it — a Thompson-Pritchard backcourt would have an impact on Reynolds Center attendance.

A two-time Oklahoma Gatorade Player of the Year, Thompson partnered with backcourt mate Trey Phipps in driving Booker T. Washington to a 2019 state championship. Because of COVID-19, there was no opportunity in 2020 to defend that Class 6A title. There were no Oklahoma state basketball tournaments last year.

As a Jayhawk freshman, Thompson missed three games because of a back injury. He returned for Kansas’ Big 12 contest at Oklahoma State and was injured again that night, sustaining a broken finger that sidelined him for a month. He was activated for Kansas’ final 10 games.

Overall, Thompson played in 20 games, averaging 4.6 points and 17 minutes. He was a starter twice during the regular season and in each of the Jayhawks’ NCAA Tournament contests (a victory over Eastern Washington and a 34-point loss to Southern Cal).

Statistically, Thompson’s best game was his first game. In Kansas’ season-opening loss to eventual national finalist Gonzaga, Thompson had season-high totals in scoring (12 points on 5-of-10 shooting) and minutes played (28).

After that, there were the injuries and inconsistency with his minutes and role. In eight games, he played no more than 15 minutes. In nine games, he totaled no more than four shot attempts.

After one season on the OU roster, Phipps recently announced his transfer to Oral Roberts. As ORU was the national leader in 3-point baskets per game, and as he is proficient on 3-pointers, Phipps should be a nice fit with the Golden Eagles. At ORU’s Mabee Center, he scored 42 points during Booker T.’s 2019 championship victory over Putnam City North.

As a kid, Phipps probably got more buckets at the Mabee Center than at any other gym. He was there all the time. His father, Conley Phipps, was an ORU assistant coach for 15 seasons.

After Phipps decided to leave OU, his Oral Roberts decision was almost immediate. A Bryce Thompson decision should be revealed within a few days.