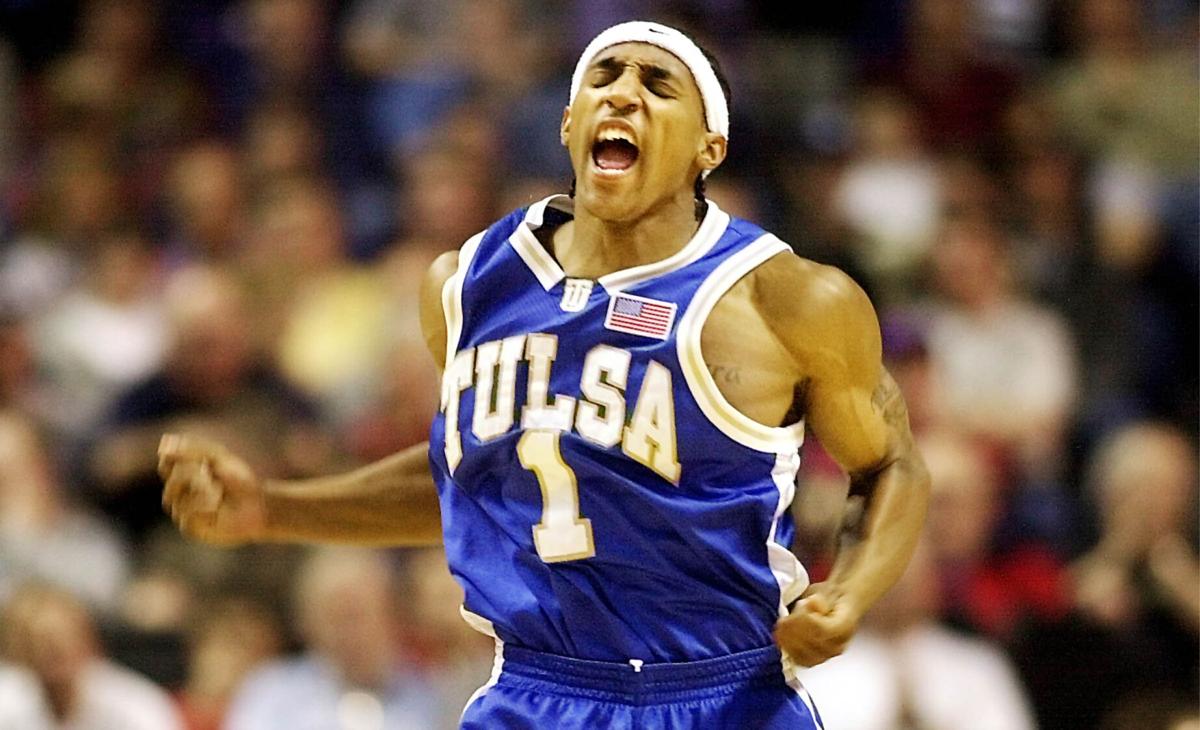 Tulsa’s Dante Swanson celebrates a victory over Dayton in the 2003 NCAA Tournament. 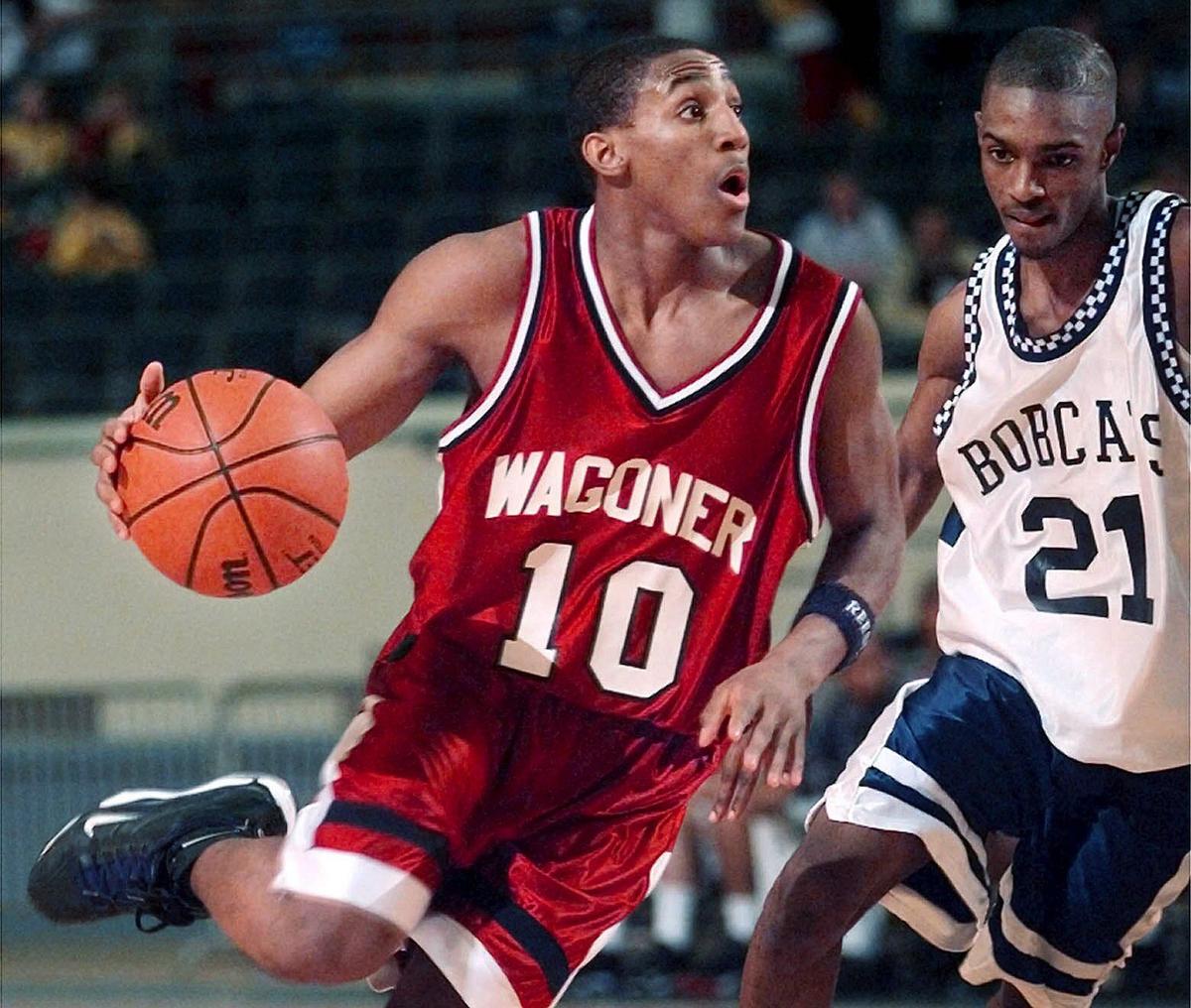 Wagoner’s Dante Swanson (10) drives during the 1999 Class 4A state tournament. 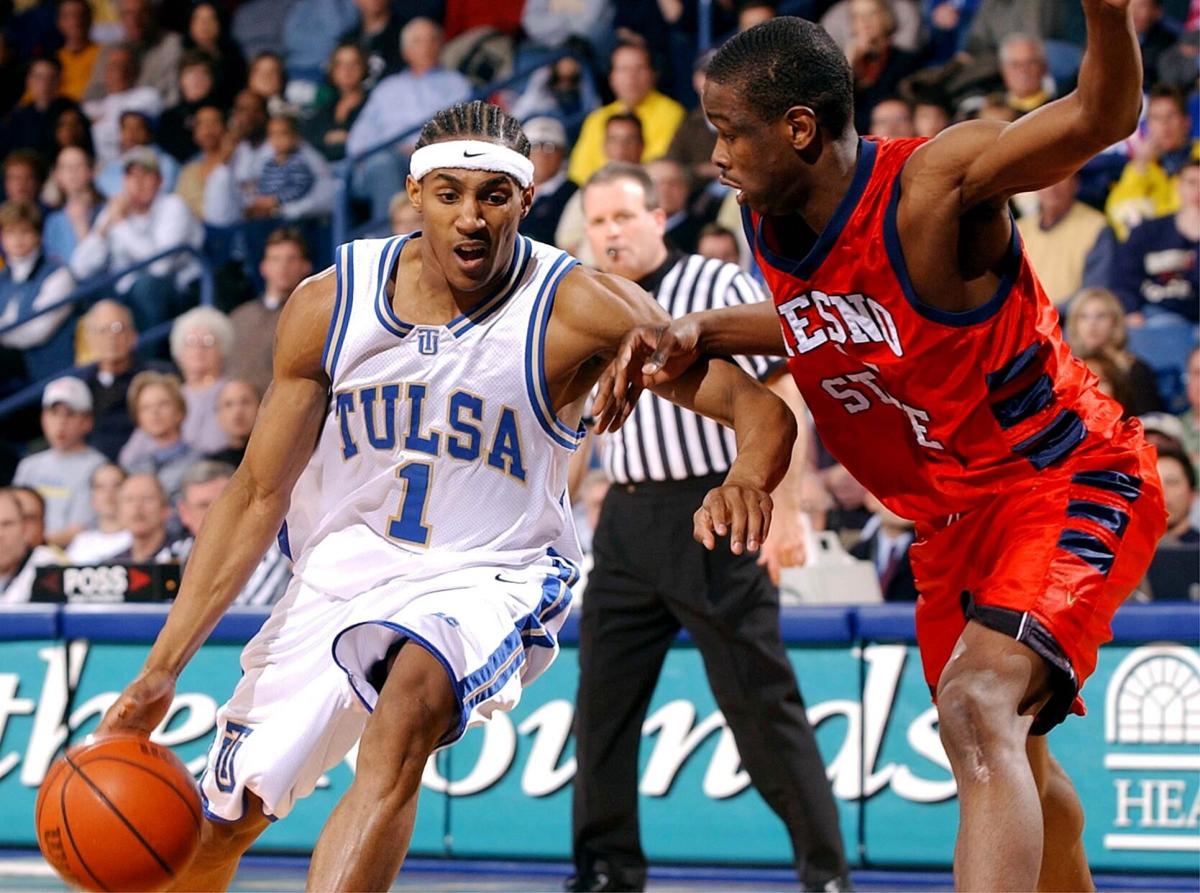 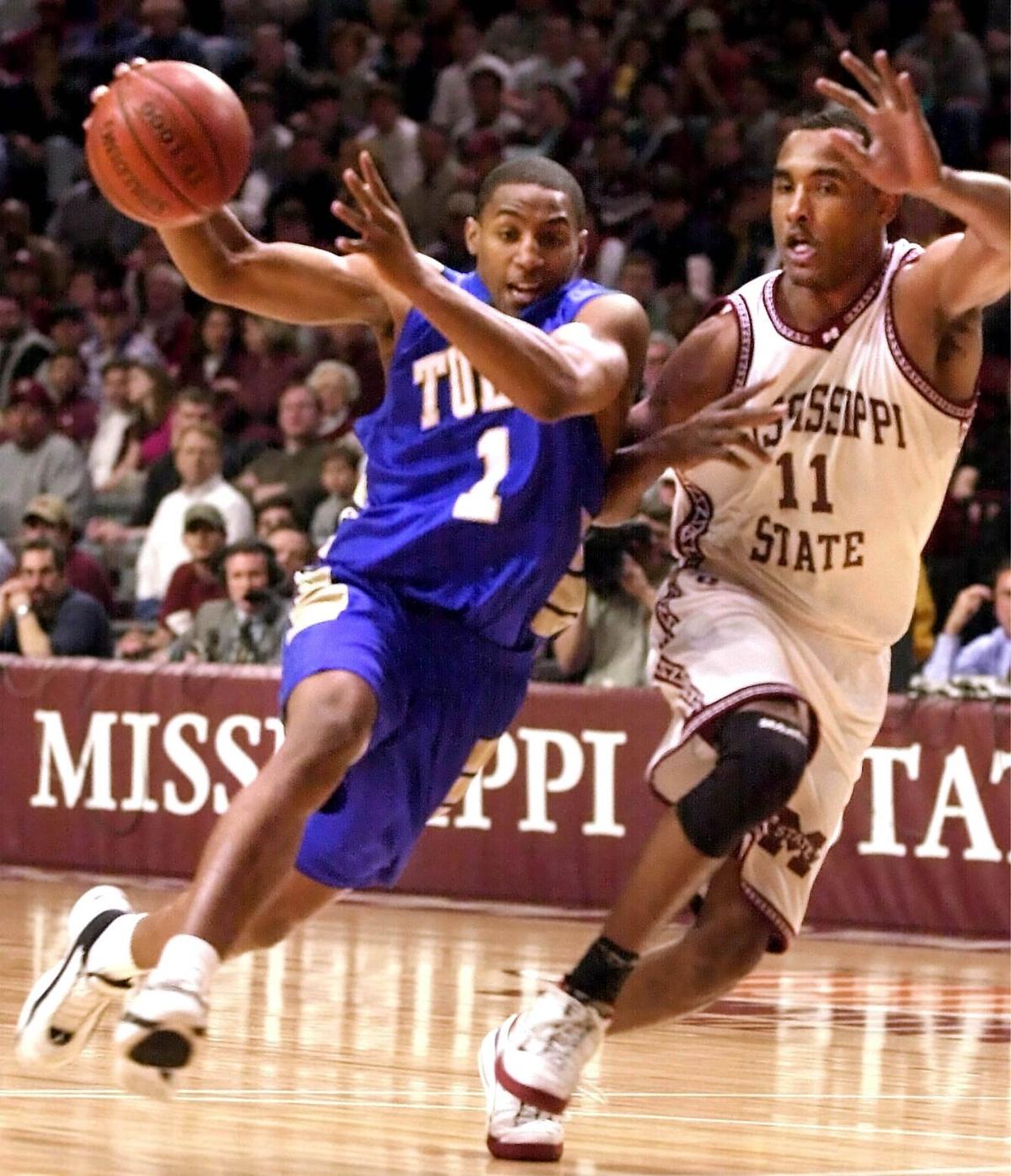 Wagoner athletic director Dale Condict announced Swanson’s promotion Tuesday afternoon. Swanson, 40, is a 1999 Wagoner graduate and has been an assistant with the program.

“He’s more than qualified,” Condict said. “It was a real easy decision for us. We put the ball in his court. He’s from here, he’s a hard worker, he loves the kids, loves the game of basketball and the community, and he’s already been helping us. Besides basketball, he’s been part of our Summer Pride program that involves all sports. He played a part in our football success.”

Swanson said he’s “nervous and excited,” about his first head coaching opportunity. He succeeds Zack Ange, who resigned last week after seven seasons to return to his alma mater, Cache, as girls basketball coach after leading Wagoner to its first boys area tournament since 2010.

“I was talking with coach Condict and he said you’ll never feel fully ready for that first job,” Swanson said. “I was real comfortable as an assistant and no one expected that Ange would leave. If I was going to be a head coach, this was the time. I’ve been here 4-or-5 years and am very familiar with the players. We’ve got some unfinished business and I would like to see us get back to state.”

Swanson, a 2018 Wagoner Athletic Hall of Fame inductee, was a 1999 All-State selection as he averaged 21.7 points to help the Bulldogs finish as the Class 4A state runner-up. That was Wagoner’s most recent appearance in the state title game.

Swanson then played 12 pro seasons in Europe and was the 2010 Polish Cup MVP before returning to Wagoner.

He will get the opportunity to coach his son, Dante, who will be a freshman next season.

“This is an exciting hire that many will take notice of,” Condict said.

Jarreth Ingram and Connor Hislop led NOAH with 18 points each in the title game.

Swanson, a 2018 Wagoner Athletic Hall of Fame inductee, was a 1999 All-State selection as he averaged 21.7 points to help the Bulldogs finish as the Class 4A state runner-up. He then had a stellar career at Tulsa.

The former longtime Memorial assistant plans to remain in coaching.

Mann helped lead the Rams to their first state tournament berth since 2015. Collinsville's Todd Anderson is a coach for the Large East.

Tulsa’s Dante Swanson celebrates a victory over Dayton in the 2003 NCAA Tournament.

Wagoner’s Dante Swanson (10) drives during the 1999 Class 4A state tournament.