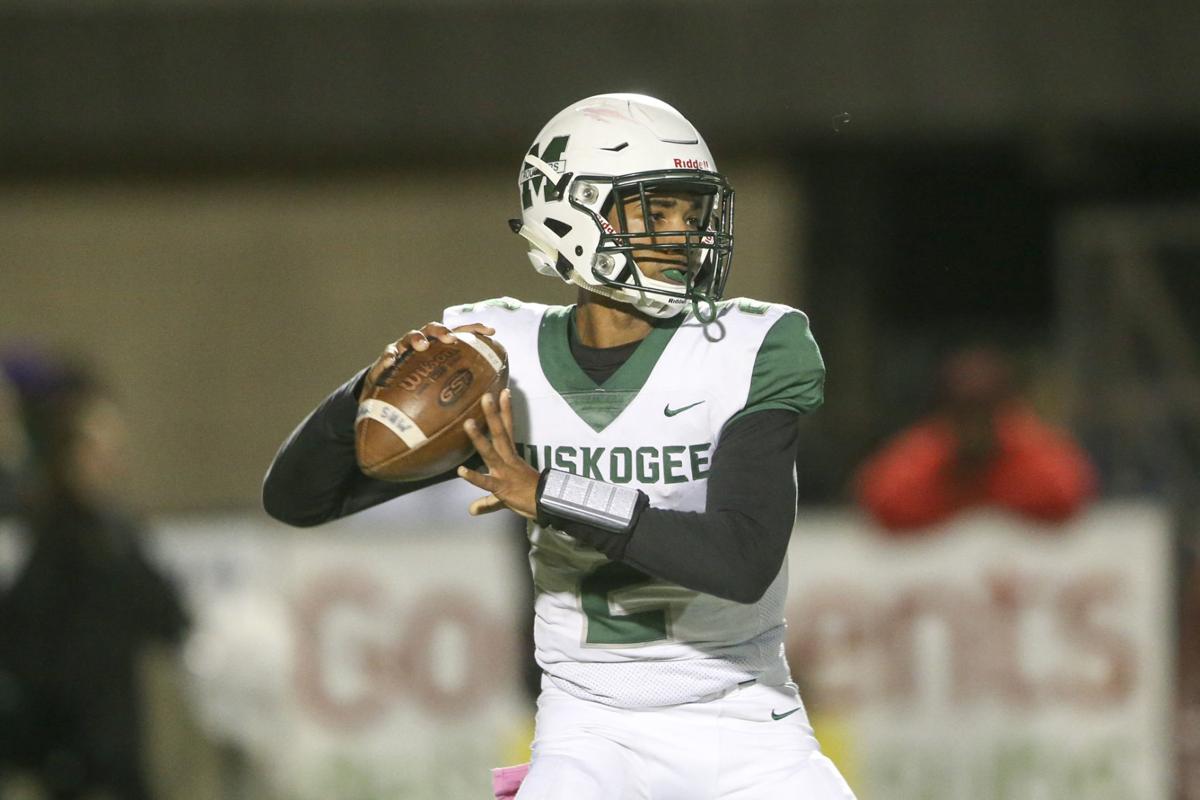 Ty Williams is a quarterback standout for the Muskogee Roughers, but he’s also good at taking the ball away from opponents. He had five interceptions as a sophomore and nine more as a junior. IAN MAULE/Tulsa World 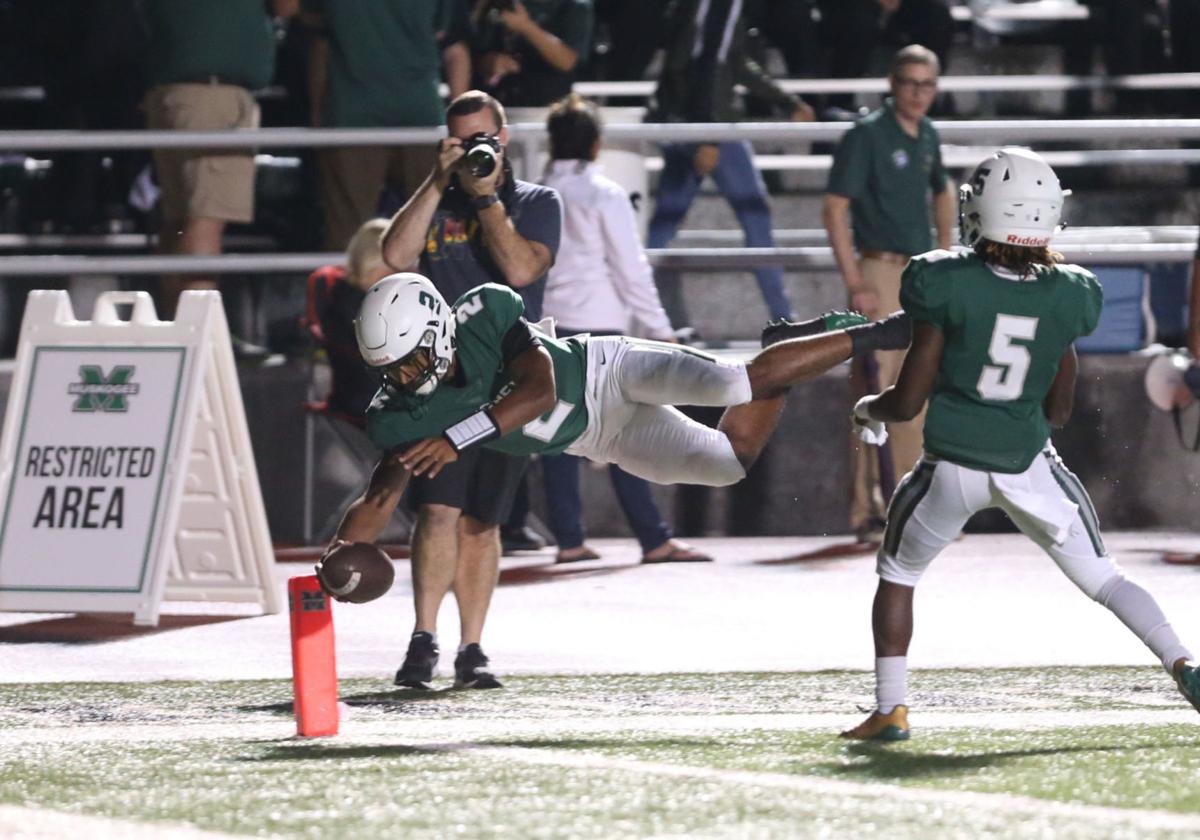 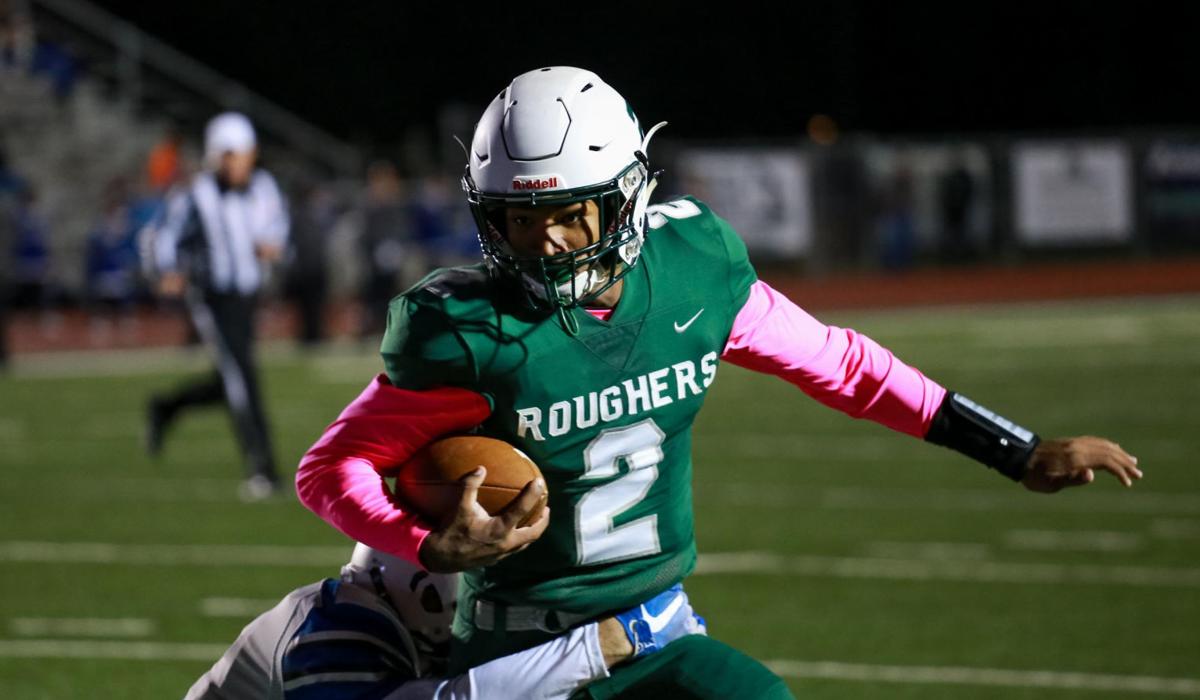 Ty Williams is a quarterback standout for the Muskogee Roughers, but he’s also good at taking the ball away from opponents. He had five interceptions as a sophomore and nine more as a junior. IAN MAULE/Tulsa World

If Ty Williams were to write a book about his high school football career, a good title might be “The Art of the Steal.”

The Muskogee High standout is a two-year starting quarterback, but he also has a talent for taking the ball away from opponents.

Williams intercepted five passes as a sophomore and nine more as a junior, his first full season to start in the defensive backfield.

Roughers coach Rafe Watkins said he’s had players who intercepted 14 passes in a career, “but never one who had 14 before his senior season.”

It’s a big number, and recruiters have noticed. Williams has scholarship offers from Tulsa, Oklahoma State, Arkansas and 17 other Division I programs, making him the most recruited Roughers football player since Jameel Owens in 2008.

“It’s exciting, but I’ve worked really hard and I kind of expected it,” Williams said. “It is a major blessing, and all the glory to God.”

“He’s worked his tail off and he’s earned everything he’s getting,” Sexton said. “He’s just a special human being, as far as carrying a high GPA, being on time for everything he does and doing the little things correctly. He’s the total package.”

Recruiters see a 6-foot-1, 190-pound package that seems like a prototype free safety — a smart, tough operator who is able to quickly diagnose where a play is headed and arrive at the same point with shattering impact.

Watkins said one of the best things Williams does is “high-point the football.” It happens when the ball is thrown high to a tall or acrobatic receiver and the defensive back outleaps him and takes it away.

Williams made such a play to save a 19-12 win at Midwest City and another against Bixby’s explosive Brennan Presley. He would have had two interceptions against the Spartans, but a Roughers penalty negated the second.

Other recruiters like Williams’ ability to deliver sledge-hammer blows on receivers and ball carriers. A linebacker in junior high, he said, “coming downhill to make a hit” is one of his favorite things about playing free safety.

“When we sent out a video of his ‘physicality’ plays, that’s when the (recruiters) really got excited,” Sexton said.

Williams has sub-4.6 speed in the 40-yard dash and a vertical jump estimated by Sexton to be 33 to 35 inches. Williams developed the leaping ability playing basketball, which he favored over football in junior high.

Sexton brought Williams along swiftly last season at free safety, which he had played only sparingly before. But much of what Williams does as a pass defender is instinctual. He proved that as a sophomore.

Wary of putting too much strain on their first-year quarterback in 2018, the Roughers used Williams on defense only as an extra deep back at the end of halves to prevent ‘Hail Mary’ passes being caught in the end zone. Williams played fewer than 10 defensive snaps all season, but still totaled five interceptions.

“He’s just a ball hawk, no doubt about it,” Sexton said. “He studies a lot of film, he reads what he’s supposed to read, and he just goes up and takes the ball away.”