Here are the best high school football players in the state of Oklahoma.

The year: Helped the Class 6AI semifinalist Rams average 380 yards per game en route to an 11-1 record. Owasso coach Bill Blankenship said, “Dillon was a late bloomer. He didn’t play much varsity until his junior year and became a great player. Dillon really was our offseason leader and he’s our example of what you can do if you put your mind to it in the weight room.”

The year: Selected for the 2021 All-American Bowl. A starter on both sides of the line and was recruited by colleges as an offensive and defensive lineman. Led Thomas to a 12-2 record. Had four solo tackles and six assists with a half-sack in a loss to Cashion in the Class A state final. Produced 91 tackles in 14 games and 162 tackles over the past two seasons.

The year: Finalist for All-World offensive player of the year. Rushed 203 times for 1,349 yards and 23 TDs to help the Trojans win the 6AI state title. Caught 21 passes for 262 yards and three touchdowns. At safety, recorded 45 tackles with five sacks. Intercepted three passes with a Pick-6. Had 173 yards and a TD in the state final against Edmond Santa Fe.

The year: Led an offensive line that allowed only one sack in the last eight games en route to the 6AI state title. Jenks coach Keith Riggs said, “What a great year Logan had. With his great frame and his work in the offseason that made him bigger and stronger, he made the transition from a finesse blocker to a physical blocker who could finish off blocks.”

The year: Scored TDs as a receiver, passer, rusher, DB and on a fumble recovery. In his first season as a varsity receiver, had 34 catches for 839 yards and 12 TDs. An All-World defensive player-of-the-year finalist, had three interceptions, including a pair of Pick-6s, and 26 tackles. In a win over Edmond Santa Fe in the 6AI state final had five catches for 101 yards with two TDs.

The year: Led a line that paved the way for Qwontrel Walker becoming the large-school career rushing leader Helped the Pioneers have an undefeated regular season and reach the 6AII semifinals. Stillwater coach Tucker Barnard said Petermann is “a dominant offensive lineman” with “great athleticism” and a “great player.”

The year: Finalist for All-World offensive player of the year. Was the undefeated Spartans’ leading rusher and receiver. Gained 1,744 yards on 222 carries and 727 yards on 57 catches. Scored twice on punt returns. Had 37 TDs overall. Produced 413 all-purpose yards and five TDs on ESPN against Booker T. Washington. Rushed for 218 yards and a TD in a 17-14 win over Choctaw in the 6AII final.

The year: Caught 61 passes for 1,152 yards and 14 touchdowns to help the Wolves reach the state final for the first time since 2003. Averaged 32.6 yards on 12 kickoff returns with one TD. In the secondary, had two fourth-quarter interceptions in a 21-14 win over Union in the 6AI semifinals. Had eight receptions for 178 yards and two TDs against Westmoore in the quarterfinals.

The year: Helped the Timberwolves reach the 6AI quarterfinals. NN coach Justin Jones said, “Jeremiah has shown tremendous growth over the last three years. He plays with great feet and leverage, is a natural bender and played exceptionally well against the very best teams. It is hard to find linemen with his size and wing span, that can also move their feet.”

The year: Finalist for All-World offensive player of the year. Had 219 rushes for 1,909 yards and 32 TDs in nine games as the Pioneers reached the 6AII semifinals. Became the all-time leading rusher in state large-school history with 7,630 yards and had 112 TDs. Rushed for 284 yards and four TDs in a win over 6AII semifinalist Midwest City. A World All-State selection last year.

The year: Finalist for All-World offensive player of the year. Completed 173-of-274 passes for 2,387 yards and 27 touchdowns to lead the 11-0 Spartans to their third consecutive 6AII state title. Passed for five TDs and 258 yards in a 42-35 win over 6AI champion Jenks. Connected on 19-of-22 passes for 387 yards and seven TDs against Bartlesville. Set Bixby career record for passing TDs (110). Won his final 36 starts.

The year: Recorded 79 tackles with 13 sacks and three turnovers to help the Yellowjackets reach their first state title game since 1960. Had an interception and a pass deflection in the Class 6AII state final. Scored on a punt he blocked in a 26-22 win over Booker T. Washington. Has offers from Oklahoma State and several other majors.

The year: Produced 120 tackles, seven sacks and four interceptions, including a Pick-6. On offense, caught 38 passes for 648 yards and 10 touchdowns plus had a rushing TD as he helped Beggs reach the Class 2A semifinals. An All-World first team selection for the second consecutive year. Selected for the 2021 All-American Bowl.

The year: Rushed 210 times for 2,010 yards and 34 TDs to help the Bulldogs win the 4A state title. Also scored a TD as a receiver and on an interception return. On defense, had 42 tackles and four interceptions. Scored the winning TD on a 72-yard run with 1:40 left against Tuttle in the quarterfinals. Had five TDs on 10 carries against Sallisaw in a playoff opener.

The year: Finalist for All-World defensive player of the year. Recorded 161 tackles with nine sacks plus three interceptions and three fumble recoveries to help the Patriots win their second state title in a row. On offense, had 27 catches for 464 yards and four TDs. In the 2A final against Washington, he was involved in 24 tackles with 10 solos; had 7½ for losses and a TD reception.

The year: Finalist for All-World defensive player of the year. Was among the nation’s leaders with a school-record 11 interceptions in 12 games to help the Rams reach the 6AI semifinals. Picked off three passes against Union and Edmond North. Scored on a 67-yard interception return against Union. Set an Owasso career record with 19 interceptions.

The year: Opponents rarely threw on the cornerback’s side of the field. Had four interceptions and 84 tackles as he helped the 6AII Yellowjackets reach their first state final in 60 years. Along with teammate Desean Brown they led a defense that held 6AII champion Bixby to an average of 20.5 points in two meetings — Bixby averaged 55.3 points in its other nine games.

The year: Finalist for All-World defensive player of the year. Was involved in 94 tackles, including 41 for losses, plus had 41 QB pressures, 15 sacks and five forced fumbles in 12 games to help the undefeated Dutch win its first state title. Selected as the World’s defensive MVP in the 3A state final as he had nine tackles with 3 1/2 for losses against Lincoln Christian. Career — 357 tackles, 120 for losses, 44 1/2 sacks.

The year: Finalist for All-World defensive player of the year. Recorded 13 sacks plus 17 more tackles for losses and 38 QB pressures in 12 games to lead the 4A champion Bulldogs’ defense that posted six shutouts and never allowed more than 14 points in a game. Had a sack in a 42-13 win over Clinton in the state final. Produced eight tackles with two for losses plus a sack and a QB pressure in a shutout playoff win over Sallisaw.

The year: A World All-State two-time selection. Recorded 105 tackles with three sacks and two turnovers in 11 games as he shared 6AI-2 district player of the year honors with Union’s AJ Green and helped the Rams reach the state semifinals. Had a season-high 10 solo tackles in a win over Norman North. Was involved in a season-high 13 tackles against Union and Putnam City.

The year: A two-time World All-State selection. Had 56 tackles with 12 sacks in 11 games to help Vian post a 9-2 record. Also had three fumble recoveries, including one for a touchdown. Averaged 31.7 yards on nine punts. Career — 319 tackles, 40 sacks, five fumble recoveries with two TDs, and scored on both his interceptions.

The year: Selected to the 2021 All-American Bowl. Kicked six field goals with a long of 49, converted 24-of-24 extra points and averaged 35.5 yards on 46 punts. Also completed all four of his passes for 59 yards, including 2-of-2 against Union. Kohl’s ranked him as the nation’s No. 2 kicker entering the season and he was on USA Today’s All-American preseason second team.

Coach of the year

In three seasons since being named Allan Trimble’s successor, Riggs has compiled a 31-8 record and led the Trojans to a Class 6AI state title and two runner-up finishes. Guided the Trojans to a 12-1 record and the gold ball in 2020, ending the season with 11 consecutive wins. Has been on the Jenks coaching staff since 2003 and helped the Trojans win eight state titles. Was defensive coordinator from 2010-17, a stretch that included four gold balls from 2012-15. The member of the Owasso Athletic Hall of Fame at his high school alma mater, was an All-State selection in 1983, later played at Northeastern A&M and graduated from Oklahoma State.

Players of the Year

Coaches of the Year

2020-21 All-World wrestling: Meet the athlete of the year finalists and see the rest of the first team and honorable mention

Here are the best wrestlers in the Tulsa area. The 2020-21 All-World event, presented by Bill Knight Automotive, will be June 29.

2020-21 All-World boys swimming: Meet the athlete of the year finalists and see the rest of the first team and honorable mention

Here are the best boys swimmers in the Tulsa area. The boys swimmer of the year will be announced at the 2020-21 All-World event, presented by Bill Knight Automotive, will be June 29.

2020-21 All-World girls swimming: Meet the athlete of the year finalists and see the rest of the first team and honorable mention

Here are the best girls swimmers in the Tulsa area. The girls swimmer of the year will be announced at the 2020-21 All-World event, presented by Bill Knight Automotive, will be June 29.

Bowman, with a 150-127 record, has the second most wins in Webster history behind Bill Allen.

Pitched his third no-hitter of the season, striking out 13, and was named player of the week for the second time in 21 days.

Broken Arrow is led offensively by forward Brianna Castleberry, who scored the insurance goal against Booker T. Washington and tops the squad with 22. 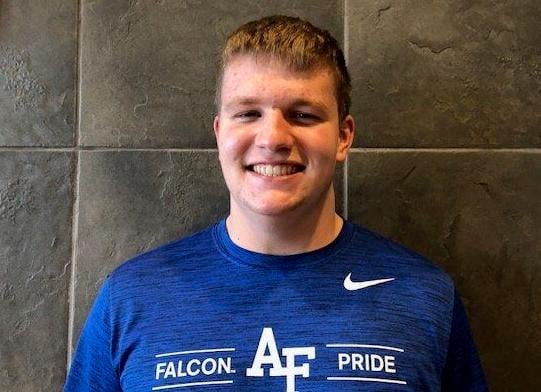 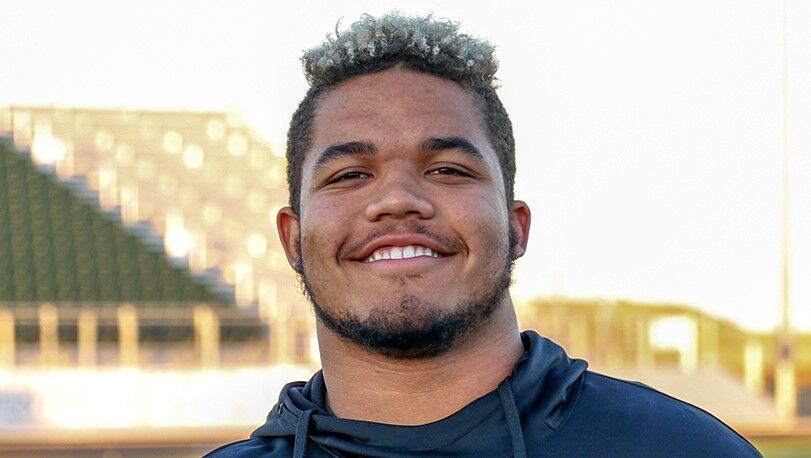 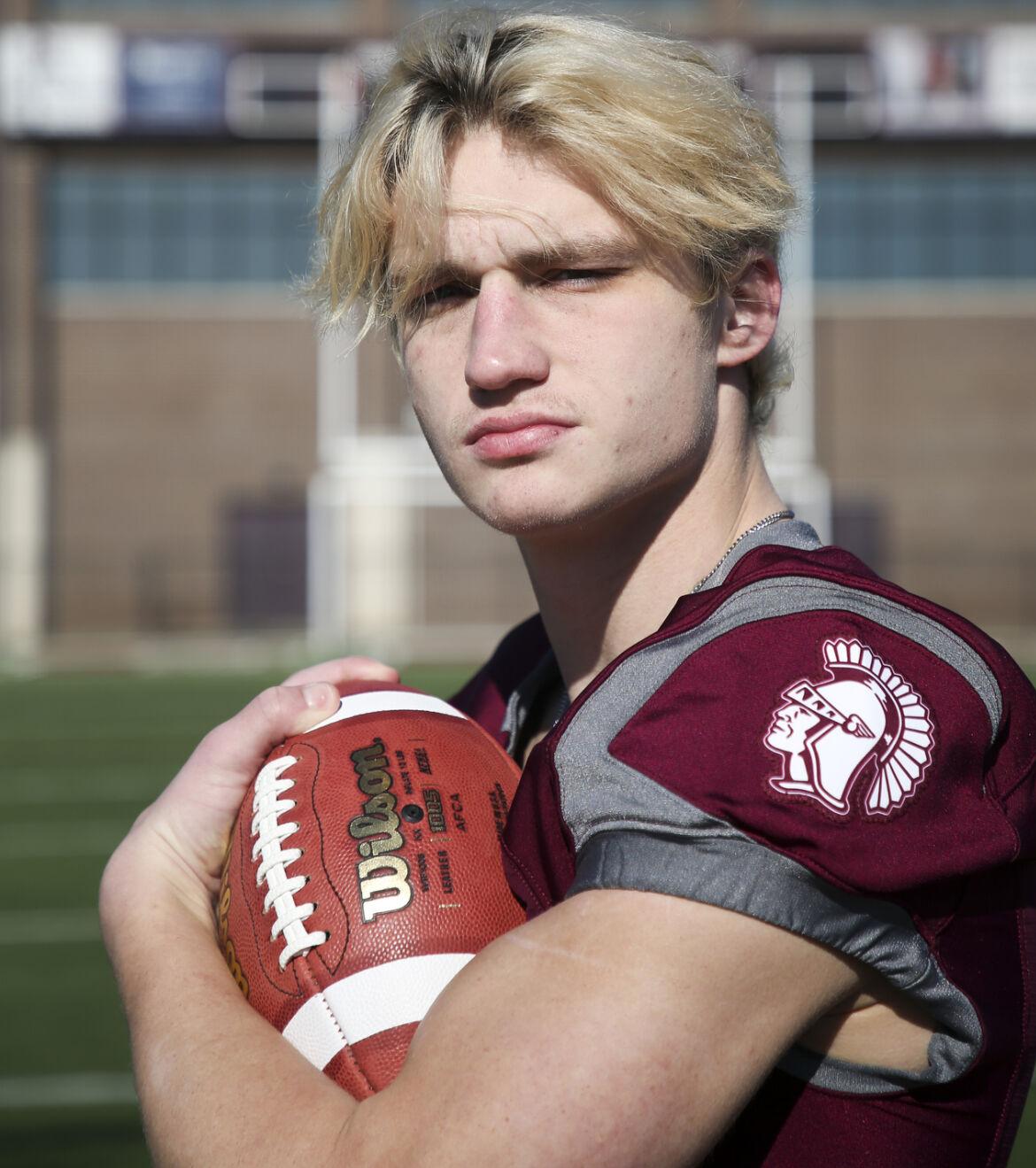 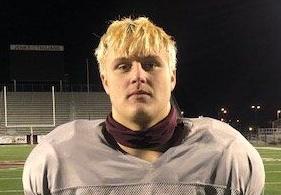 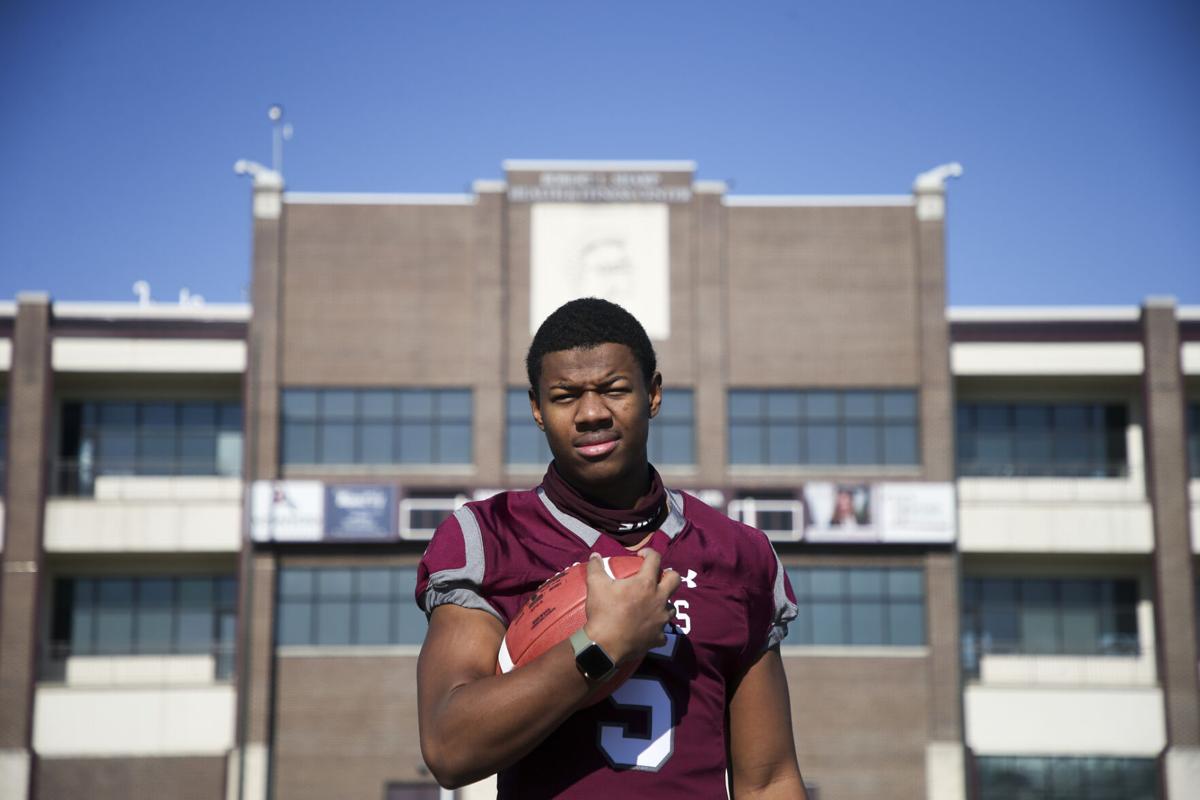 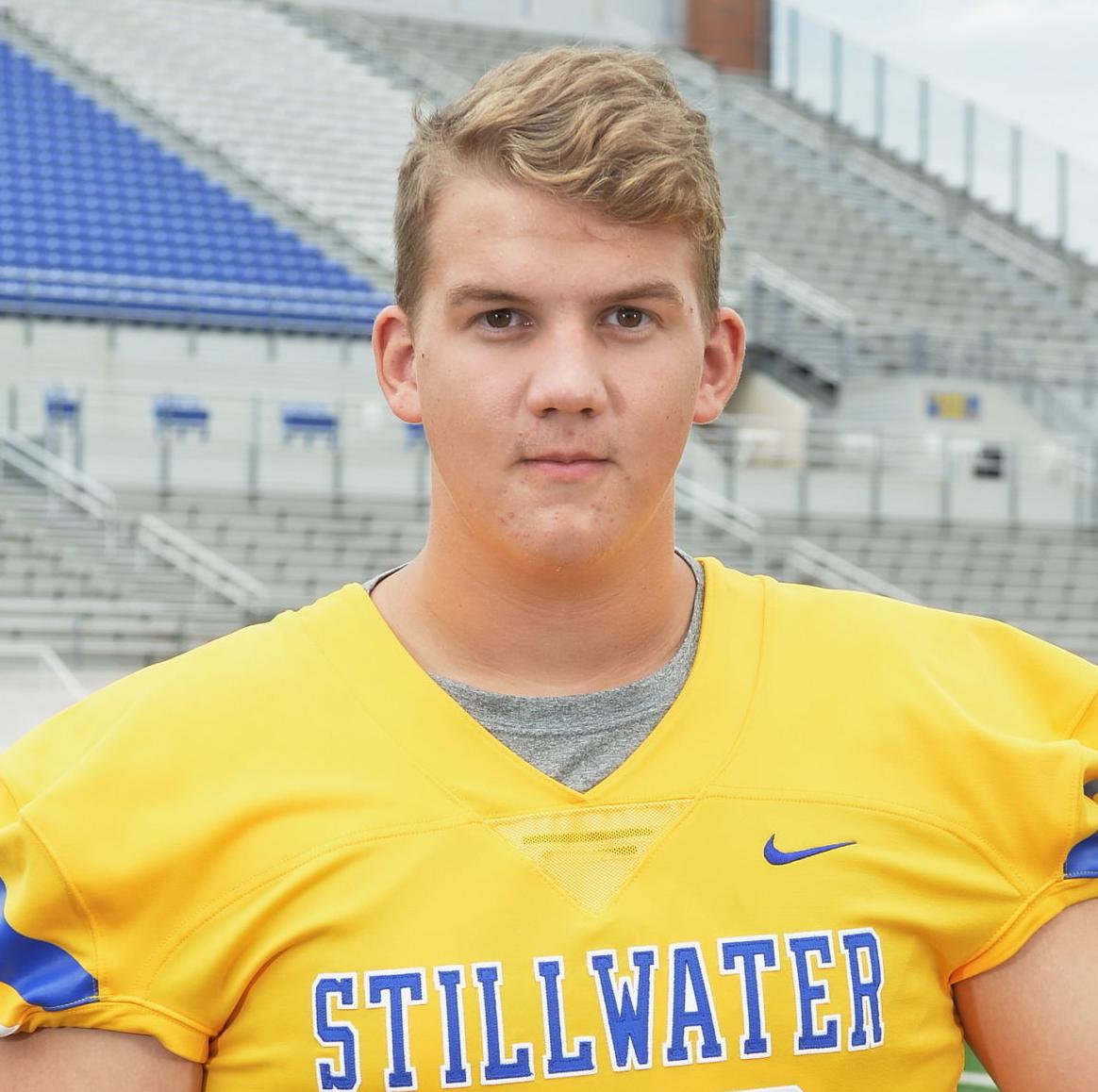 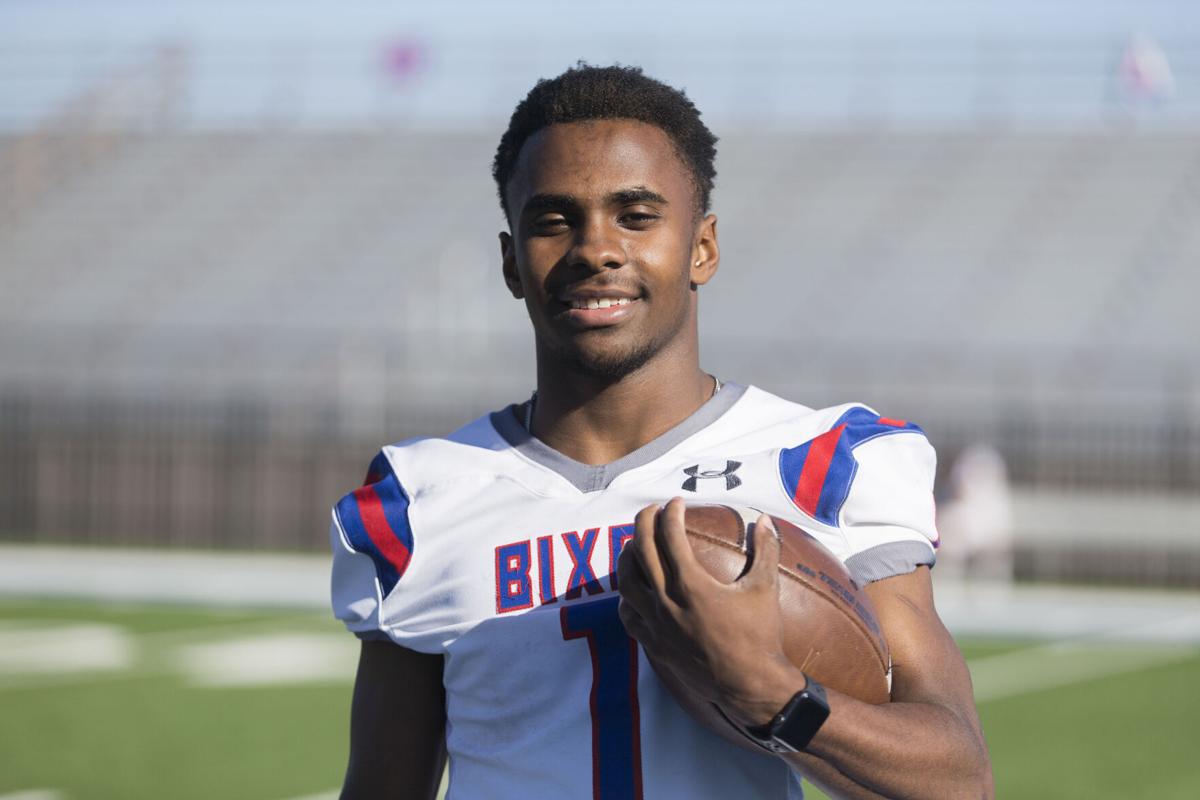 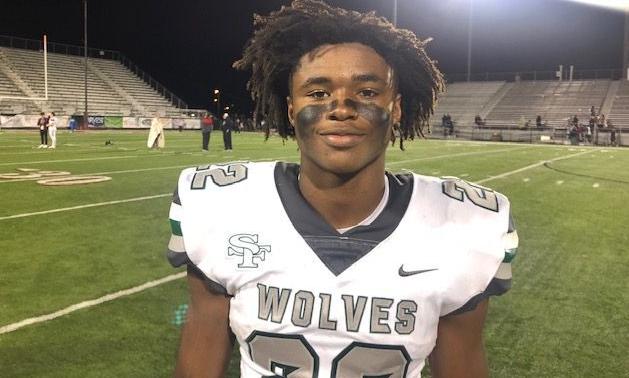 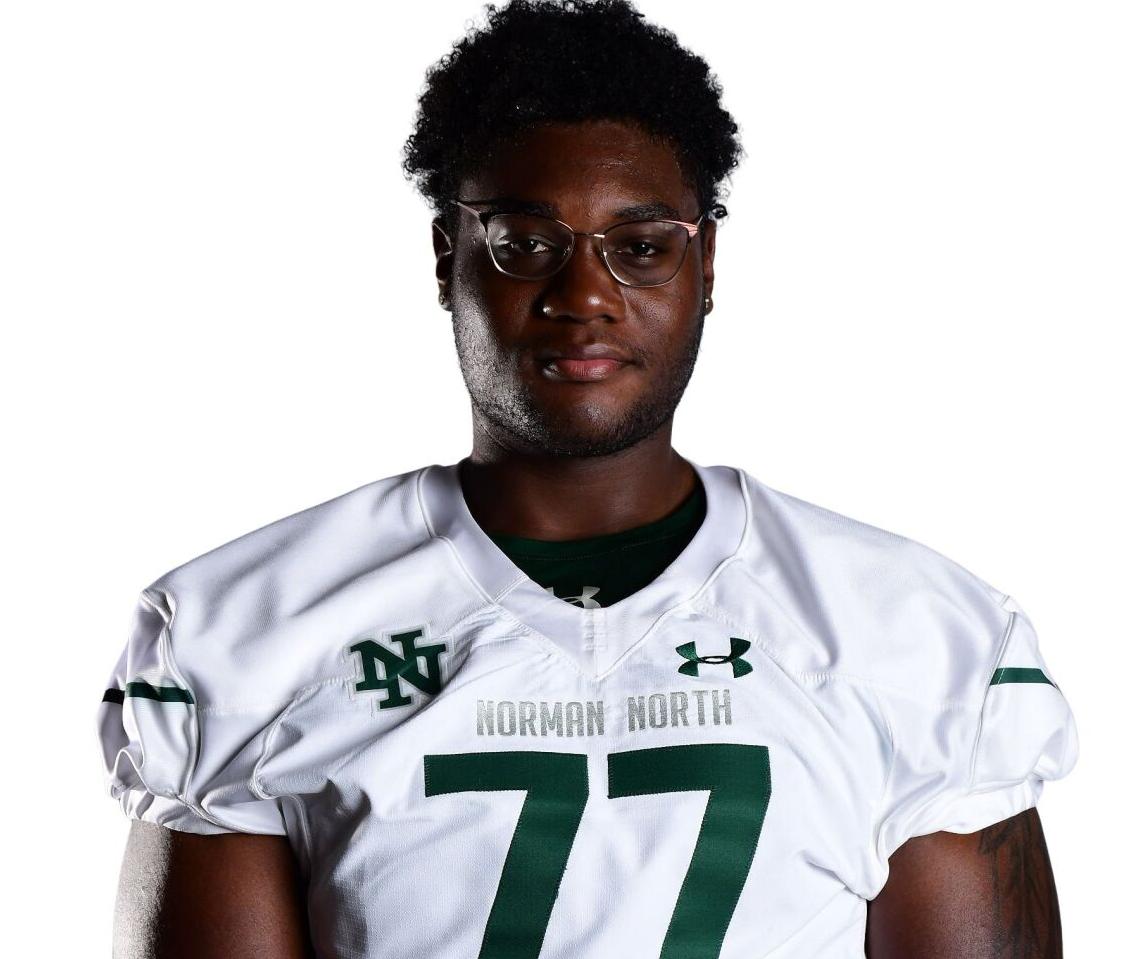 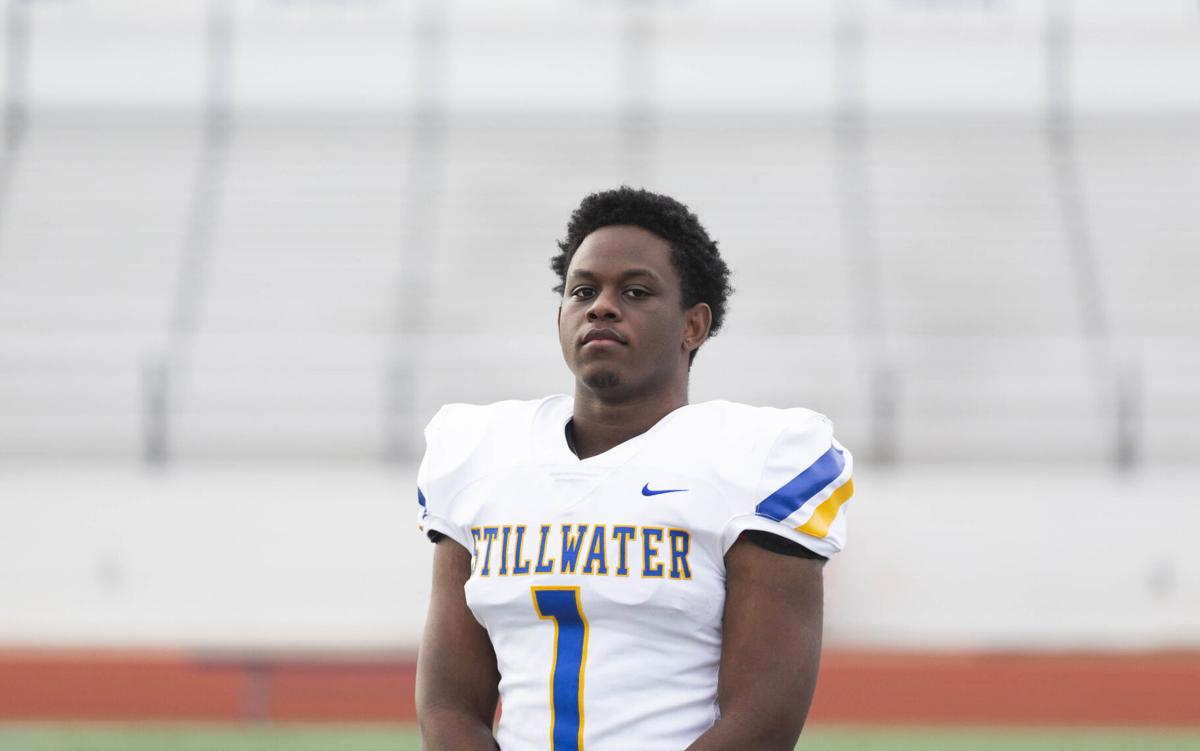 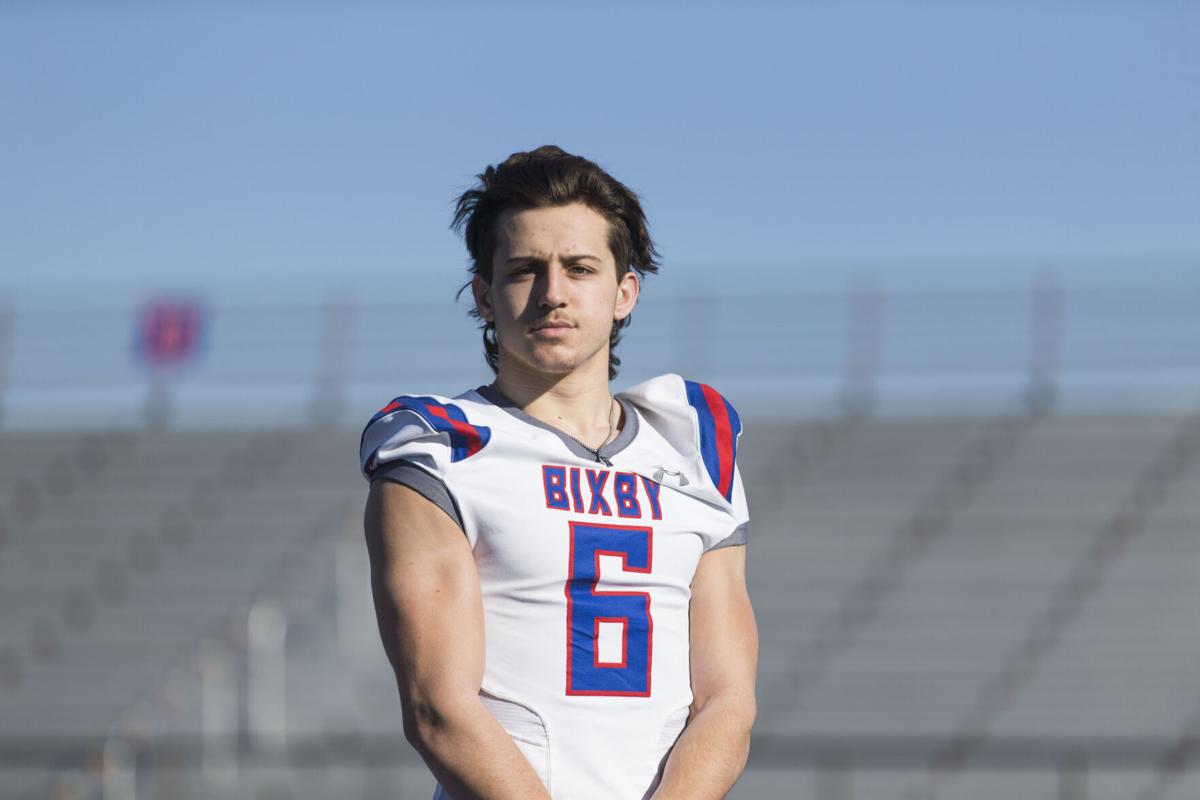 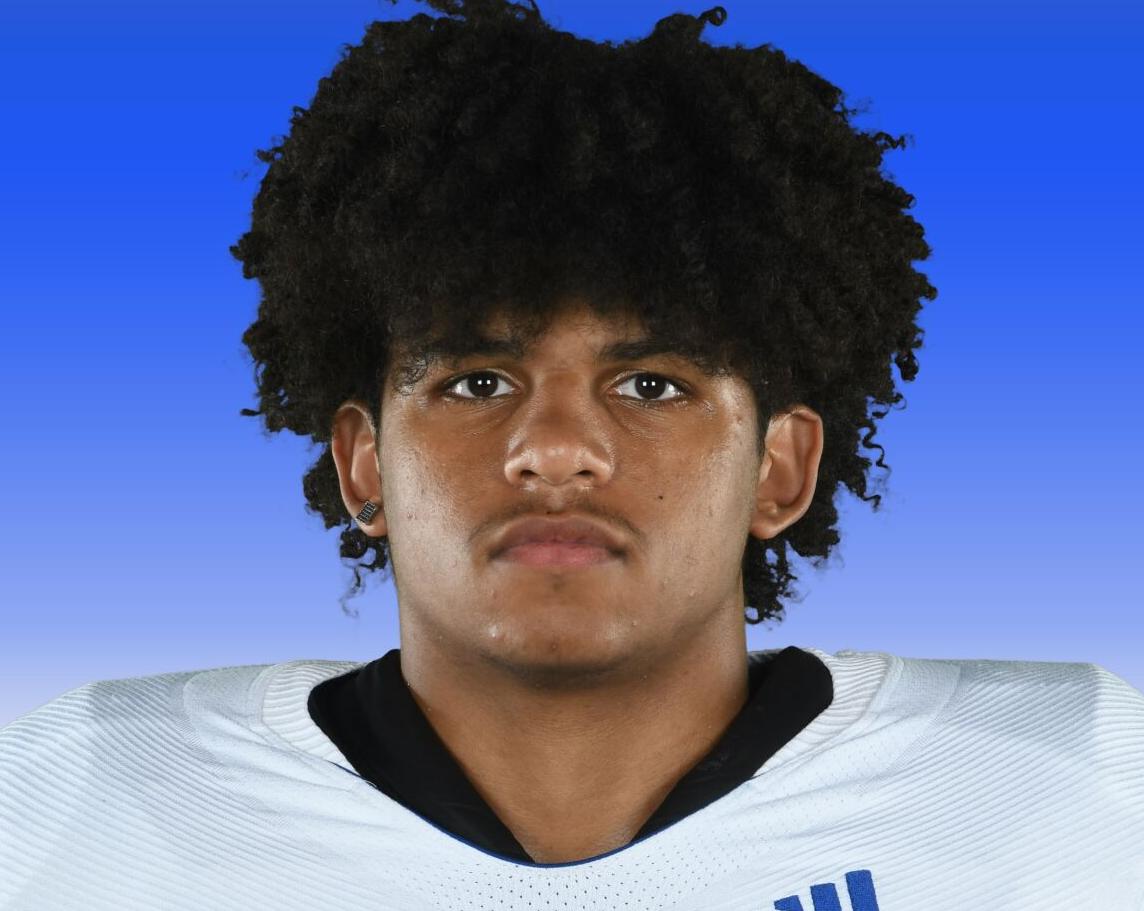 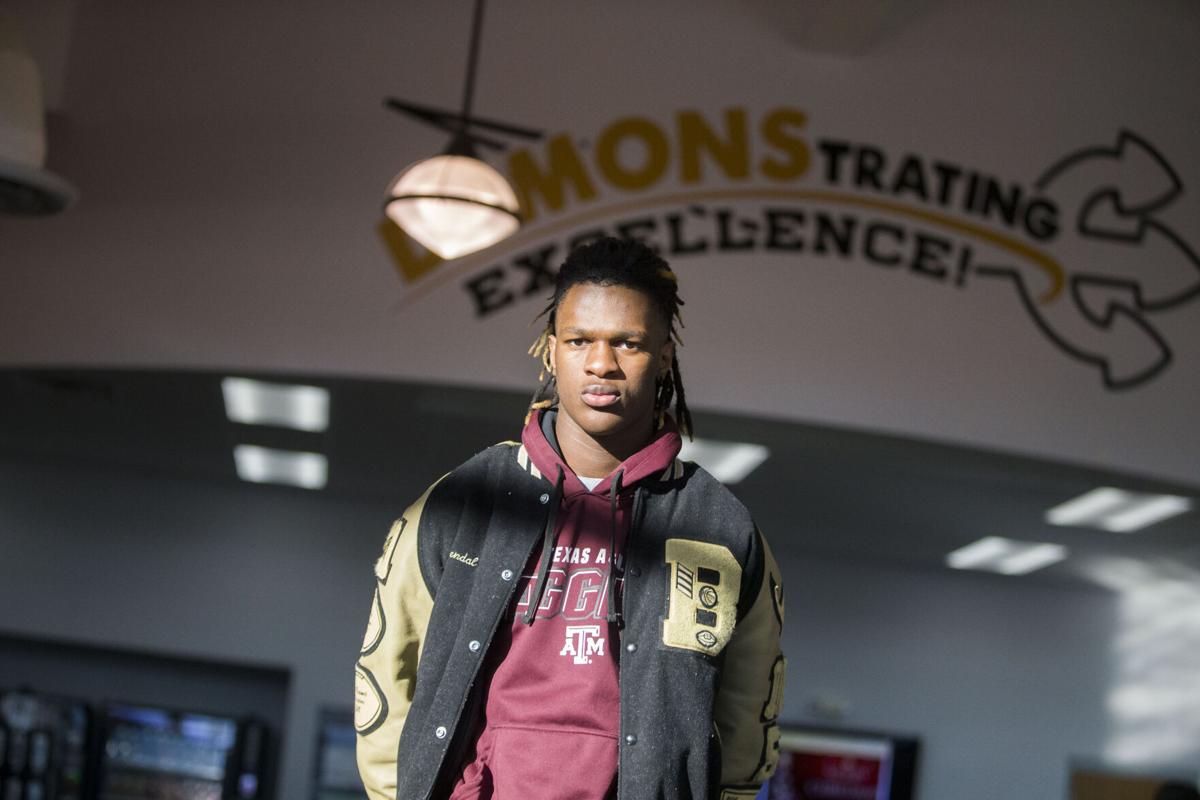 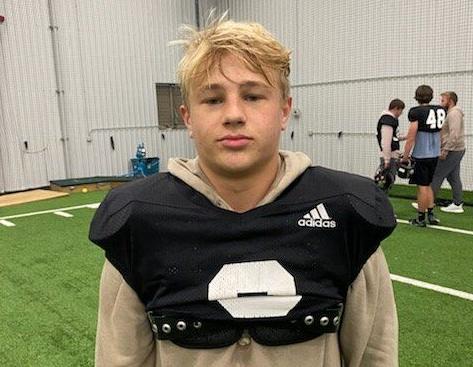 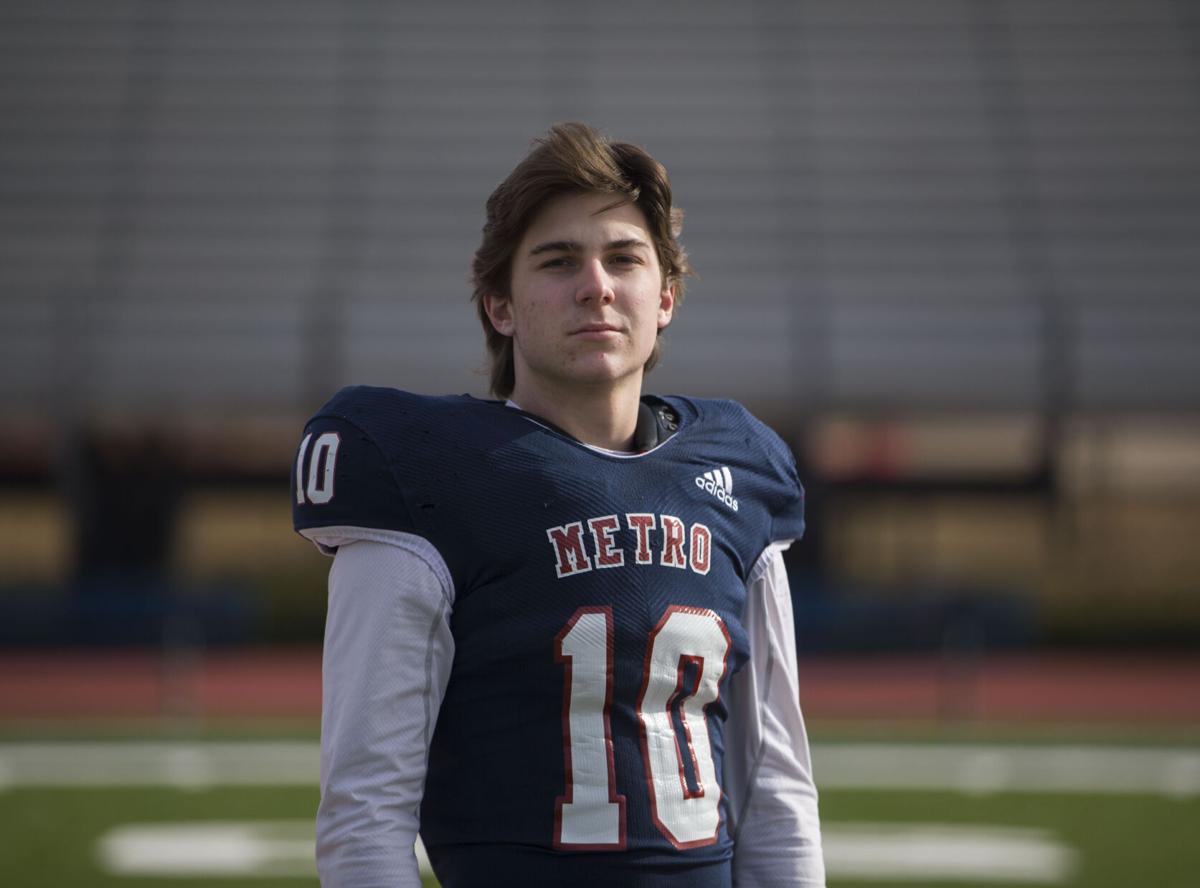 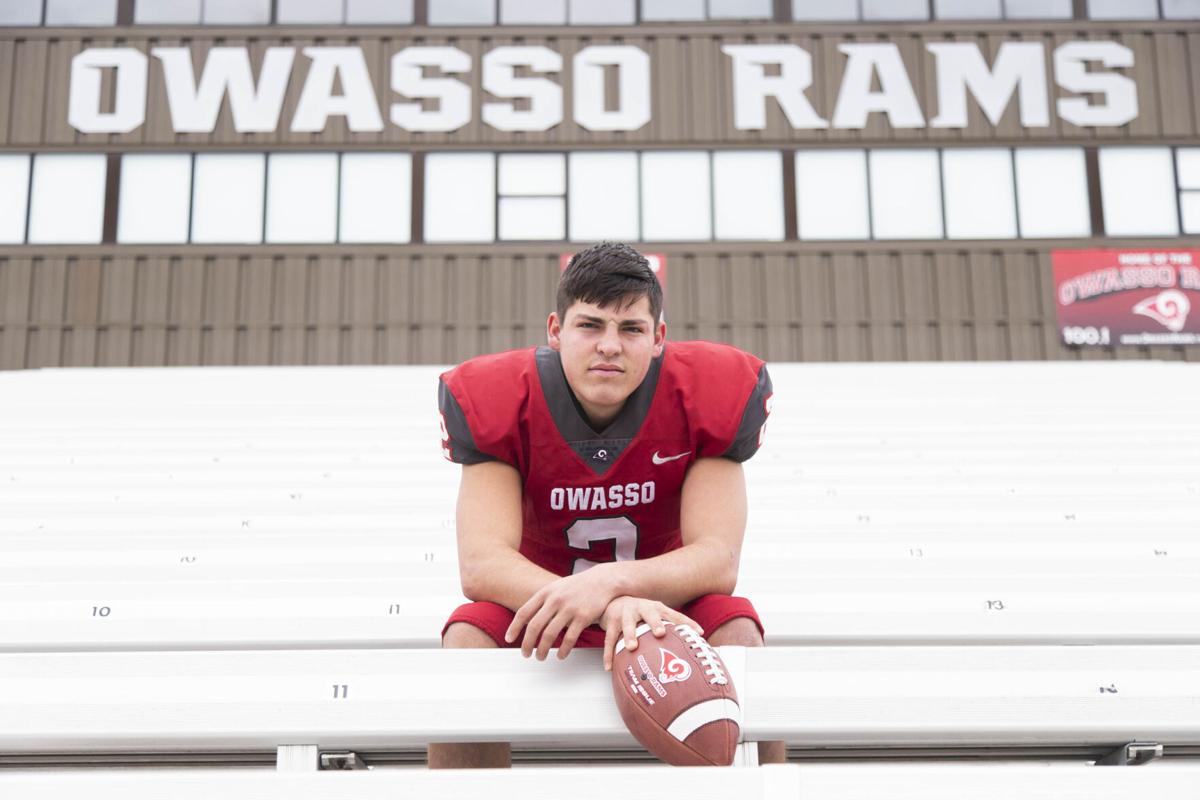 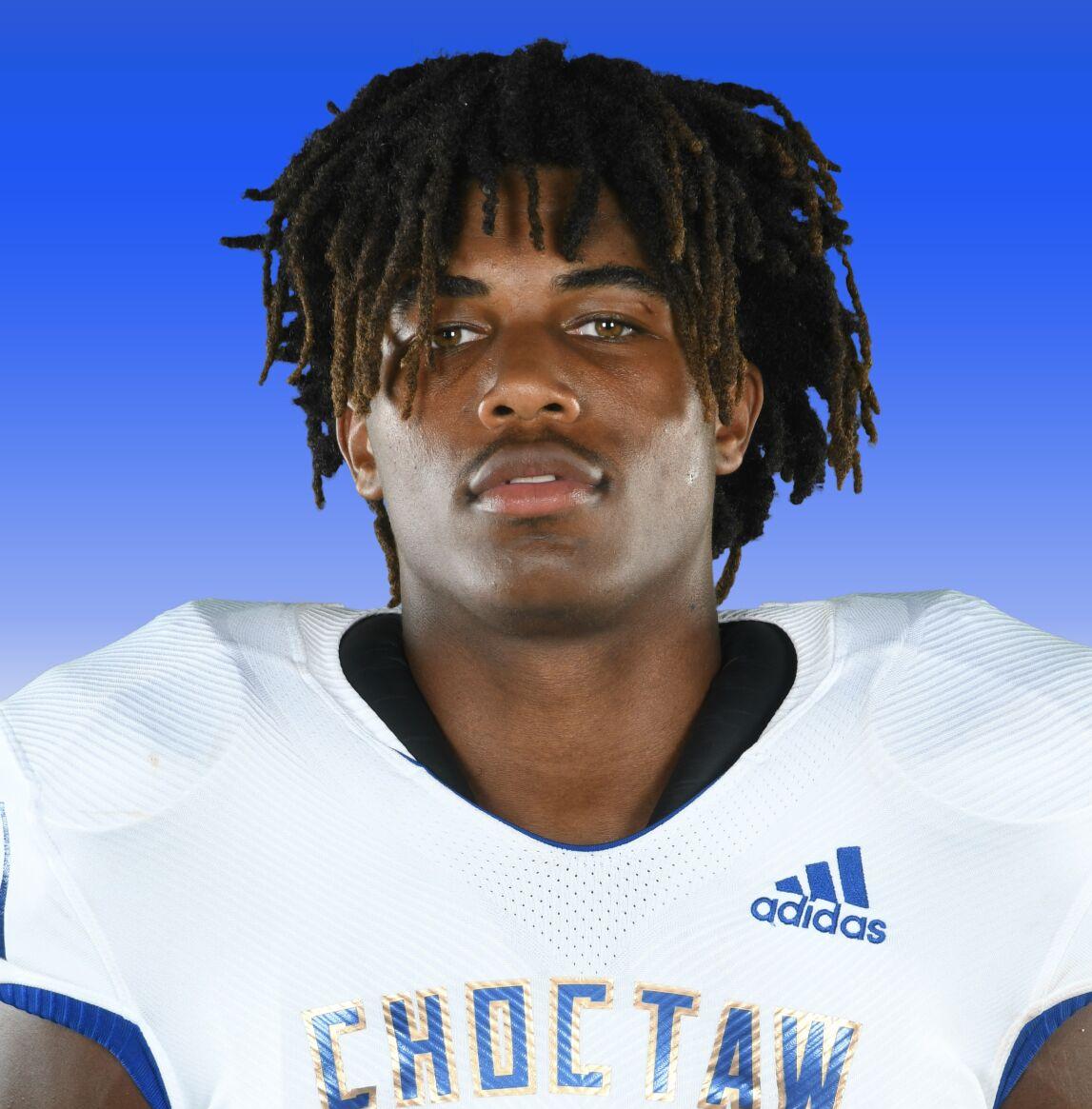 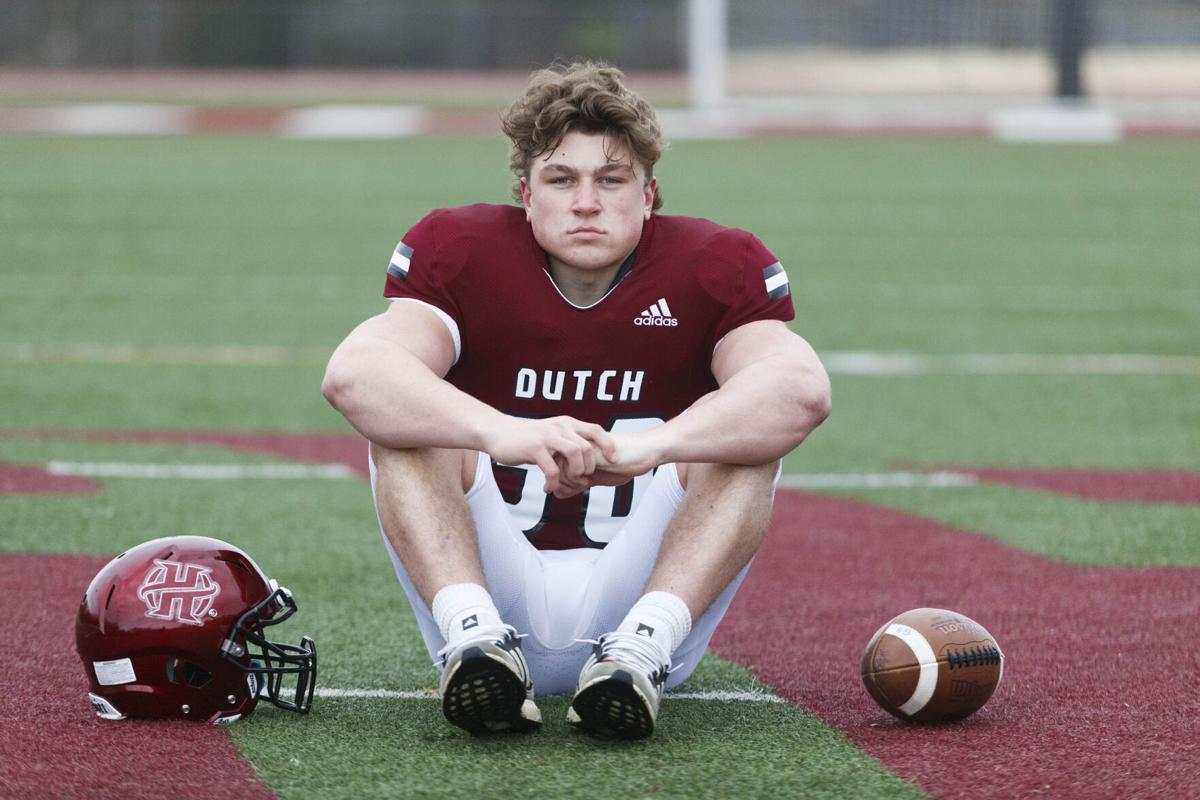 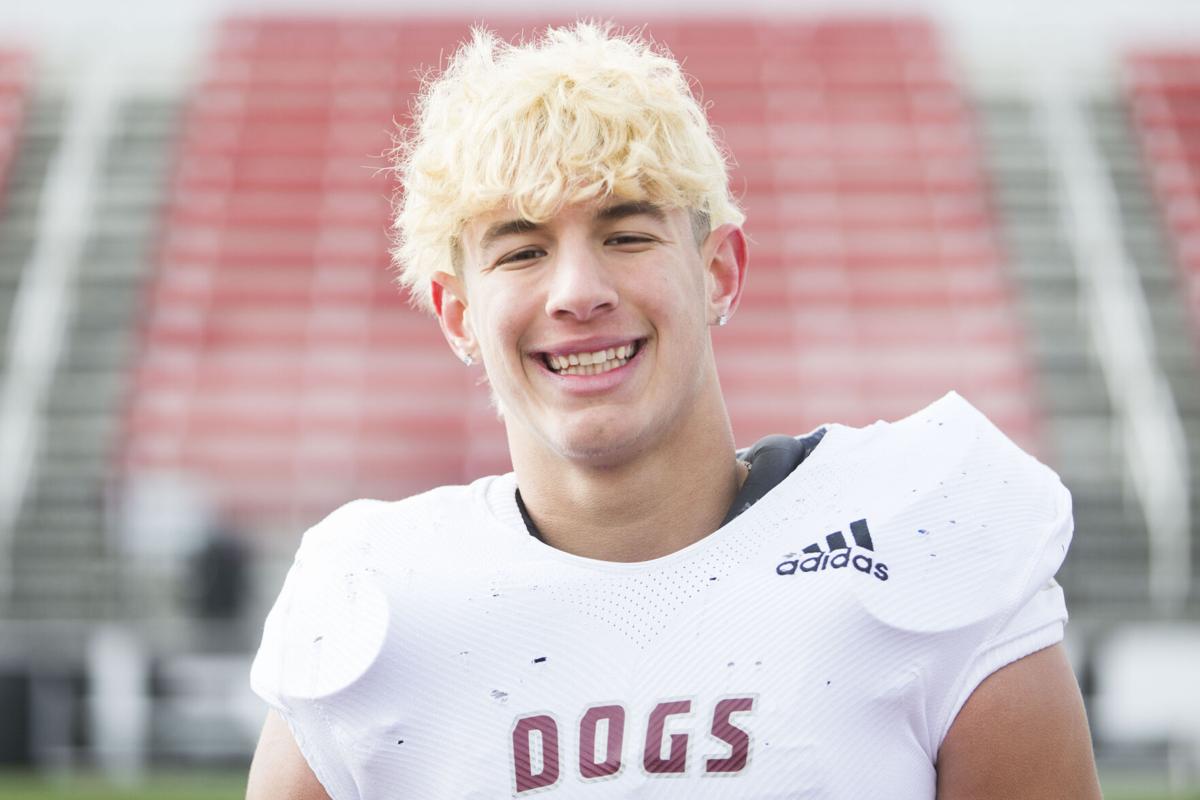 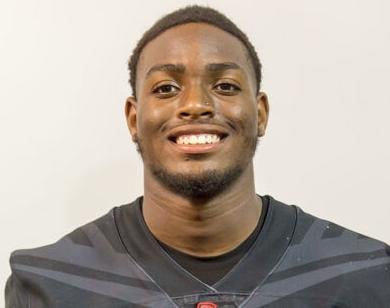 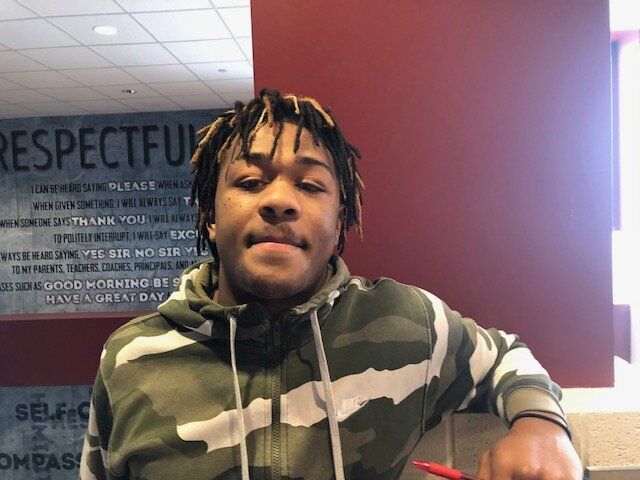 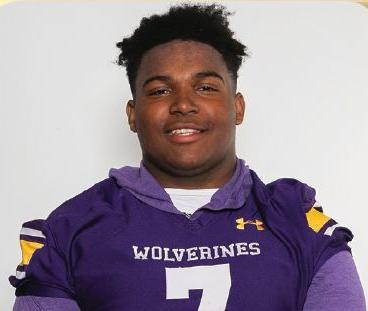 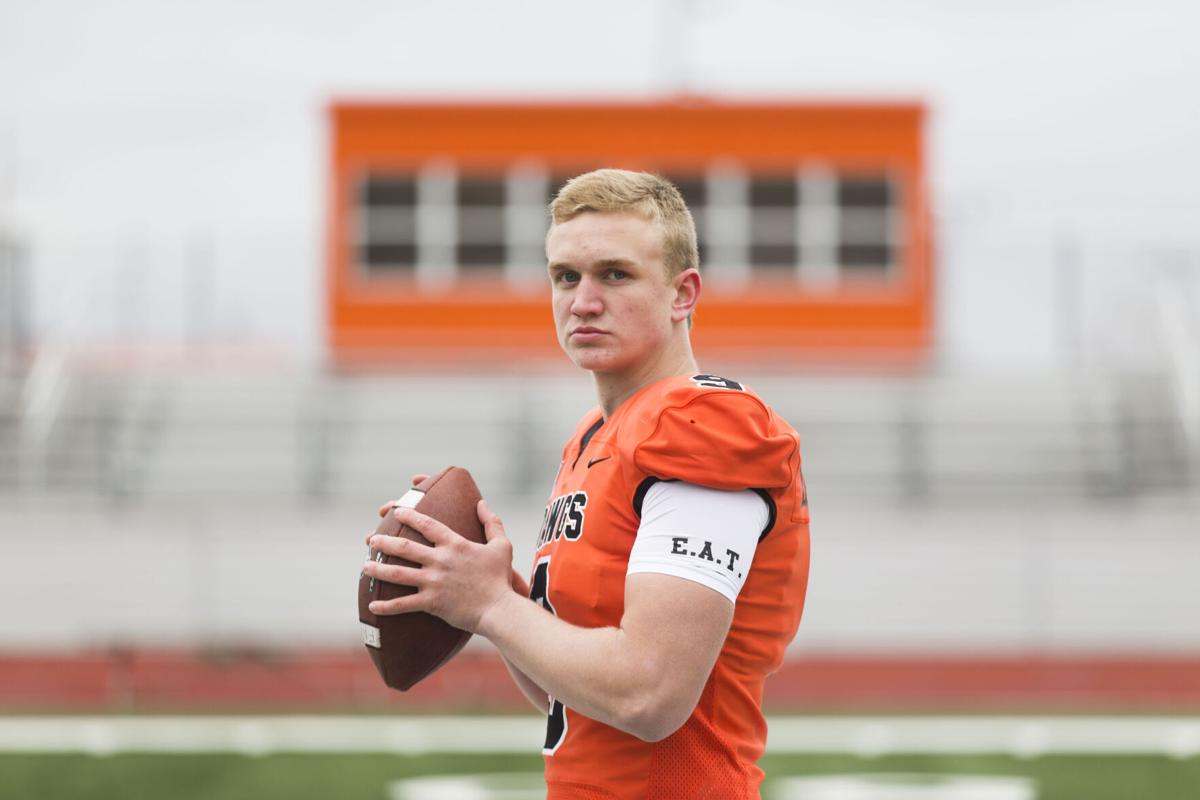 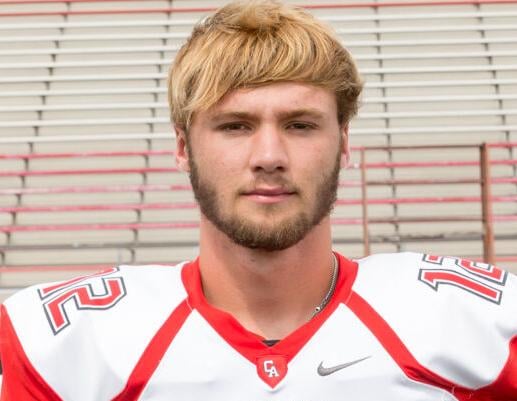 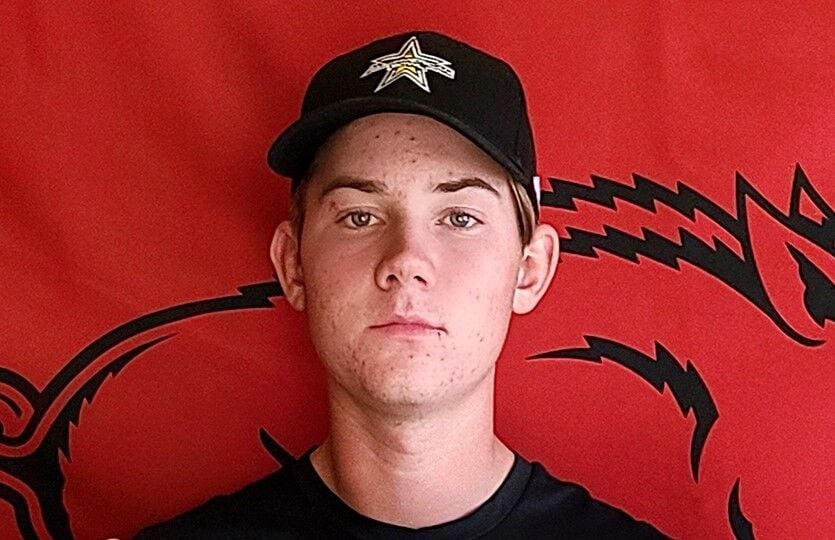 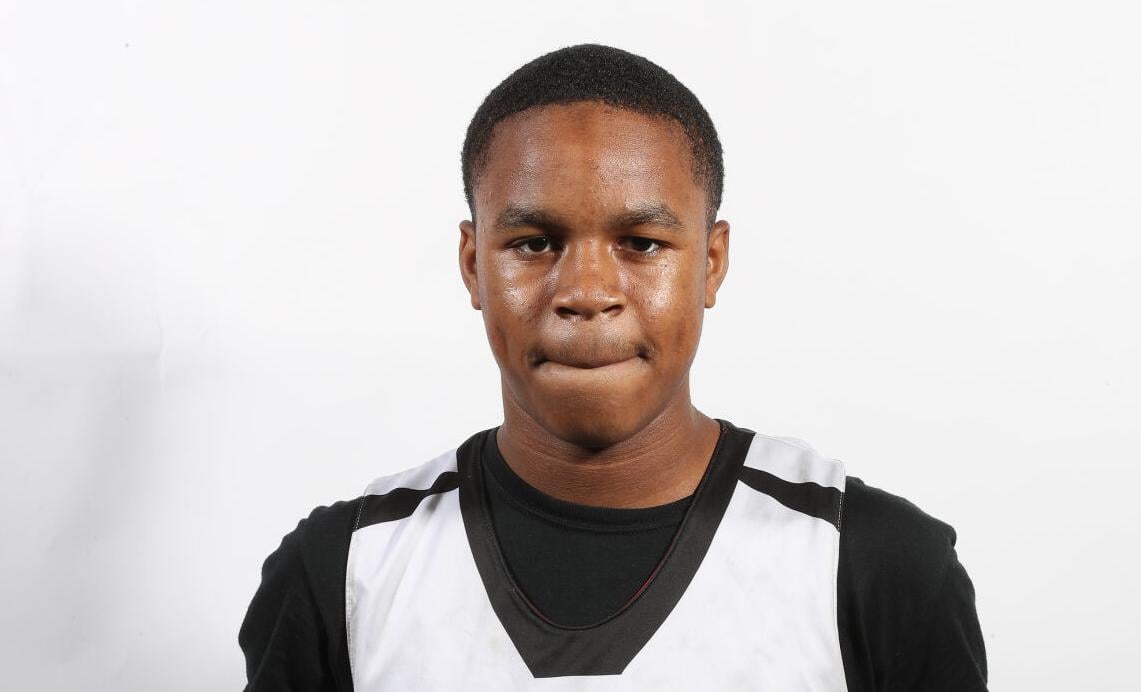 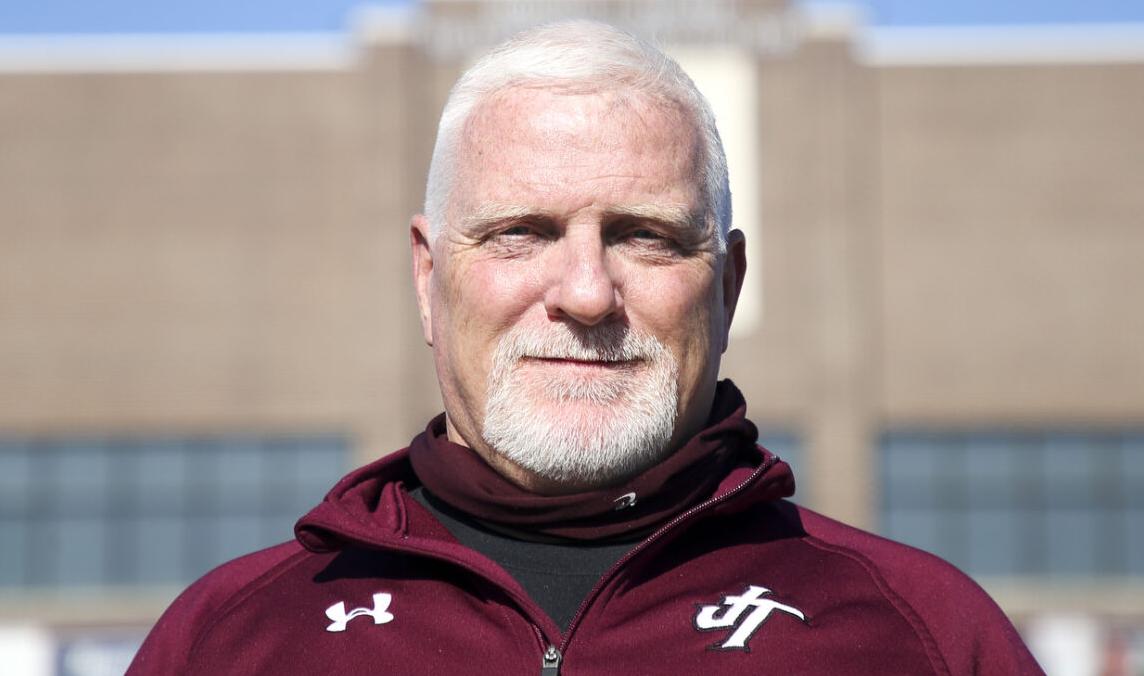