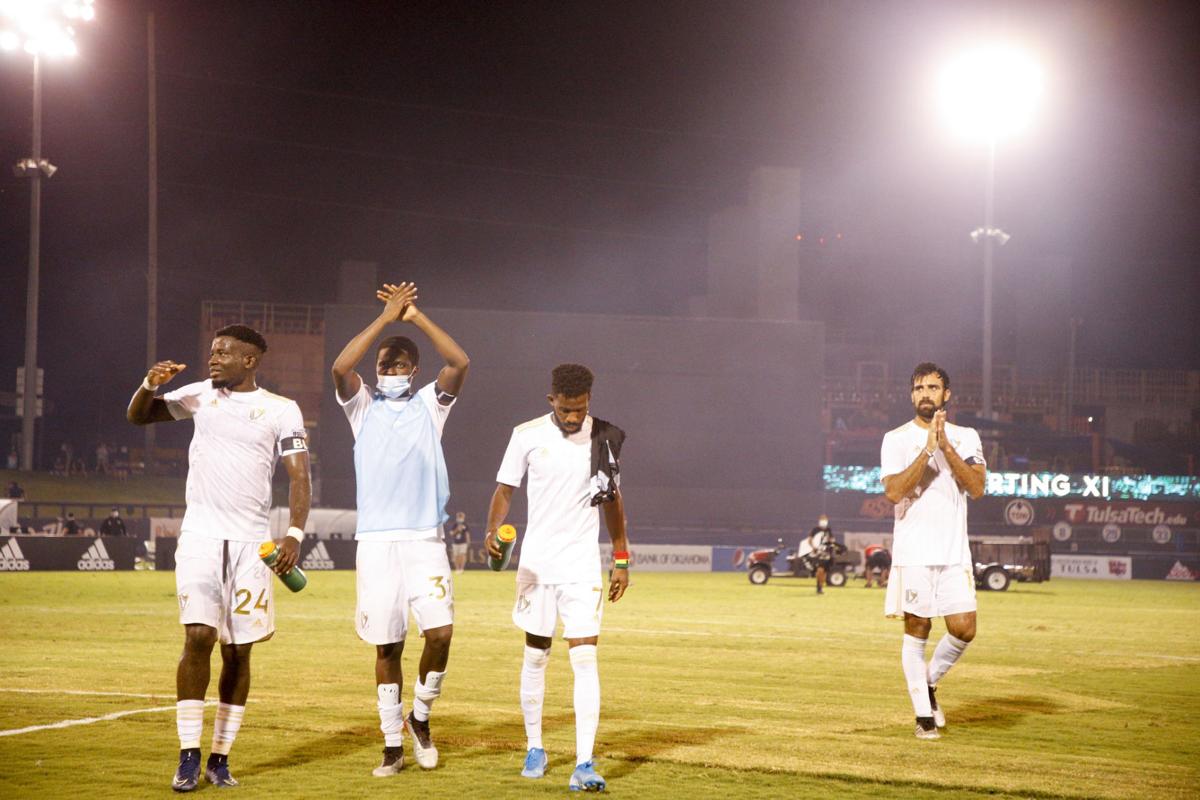 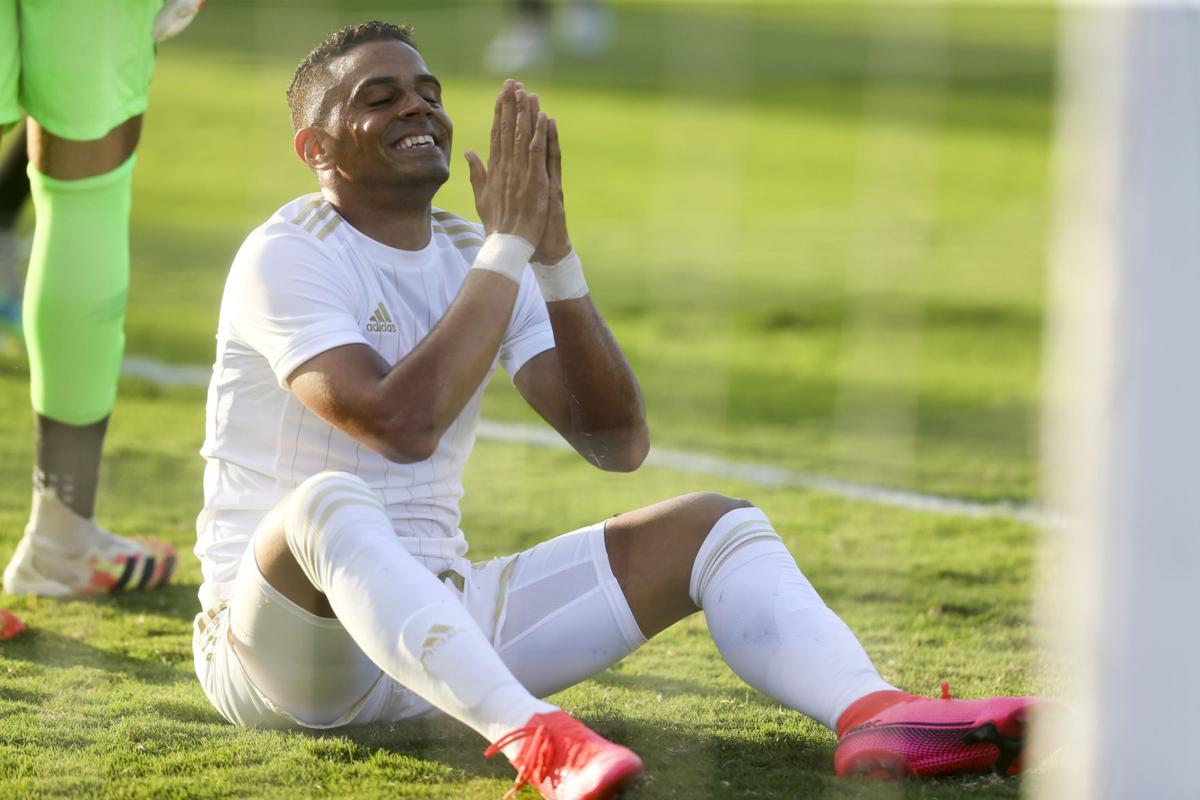 Tulsa FC forward Dario Suarez makes a praying gesture after failing to score a goal against San Antonio FC at ONEOK Field on Wednesday. Suarez came up empty on good chances, in the 41st and 62nd minutes, in a 0-0 draw. IAN MAULE/Tulsa World 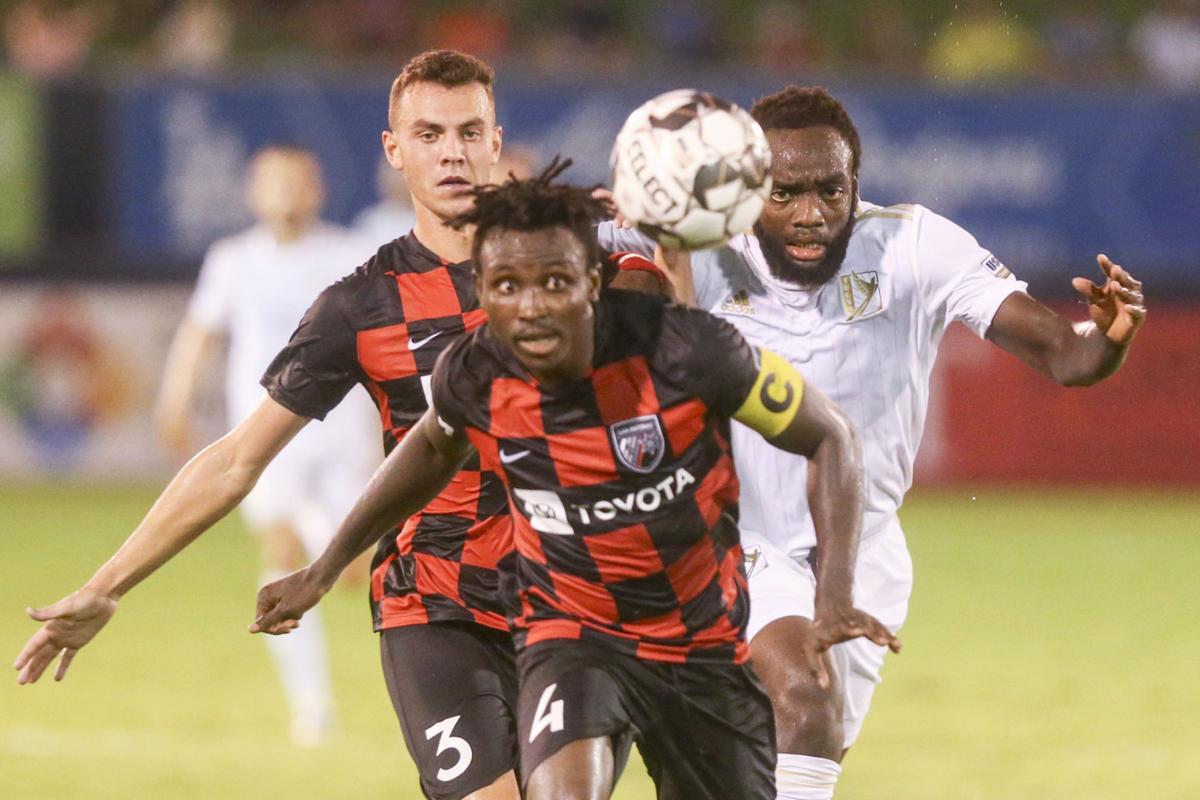 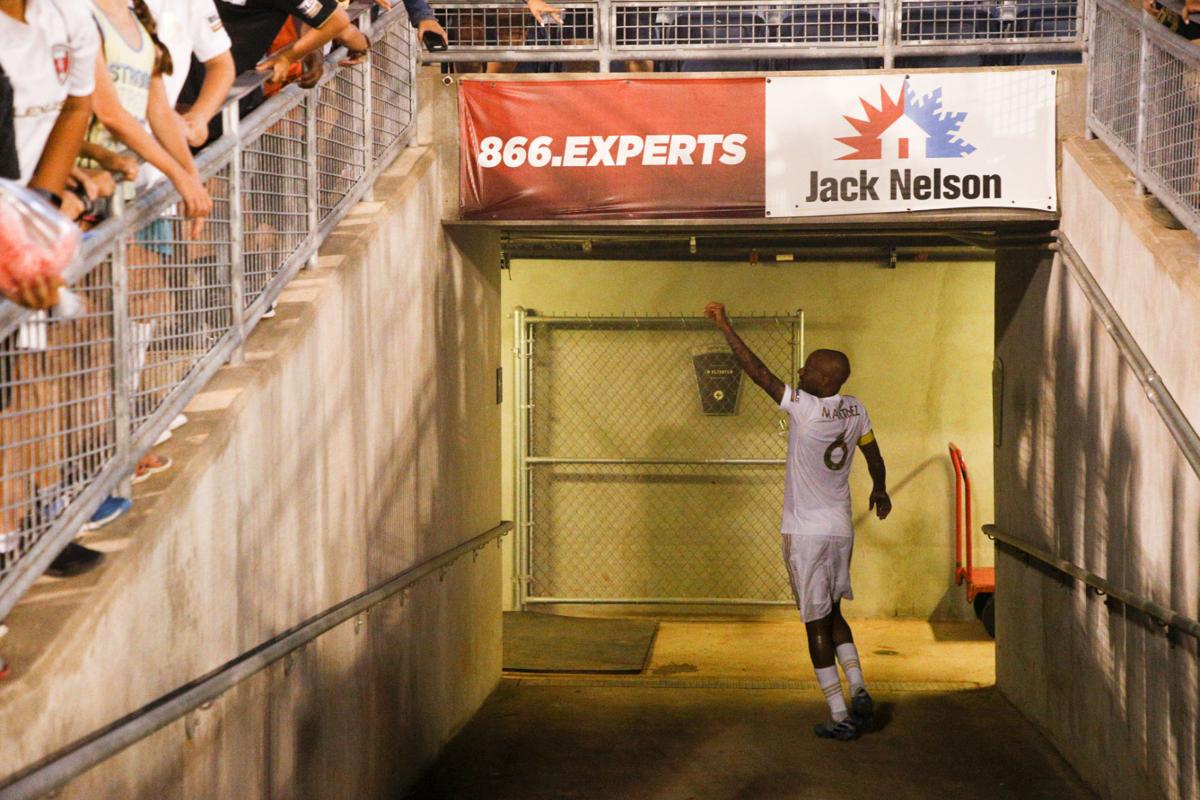 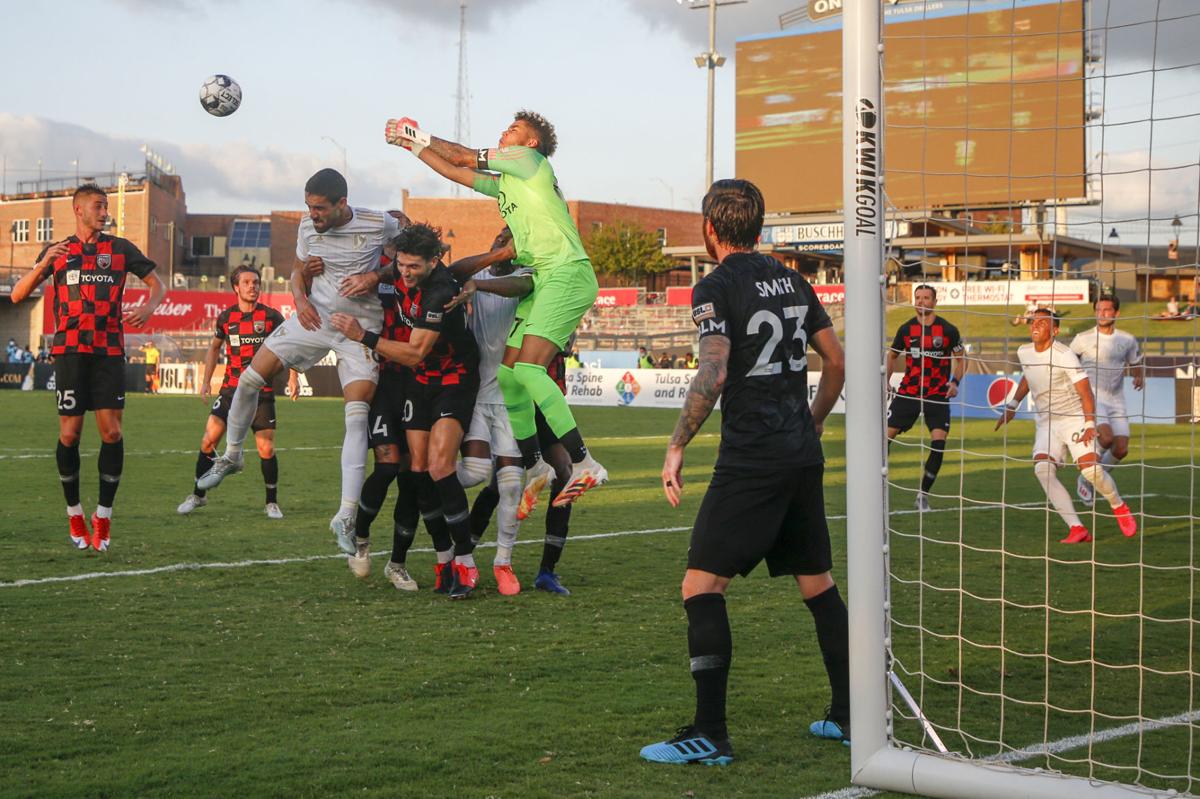 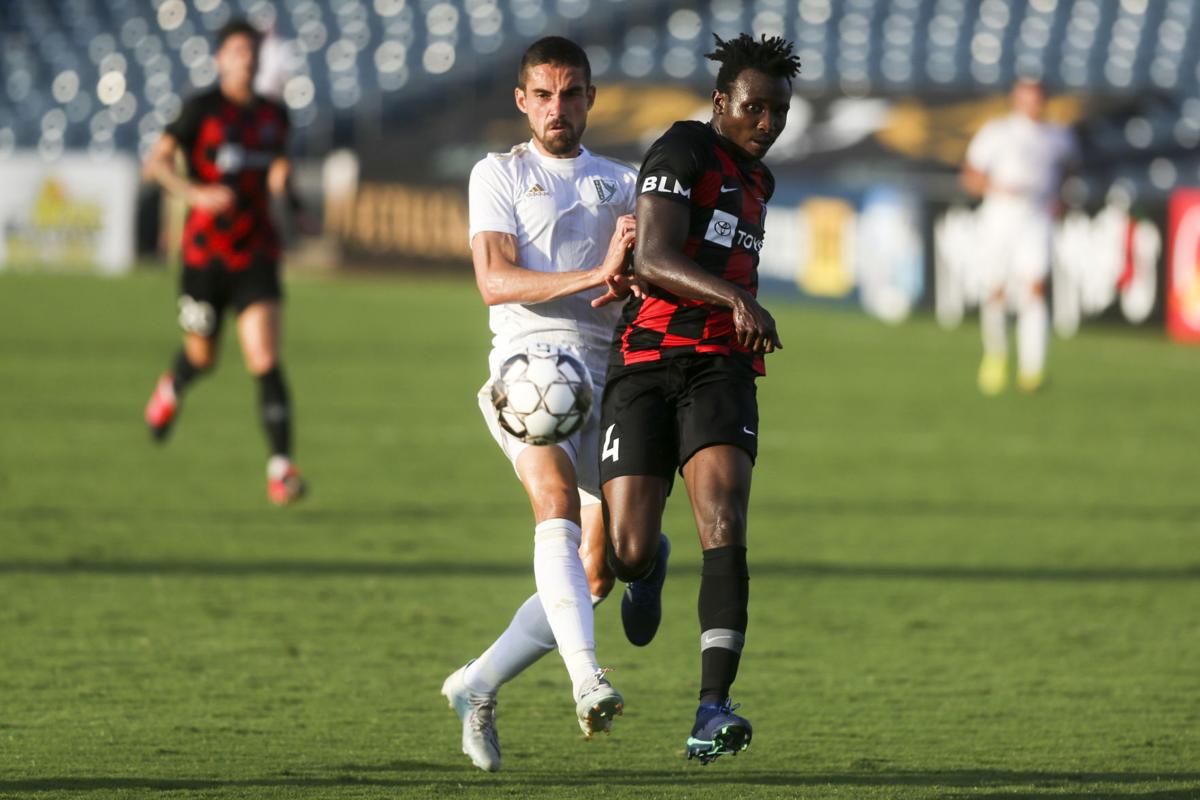 And both are still undefeated after a 0-0 draw in a game that included almost everything, except a goal, and was followed by fireworks before 2,445 fans who nearly filled ONEOK Field’s socially distanced reduced seating capacity.

FC Tulsa (2-0-3, 9 points) waited nearly five months for its first game this season at ONEOK Field after its initial scheduled home game March 14 was canceled due to the COVID-19 pandemic.

Added FC Tulsa goalkeeper Sean Lewis, “I thought it was great. The fan base was very enthusiastic. I know we have to keep it limited because of the protocols, but even so it was amazing to be out there in front of them. It was a great experience.”

In its sixth USL season, Tulsa set a team record by allowing no more than one goal in its fifth consecutive game. Lewis has allowed only three goals in five matches and none in the past two.

“We’re really jelling defensively,” Lewis said. “We cover each other well, we’re well organized and you’ve seen the results as far as letting in fewer goals and keeping clean sheets so far.”

Lewis made a dazzling save in the eighth minute as he robbed Luis Solignac from close range. And Lewis made a diving save to deny Gonzalo Di Renza in the 64th minute.

“Sean was strong, consistent, brave,” FC Tulsa coach Michael Nsien said. “They were able to put 15 or 16 crosses in and they started to get a lot of set pieces, and he organized well and kept his space very well and obviously kept a clean sheet, so that’s what goalkeeping is all about.”

Goalkeeper Dayne St. Clair also was impressive for San Antonio (4-0-2, 14 points), as he came up with clutch saves on shots by Dario Suarez in the 41st and 62nd minutes.

Tulsa is undefeated through five games for the first time in team history and is in second place behind San Antonio in Group D. The top two teams qualify for the playoffs.

“There are some positive things from the match,” Nsien said. “San Antonio is a good team and came here with a lot of momentum. They have good players and are well organized, so for us to get a clean sheet, that’s a positive.

“When it got to about the 60th or 65th minute the game started to open up,” he added. “They were getting set pieces and we were breaking the other way. It’s a little unfortunate that we weren’t able to capitalize on some of those chances in the space we were able to find. It’s good we were able to create, but at home we expect we should be able to put the ball away.”

San Antonio played without its leading scorer, Cristian Parano, who was unavailable. Parano is considered as one of the USL’s top midfielders.

Tulsa plays seven of its remaining 11 games at home, with its next match scheduled at 7 p.m. Aug. 19 against Austin Bold FC at ONEOK Field.

Tulsa FC forward Dario Suarez makes a praying gesture after failing to score a goal against San Antonio FC at ONEOK Field on Wednesday. Suarez came up empty on good chances, in the 41st and 62nd minutes, in a 0-0 draw. IAN MAULE/Tulsa World