Zaven Collins, other former TU players work out for representatives from all 32 NFL teams
0 comments
Share this
{{featured_button_text}}
1 of 2 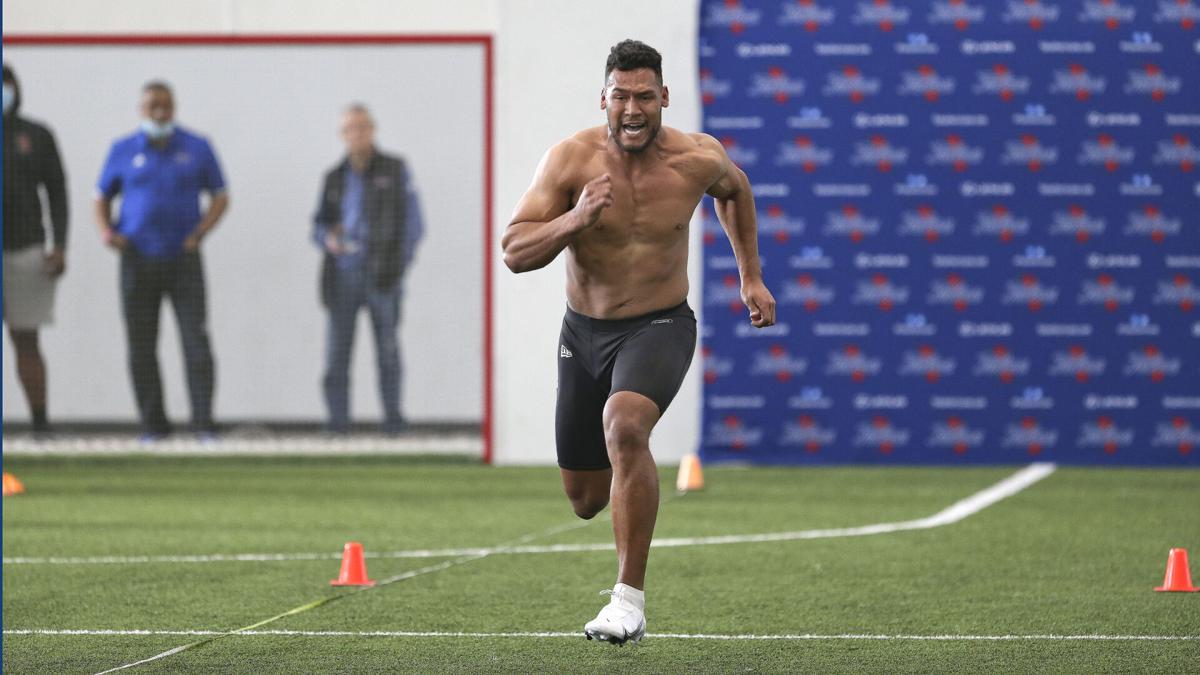 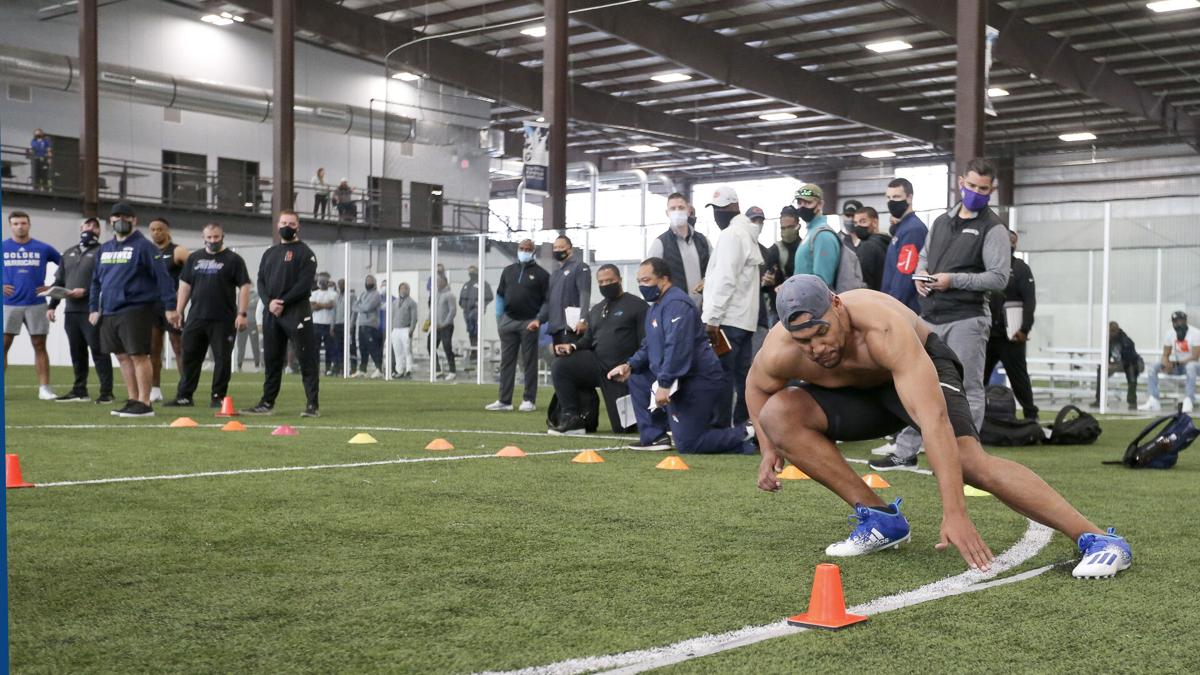 Former Tulsa All-American Zaven Collins worked out in front of representatives for all 32 NFL teams on Friday.

From his childhood in Hominy to college football star at TU: The life of Zaven Collins in photos

JENKS — In front of representatives of all 32 NFL teams, former University of Tulsa linebacker Zaven Collins moved closer to accomplishing his dream.

Collins, an under-recruited Hominy native who emerged as the nation’s top defensive player last season, worked out for a total of 53 evaluators Friday at the Titan Sports and Performance Center as part of TU’s pro day.

“I think I did great,” Collins said. “I left everything out there on the field. Whatever happens happens.”

After recording a 19-rep bench press, a 35-inch vertical and a 4.64-second 40, Collins shined during the field drills, showing his athleticism while exploding around cones and snagging balls with ease. As a projected first-round pick, he has the size and versatility to be used in a variety of ways.

Asked during a Thursday Zoom call that included national and international media where he sees himself playing in the NFL, Collins said: “I would say the position that’s able to let someone run, chase down, make tackles in the backfield, be in coverage, just run sideline to sideline. Whatever position that is for a team, that’s the position I’d like to be in.”

In eight games last season, Collins totaled 54 tackles — including 11.5 for lost yardage and four sacks, four interceptions including two game-sealing pick-sixes, a forced fumble, a fumble recovery and a safety. He did not participate in the Hurricane’s bowl game, opting to leave early to prepare for his NFL future.

“(I’m) a very smart player, an instinctual player,” he said. “Those things are what helped me succeed last year in the 2020 season and I think those are the things that are going to help me move on throughout my career in the NFL.”

“This is a dream-type day to have the opportunity to step in front of every NFL team ... to show the work and dedication that they’ve put in, the amount of support they’ve gotten from their family and from our players who are out here watching them,” TU coach Philip Montgomery said Friday. “It’s a tremendous day and I’m just so proud of these young men and what they’ve accomplished and what they’re about to accomplish.”

Smith overcame windy conditions outside to deliver on-the-mark throws to his former receivers. In 21 career games at TU, he threw for 5,226 yards and 32 touchdowns and completed 58.2% of his passes.

“It was awesome to get out there and spin it a little bit,” he said. “Obviously playing quarterback you’ve got to be able to show you can do the dropbacks and make the throws and move around in the pocket and stuff like that. I thought I did a pretty good job today.”

Taylor, a Tulsa native who attended Holland Hall, became known as a difficult-to-bring-down runner during a Hurricane career in which he rushed for 2,034 yards and 26 touchdowns. He ran a 4.65 40 and did 28 reps on the bench press, making his case for why teams should draft him.

“A lot of work (went in) and a lot of overtime because I knew how important today was,” Taylor said. “This has been a dream that I’ve had since I was a young boy, and I’m really excited for the opportunity to have that come true.”

Pritchard, one of the top in-state players this past season, signed with the Hurricane after receiving a release from Tennessee Tech so he could attend college closer to home.

New TU women's basketball coach Angie Nelp: 'We will have a program that competes for championships'

Nelp comes to TU from Arizona State, where she spent four seasons and was an associate head coach last year.

Bill Haisten: With Montgomery’s stability and Brin’s arm, TU has a shot at a special 2021

Philip Montgomery is as Texan as a Texan can be, and yet by this time next year, he will have been in Oklahoma longer than he was in any Texas community.

After having not recruited him originally, TU gets Anthony Pritchard — the best basketball senior in the Tulsa area.

During a Thursday afternoon news conference at the Mabee Center, it is expected that a Paul Mills contract extension will be announced by Oral…

During a conservatively called scrimmage at H.A. Chapman Stadium, Brin connected on the first play with JuanCarlos Santana for a 36-yard gain.

The 6-foot-3 guard is among the top scorers in Tulsa Public Schools history.

Former Tulsa All-American Zaven Collins worked out in front of representatives for all 32 NFL teams on Friday.