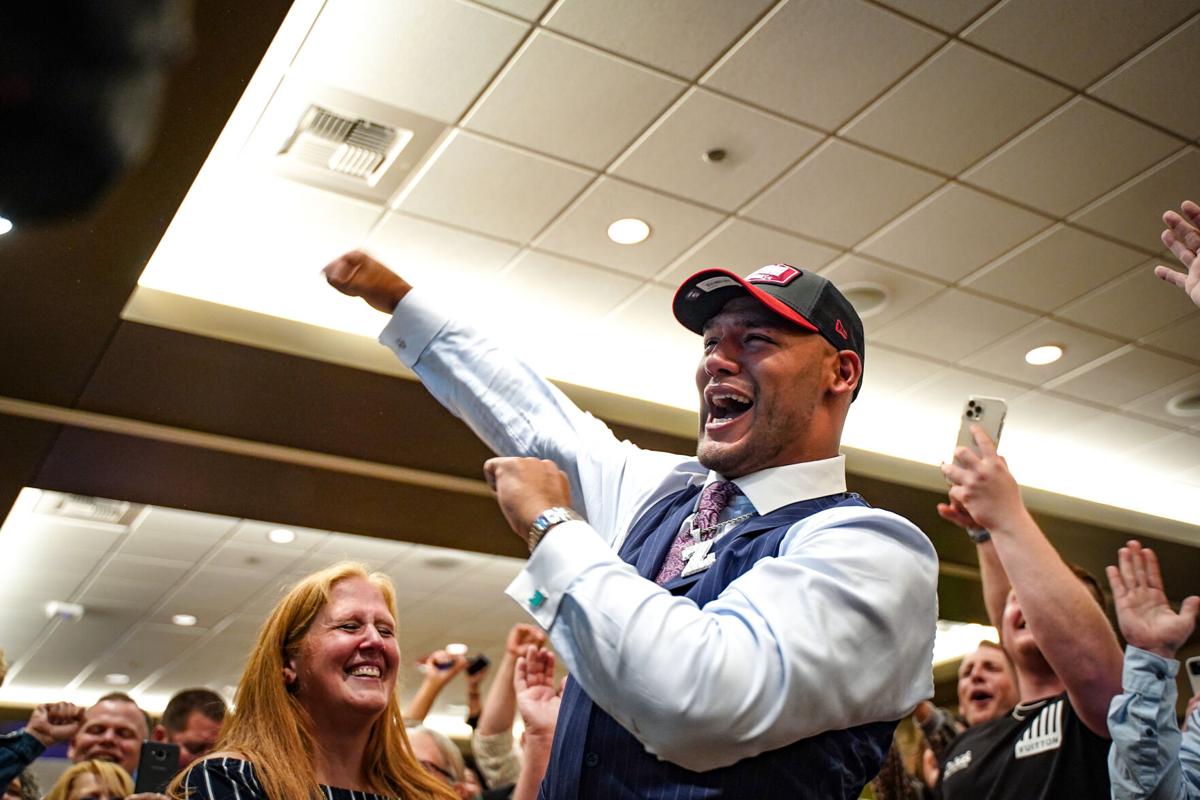 Former Tulsa linebacker Zaven Collins celebrates with friends and family after being selected by the Arizona Cardinals with the 16th pick of the first round of the NFL draft on Thursday. 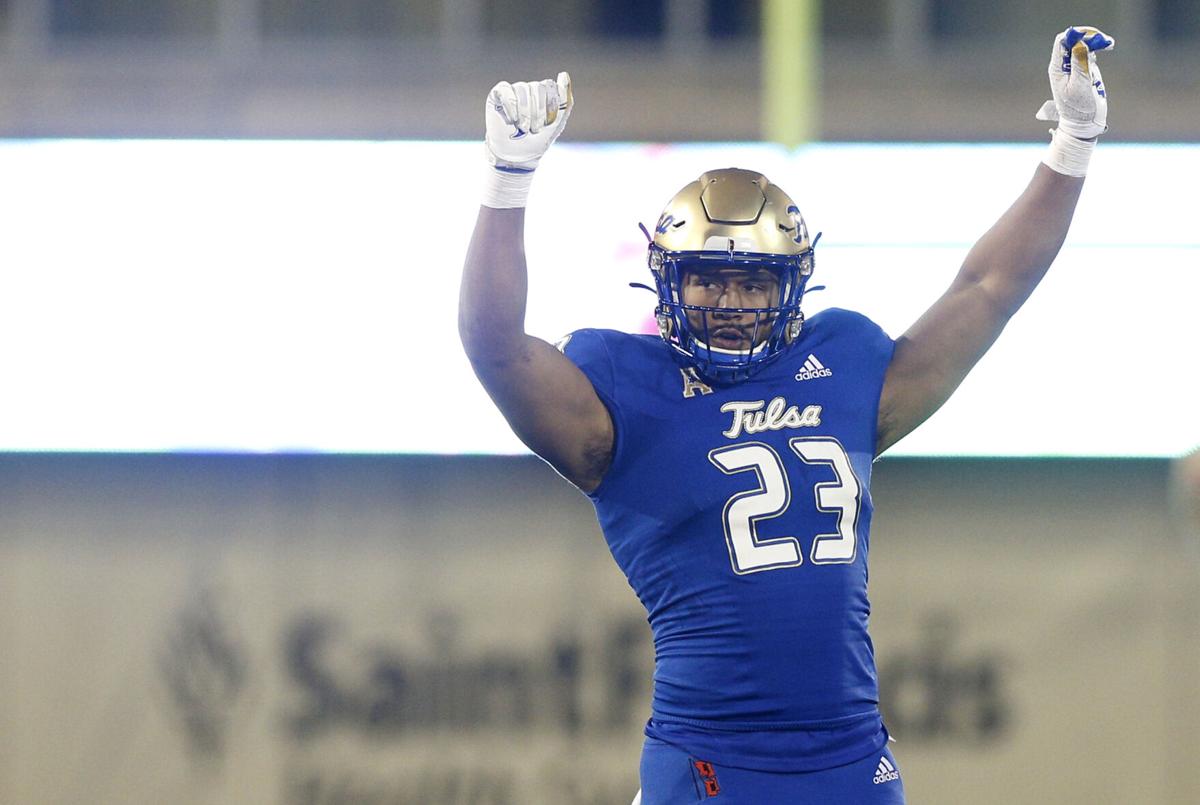 Tulsa’s Zaven Collins was the 16th pick in the first round of the NFL Draft on Thursday night. He was selected by the Arizona Cardinals.

Continuing an extraordinary path few others could have anticipated, Collins was taken 16th overall in the NFL draft by the Arizona Cardinals on Thursday night, becoming the highest-drafted defensive player in Hurricane history.

“(Hearing my name) was so emotional for me and for my mom,” Collins said during a Zoom call with media. “That’s what we worked for. … It’s something that I dreamed of and we accomplished that tonight.”

Collins, a Hominy native who quarterbacked the Bucks to the Class A championship in 2016, was an under-recruited player whose only Division I offer came from the Hurricane. After redshirting his first year on campus, he became a starter because of injuries and emerged as a freshman All-American.

He followed with a 97-tackle campaign as a sophomore before producing one of the best seasons in program history last year, when he was a consensus All-America selection and the nation’s top defensive player. In eight games, he totaled four sacks and four interceptions, with two of those returned for touchdowns, in addition to a forced fumble, a fumble recovery and a safety.

With a 6-foot-5, 259-pound frame, Collins has size along with athleticism and versatility, giving Arizona options on how to use him. The Cardinals, who ranked 20th out of 32 teams in total defense in 2020, are down a starting outside linebacker from last year after Haason Reddick signed a free-agent deal with Carolina.

For a second year in a row, NFL teams picked TU defensive players, with Reggie Robinson (Dallas Cowboys) and Trevis Gipson (Chicago Bears) being drafted a year ago. Collins, the third player in TU history taken in the first round, was aiming to become a top-20 pick.

“Maybe it’s crazy for me to say that,” he said earlier this month. “I’m sure some people would say I’m crazy, but it’s just something that I have to set for myself to keep me going, to keep me driven. Same thing whenever I get to the NFL, whether I’m drafted 250th or No. 50 or No. 15.”

No other state college player was selected in Thursday’s first round. The second and third rounds of the draft are Friday, with rounds 4-7 on Saturday.

From his childhood in Hominy to college football star at TU: The life of Zaven Collins in photos

Gymnastics as a child -- p6

Former Tulsa linebacker Zaven Collins celebrates with friends and family after being selected by the Arizona Cardinals with the 16th pick of the first round of the NFL draft on Thursday.

Tulsa’s Zaven Collins was the 16th pick in the first round of the NFL Draft on Thursday night. He was selected by the Arizona Cardinals.