TU men's basketball: Hurricane moves into tie for AAC lead with hard-fought win over Tulane
Share this
{{featured_button_text}}
1 of 4 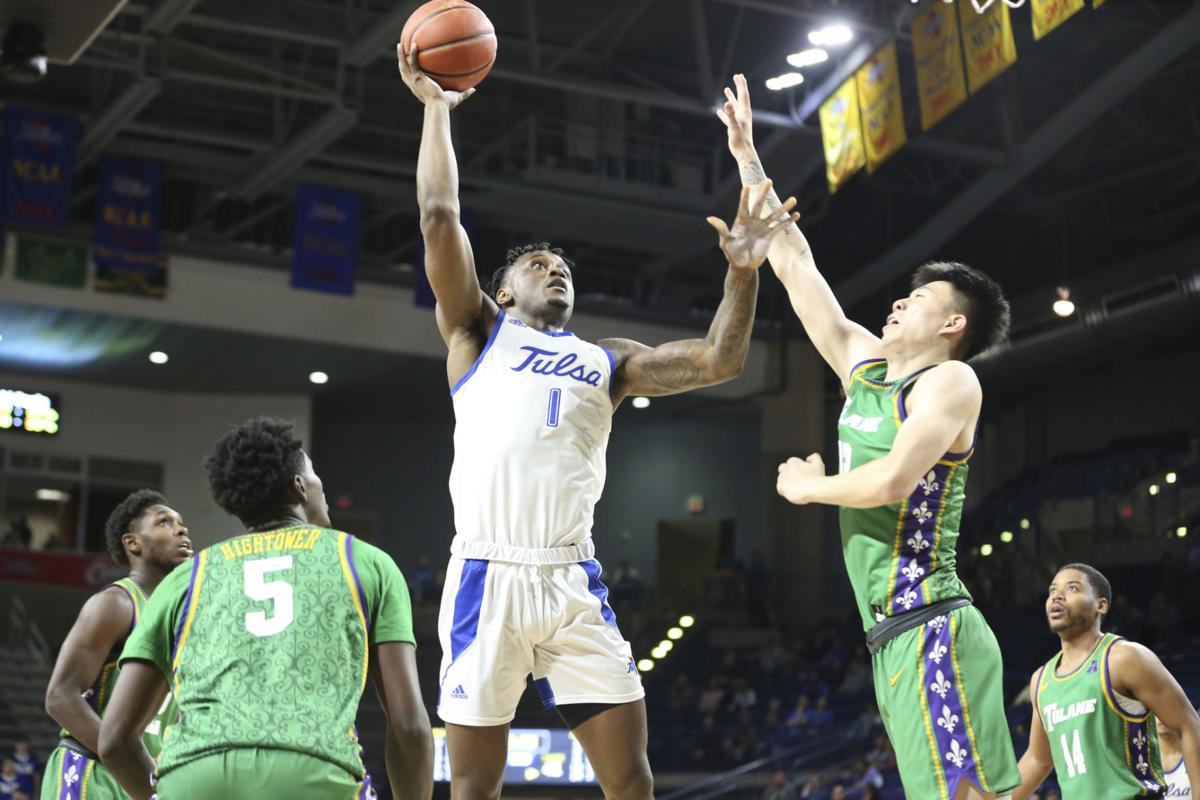 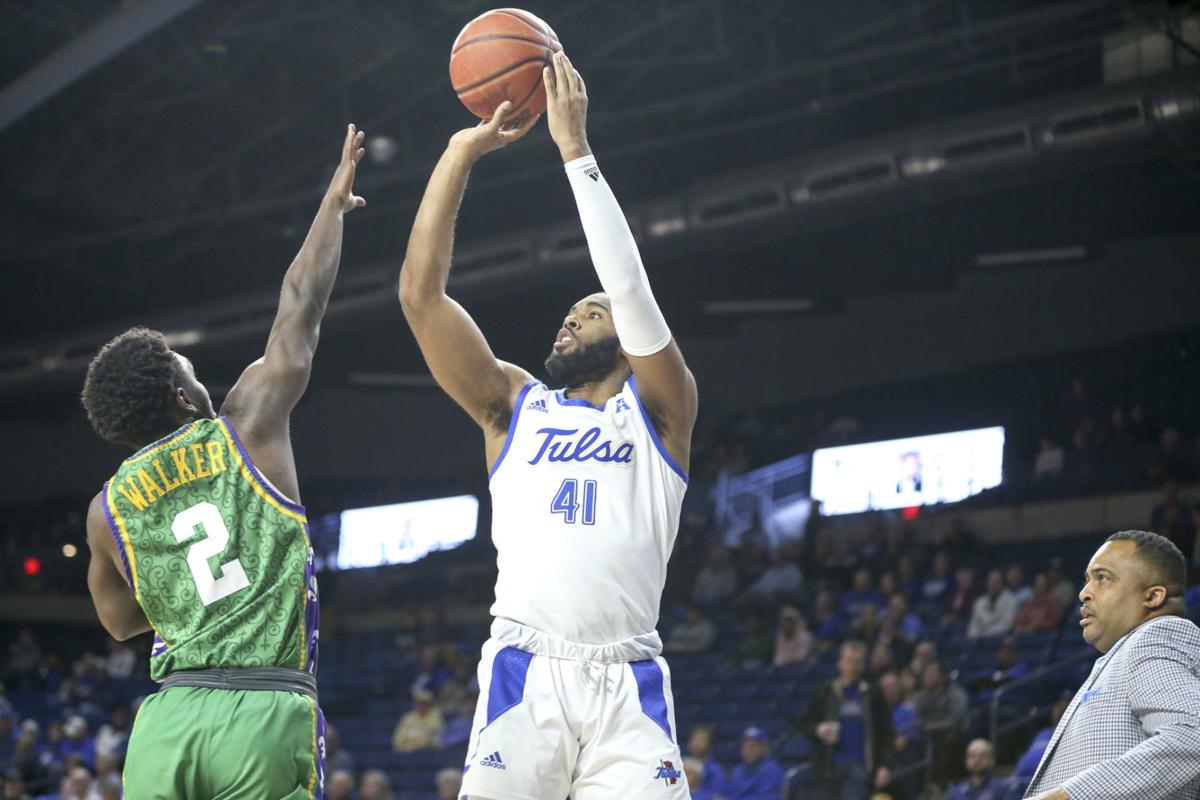 Tulsa’s Jeriah Horne (right) shoots over Tulane’s Jordan Walker during the first half of the Golden Hurricane’s 62-57 win against the Green Wave on Tuesday at the Reynolds Center. Horne hit a key late 3-pointer as TU moved into a three-way tie for first in the AAC. IAN MAULE/Tulsa World 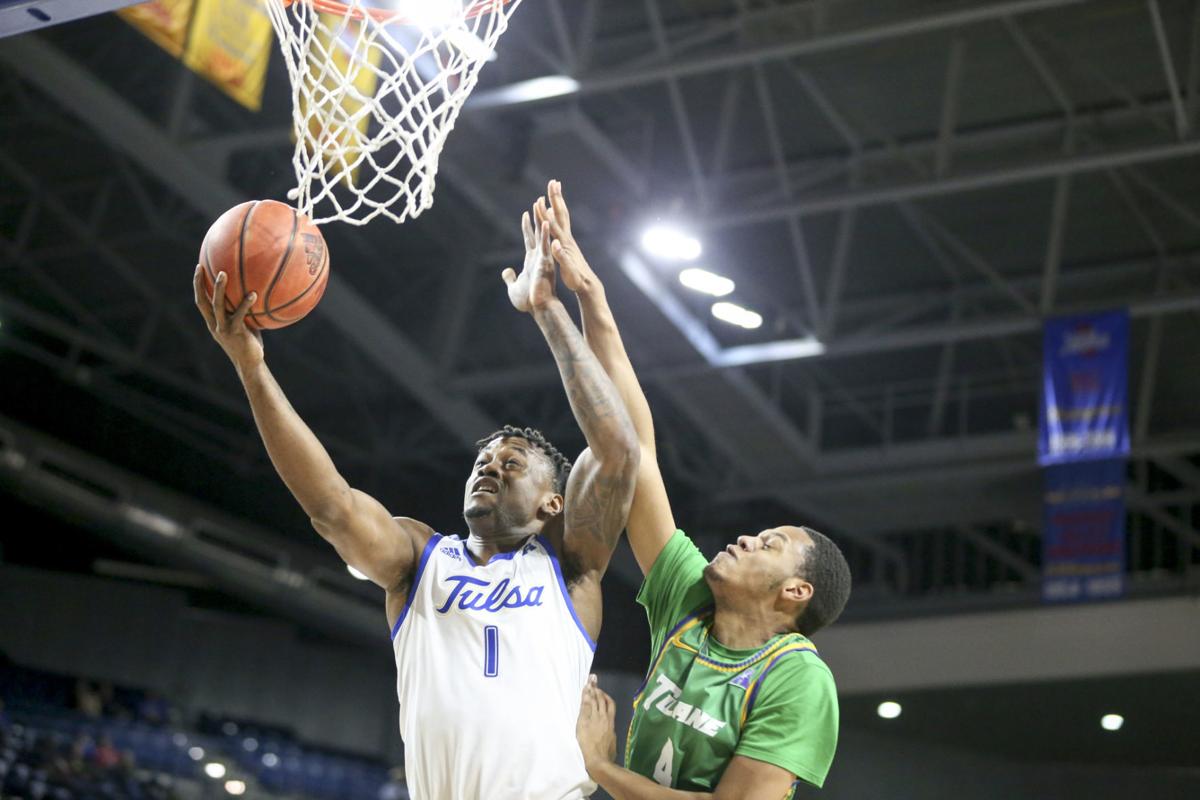 Tulsa’s Martins Igbanu (left) goes up for a shot as Tulane’s Nobal Days tries to block it. IAN MAULE/Tulsa World 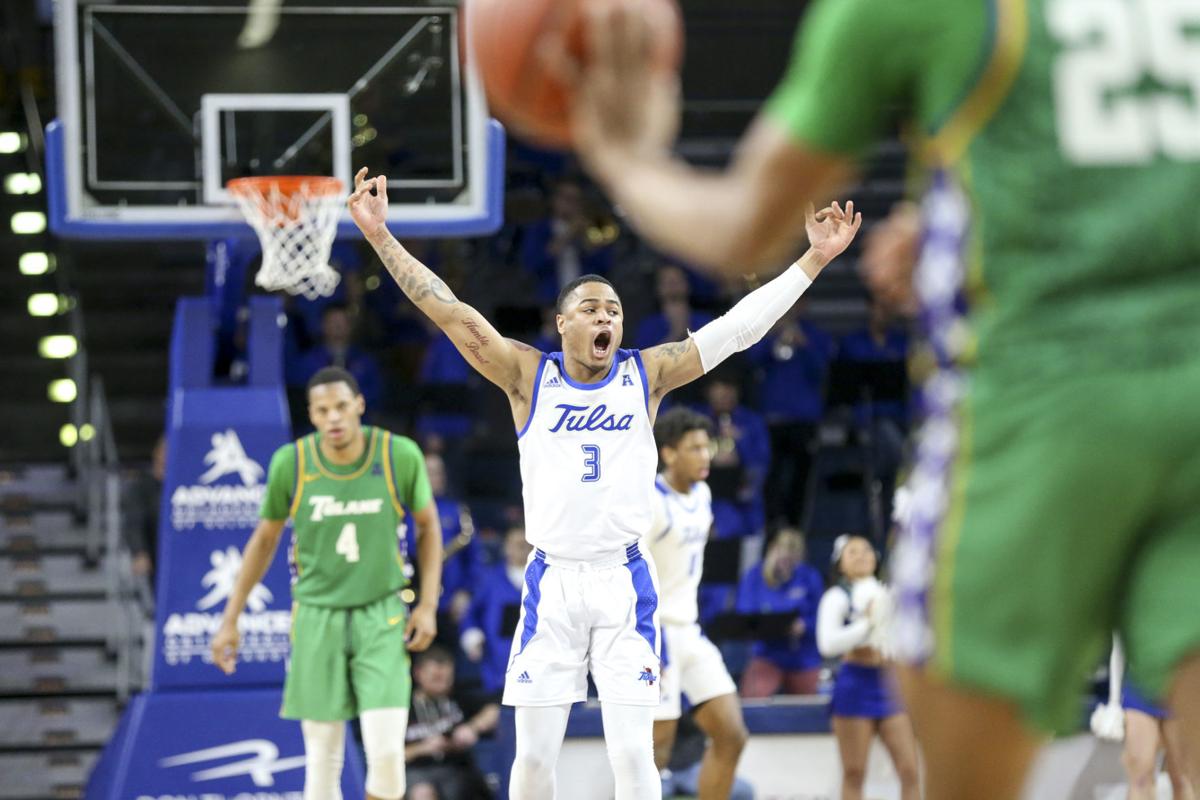 The University of Tulsa’s path to a potential American Athletic Conference championship would not be easy.

Needing a win to move into a three-way tie with Houston and Cincinnati for the league lead, the Hurricane trailed last-place Tulane down the stretch of Tuesday night’s game at the Reynolds Center.

To prevail 62-57, Tulsa scored eight of the last 10 points, retaking the lead on a crucial 3-pointer by Jeriah Horne and adding to its cushion with clutch moments in the last minute.

On a frenzied late possession, point guard Elijah Joiner slipped in the lane but managed to fling the ball to Martins Igbanu, who delivered under duress.

Between those baskets, the Hurricane secured essential stops and relied on a series of winning plays: a save by Brandon Rachal, a block by Rachal, an offensive rebound by Horne, a steal by Horne.

“I’m really proud of how we fought and how we did the things we needed to do to win the game,” coach Frank Haith said.

Tulsa (19-9, 11-4) jumped out to a 13-point advantage and appeared on its way for a stress-free victory. What followed was a surrendered 19-4 run while relaxing on defense and allowing Tulane’s Christion Hightower to heat up.

“It came easy for us to start the game,” Haith said. “Our defensive intensity wasn’t where it needed to be (later in the first half).”

Back-to-back 3s from Horne and Lawson Korita briefly put the Hurricane back on top, but Hightower delivered an 8-0 run to end the half and the Green Wave led 33-30 at the break.

Sporting its Mardi Gras uniforms, Tulane (12-16, 4-12) went up six early in the second half despite an obvious effort from Tulsa to get the ball to Igbanu in the paint. The Hurricane started clicking again during a fast-paced 10-0 run fueled by Rachal for the 45-41 lead.

Despite a flurry of turnovers, the scrappy Green Wave hit big shots to stay in striking distance. Walker drained a 3-pointer with seven minutes left to tie the game, and Hightower made a 3 two minutes later to give his team a one-point advantage before Tulsa’s 8-2 run.

“Earlier in the season, we’ve had a lot of games like that,” Igbnau said. “I think that prepared us well for moments like this. I looked around (late in the game) and I think everybody was pretty confident.”

Eric Bailey: Lasting memory was photo with my son, who was in the TU band

The University of Tulsa was head and shoulders better than an American Athletic Conference opponent, something that has rarely happened since the 10-win season in 2016.

Until the coin toss, University of Tulsa coach Philip Montgomery might doubt whether Friday night’s game at South Florida will be played.

The stop-and-start nature of the season has been difficult to navigate, with three games canceled and two others postponed because of COVID-19.

John Flanders: 'I didn’t know I caught it at first'

TU at USF: Storyline, matchup and player to watch

Bruce Howard: 'You wondered if they could actually go there and win'

Tulsa’s Jeriah Horne (right) shoots over Tulane’s Jordan Walker during the first half of the Golden Hurricane’s 62-57 win against the Green Wave on Tuesday at the Reynolds Center. Horne hit a key late 3-pointer as TU moved into a three-way tie for first in the AAC. IAN MAULE/Tulsa World

Tulsa’s Martins Igbanu (left) goes up for a shot as Tulane’s Nobal Days tries to block it. IAN MAULE/Tulsa World