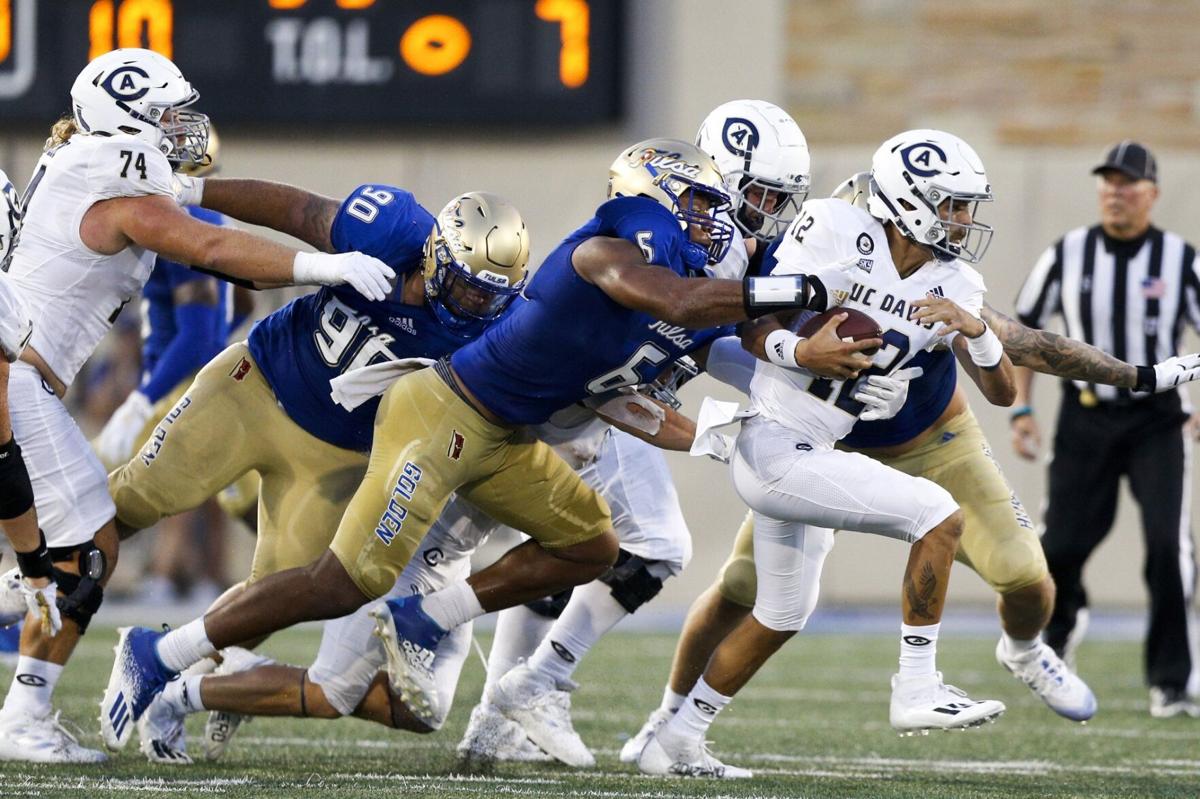 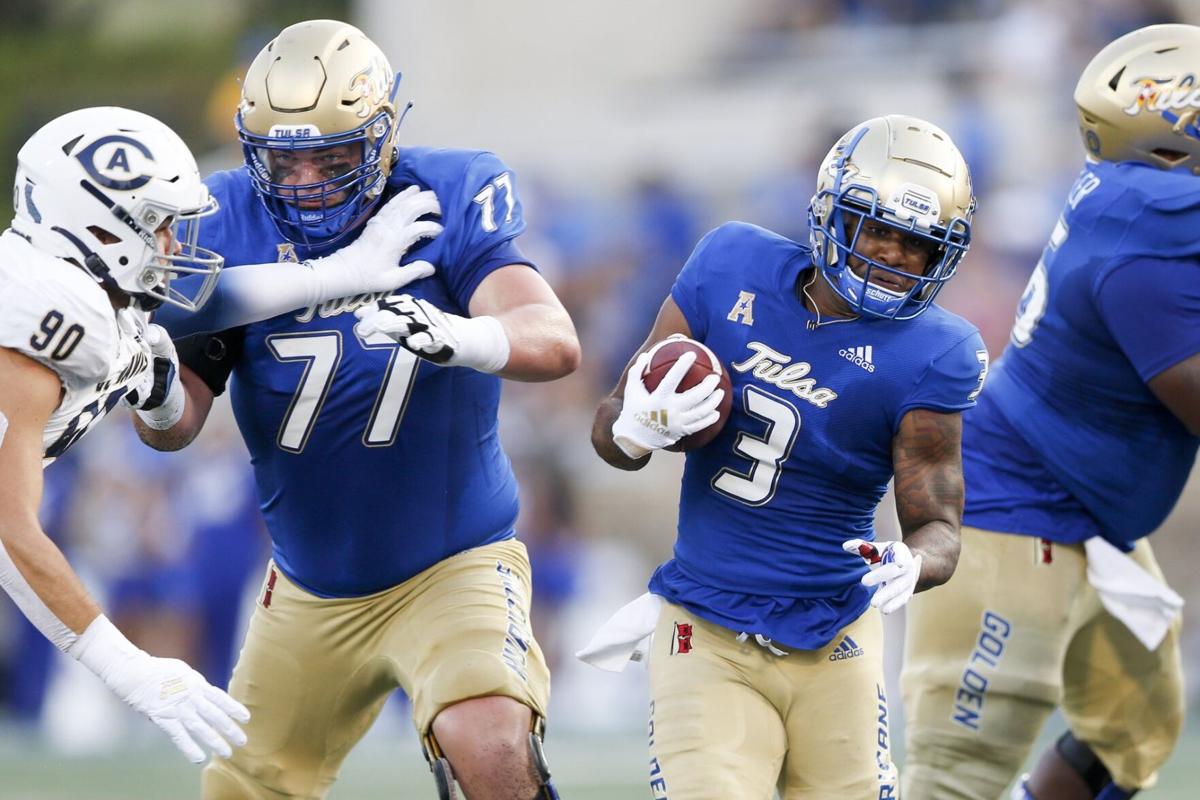 Shortly before Thursday’s kickoff, the University of Tulsa announced six players would miss the game with UC Davis as a result of suspensions stemming from the postgame Armed Forces Bowl brawl against Mississippi State in December. An additional three players were suspended for a half.

Among the players who did not play were four starters: safety TieNeal Martin, linebackers Treyvon Reeves and Justin Wright, and offensive lineman Tyler Smith.

Aside from the nine suspensions, four more players were disciplined in other ways.

Running back Steven Anderson, a 242-pound transfer from Southern Miss, punched in a short touchdown in the second quarter. Anderson, who opted out in 2020, also played quarterback and tight end at Southern Miss and totaled nine touchdowns.

Tipton takes over on kickoffs

Redshirt freshman Tyler Tipton handled kickoffs in the season opener after Zack Long had those duties the past two years.

Long remained the placekicker, connecting on a 41-yard field goal attempt in the first quarter.

For the 30,000-seat H.A. Chapman Stadium, Thursday’s attendance was announced as 15,085, although the actual turnout appeared much smaller.

While in town for the game, the UC Davis team visited Greenwood Rising, which is dedicated to the history of Black Wall Street before and after the Tulsa Race Massacre.

An uninspiring and uneven performance in the season opener turned into a full-blown disaster Thursday night for the University of Tulsa, which…