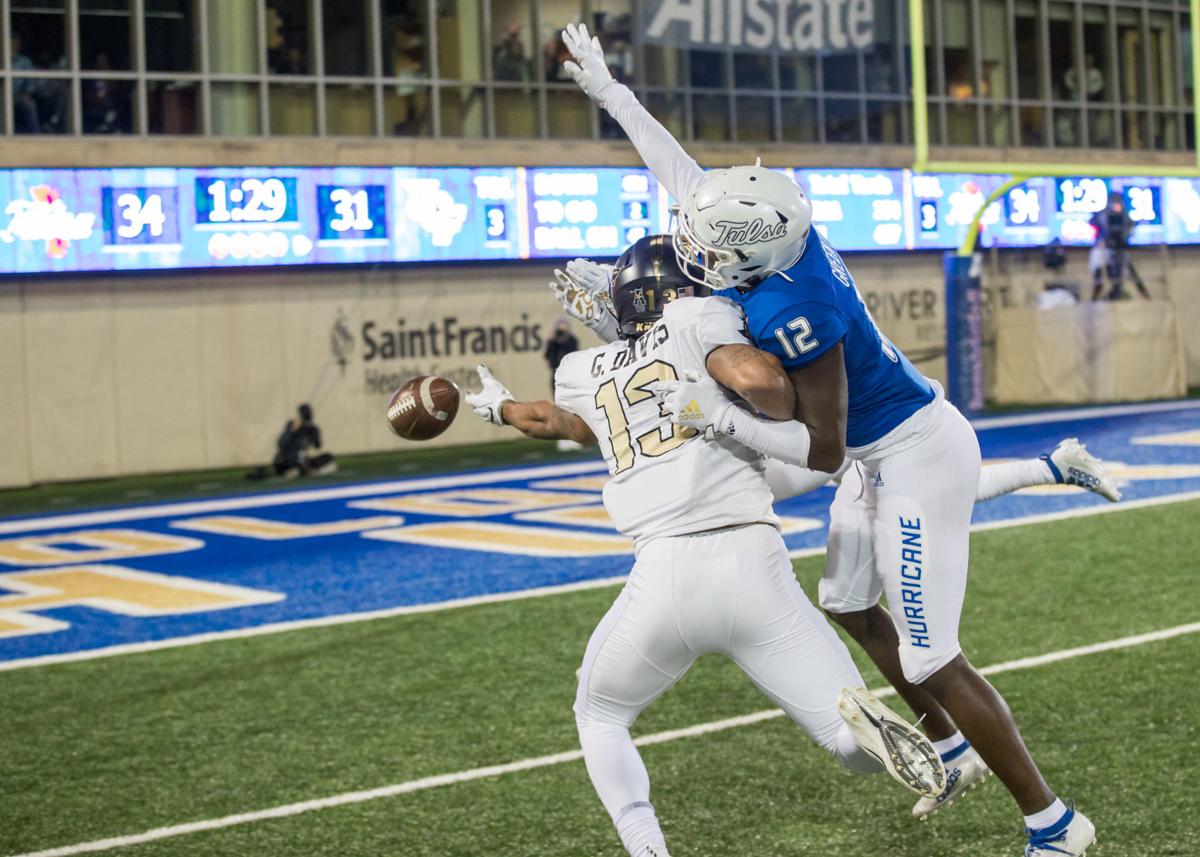 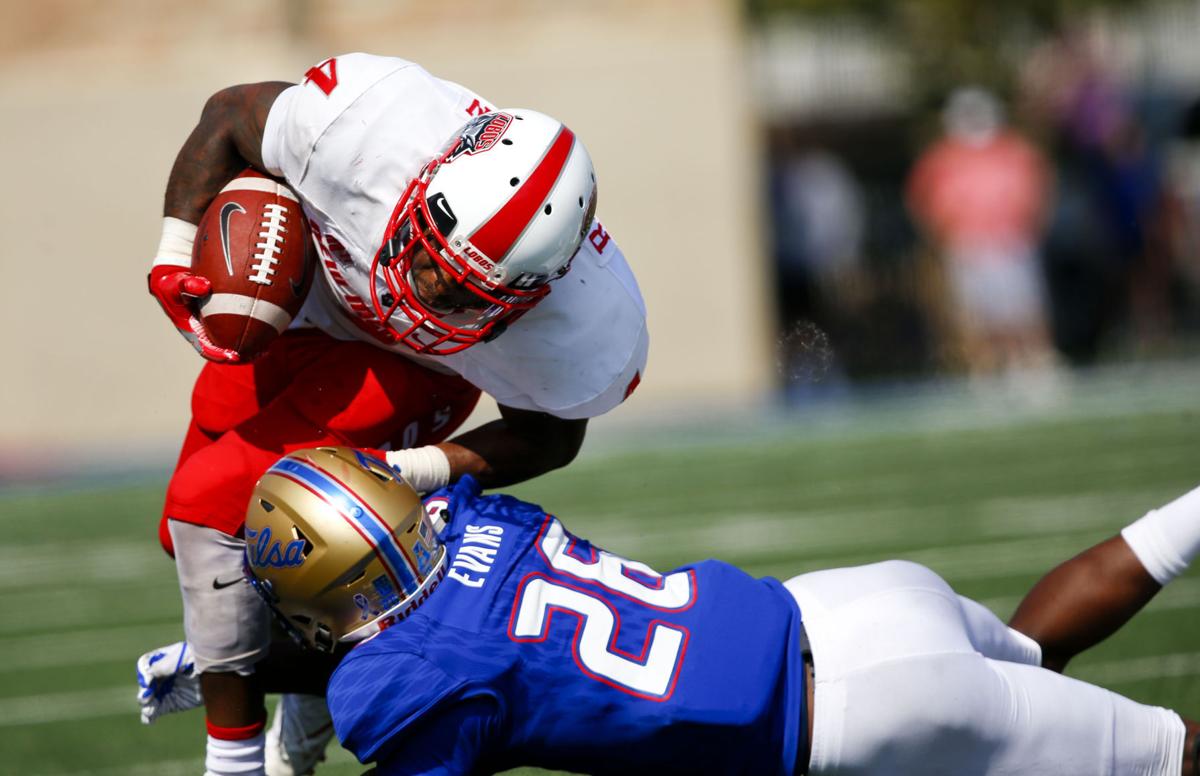 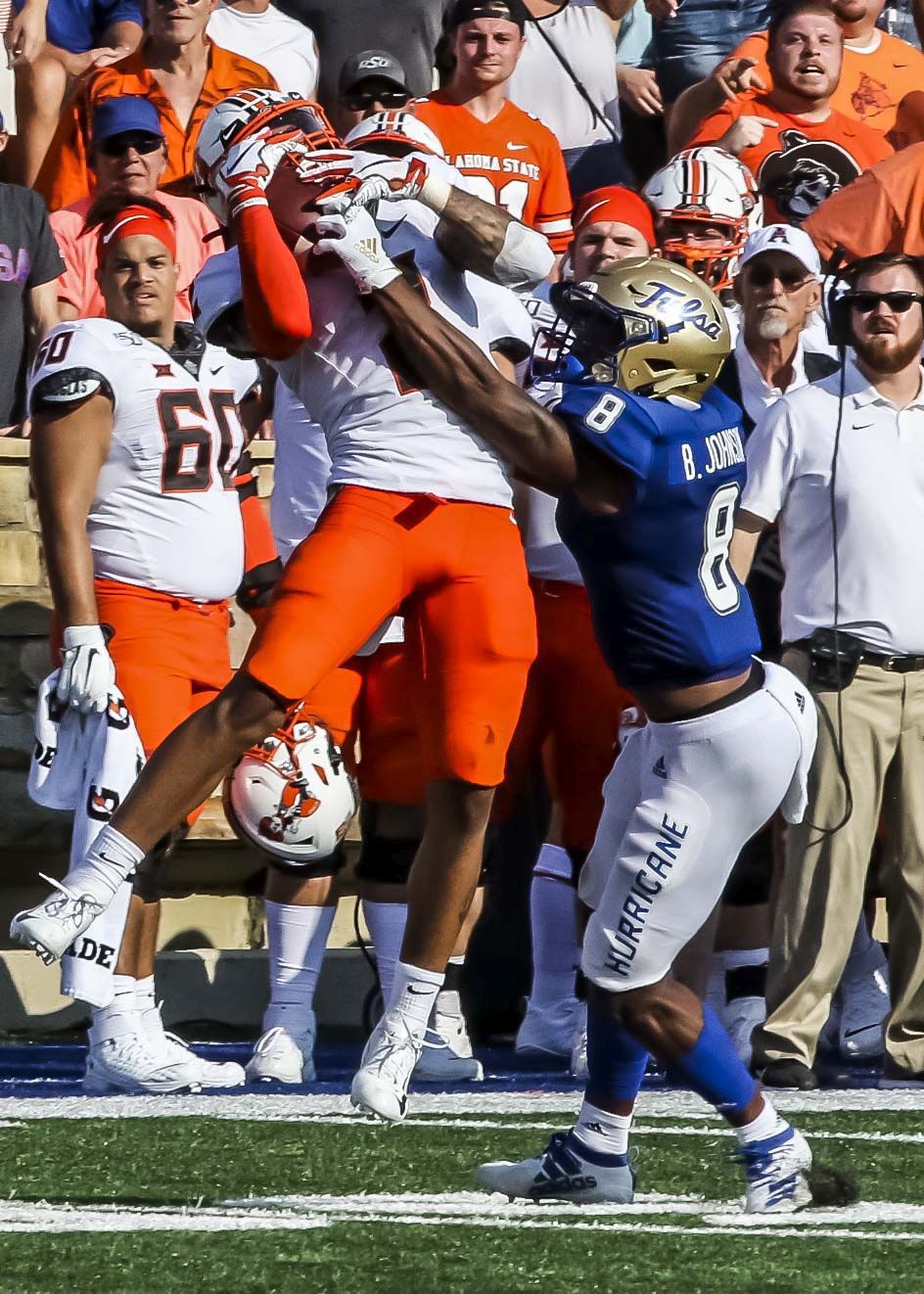 For the University of Tulsa defense, the toughest challenge of the season likely will come in the first game.

On Saturday at No. 11 Oklahoma State, the Hurricane will go up against one of the nation’s top offenses, headlined by the playmaker trio of Spencer Sanders, Chuba Hubbard and Tylan Wallace.

“We’re going to get a good test here early,” TU coach Philip Montgomery said. “But they are dynamic, especially at their skill spots, and we understand that. We’ve seen that. We’ve got to do a good job, especially early in the game.”

When the teams met last season, the Cowboys scored on the first play, a 75-yard run by Hubbard, and jumped out to a 17-0 advantage. After TU recovered to lead by one at halftime, OSU put the game away with unanswered touchdowns from Sanders, Wallace and Hubbard.

The primary difference in the game was the Hurricane’s inability to stop Hubbard, who rushed for a then-career-high 256 yards and three touchdowns and averaged 8 yards per carry. This season, Hubbard is a preseason Heisman Trophy candidate.

“Obviously, Hubbard is fantastic,” Montgomery said. “He’s so dynamic. He does so many things well. He runs the football like no other. He’s got great speed. He’s strong. He runs through tackles. He’s got great vision. He does a great job in the passing game.”

Aside from a 90-yard touchdown catch, Wallace was largely contained by the TU secondary last year, limited to 28 yards on his four other receptions. Veterans Allie Green IV and Akayleb Evans are among the cornerbacks who will be tasked to again defend Wallace.

“They have a good receiving corps,” Green said. “I look forward to this matchup. … This will be fun.”

One of the top receivers in college football, Wallace ranks third among active FBS players with 2,512 career receiving yards and is second with 20 career receiving touchdowns. He is back after a torn ACL derailed the second half of his 2019 season.

“I’m watching the Iowa State game the other day when they played (last year),” Montgomery said. “Four guys get him. Nobody tackles him. He takes it down the sideline, stiff-arms one guy to the ground and high-steps over the next one for a touchdown. That’s a 70-yard play. He’s just dynamic in what he does and that’s not even talking about when he just stretches the field and goes vertical.”

The other piece of the puzzle is Sanders, a rapidly maturing quarterback who was the Big 12’s offensive freshman of the year last season. He set a freshman program record by passing for 2,065 yards despite missing the final two games with an injury.

“He’s got a really, really talented arm, in my opinion, but he’s dynamic with his feet when they ask him to run and when the pocket breaks down or a play breaks down,” Montgomery said. “They’re bringing all of those weapons back. We can’t allow those explosive plays defensively. We’ve got to make them earn yards.”

Tulsa’s Patrick Dever recorded a sixth-place finish in the 5,000-meter run at the NCAA Division I Outdoor Track and Field Championships in Eug…

Two of the central figures within the Hurricane's veteran defense are seemingly headed elsewhere.

Gragg was athletic director at Tulsa from 2013 until last year, when he left to join the NCAA.

A limited number of tickets for the Tulsa-Oklahoma State football game in Stillwater are available for TU fans. The BOK Turnpike Classic is sc…