TU coach Frank Haith opens up about his nephew being killed by police in 2006: 'It's something that’s been with me for a long time'
0 Comments
Share this
{{featured_button_text}}
1 of 2 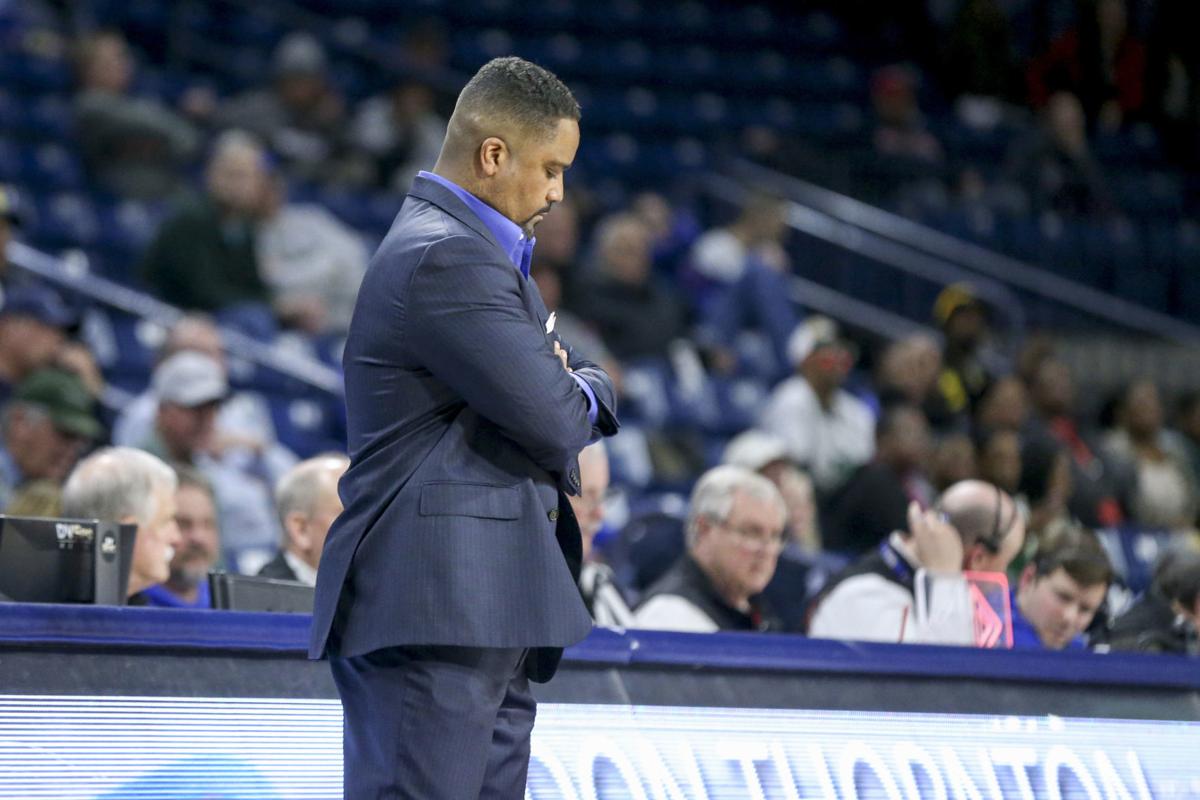 The 23-year-old nephew of Tulsa coach Frank Haith, pictured, was killed by police in 2006.

When his nephew was killed by police in 2006, Frank Haith wasn’t ready to talk about it.

With recent incidents prompting a renewed national dialogue about racial injustice and police brutality, Haith is ready to talk about it now.

“It’s something that’s been with me for a long time,” Haith said Tuesday, his voice cracking with emotion. “I just never talked about it. ... I don’t know that I felt comfortable.

Sean Bell, the 23-year-old son of Haith’s brother, was shot in Queens in the early-morning hours of his wedding day when leaving his bachelor party. New York City police, in plainclothes and undercover, fired 50 rounds into Bell’s car, killing him and injuring two of his friends. Three detectives went to trial but were found not guilty.

“Because I was able to see it and live it with my family, (I know) it can happen to any of us,” Haith said. “I’m a black man. I have two black children and I coach black players. That was something I lived through. I explained that to my team, about how hurt I was and how that affected me.”

At the time of his nephew’s death, Haith was the head coach at the University of Miami and declined to talk publicly about what happened, citing an ongoing investigation. Because of the pain, he also didn’t talk about it privately with his players.

“I feel really guilty about it … that I didn’t use that platform to speak about it,” Haith said. “I was ashamed because I didn’t. I think (the recent death of) George Floyd has opened a lot of doors for people to have these difficult conversations.”

In light of Floyd’s death in Minneapolis on May 25 along with the killings of Breonna Taylor in March in Kentucky and Ahmaud Arbery in February in Georgia, Haith embraced opportunities to talk about race with his University of Tulsa team.

“It was very healthy and it was very good for our program to have those discussions,” Haith said. “As horrific of an event it was with George Floyd’s murder, it’s allowed doors to be opened to have these very difficult conversations and we as a staff thought it was important to educate.”

The basketball team went on a unity walk Monday to honor the lives of Floyd, Taylor and Arbery, starting at 10:14 a.m. (Floyd’s birthday was Oct. 14), pausing 27 seconds for a moment of silence (Taylor would have turned 27 last week) and walking 2.23 miles to the Greenwood Cultural Center (Arbery’s birthday was Feb. 23).

Inside the Greenwood Cultural Center, the players learned more about Tulsa’s Black Wall Street and the 1921 Race Massacre.

“I thought it was important for us to share with them information that we could give them about something so close to us here in town,” Haith said. “I know it’s something very sensitive to talk about. A lot of people don’t talk about it. It’s not talked about in the history books here, but it is something that happened.”

Haith, who advised his players to participate in peaceful rallies rather than looting or rioting, said he is encouraged by what he’s seen across the nation and is more optimistic than ever about the potential for change.

Gallery: People gather to protest outside the Tulsa Police Department

Protestors gathered at Ator Elementary in Owasso Friday for a peaceful march down 86th Street toward Owasso High School.

Amid chants of “Black lives matter” toward the march’s end, friends Ryan Phillips and Dominique Hamilton paused to offer their thoughts on why…

The 23-year-old nephew of Tulsa coach Frank Haith, pictured, was killed by police in 2006.