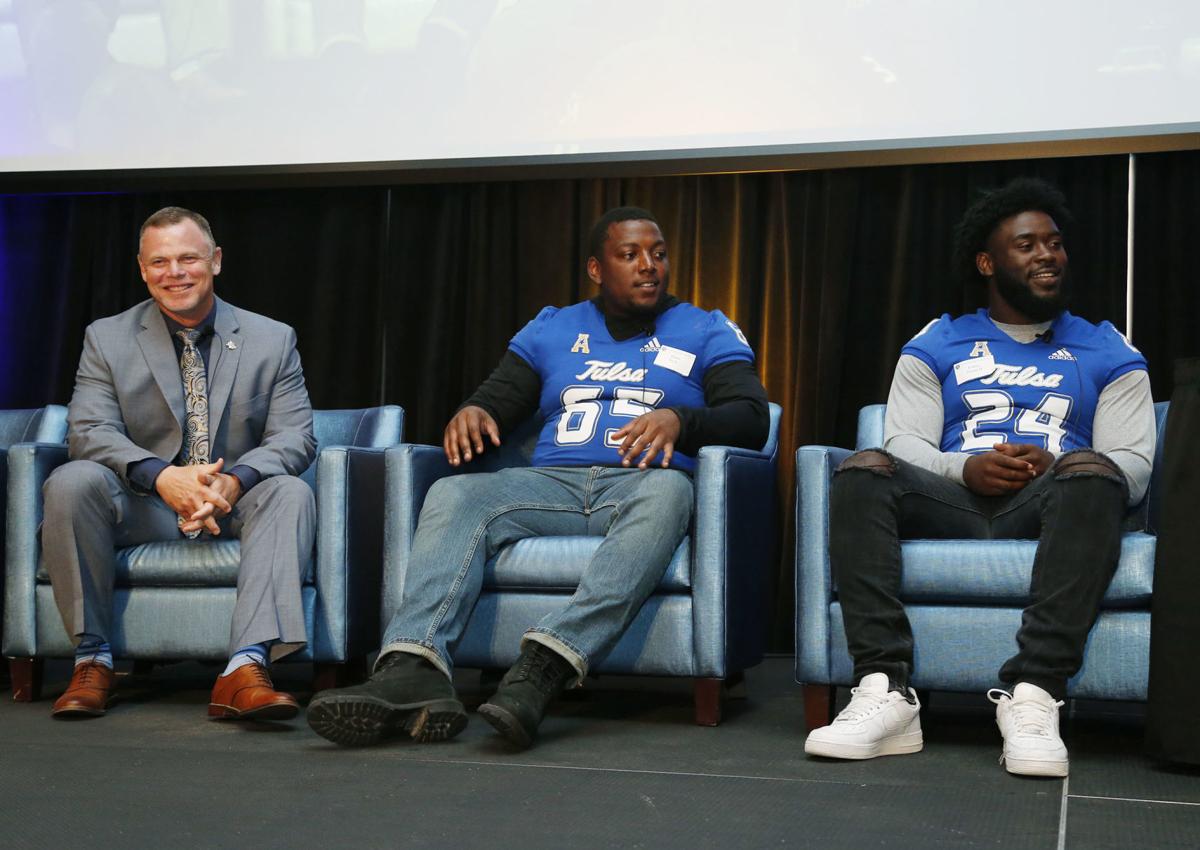 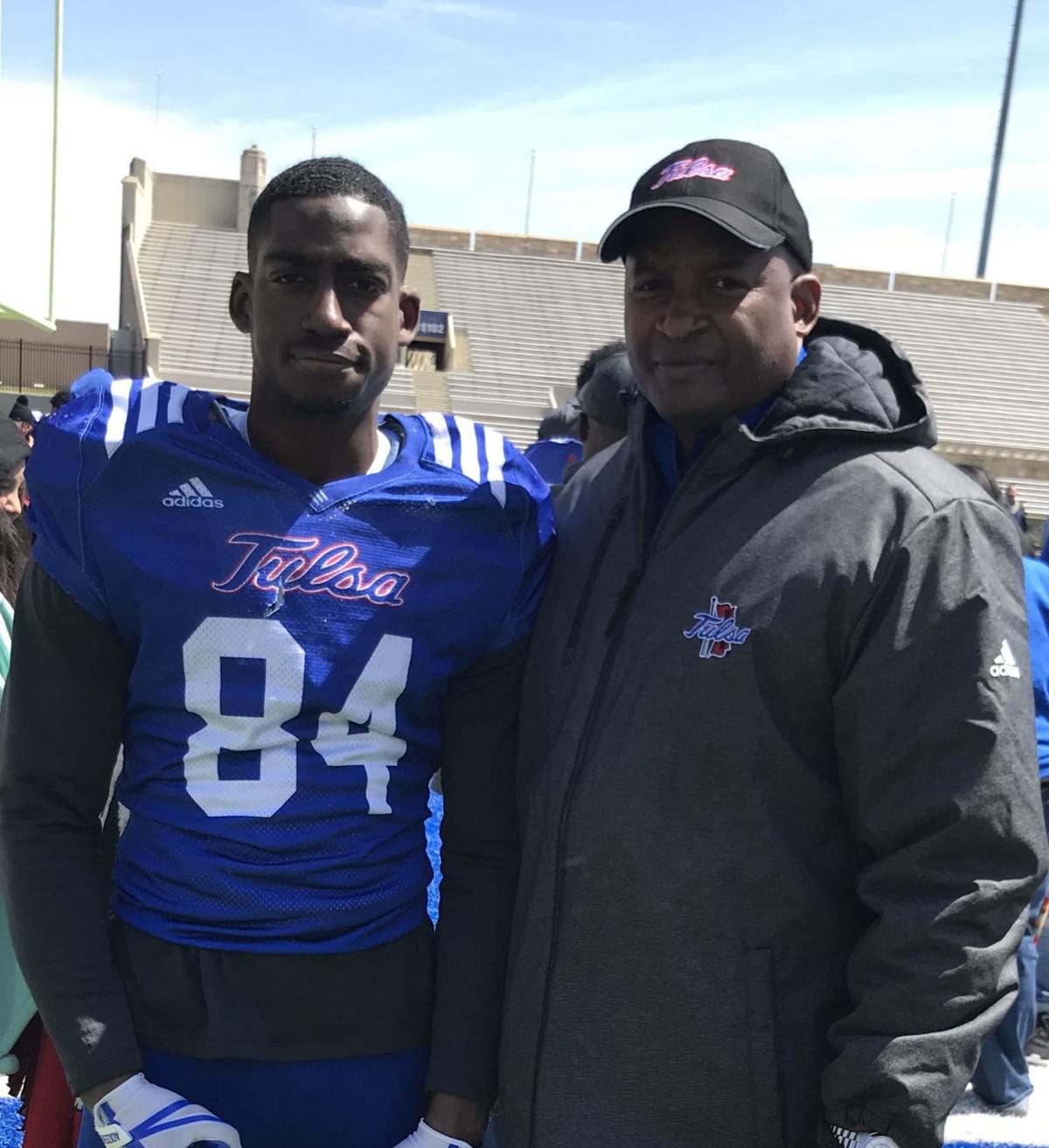 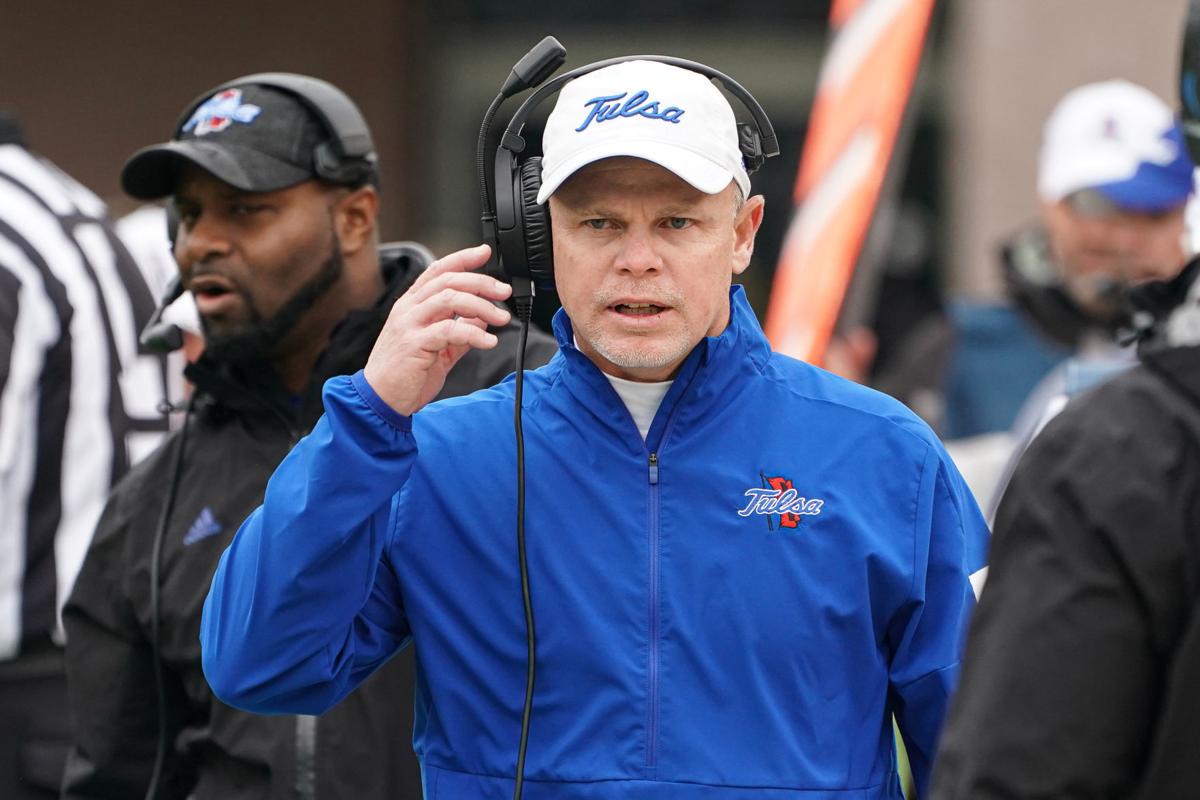 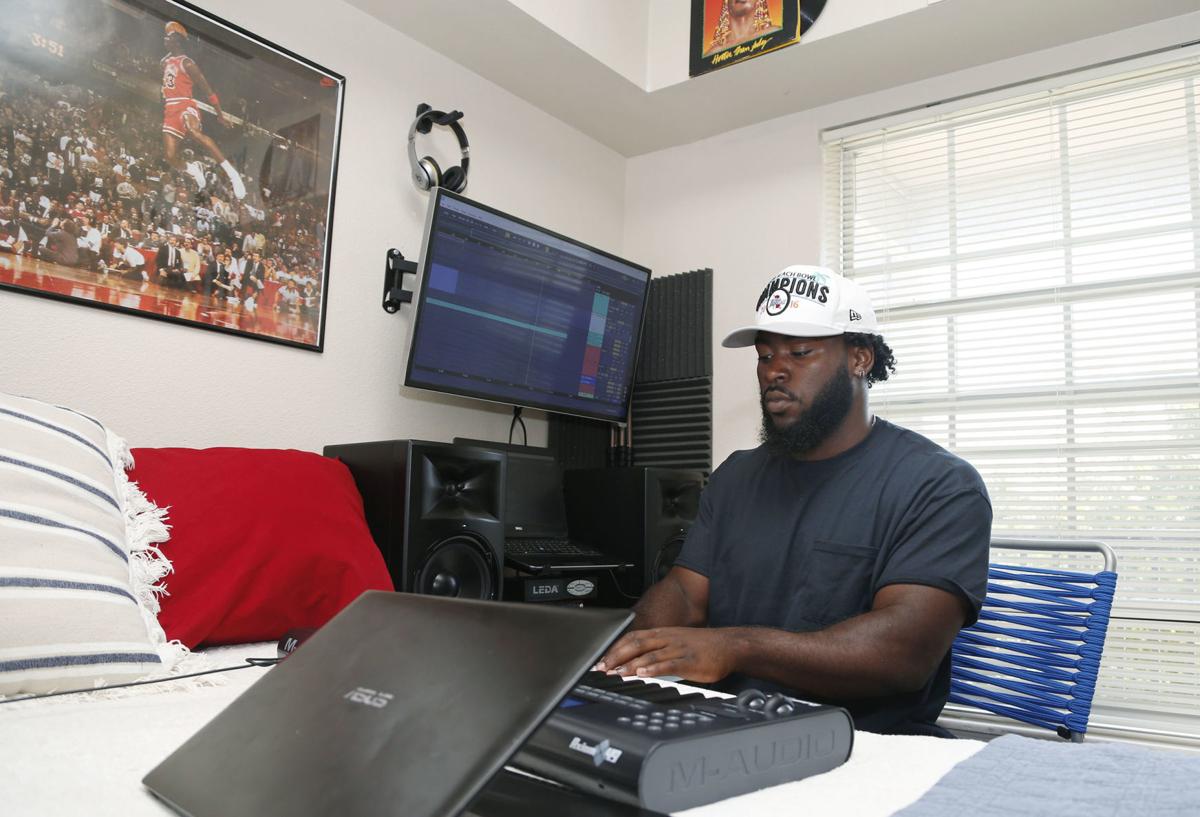 University of Tulsa running back Corey Taylor II not only is musically inclined — he has a music studio in his apartment bedroom -- he and former teammate Avery Gragg produced a video on race called “Conversations That Matter.” STEPHEN PINGRY/Tulsa World file

University of Tulsa running back Corey Taylor II not only is musically inclined — he has a music studio in his apartment bedroom -- he and former teammate Avery Gragg produced a video on race called “Conversations That Matter.” STEPHEN PINGRY/Tulsa World file

It had been 48 hours since the University of Tulsa’s “Conversations That Matter” video was released on social media. As Golden Hurricane football coach Philip Montgomery detailed his role as a guest in the production, he also mentioned that his team had to have meaningful conversations about social injustice.

“Conversations That Matter” was a video that highlighted conversations about race and was produced by TU running back Corey Taylor II and former player Avery Gragg. While snippets of those recorded conversations were released in hopes that many would watch, Montgomery and his staff planned private meetings for his staff and players to have similar conversations.

“We’ve had several team Zoom calls, if you will, really trying to provide them a space and a platform to be comfortable to be able to get up and say whatever they wanted to say — let them talk about their experiences, let them talk about what they’re feeling,” Montgomery said in his last video conference with media. “There’s so much emotion involved in everything that we’re talking about, and so we’ve just wanted to give them a space to allow them to kind of voice some of those things. And then we tried to do a really good job of listening to our players, and we’ve been able to do some things from an action standpoint that we felt like that were going to be really positive on a lot of different fronts, and I think our team has really supported that part of it.”

Montgomery would not provide details of the actions the program plans to take or what was discussed, saying he wanted those meetings to remain private so players can feel comfortable.

“I’d rather leave that between us as a team,” Montgomery said. “That’s the space that we wanted to create. We wanted to create a space that guests felt comfortable, they felt secure and safe in that environment that we were in and wanting to talk and express our feelings.”

Taylor said what prompted the “Conversations That Matter” video was thinking about friends and teammates he’d known for years but never had these difficult conversations with. Although the video included participants from the women’s basketball team, as well, Taylor and Gragg’s original vision was the football locker room.

“Conversations That Matter” was the first public display of action by the TU football program for racial injustice. Members of the football program who participated included coaches Montgomery and Aaron Fletcher, and players Chris Paul, Seth Boomer, Josh Johnson and Tiller Bucktrot.

“But as a team, through this whole process we’ve been moving forward. We’re focusing on having these conversations regularly so that we can bridge that gap so we can become even closer as a unit. So I think what you see on screen is some of the conversations that had already began to take place very recently right before the video. So it was awesome to be able to see, to put together because those are the environments that we are in, and I think you start with where you are, and then you continue to try and duplicate the success of those conversations and the effectiveness of those conversations as you’re able to be successful in it in your own place.”

Montgomery said the first action to take was listening, even those in charge.

“Some of it’s hard to hear, right?” Montgomery said. “I mean, there’s obviously things that all of us can do better. There’s some things that you have to really open up your ears and heart and listen and continue to strive.