The Oklahoma Sooner Schooner heads across the field after the Sooners scored a first-half touchdown against Western Carolina during last Saturday’s game in Norman. 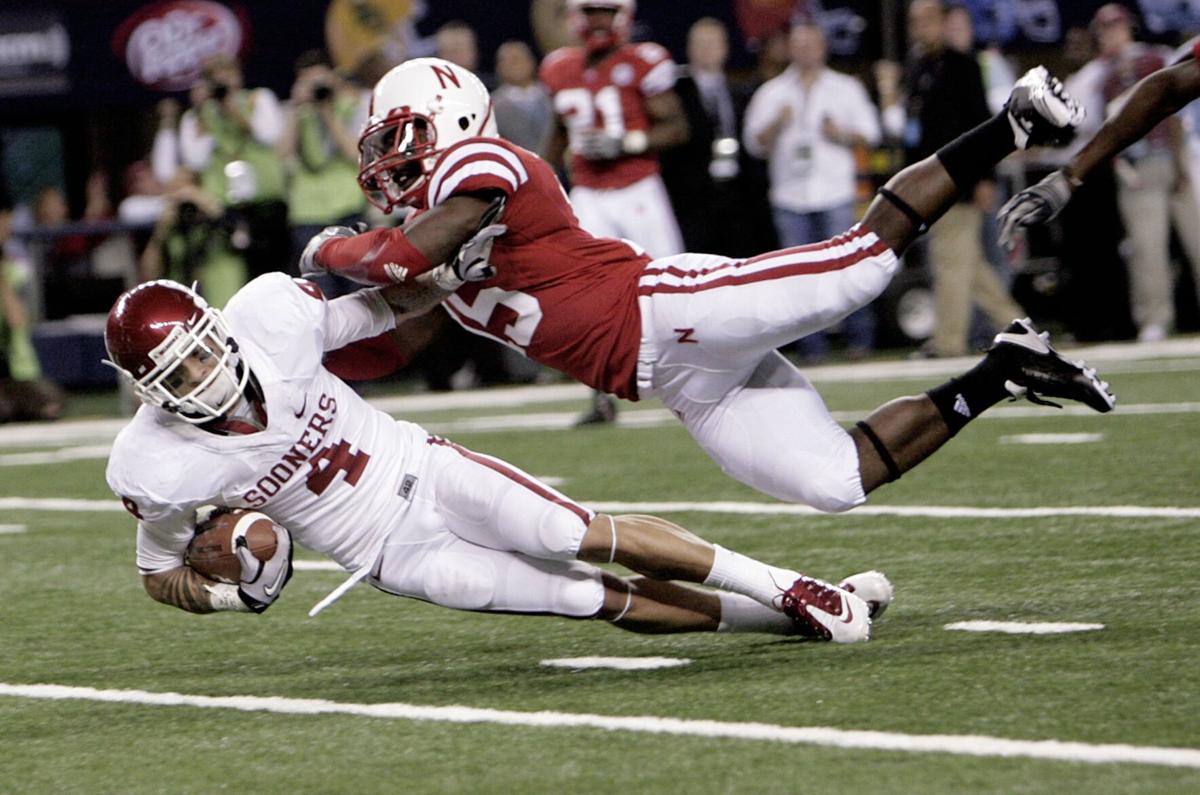 John Shinn For the Tulsa World

NORMAN — Oklahoma’s video production staff had a tough job to do.

As team meetings began on Monday, coach Lincoln Riley wanted some highlights on the OU-Nebraska rivalry. Great, the group must have thought, we have to whittle one of the 20th century’s greatest rivalries down to a few minutes.

“It honestly felt a little like, how do you pick just one? It almost minimizes it,” Riley said. “So I visited with them about it. We had a little slide prepared that showed the history of it, when it started, highlighted some key games, all the different players, all the different 1-vs.-2 matchups, all the significance for conference and national championships.”

There was a time when the sporting world stopped when the Sooners and Cornhuskers collided. It was one of those games TV networks and casual fans circled right along with both schools’ fervent fan bases. Big Eight Conference championships, Orange Bowl berths and potential national championships hinged on the outcome.

But those days faded like TV dials, rotary phones and comfortable airline seats. Riley wasn’t going to waste valuable meeting time discussing a once epic rivalry. The last annual game between OU and Nebraska was in 1997. Their last meeting was the 2010 Big 12 championship game. They haven’t come in contact since the Huskers departed for the Big Ten Conference the following season.

To a group of 18- to 22-year-olds, that could seem like sitting through a discussion on Athens vs. Sparta. There’s an upper-level course available if one wants to take it.

“We talked a lot about, again, just the importance to our former players, people that were a part of that rivalry, and if it’s important to those people, it’s important to us,” Riley said. “So, that was a good educational piece for all of us.”

But the educational ethos at the Switzer Center is centered on getting players to lock in on the immediate tasks. The third-ranked Sooners (2-0) face the Cornhuskers (2-1) at 11 a.m. Saturday at Owen Field.

It might be the 50th anniversary of the 1971 Game of the Century, but the framework has greatly changed. The Sooners, seemingly, returned to form in last Saturday’s 76-0 victory over Western Carolina. The Sooners want to build on it. One of the cited reasons for the dominant performance was the players’ focus after a lethargic second half in the season-opener against Tulane.

Nebraska, which has gone 12-21 under current coach and former quarterback Scott Frost, will have the best athletes the Sooners have faced thus far.

“This is a major test this weekend,” defensive coordinator Alex Grinch said. “The speed, that tackle that you made by the skin of your teeth is going to be a missed tackle this weekend. That’s fact, right? Close is not gonna cut it … The level cranks up, which is exciting, and it’s a major challenge for us.”

A quarter-century ago, no OU coach would need to give a history of why. These programs once used each other as barometers, and the need to beat the other pushed both into college football’s highest echelon.

In 2021, the bridge that connected the schools is gone. Living in anything other than the present is the easiest way to get beat. For fans older than 40, Saturday will be a special day. OU-Nebraska is alive again.

OU’s players get where the hoopla is coming from. They’re not required to soak in the history lesson.

View from the sidelines: Western Carolina at Oklahoma

Nebraska at No. 3 OU

The extent of Carson Wentz's injury

The Oklahoma Sooner Schooner heads across the field after the Sooners scored a first-half touchdown against Western Carolina during last Saturday’s game in Norman.