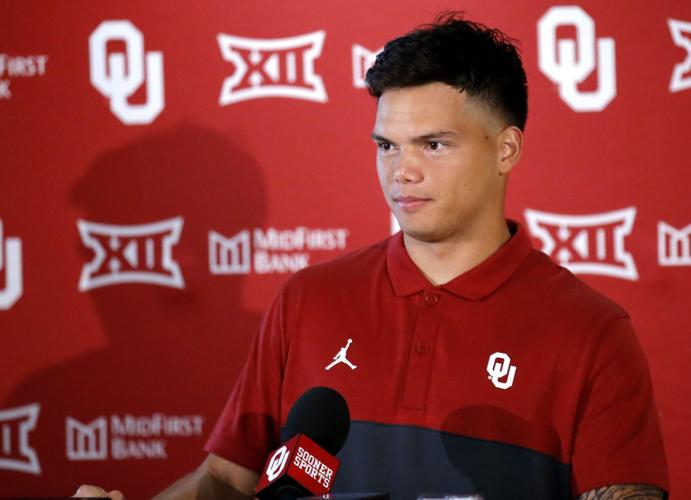 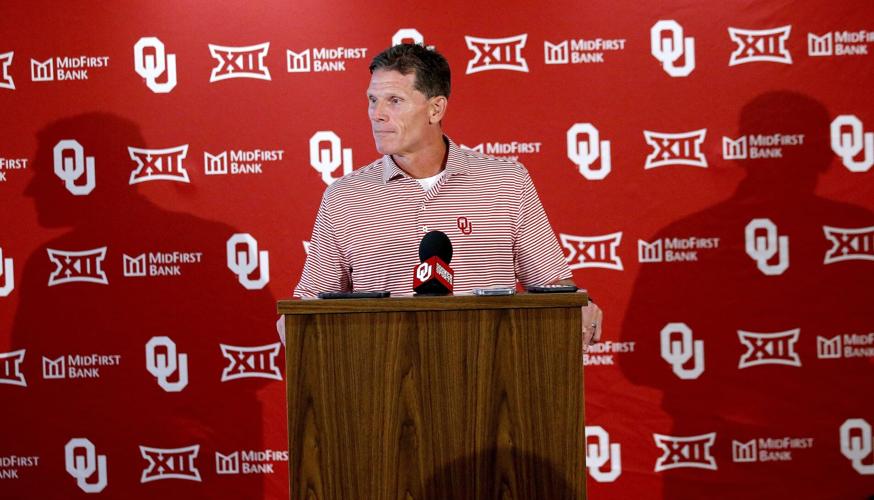 NORMAN — Oklahoma’s quarterback room grew with transfers Davis Beville and General Booty during the off-season, which was “incredibly important” according to new offensive coordinator Jeff Lebby.

Despite Beville’s experience as Pitt’s backup quarterback and Booty’s work at Tyler Junior College, the Sooners still remain young at the important position.

“What’s still a little concerning as we sit here today is we’ve got one guy (projected starter Dillon Gabriel) that’s thrown a bunch of footballs in live action,” Lebby said on Tuesday. “Davis has got some action which is huge, being able to add that to the room. General in the same light has played some college ball at a much smaller level.

“But those guys know how to work. They know what it means to be a quarterback. They’ve got great presence about them. They’ve done everything the right way. I’m excited about getting on the grass with them for sure.”

Oklahoma’s media day event was held on Tuesday at Memorial Stadium. The program will open fall camp on Friday.

Former coach Lincoln Riley played coy about naming a starting quarterback during August, even when a future Heisman Trophy winner like Kyler Murray sat in the locker room.

Entering 2022, Gabriel has already been pegged as the starter. The former UCF quarterback had two-plus years of success at the American Athletic Conference school — including one season under Lebby — before moving to OU in January.

Gabriel suffered a season-ending broken collarbone in the Knights’ third game last fall, which placed an emphasis on the backup quarterback situation. It’s the only major injury of his playing career.

The situation proved how important a backup can be. It’s also why Lebby will vet all of the new faces in the quarterback room.

“It gives us a lot more comfort, all of us as a coaching staff, having more proven guys in the room at that position,” OU coach Brent Venables said during Big 12 Media Days last month. “There’s nothing like experience and then you have to have some depth. We all would have been really uncomfortable all year had you not added some personnel additions.”

“That quarterback spot, it’s not just one guy. I’m going out there and obviously playing, but when you come off the field, the people you’re talking to inside the film room, just setting the tone in that the QB room is just being really open and honest and not having a situation where you can’t feel that way,” Gabriel said. “Me, Davis, General, Ralph, Micah, Nick, we’re really close and I think you need to have that in the QB room if you want to be successful as a team.”

“I knew Davis from his high school days (at Greenville, S.C.),” Venables said. “My sons played against him in high school. He’s a great player and great athlete from Greenville.”

Booty (6-2, 186) — who played at four different high schools and graduated from Allen (Texas) High School – had a good 2021 at Tyler. He threw for 3,115 yards and 25 touchdowns, including a 528-yard, eight-touchdown performance against Navarro.

Lebby spoke about Booty’s adaptability after learning multiple schemes in high school and at Tyler.

“That’s a huge deal especially at that position. Being able to walk into that room and have everybody say, ‘Hey I believe in this guy.’ General has got that about him,” Lebby said. “He’s been put in a bunch of different situations. Not at this level, but he’s a kid that had to bounce around and find a way to make it work, and he’s made it work and he’s ended up here and he’s got a great opportunity.”

The fourth scholarship quarterback is Nick Evers, a true freshman who enrolled early and took part in spring drills.

Lebby was asked about the 6-3, 186-pounder from Flower Mound, Texas.

“Nick is very, very talented. I love where he’s going to end up when it’s all said and done,” the OU offensive coordinator said. “He understands the reset process as you come into college and having to reset and be in a room full of talented guys. But Nick’s got a big-time future. I’m excited about what he’s going to end up being here for us.”

Bowens (5-11, 189) transferred for OU from Penn State last season. He hasn’t taken a snap in a game during the past two seasons.

Rucker (6-0, 207), a walk-on, has only played in one game. He completed two pass attempts for 20 yards against Western Carolina in 2021. He was also the backup quarterback in last year’s Alamo Bowl.